“It was an unbelievable coincidence, one of those–the truth is stranger than fiction.” – Michael Finkel

The release of Jonah Hill’s new drama, aptly named True Story, is just a few weeks away, and sees Hill play Michael Finkel – a disgraced New York Times who has his life turned upside down when he discovers that an accused killer, Christian Longo (James Franco), uses his identity while on the run. Finkel relentlessly pursues the true story behind Longo, who was captured for murdering his wife and three children in Oregon. The film also stars recent Oscar nominee Felicity Jones as Finkel’s wife, Jill.

We try to separate fact from fiction and tell the True Story of Michael Finkel and Christian Longo. 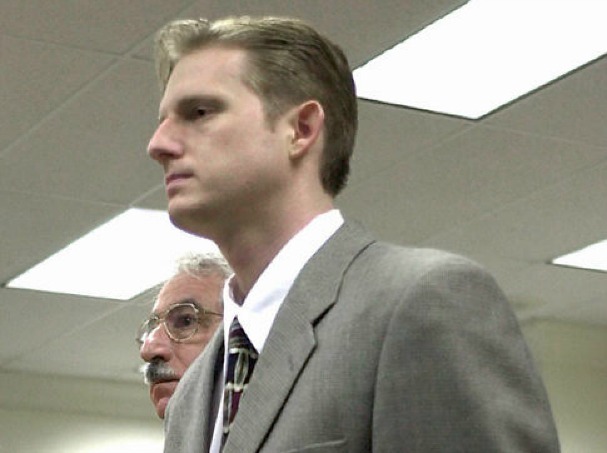 At 17 years old, Christian Longo met 24 year old MaryJane Baker. The two became an item and the couple got married in 1993. Longo had shown no signs of violence at this point, although employers had repeatedly caught him stealing – a pattern that continued after MaryJane gave birth to their kids, Zachery, Sadie, and Madison. Longo opened his own business in 2000 and he was soon forging checks from his customers.

Longo’s crimes escalated when he rented a car under a false name and took out a line of credit in his father’s name, racking up $100,000 in debt. This meant Longo upped his family and relocated to Oregon in search of a fresh start. By this point Longo was on probation, broke, and became increasingly angry about the state of his life. Despite not being able to afford it, Longo moved his family to an upscale condo complex in Yaquina Bay, Newport.

On the 18th December 2001, employees of a motel that the Longos had previously stayed at in Oregon found baby clothes, women’s clothing, family photos, and MaryJane Longo’s ID card in a dustbin. Now working at Starbucks, Longo brushed-off the discovery, saying that the family had left some things behind during their stay.

He also told his co-workers at the coffee shop that MaryJane had been having an affair and that she left him to return to Michigan with their three children. On the same day, the car Longo had rented out illegally was found in a dealership containing sleeping bags, diving gear and a book called ‘Running from the Law’. 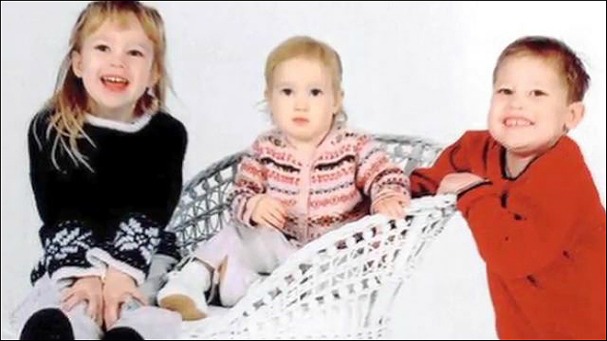 The Murders of the Longo Family

The body of Zachery Longo, Michael Longo’s four-year-old son, was found on the 19th December 2001 floating several feet from shore in the Lint Slough, a waterway off the Pacific Ocean, in Waldport, Oregon. Christian Longo become a suspect for the murders of Mary-Jane and his three children following the discovery.

Divers searched the same area for the bodies of the remaining members of the family and found the body of Longo’s three-year-old daughter, Sadie, on the 22nd December. The bodies of MaryJane and two year old Madison were found five days later by divers who discovered two suitcases floating metres from the Longo’s Oregon apartment. In one was the body of MaryJane, and in the other was Madison. Both were strangled, and MaryJane had suffered blows to the head.

Longo soon fled the US to Cancún where he told people he was the former New York Times writer, Michael Finkel.

On the 28th December 2001 he was charged in Lincoln County, Oregon with multiple counts of aggravated murder and with unlawful flight by a federal arrest warrant issued in the United States District Court for the District of Oregon.

Longo left the Cancún hostel on the 7th January in the new year, and was captured six days later without incident in the small town of Tulum, Quintana Roo, about 60 miles south of Cancún. He was taken into U.S. custody at the Houston, Texas airport on the 14th January 2002. Longo was sentenced to death in 2003. 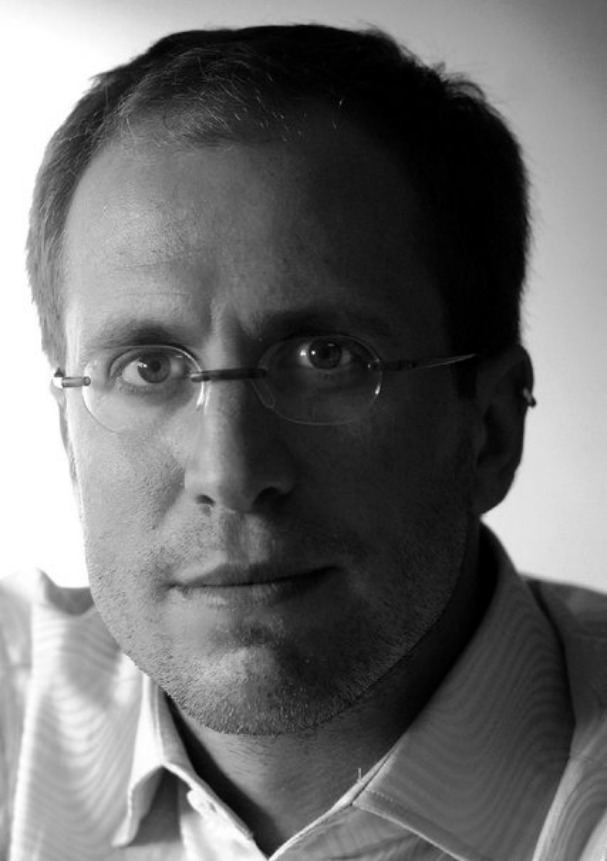 In 2001, Michael Finkel was sent to West Africa to write a story about child slavery in the production of chocolate by the New York Times. There were allegations that child labourers on the cocoa plantations of West Africa were enslaved.

As Finkel recalls, “It was very difficult to interview these young workers, and there were language barriers.” When he returned home from the trip, he realised his interviews didn’t tell enough of the full story and broke the first rules of journalism: “I made a very foolish decision, one that pains me to this day, to combine a number of interviews together to create the ideal interview, and I didn’t tell my editors of this, and I handed in a story that was essentially a combination of fact and fiction.”

At 10pm on 2nd February 2002, just a few days after he’d been rumbled and disgracefully publicly fired by the New York Times, Michael Finkel’s home phone rang. The caller was a fellow journalist from the Portland Oregonian who informed Finkel that a man had been charged with the murders of his wife and three children. That man, Michael Longo, had been on the run using Michael Finkel of the New York Times as his identity.

After lying low until the media frenzy had calmed down following his sacking, Finkel wrote to Longo in jail. After a month, against the advice of his defence team, Longo responded. Initially wary of each other, the two men soon became acquaintances. Finkel visited Longo in Lincoln County jail and found him a handsome, clever and charismatic man. Longo wrote Finkel long letters on yellow paper, sharing his feelings, showing off his literary skills and recalling his years as a Jehovah’s Witness.

The two shared weekly phone calls and exchanged letters before the Christian Longo’s impending verdict, bonding over the fact that they were both men who had been exiled by their former communities, according to Finkel.

Longo was indicted on seven counts of aggravated murder. During the trial, he claimed that MaryJane had killed Zachery and Sadie. Overcome with emotion, according to Longo, he took revenge and killed his wife as well as their third child, Madison. After his four-day testimony, the court declared him guilty and Christian Longo was sentenced to death by lethal injection. 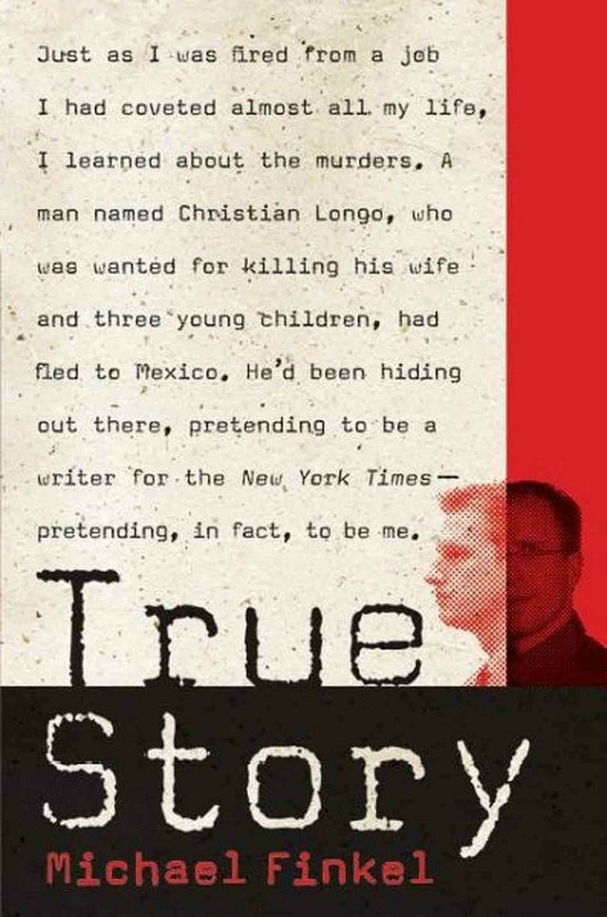 Finkel confessed to feeling serious hatred towards Longo after his conviction. According to the book, Longo even confessed to throwing his two older children off the Lint Slough Bridge while they were still alive. But he also gave Finkel several versions of the story in which he didn’t kill them.

Finkel says in the book that Longo had hoped that the journalist would bring out “the real story” to help him win acquittal. On the murders, or “tragedy” as he called it, Longo was less forthcoming. But when Finkel dared to ask him if he was guilty, he winked and said “I think you know.”

Over time, however, Longo shifted his position and began to protest his innocence. As the relationship deepened, Finkel began to trust Longo’s claims of innocence. However, as the book details, Finkel soon realised that Longo was using him as a dress rehearsal for what he’d tell the jury when the case came to court. This didn’t trouble Finkel too much as he’d been using Longo too – at the end of their encounters, he’d have something to write about and possibly find redemption as a journalist. 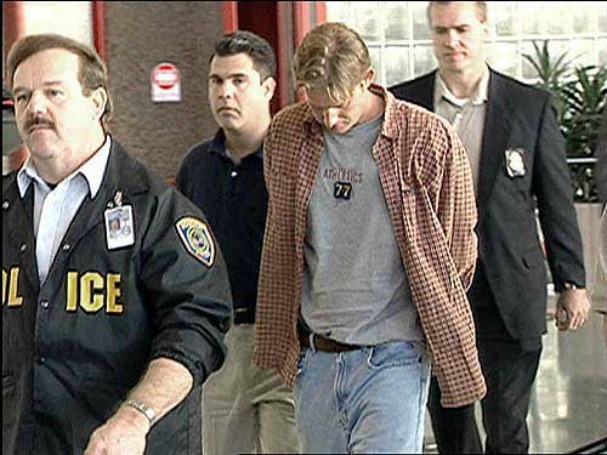 Ten years later, Christian Longo has begun writing about his dead family. In a letter obtained by KATU News, Christian Longo tells a woman he says he loves, how he’s come to terms with his crimes.

Talking about the trail, he says, “I got up on the stand and essentially blamed my wife for everything. I was still stuck in a phase where I couldn’t fathom the thought of me being capable of doing what I was convicted of.”

He writes that he eventually began “studying what a psychologist said I was and came to terms with it, almost totally agreeing that he was right … his conclusion was the narcissistic personality disorder which he called ‘compensatory’ — basically self-centeredness related to a damaged core sense of self.”

He even writes about the film ‘Seven Pounds’ and how it inspired him to want to donate organs to specific people based on the productivity of their lives, as Smith’s character does in the film. Longo claims his organ donation campaign is also a way for him to stay sane.

He goes on to state, “I dream a few times a week about my daughters. They’re usually happy and playing and it’s pleasant. But my mind, even in the dream, knows the reality. And it always switches to an image of my son that haunts me for the rest of that dream state. Sometimes, I get back to sleep, a lot of times I don’t. And unless I get distracted pretty quickly, the image sticks and I’m haunted throughout the day until it fades. I rarely dream of my wife and I don’t know what that means. I think it’s from a detachment from her long before the end — which I know sounds callous, but I’m being honest.”

Longo is currently still on death row in Oregon. The Oregon Department of Corrections has so far rejected Longo’s proposal to set up an organ transplant program involving death row inmates. In 2008, Michael Finkel and John Stanmeyer won the National Magazine Award for photojournalism for their piece ‘Bedlam in the Blood: Malaria’, published in National Geographic. 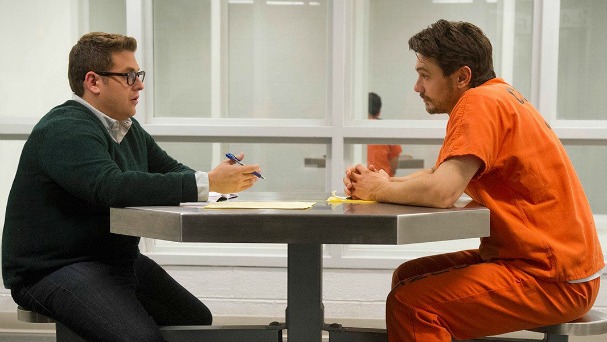 Brad Pitt’s production company bought rights to a film adaptation of True Story and Fox Searchlight Pictures signed a deal to distribute it. The filming of the True Story began filming in March 2013 in Warwick, New York and New York City, with Jonah Hill, James Franco and Felicity Jones on board to play the three leading roles.

True Story was shown at Sundance Film Festival in January 2015 to glowing reviews. It will be officially released in the US on the 17th April and in the UK on the 24th July. Check out the trailer below. 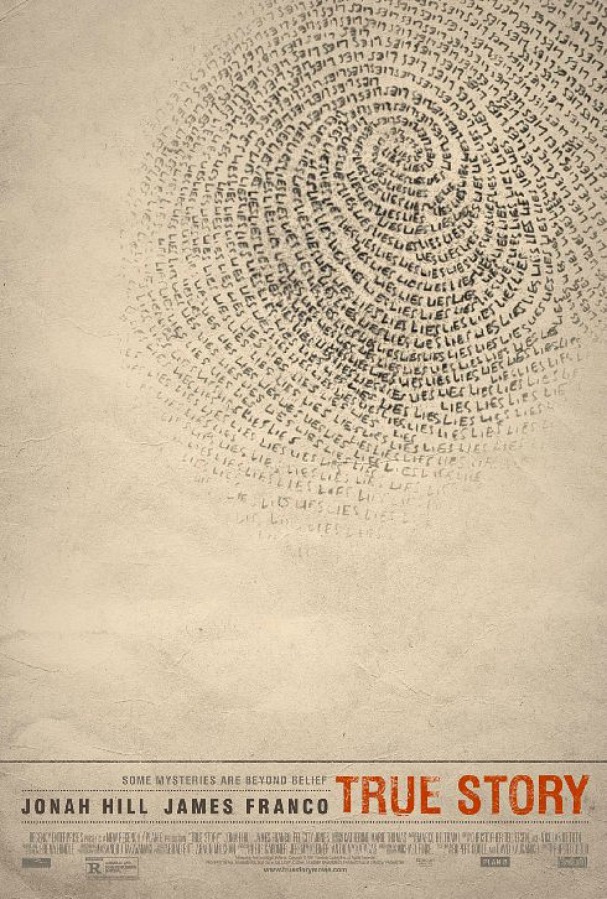