Architecture studio Precht has unveiled Bert, a modular treehouse concept which is characterised by its tree trunk-like shape and large round windows designed to make it look like the single-eyed Minions from Despicable Me.

The Bert treehouse system was designed by Precht for small homes start-up, Baumbau. Sitting on a circular base, Bert’s tube-shaped modular cells contain everything from kitchens and living spaces, to bedrooms and bathrooms. Each module can be stacked over and around another module, giving the final abode the aesthetic of a tree with its branches.

During the design phase of Bert, Precht used cartoons as their inspiration and cite the yellow henchmen with distinctive goggles as their main design cue – hence the large rounded windows on each module. The name of the treehouse itself is also taken from the name of a puppet character from Sesame Street. 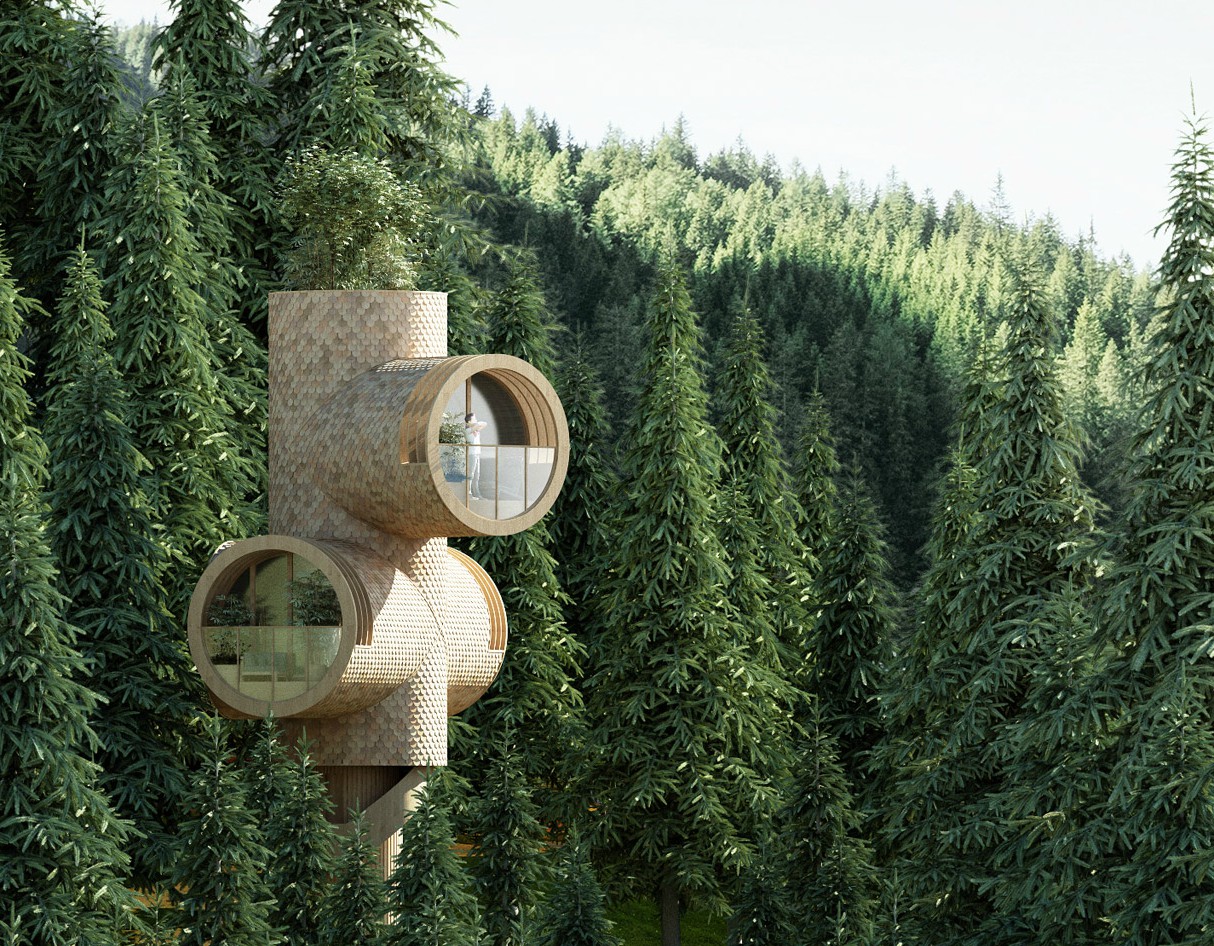 Bert’s modules would be made from wood, with leaf-like shingles helping it blend in with any forest setting. If used for an off-grid accommodation, solar panels would be installed on the roof, while compost toilets would be added at ground level. The interiors are designed to be dark and cosy, with the large round windows and balconies framing surrounding landscapes. 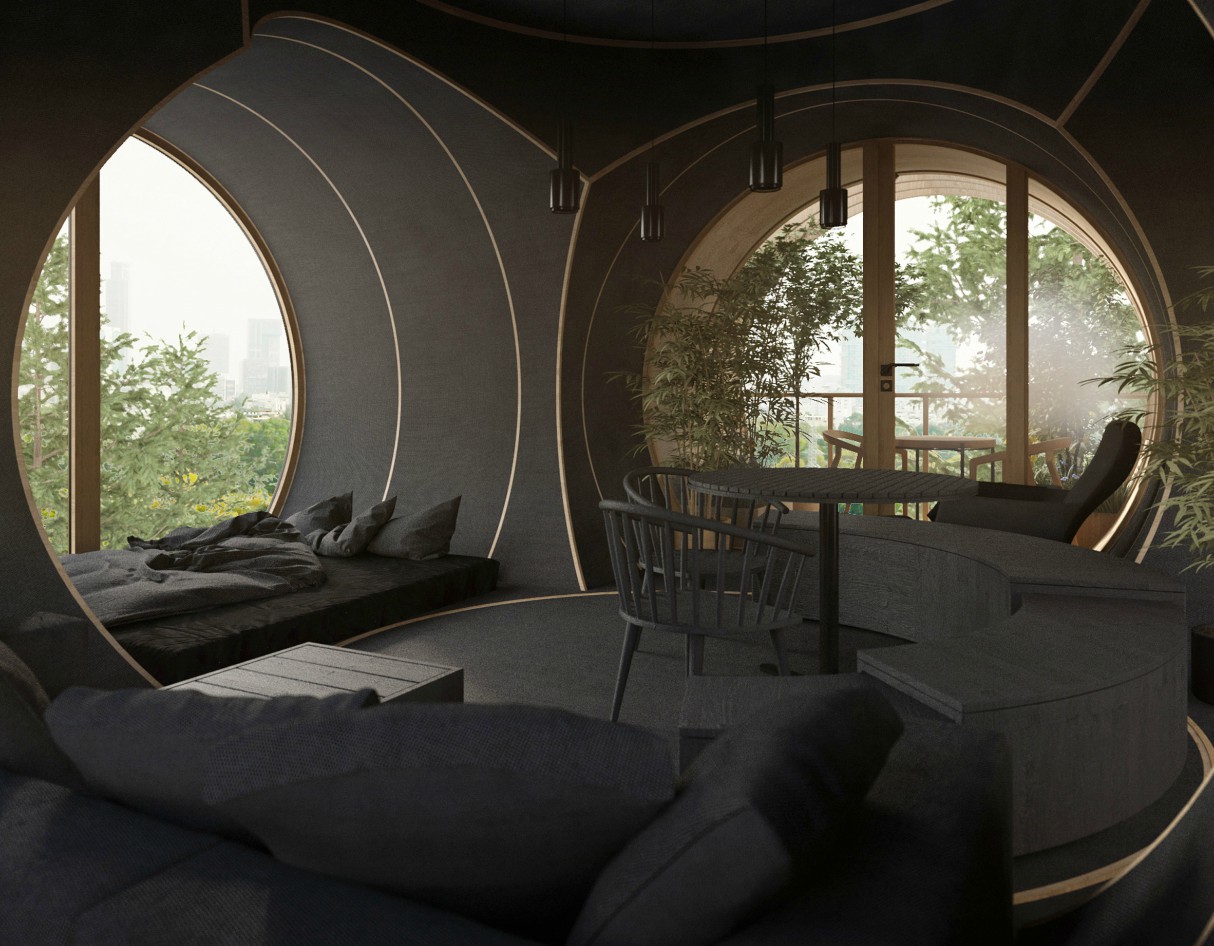 Bert is designed to be pre-fabricated off-site in a factory and then assembled in situ. More modules can be added and stacked on top of each other whenever each treehouse needs expanding but each modules can exist as small, self-contained homes. If wood isn’t easily available, Precht also suggest steel could be used instead of timber.

The first modules of the Bert Modular Treehouse are set to be rolled out in the spring of 2020. Find out more over at the Precht Website. 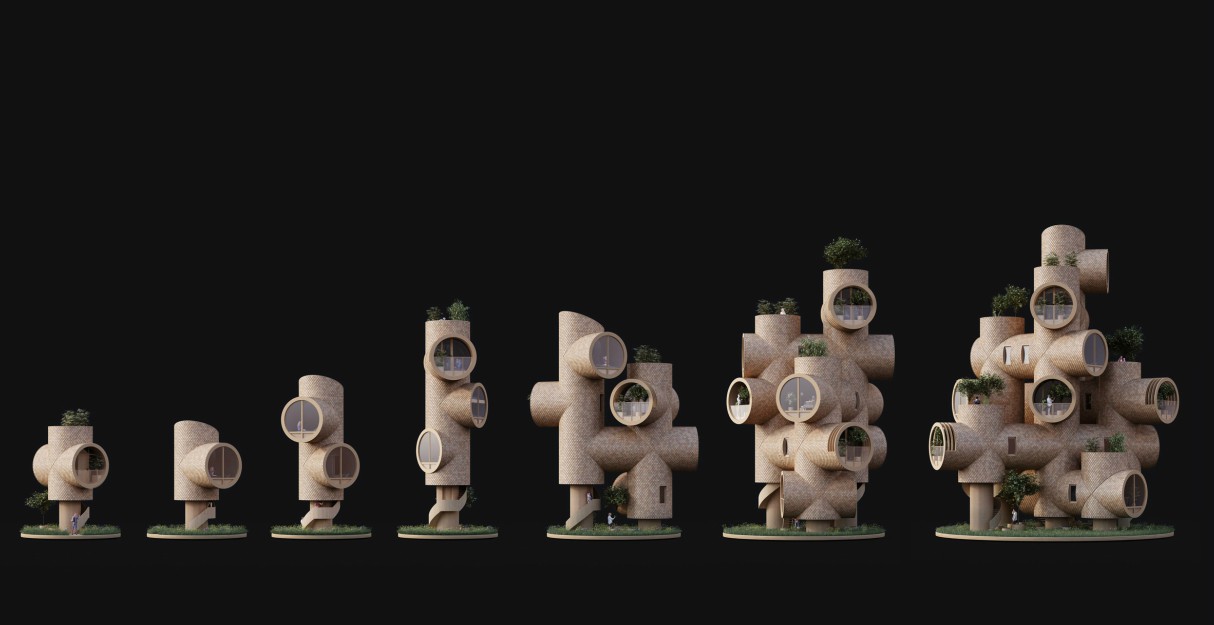 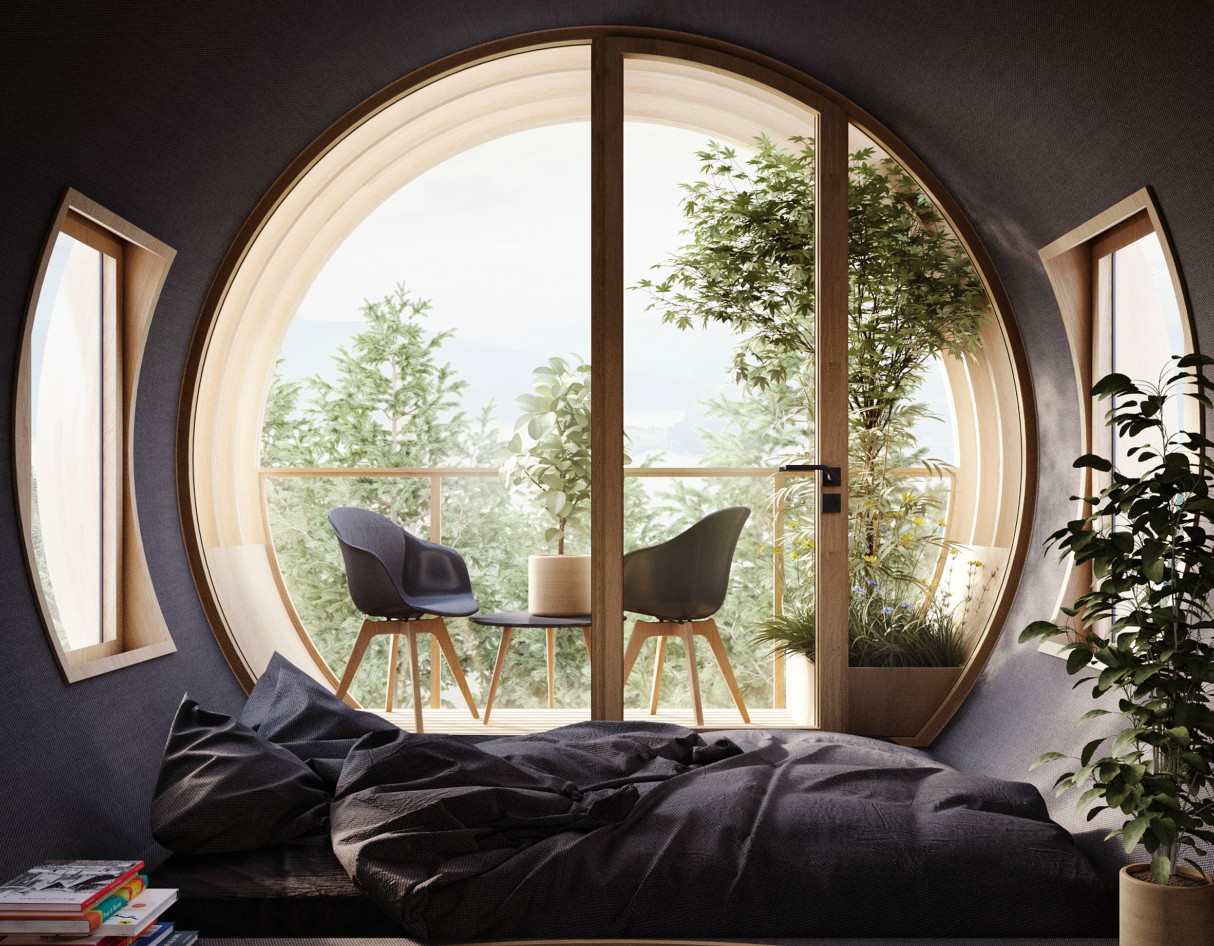 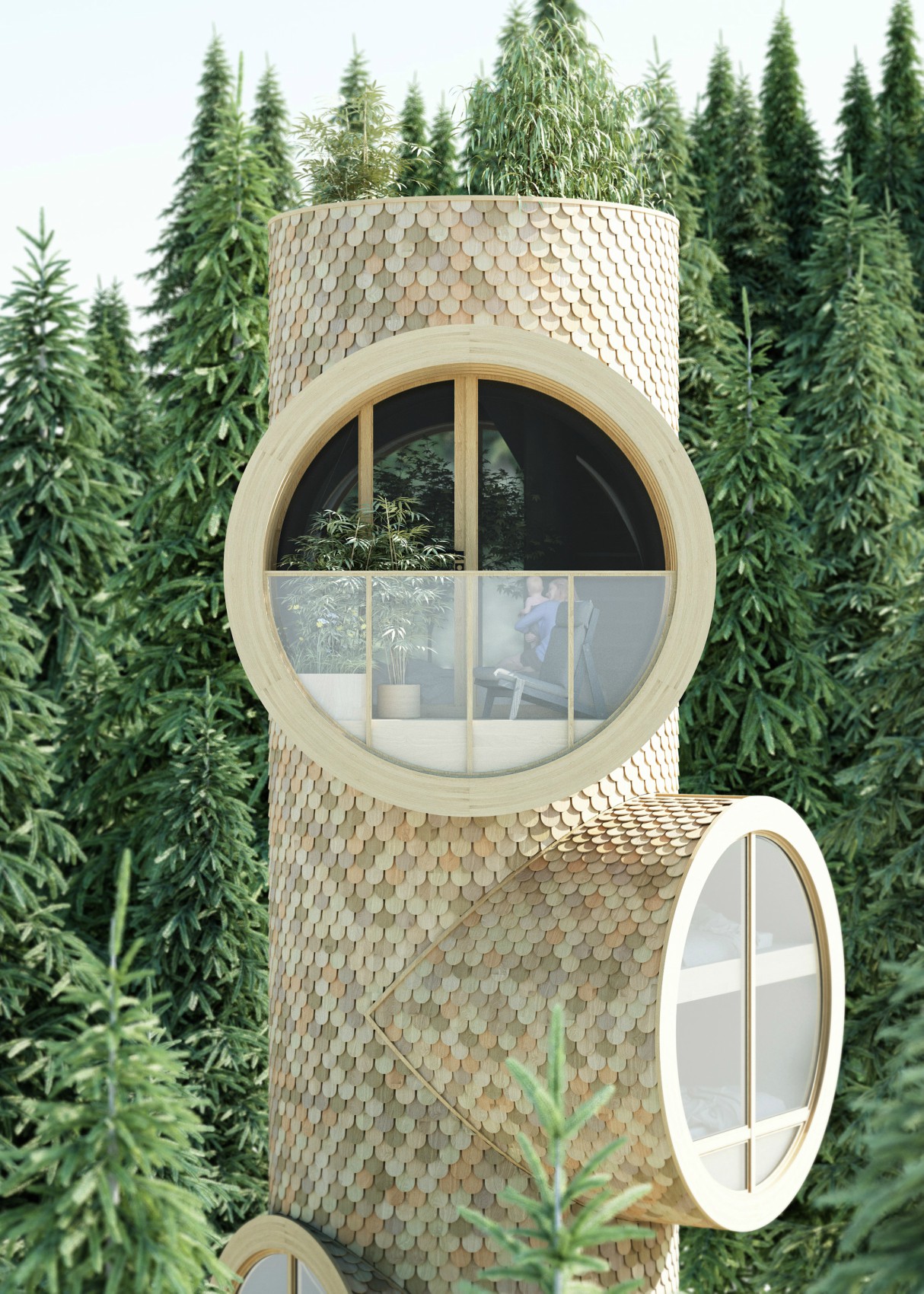 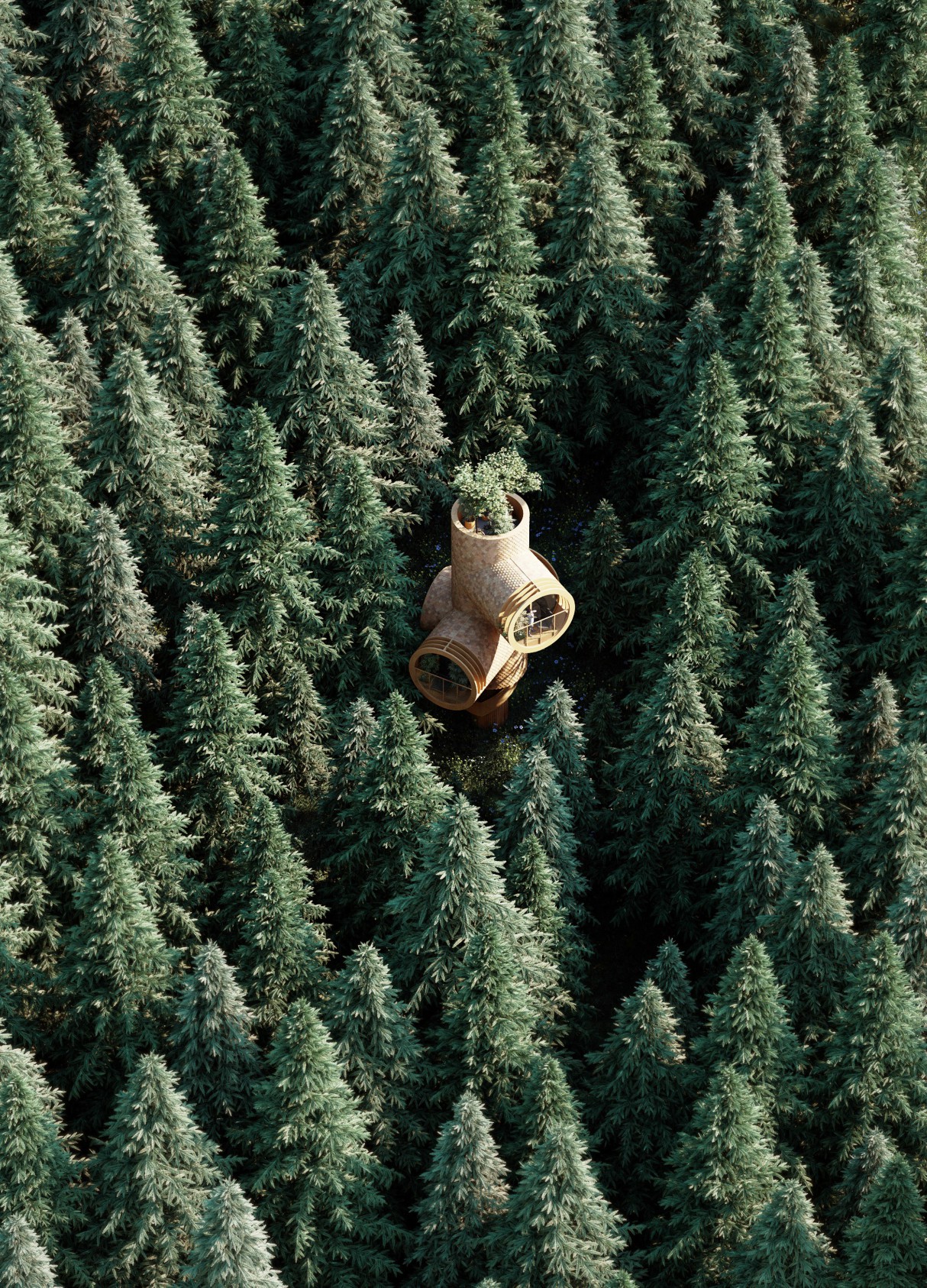 Earlier this month, Compass Pools unveiled plans for Infinity London, a skyscrapper described as the “only building in the world to incorporate a 360-degree infinity pool”.