We’ve always been big fans of the humble houseboat. But one architect looking to take things to the next level is Pierpaolo Lazzarini with his Waya concept, a self-sufficient floating city-hotel of modular pyramids which is offering investors citizenship of Wayaland in exchange for funding.

Waya is an ambitious project from Lazzarini Design which involves a set of pyramid-shaped buoyant platforms grouped together to form Wayaland. The project was inspired by Mayan architecture and combines the Egyptian pyramid concept with Japanese temples to offer essentially a giant set of luxury yachts in one community space.

Wayaland is currently being crowdfunded by offering investors citizenship. The main pyramids would sit on 3,000-square-metre floating basement units with an entry port for boats. The base would then be topped with ten floors that would extend 30 metres above the waterline. 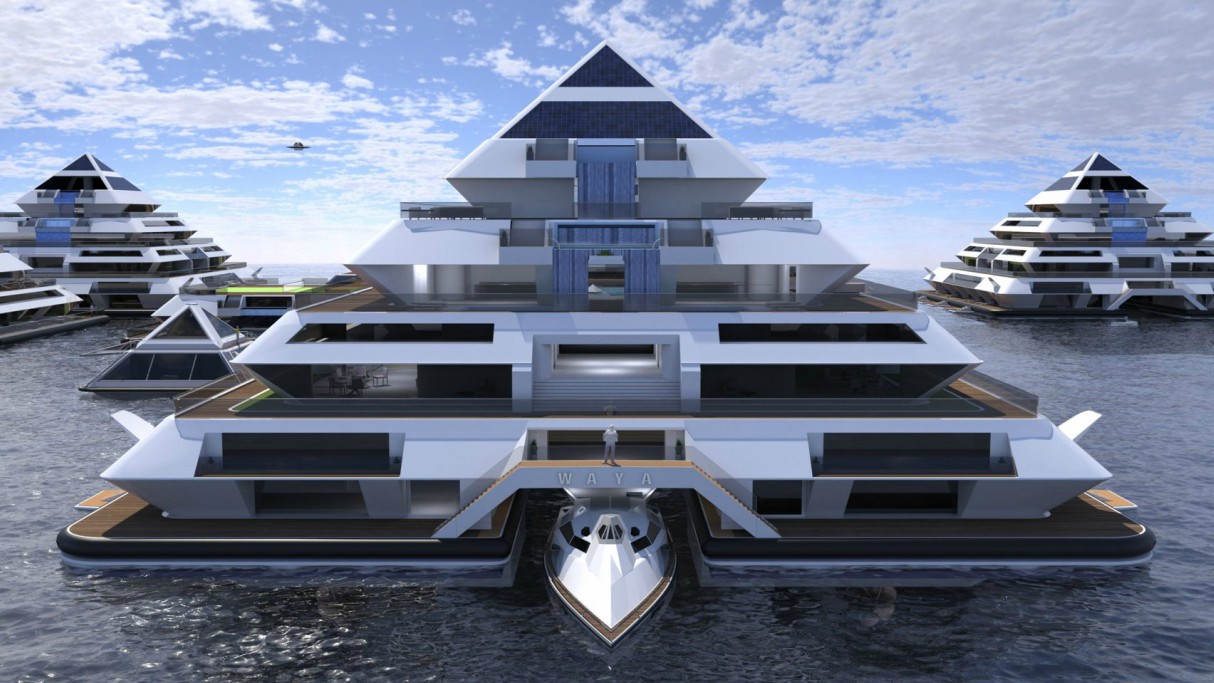 Made from fibreglass, carbon and steel, each level can be added in situ once the basement has been anchored in place on the sea. Each pyramid would feature slides and waterfalls cascading down levels with bedrooms located on the upper levels.

All floating pyramids would have an engine and propellers in the basement, so the platform can be manoeuvred independently into position. Solar panels and water turbines generate power, while a desalinator would provide a water supply, and floating gardens could be used to grow food. 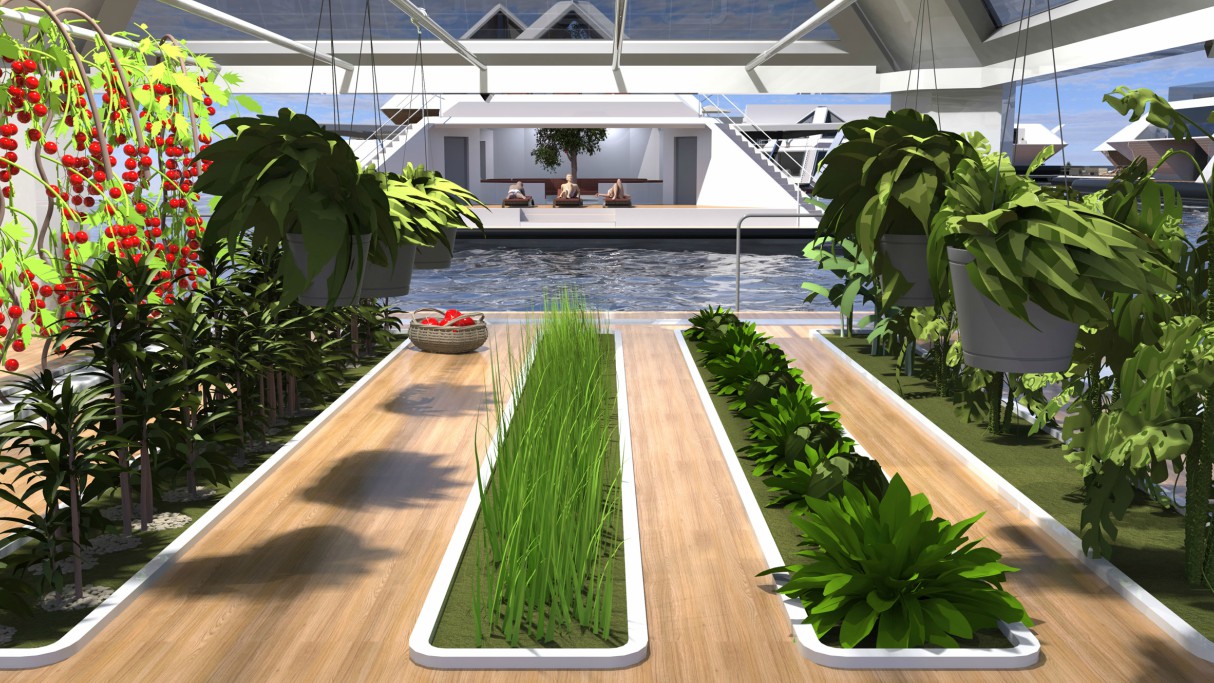 Other pyramids surrounding the homes can be used for various functions, including sports pitches such as tennis courts and football pitches, as well as smaller flotillas containing the likes of extra bedroom suites and bars.

Lazzarini Design estimate the cost of building a hotel suite in Wayaland will be around £306,908. They are crowdfunding a stay in the floating hotel room at £877 a night. Investors in the crowdfunding project will also get a passport for Waya, which serves as an invitation to the opening in 2022. 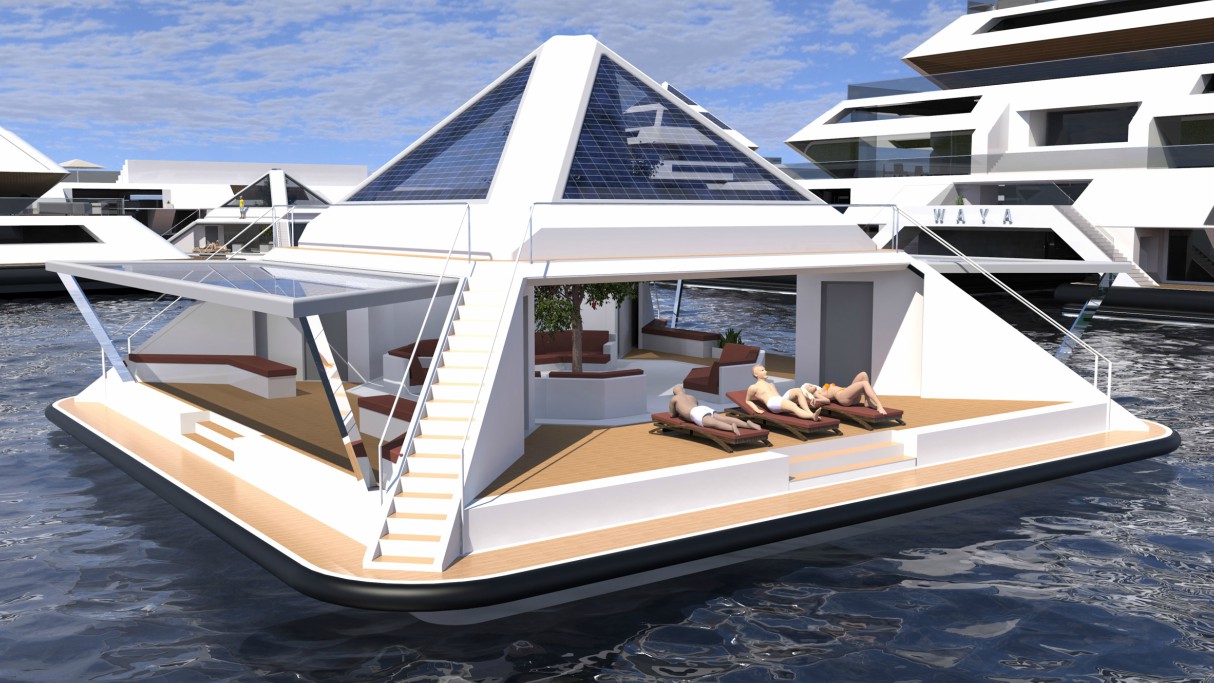 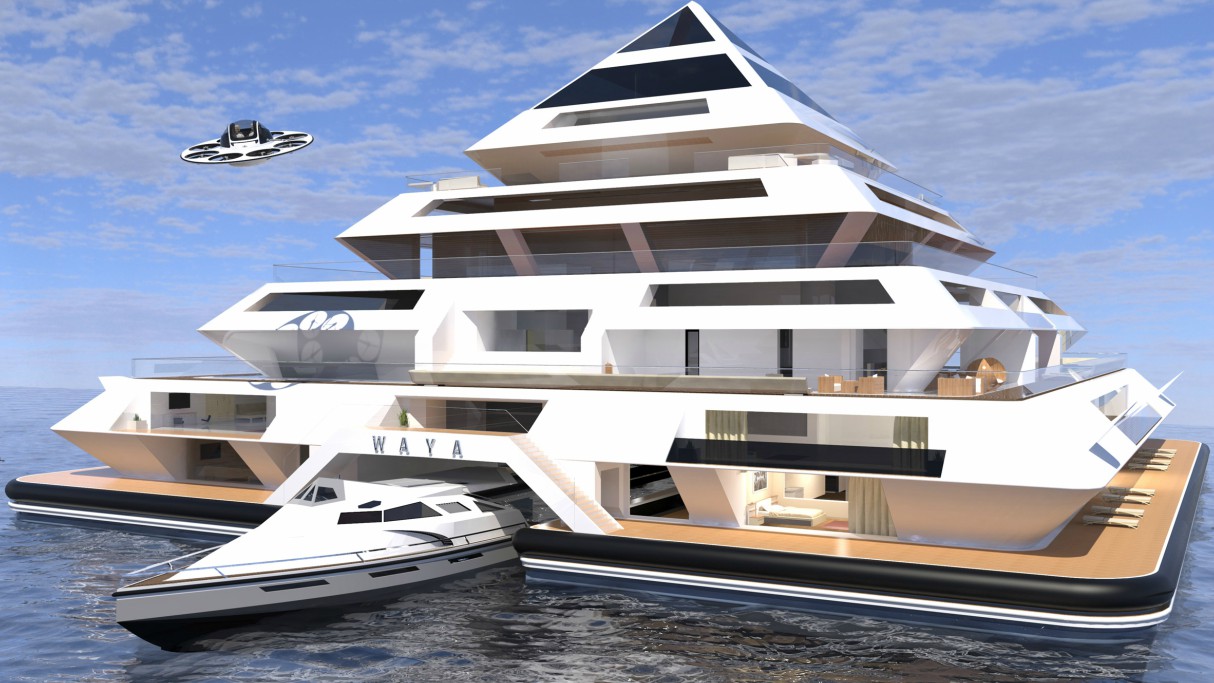 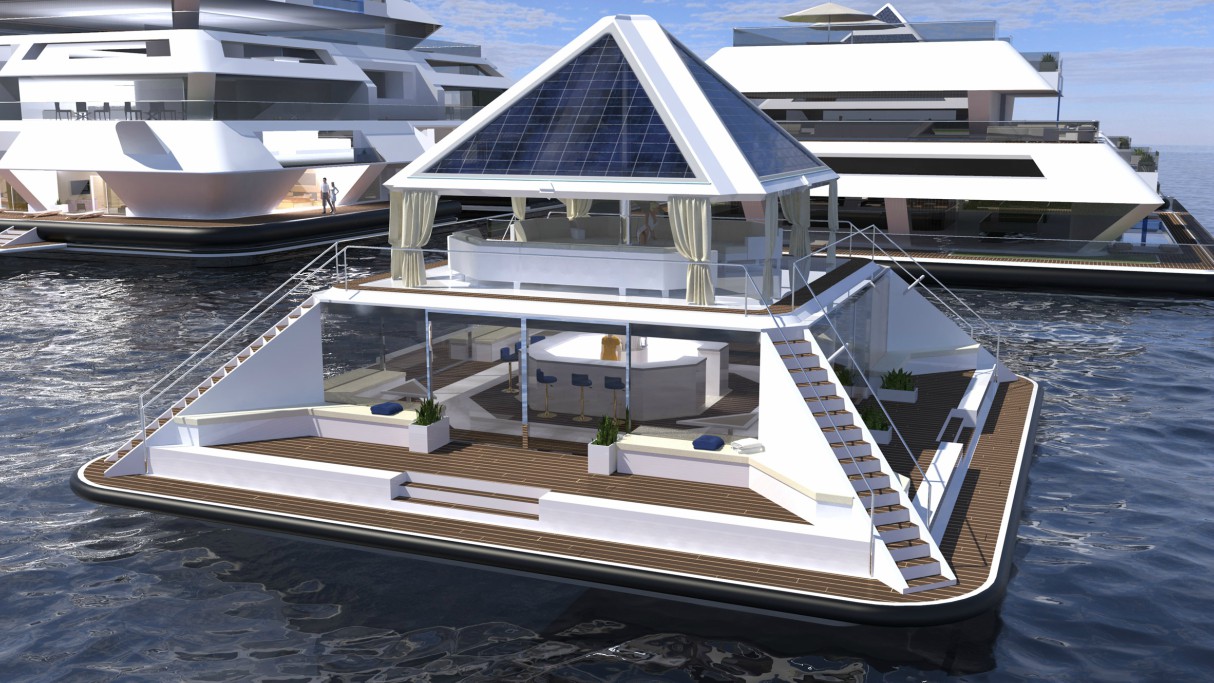