In recent years, the line between form and function has been blurred somewhat when it comes to tech, with many of the industry’s biggest players offering up devices where aesthetics are as important as primary functions. This trend has been no more evident than in televisions and one such concept looking to blur the line between functionality and design is the transparent glass Vitrine TV by Panasonic and Virta.

Unveiled at this month’s Milan Design Week, the décor-friendly Vitrine OLED TV is Panasonic’s latest concept that magically switches between see-through transparency to vibrant televisions. It’s been made in partnership with Swiss furniture brand Vitra to ‘seamlessly blend into modern living spaces.’

The Vitrine was designed by Red Dot Award winning Scandinavian designer Daniel Rybakken and is reminiscent of once popular mid-century shadow box mirrors. It’s much bigger in size than normal TVs too and that because a large wooden frame was needed to conceal all of the display’s technological components. 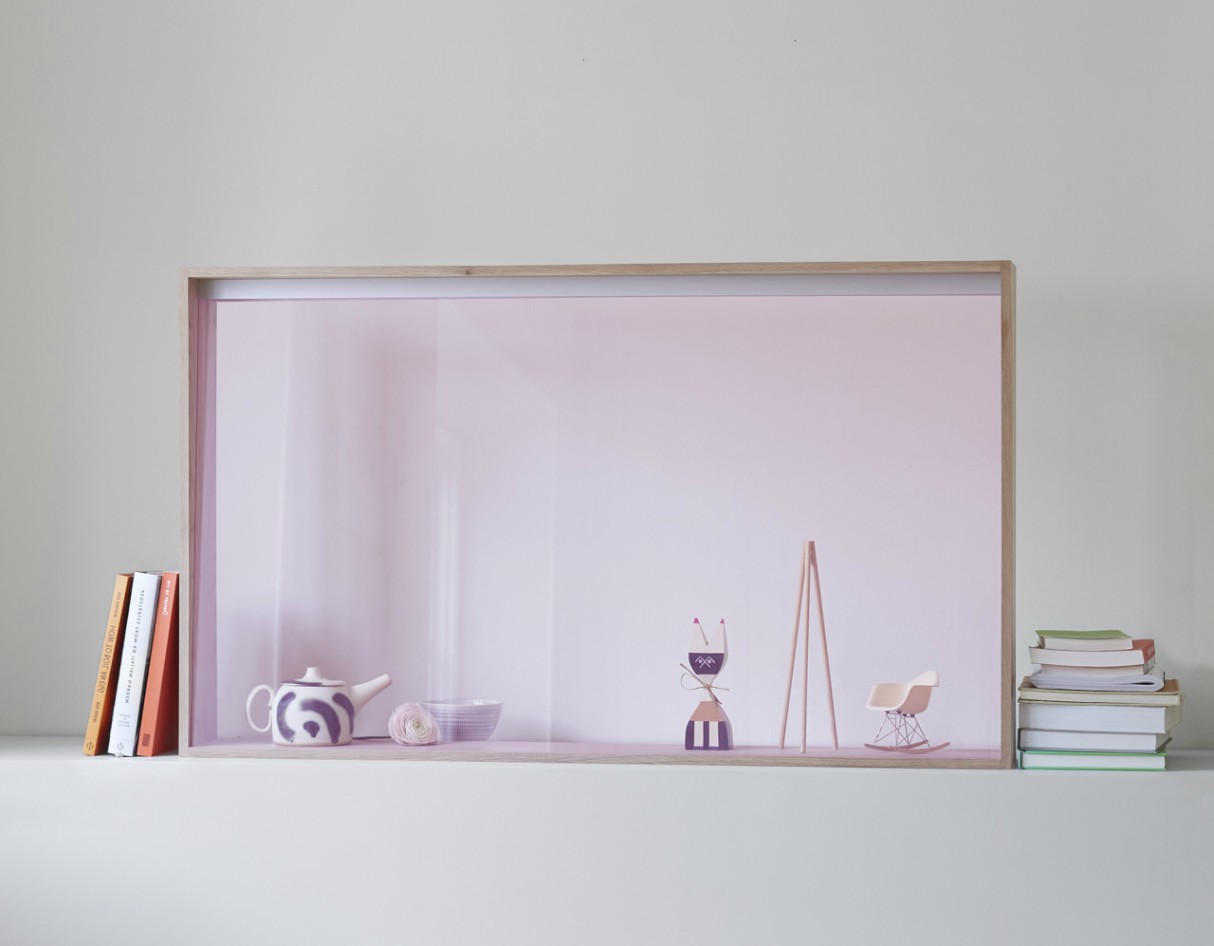 On the design, Daniel Rybakken commented; “The model carefully balances between art and design. As a screen it no longer dictates its placement, nor its role in the living space. The dominating large black surface is instead transformed into something that can highlight what’s behind, what’s displayed or nothing at all.”

Panasonic isn’t yet committing to put the Vitrine in production but the prototype does at least give us food for thought when it comes to the future of TVs. Find out more over at the Panasonic Website. 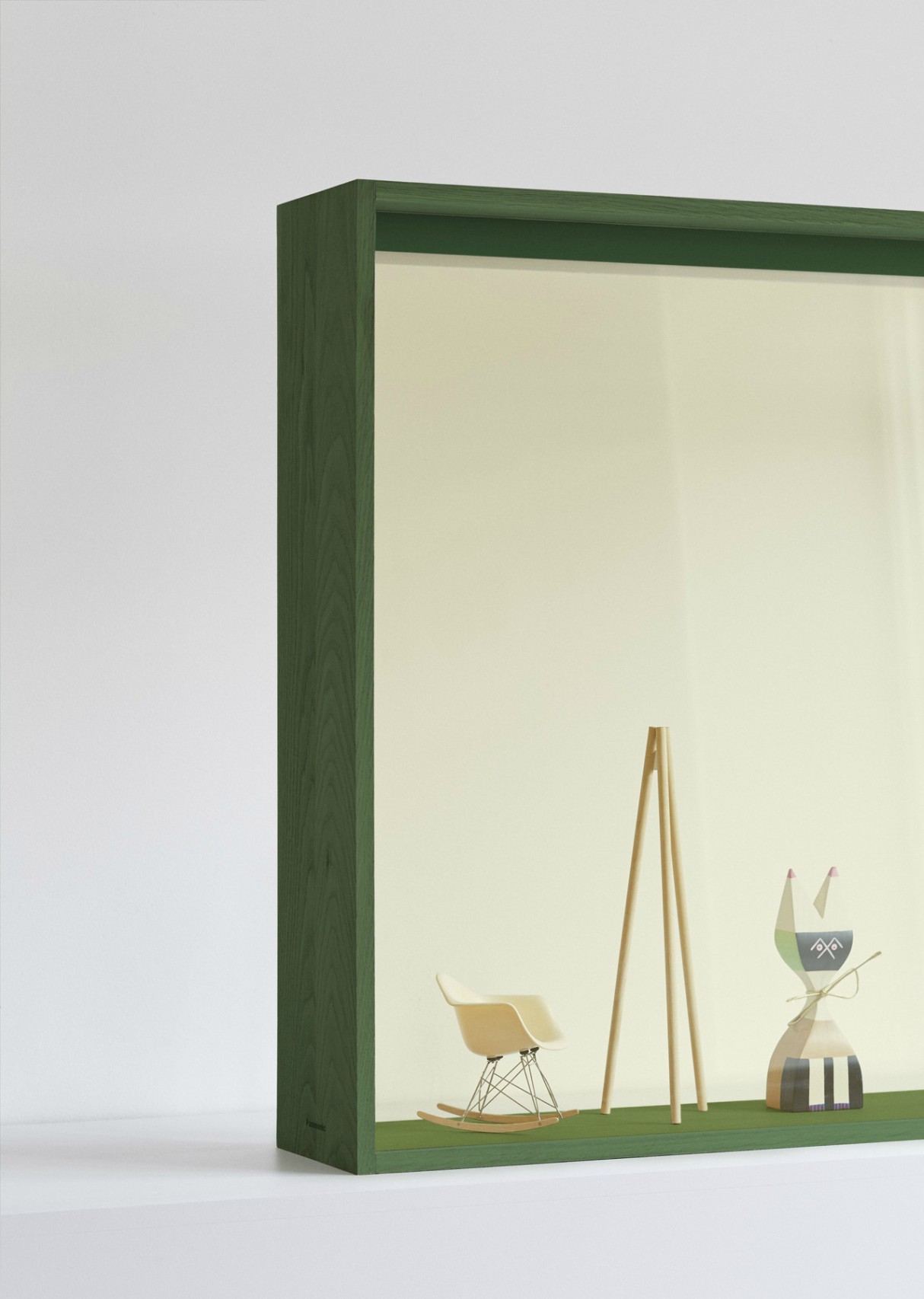 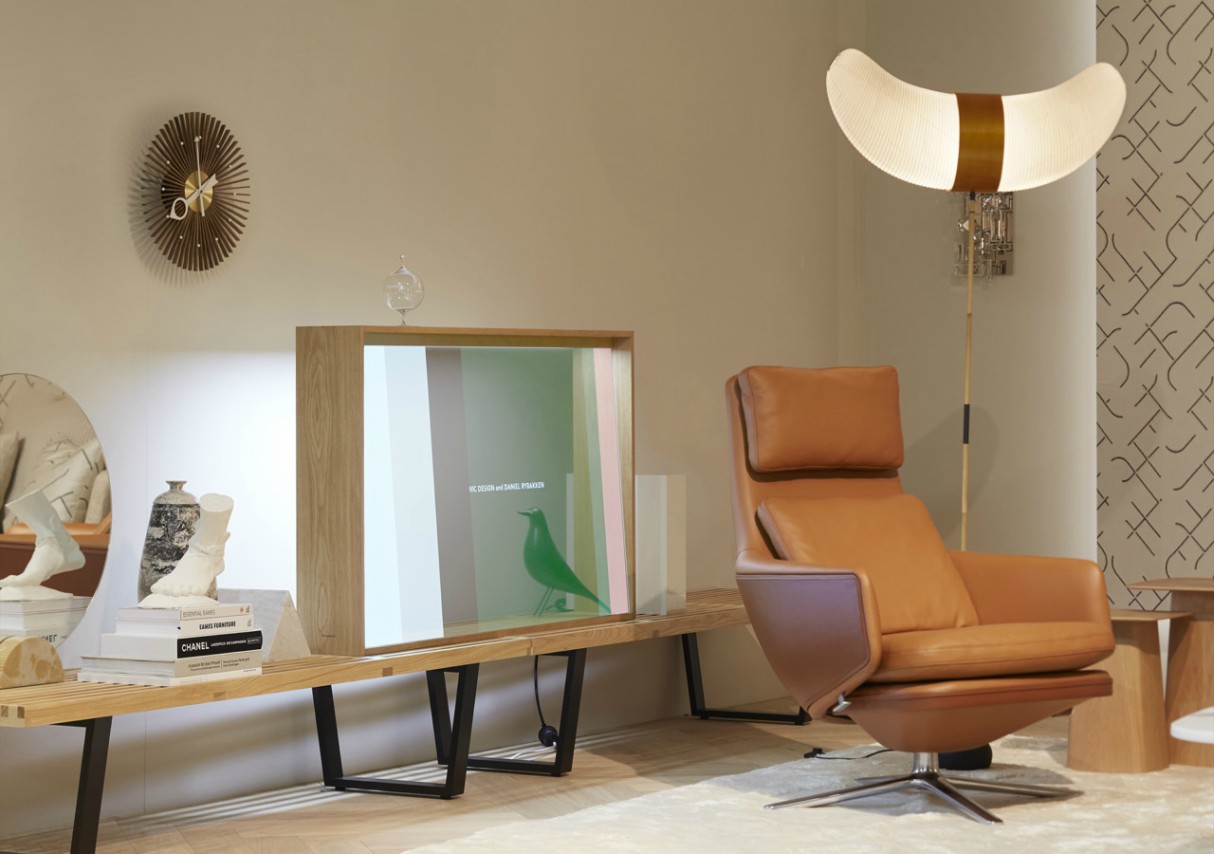