If you know anything about cookware, you’ll know that it doesn’t get much better than Le Creuset. But you may not know that the French kitchenware brand have just dipped their nose into pop culture with a special Star Wars collection, featuring a Han Solo roasting pan and a Dutch oven with Darth Vader’s mask on the lid.

The Star Wars x Le Creuset kitchenware collection features a whole range of kitchen equipment themed around the cult films, with the likes of trivets for hot pans to rest on shaped like the Death Star, and a trio of tiny pots shaped like the franchise’s robotic droids are also included in the crossover collection.

The aforementioned Darth Vader Dutch oven is one of the standouts in the collection and comes in the form of a glossy metallic black cast-iron pan with a lid embossed with the helmet of cinema’s most famous villain. Under each Le Creuset lid is the symbol of the Empire, the Imperial Cog, and the word ‘France’, which is translated into Aurebesh – one of the languages created for the Star Wars universe. 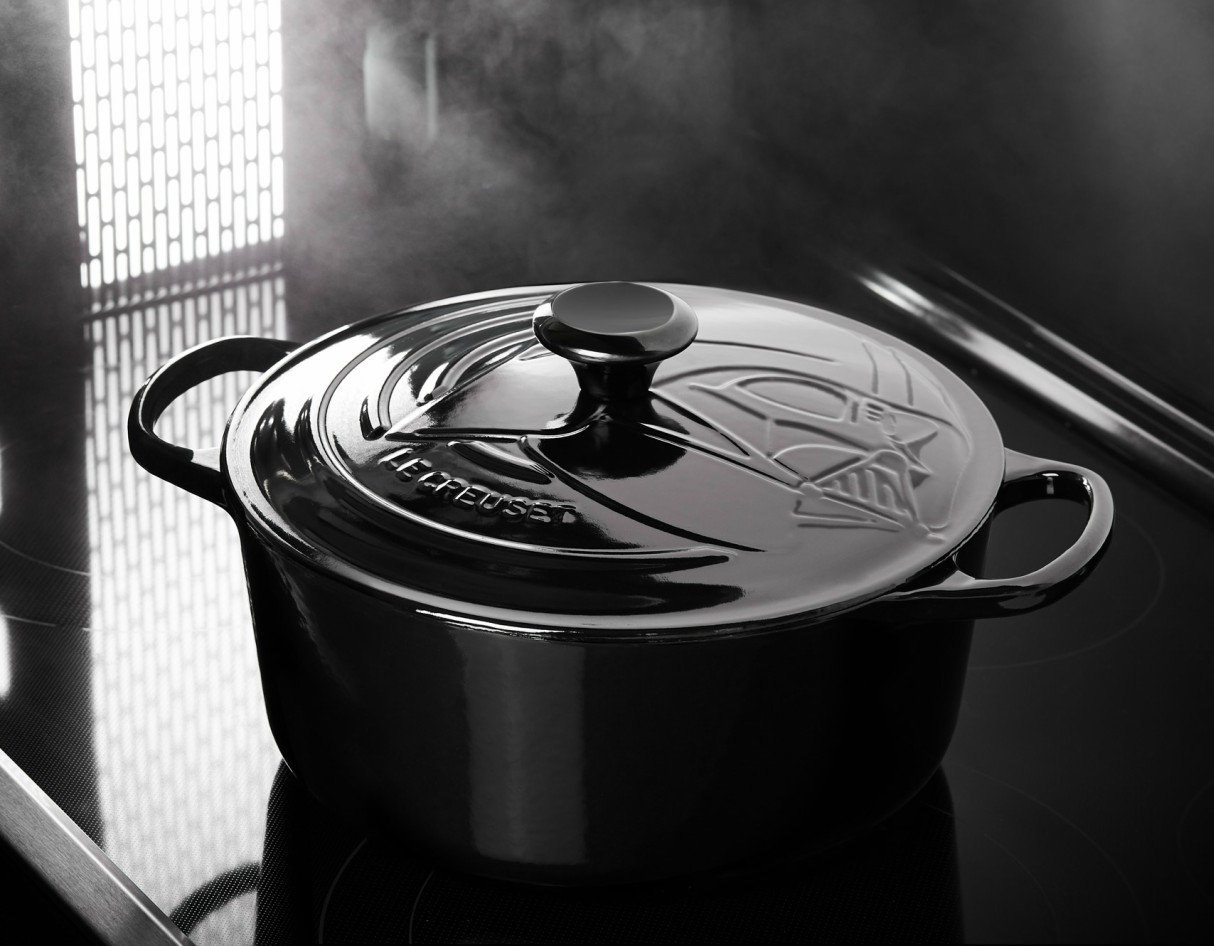 However, our favourite items in the collection are undoubtedly a roasting pan which mimics the scene where Han Solo is frozen in carbonite, and a pie bird shaped like the porgs from Star Wars’s most recent trilogy. The former features a lid which has been moulded to match the props from The Empire Strikes Back, while the latter is used in baking to help steam escape and keep the pie crust crisp.

According to Le Creuset, the demand for the Star Wars collection “has been unprecedented”. As such, it’s completely sold out. However, they do say that they will be getting more stock and to sign up to their newsletter for updates. Prices start at £15 for Death Star and Millennium Falcon silicone heat-resistant trivet mats and rise to £295 for the Darth Vader Dutch oven. Find out more over at the Le Creuset Website. 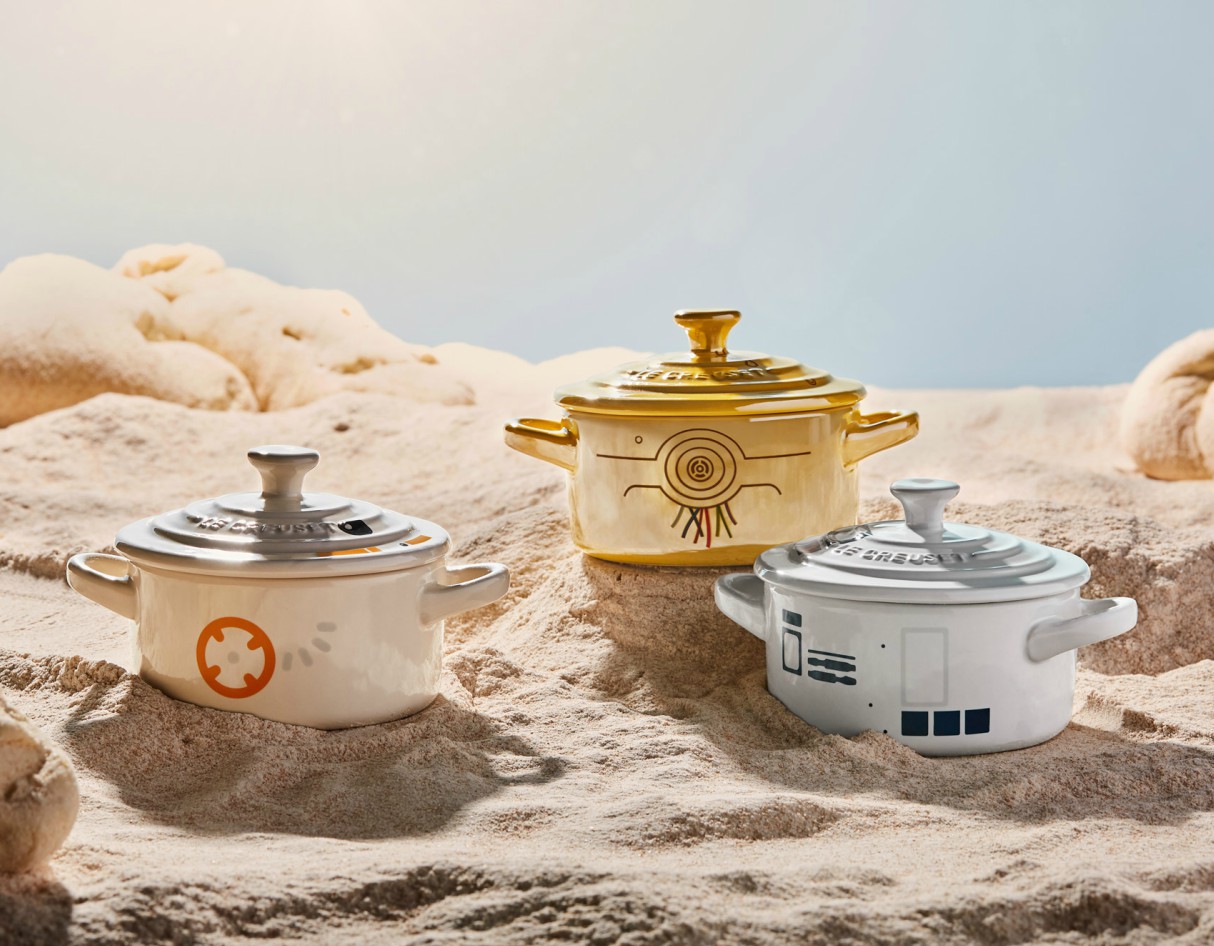 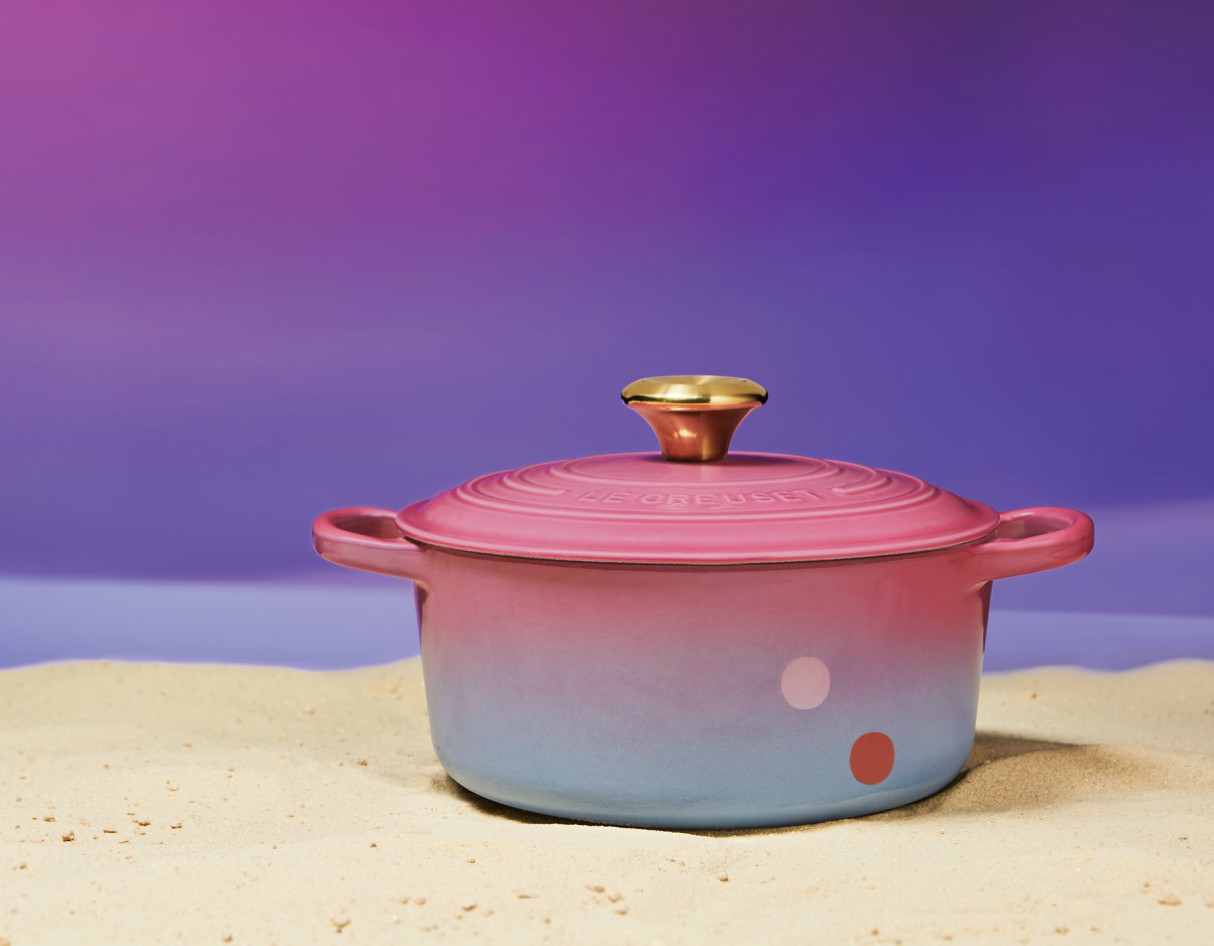 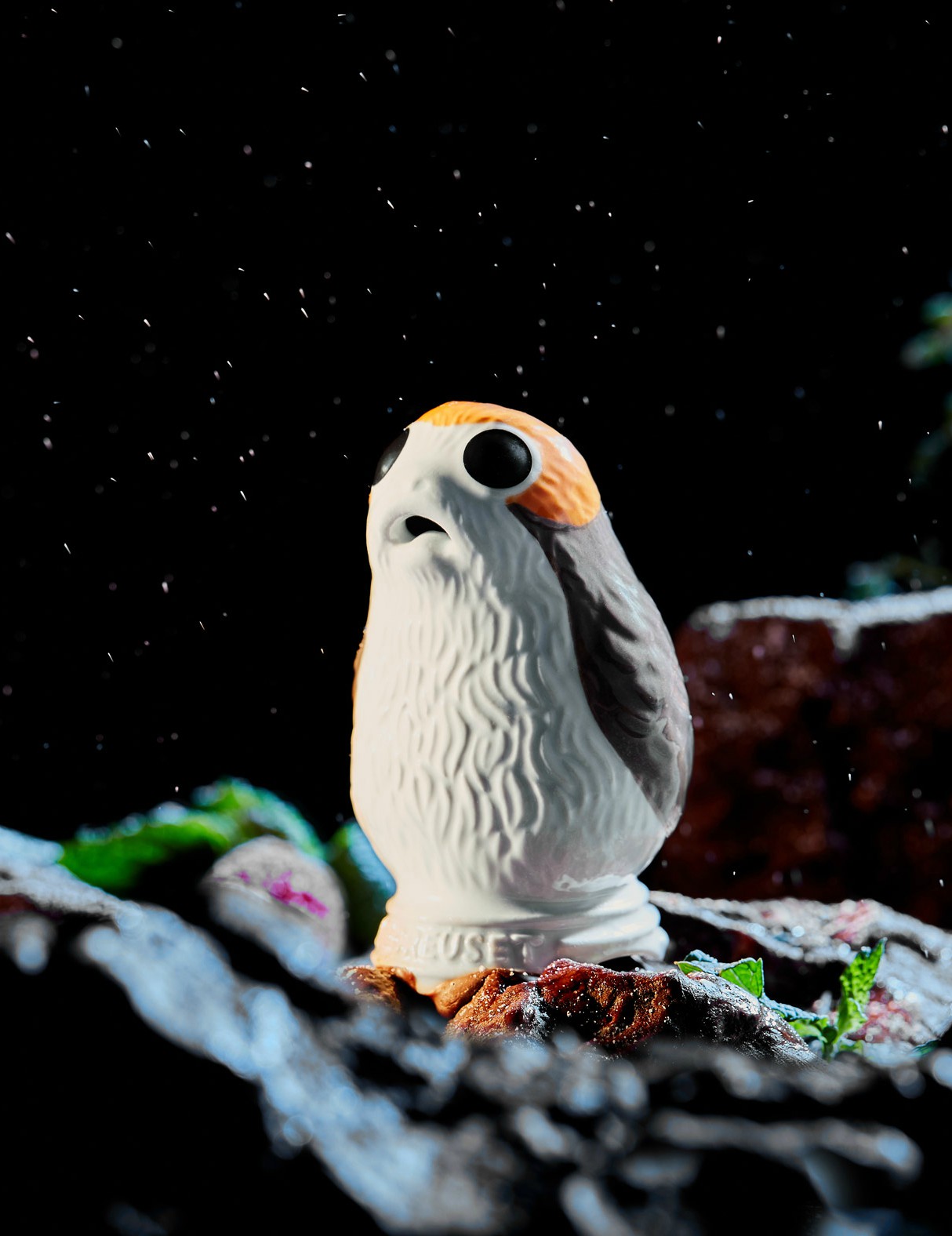 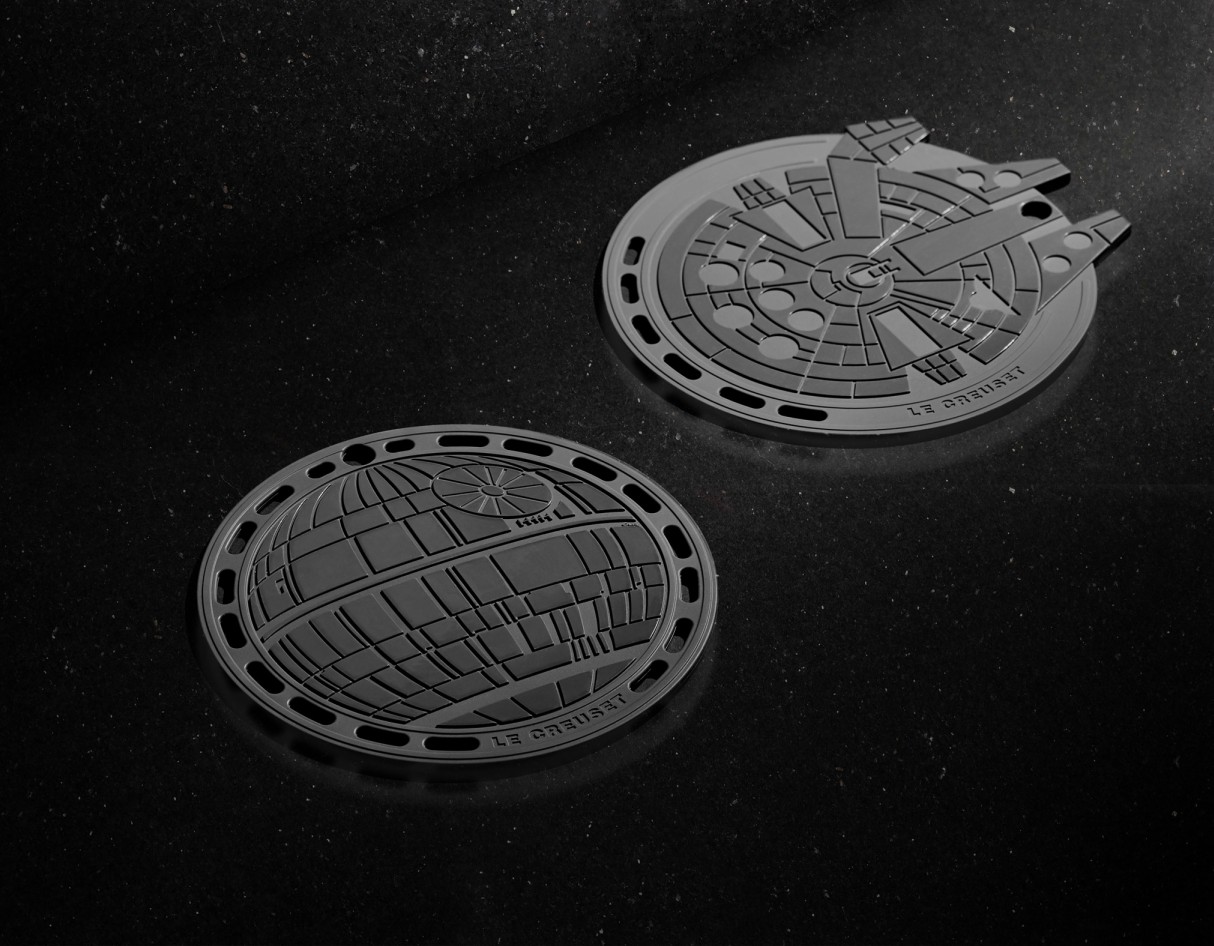 Ahead of the release of Star Wars: The Rise of Skywalker later this year, take a look at some of the coolest and most random pieces of Star Wars-related gadgets and accessories money can buy!