It’s British Pie Week in the UK and we don’t need much excuse to celebrate tasty pastry treats. Sweet, savoury, hot, cold – we don’t discriminate. And if one place in the UK has its roots firmly intertwined with pies, it’s our great nation’s capital.

The origins of pie and mash in London can be traced back to the 18th century when ‘Eel Pie and Mash Houses’ began opening across the East End. Pies were filled with eels as they cheap, filling and readily available from the Thames. But pies have come a long way since then, so sit back and tuck in to our feast of some of the best pies money can buy in London!

Arments is one of the pie and mash institutions in London. First established in 1914, the year of the Great War, this no frills eatery is perfect if you want authentic capital city pie, mash and liquor. The family owned business is now in its third generation and is so popular, it’s even had a building named after the shop – Arments Court on the Aylesbury Estate in Walworth. All your traditional fare is here with steak & kidney and some proper jellied eels to try. They even do Postal Pies if you can’t be bothered to make the journey into the shop!

Established in 1890, Goddard’s of Greenwich is one of London’s most loved haunts. The family run pie and mash shop actually closed back in 2006 but thankfully returned a couple of years ago when the family found a new building in Greenwich they deemed perfect for their creations. If you need a cheap dinner, this place is perfect as everything is under a fiver but be warned – that does mean it can get pretty busy at peak times! As well as their famous pie, mash and liquor, we’d whole heartedly recommend one of their apple pies for £2.50 with some ice cream or custard. 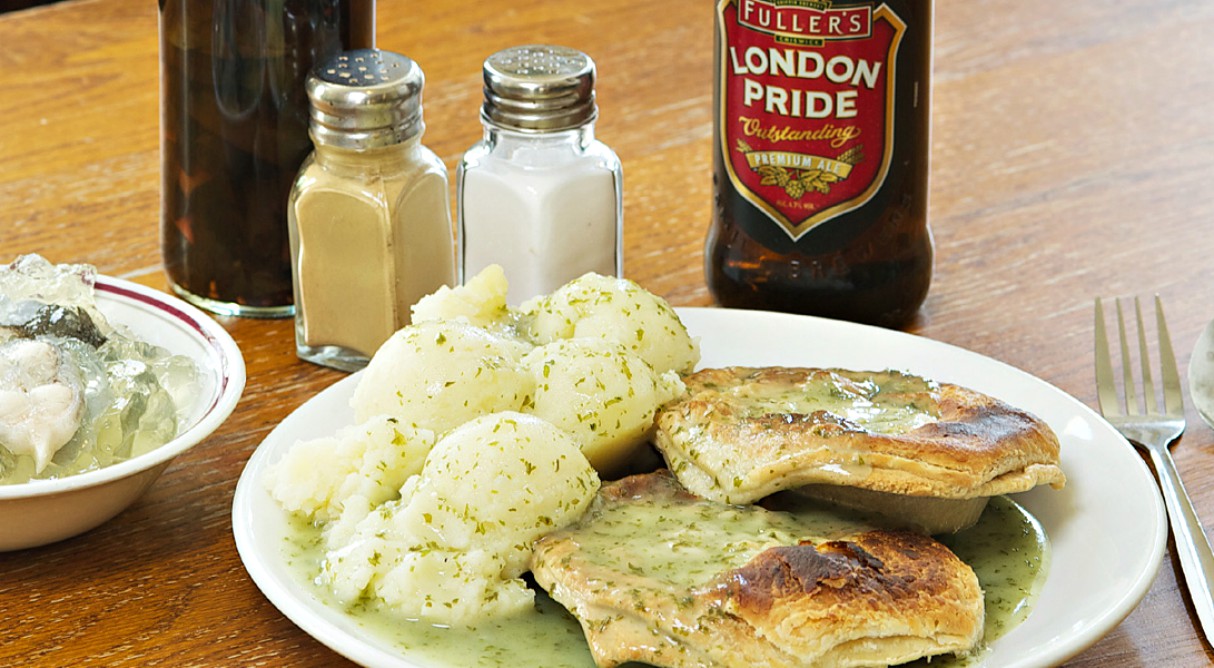 Covent Garden may seem like a bit of tourist trap these day, but it would be hard to deny the quality of the creations at Battersea Pie Station. Located in The Market, BPS serve their pies with old-fashioned flaky pastry, free-range quality meat and flavourful fresh vegetables. Despite its modern restaurant feel, all the flavour options here are fairly traditional with Steak & Meantime Stout and Chicken & Mushroom the staples, while veges can tuck into a Butternut Squash & Goats Cheese creation. There’s also a selection of sides, ranging from classic mashed potato and garden peas, to baked beans and two different salads. 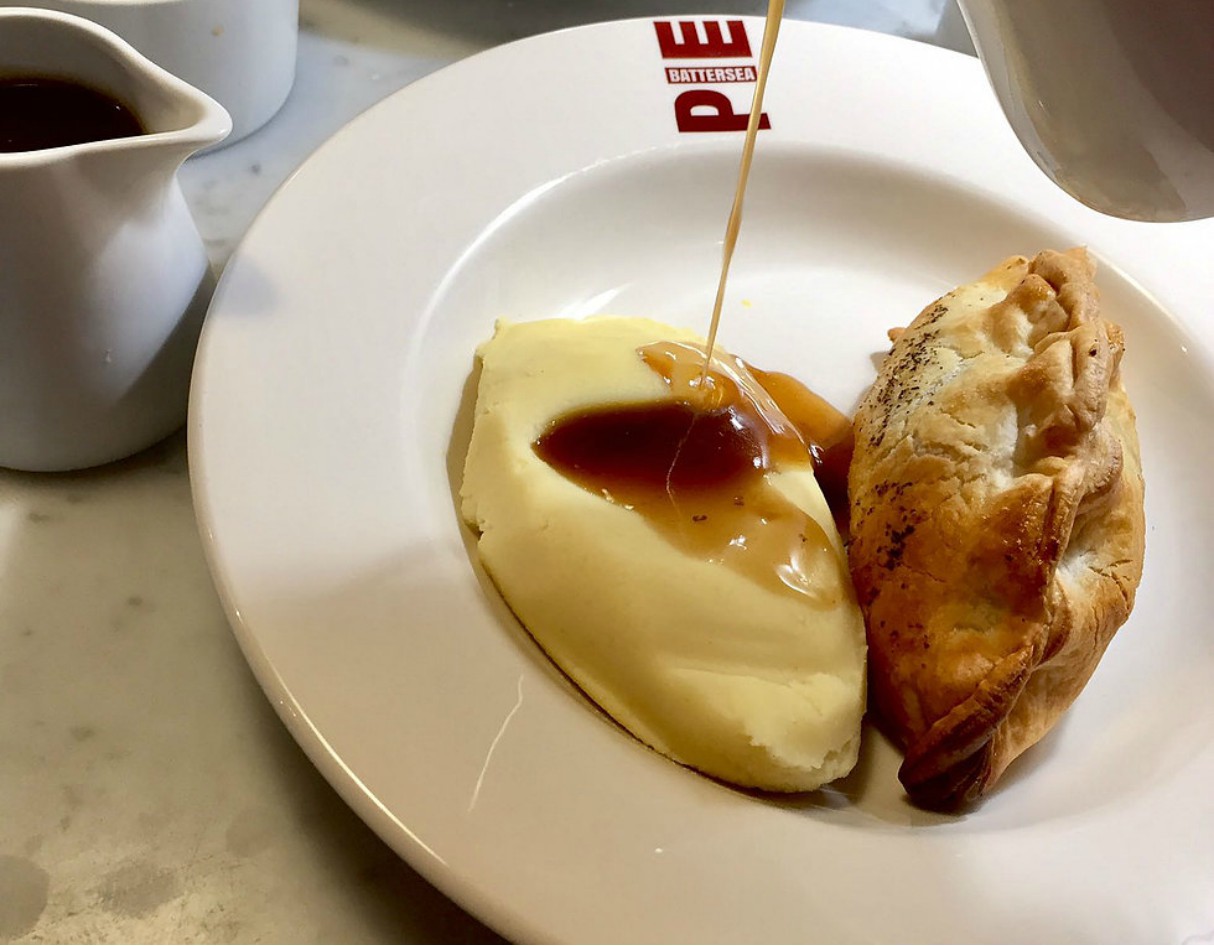 Another central location, Mother Mash is probably our favourite Soho haunt. Making choosing your pie easy with three simple steps, you first choose the type of mash you’d like — classic milk-and-butter, cheese, champ, bubble and squeak… they’ve got the lot! Next it’s your choice of hot pie (or sausage) with options ranging from chicken, steak, mince or a couple of vegetarian fillings. Finally, you finish the whole dish off with your choice of gravy of which there are five in total. Trust us – go for the Farmers: red wine, onion, smoked bacon and mushrooms – it’s to die for. We’d also recommend washing it all down with a pint of cider and finishing it off with one of Mother Mash’s sweet pies! 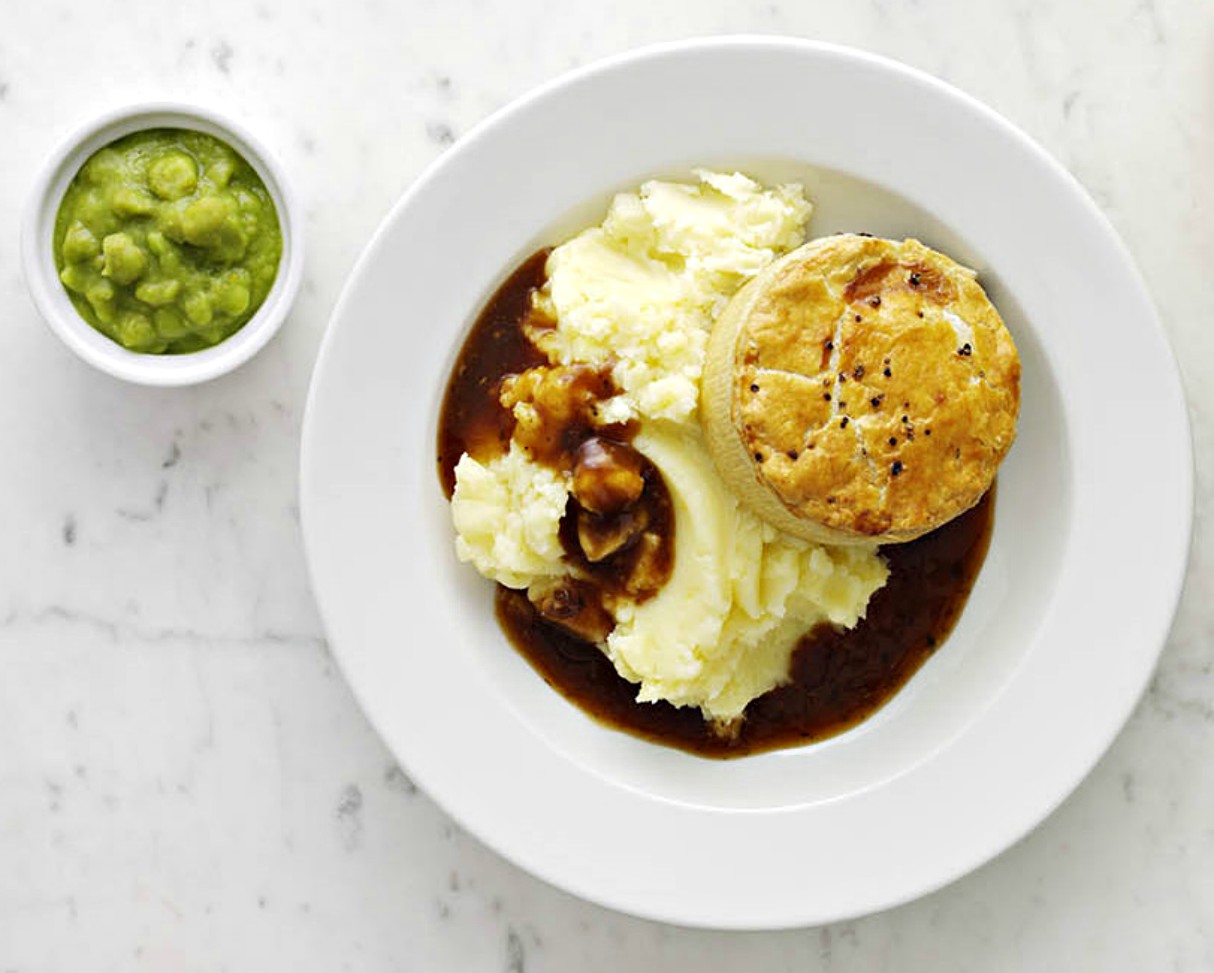 If you love nothing more than afternoon at the pub with a real ale and a warming pie then The Windmill Mayfair is London’s best for our money. Not only does the pub house two pie rooms, it’s also got its very own Pie Club, which offers members the chance to attend exclusive events and tastings, as well as keep up with current pie news. The Windmill’s pies are award-winning with the steak, kidney and mushroom pie the standout, receiving plaudits for its suet pastry and rich filling. Unlike many London establishments, you can get your pies with chips here, but we will judge you.

The original home of pie and mash in London, M. Manze was established all the way back in 1902 and is a legend in these parts. At Manzes, they still use the same recipes today for the pies and liquor that were used when they first opened. You can grab one of their authentic fresh pies – all of which are baked on the day – in three different locations across the city with their Tower Bridge branch the most famous. What sets Manze apart is the liquor which is made using a very ‘special secret’ ingredient. If you’re feeling brave enough, we’re assured their stewed and jellied eels are some of the best in the city too! 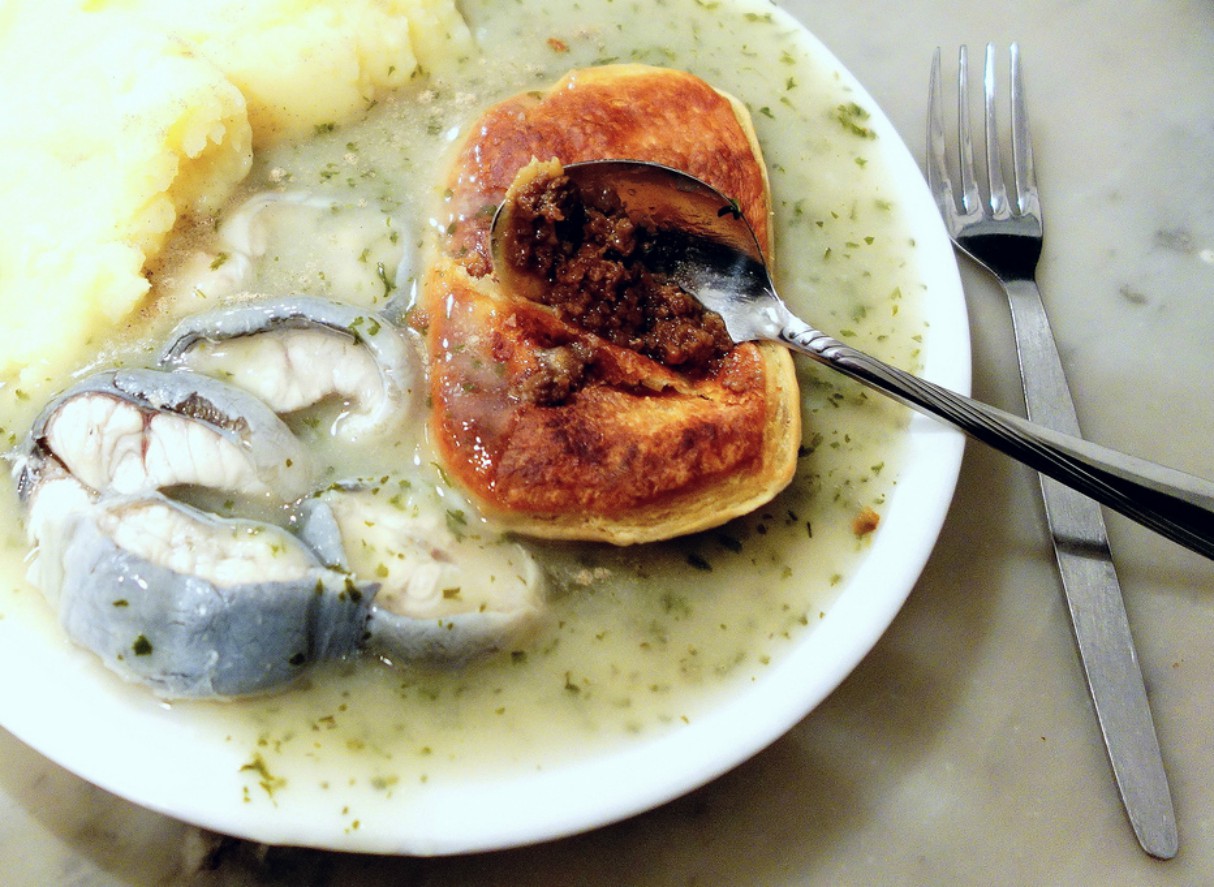 For more National Pie Day inspiration, here’s the best pies shops up and down the UK!