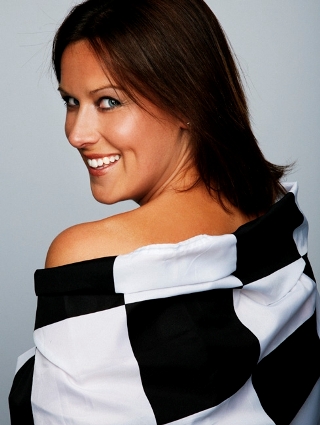 It has just been announced that for the first time in it’s 60 year history Formula 1 will be presented by a female. Lee McKenzie will replace the show’s current presenter Jake Humphrey for the Japanese Grand Prix in October while Jake is at the Commonwealth Games in Delhi.

‘Lee’, the BBC’s current trackside reporter, will present the show with former Formula One drivers Martin Brundle and David Coulthard, along with former team boss Eddie Jordan providing the ‘laughs’.

Lee McKenzie commented on being one of the few ‘respected’ women in Formula one;

“I work very, very hard at my job. There are other girls in F1 who do my job. Some are dressed like they’re going to a ¬nightclub. But that’s not how I do things — and it’s definitely not what the BBC wants.

The drivers are extremely respectful,’ she says. ‘I don’t hide away from the fact I’m a female, and I’m sure there are times it has been a benefit. Other times, it goes against me.”

I have done well to not make a woman driver joke right… What do you think? To be fair, Eddie Jordan will be the looker in that show…