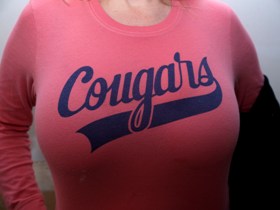 Now 80 odd percent of all women is a pretty high figure, which begs the question… Who is banging all these fat women..?

So if you are out on the town this weekend, we suggesting hunting for a cougar if you want to get lucky…