The 23rd movie in the James Bond franchise hit the UK screens this weekend. Skyfall was a cinematic masterpiece that made the Bond fan in me giddy with excitement at every turn. I think the entire team here at AJB enjoyed the latest instalment of Daniel Craig as Bond with it’s great cast and stunning action. This got us thinking about our favourite Bond Girls, Bad Guys and Cars so here is the first of a trio of posts on our favourite bits from the last 50 years, our Top 10 Bond Girls List.

“I must be dreaming” The iconic words uttered by arguably the best actor to play James Bond, Sean Connery. He was referring to the fact he’s just woken up in the presence of Pussy Galore. Despite being the oldest women to play a Bond girl she had to be in this list. 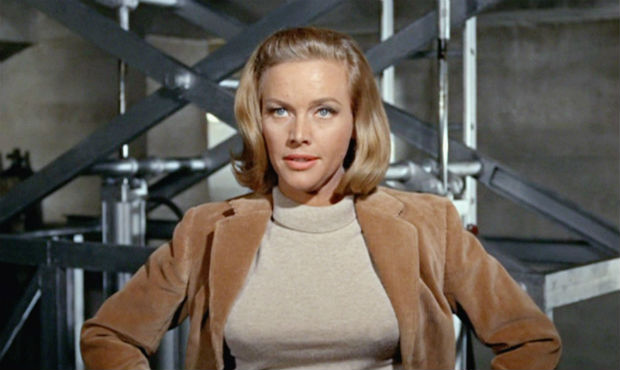 9. Carole Bouquet as Melina Havelock in For Your Eyes Only (1981)

This feisty character graced our screens in 1981 as the daughter of an assassinated MI6 operative. She was stunning to look at and had a way of getting her point across using a crossbow. 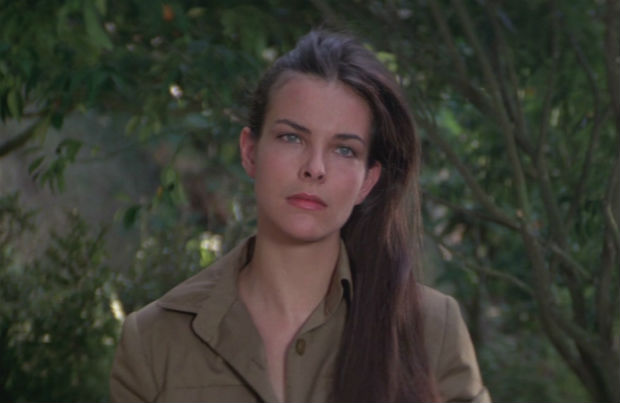 She had thighs to quite literally die for. This bad-ass Bond girl was more than a little squeeze for 007, of course played by Pierce Brosnan. 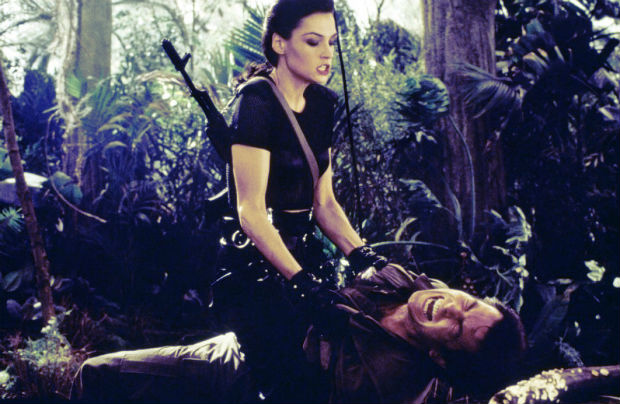 Bond’s first love enters our list at number seven. She has a prickly demeanour but manages to get through Bond’s armour and win his heart. We like her because of how good she looked during the poker scenes. We’re a simple bunch really. 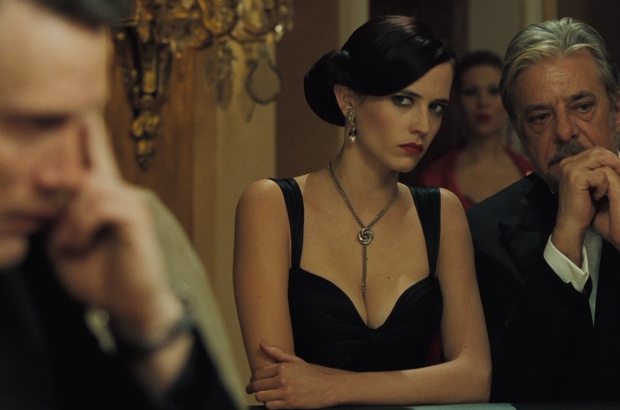 Homages can often be well intended but contrived in their execution. In Die Another Day they decided to evoke memories of Ursula Andress appearing from the sea by putting Halle Berry in a Bikini on the shores of Cuba. We are glad they did because Halle just looks incredible in a Bikini. Enough said. 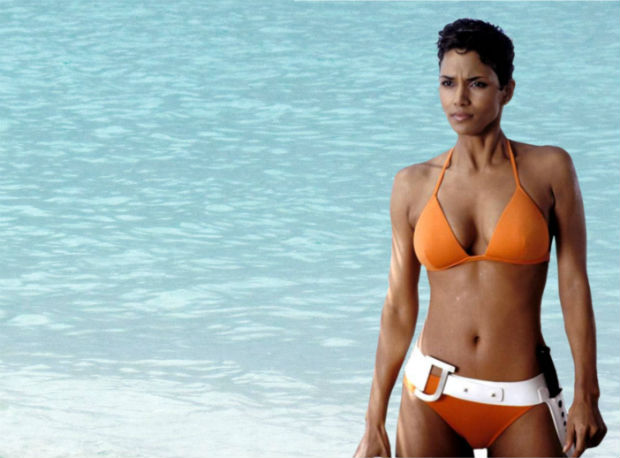 Maud played two roles during Roger Moore’s reign as James Bond. She first appeared as Scaramanga’s girlfriend in The Man With The Golden Gun and then as Octopussy in the film of the same name. We remember her for her role in the former. 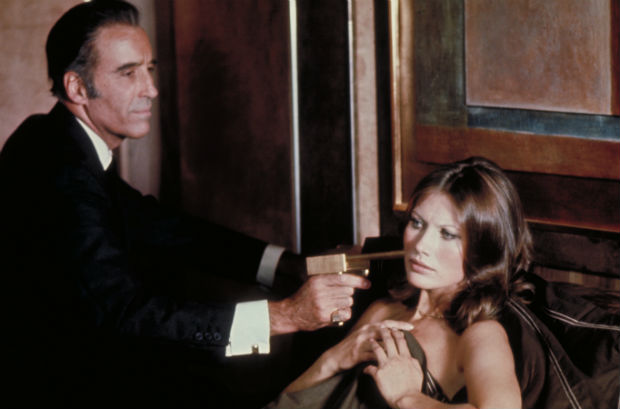 4. Diana Rigg as Contessa Tracey di Vicenzon in On Her Majesties Secret Service (1969)

How could we leave out the only woman who could have tamed James Bond. Diana Rigg was already famous in the UK as she stunned audiences in the Popular Avengers series but she shot to world fame as the only woman to marry James Bond. Despite her suicidal tendencies, we can understand what Bond saw in her.

3. Sophie Marceau as Elektra King in The World is Not Enough (1999)

We don’t need to say much about this Bond Girl come villian. She is smart, ruthless and absolutely stunning. 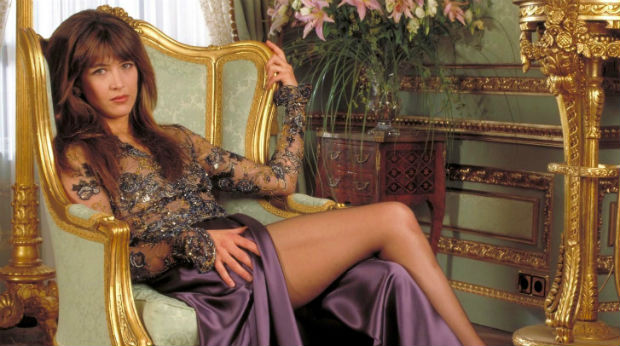 The first girl to wow audiences in a James Bond movie was Ursula Andress. The scene where she emerges from the ocean is one of the most iconic in cinema history, she usually comes top, but not this time… 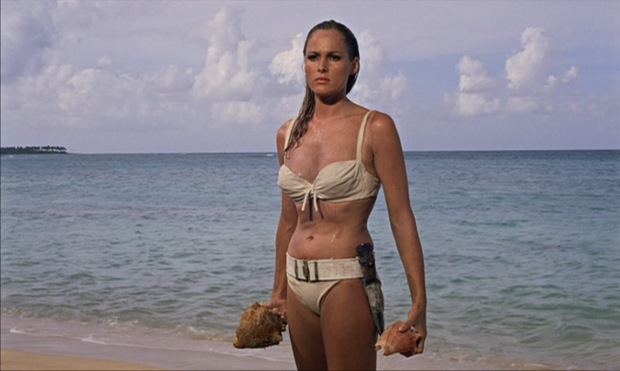 Yes we have bucked the trend across the web and not put Ursula Andress as number 1. Yes she is stunning but the 22 year old Jane Seymour in Live and Let Die just pips her to the top spot in our eyes. We recommend you watch the movie to see what we are talking about. 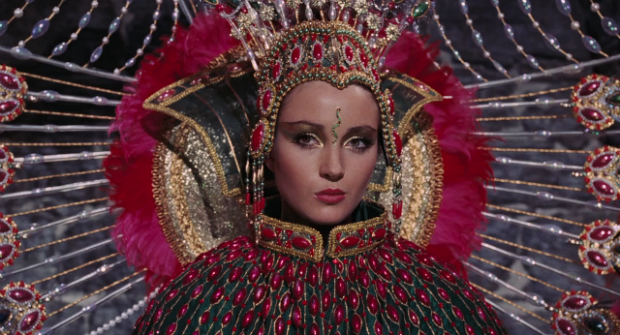 There you have it, our Top Ten Bond Girls List!

Like this post? Read our Skyfall First Review here or stay tuned over the next few days for 2 more top tens!