You may remember last year adidas Originals and Manchester United hooking up for a limited edition trainer, inspired by the famous Stretford End at Old Trafford. Well, almost exactly a year to the day, the Three Stripes and the Red Devils have teamed up once again to create the Ashington, a shoe which celebrates 60 years since Sir Bobby Charlton’s debut for the club.

Bobby Charlton scored an incredible 249 goals during his 20 years at Manchester United and that makes him the club’s all-time record goal scorer, a record that he’s held since leaving the club in 1973. The adidas Originals Ashington’s relation to Charlton begins with the name itself and is so titled after his birthplace in Northumberland.

But it’s not just the name where the Ashington nods to the England legend’s career with several nods throughout the design. The colour and material make-up, for example, are inspired by the boots Charlton wore throughout his career for Manchester United, and comes complete with traditional gold foil lettering baring the new moniker. 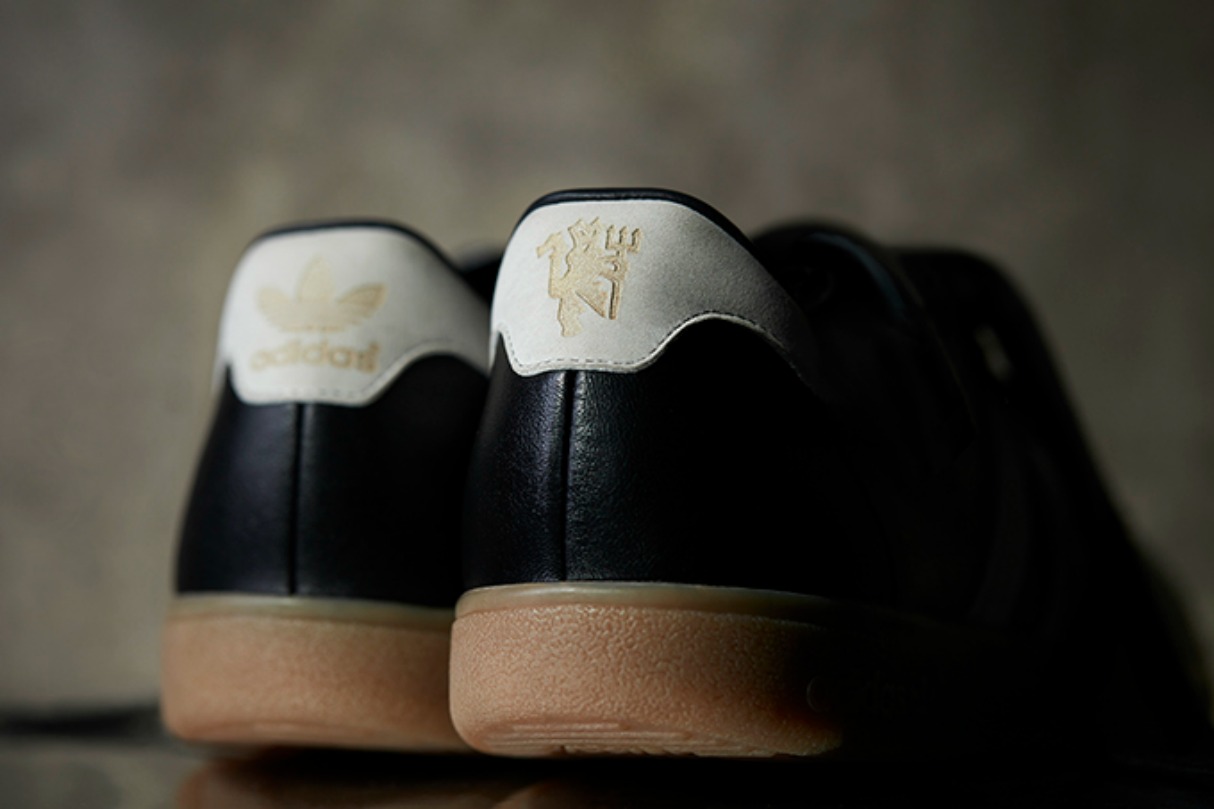 Other details on the Originals trainer include custom ‘Ashington’ tipped laces, and a laser engraved Devil on the heel of the right foot, an emblem which has been used by the club since the late 60’s.

We should probably warm Man Utd fans across the UK that they should probably be prepared for queues and ultimately disappointment, much like many were for the Stretford, as the Ashington goes on sale this Thursday (27th October).

The adidas Originals Ashington will be exclusively available at Oi Polloi, size? and Offspring and should set you back around the £90 mark. 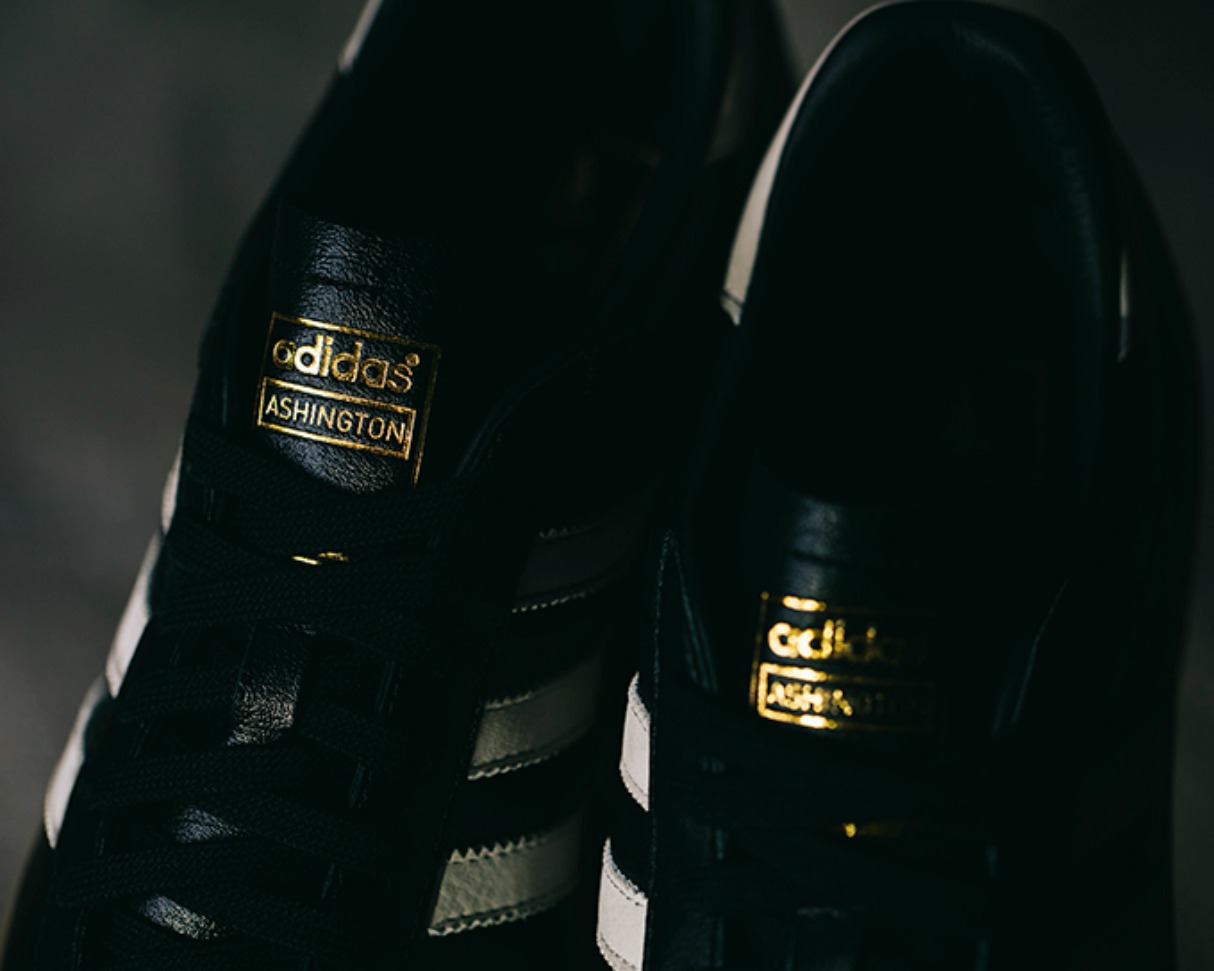 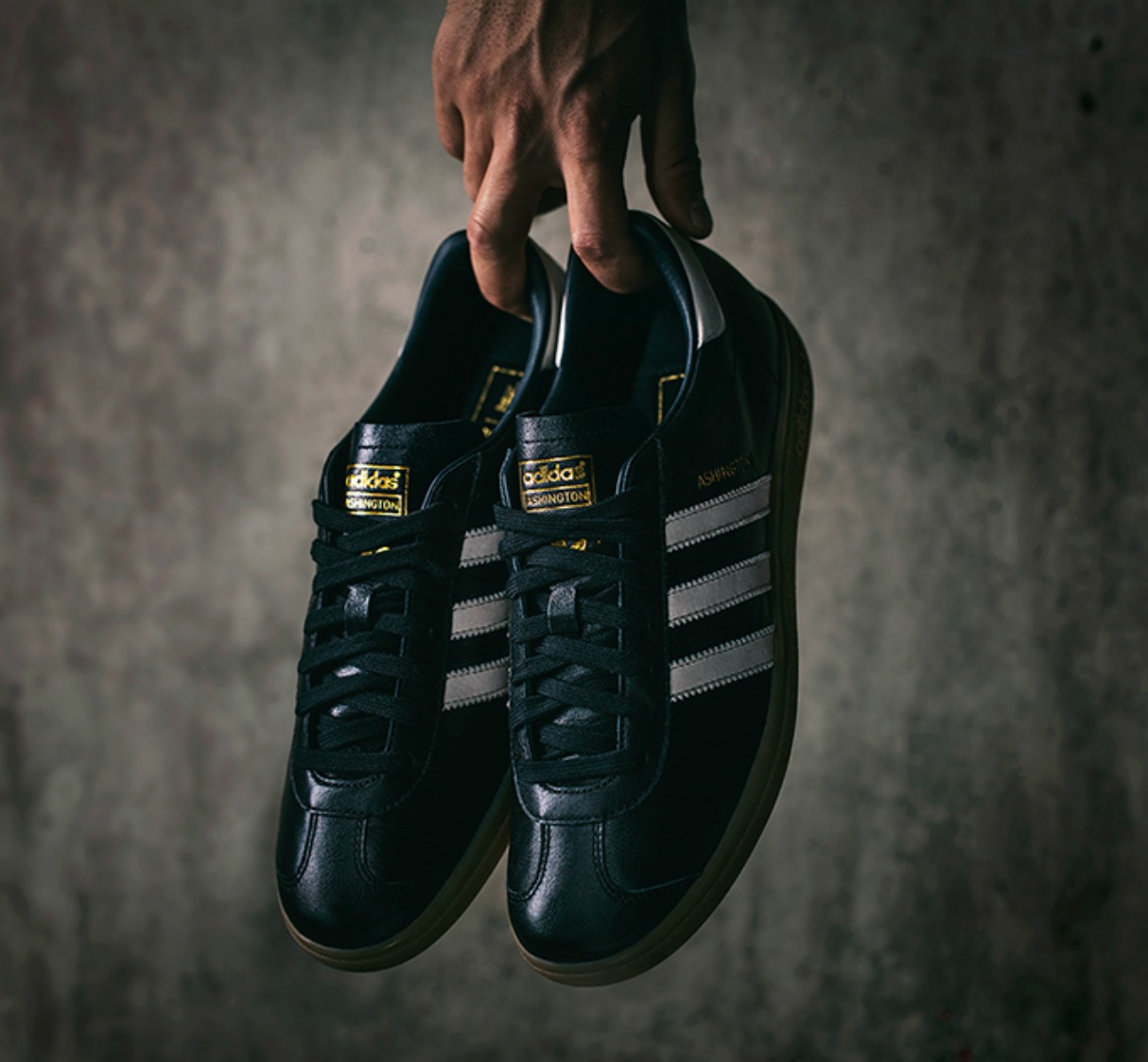