One of the most environmentally-conscious designers in the fashion industry today, Stella McCartney, has just teamed up with adidas for the first ever leather-free, vegan edition of the Three Stripes’ most iconic silhouette; the Stan Smith.

Having abstained from using any fur or leather in her garments for years, Stella McCartney has persuaded adidas to ditch the leather for a special edition version of the Stan Smith trainer. Called the Stella Stan Smith, the legendary shoe features a white silhouette with the signature Three Stripe motif replaced with a star pattern.

The Stella Stan Smith maintains features that have become synonymous with the original shoe, but also adds some embellishments to reflect McCartney’s own brand. As well as the change in stripe format, while one tongue features a print of Stan Smith himself, the other features McCartney’s portrait in the same style. Elsewhere, the heel counter features a burgundy and blue striped design, while the heel tab is black and includes both brand logos. 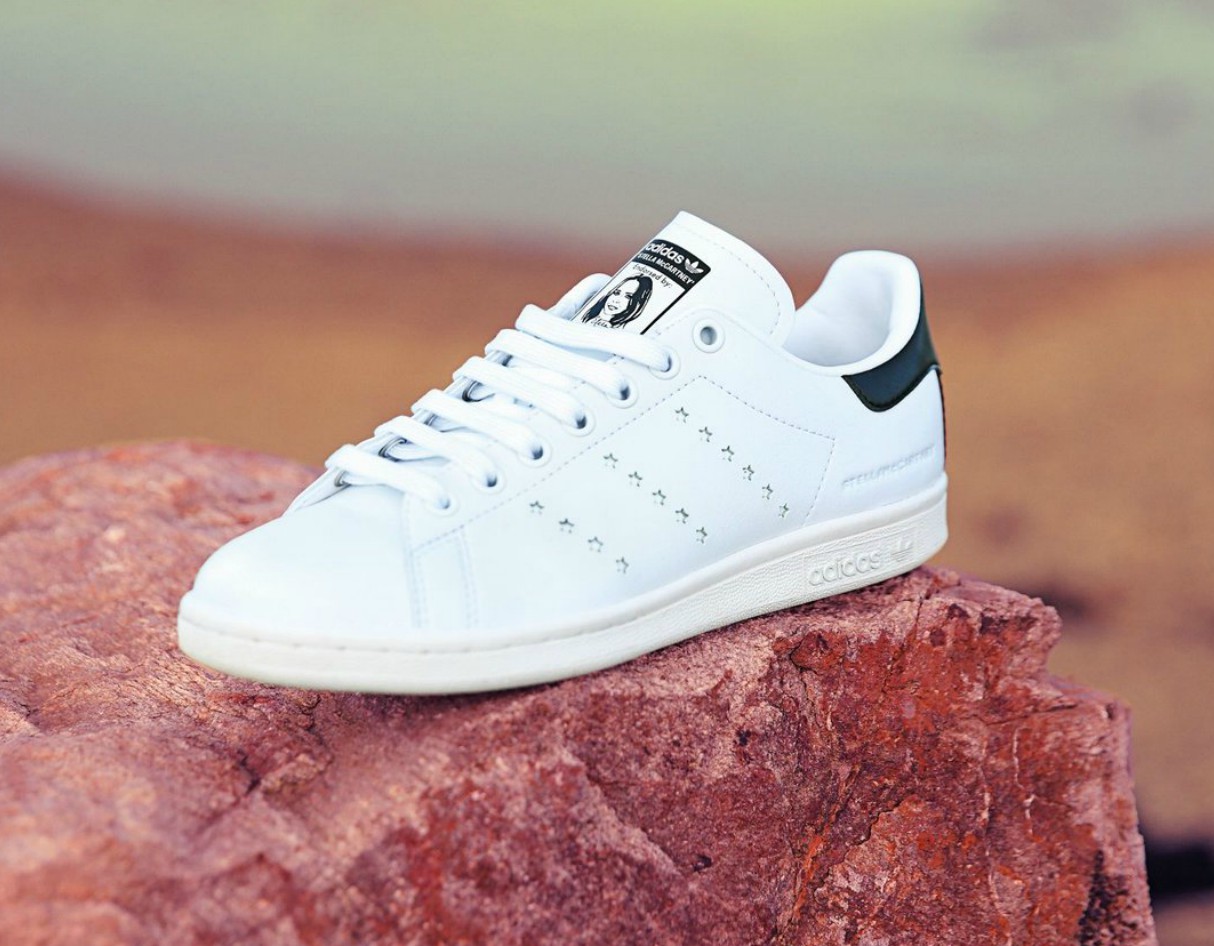 According to McCartney’s Instagram; “When I met Stan Smith years ago, I thought he was so chic and such a gentleman and that his sneaker was so iconic. I thought that a collaboration between him, me and @adidasoriginals just made so much sense.”

The vegan adidas Stella Stan Smith vegan trainers are available in stores worldwide now, as well as over at the Stella McCartney Website, where a pair will set you back £235. Nobody said the vegan life was cheap… 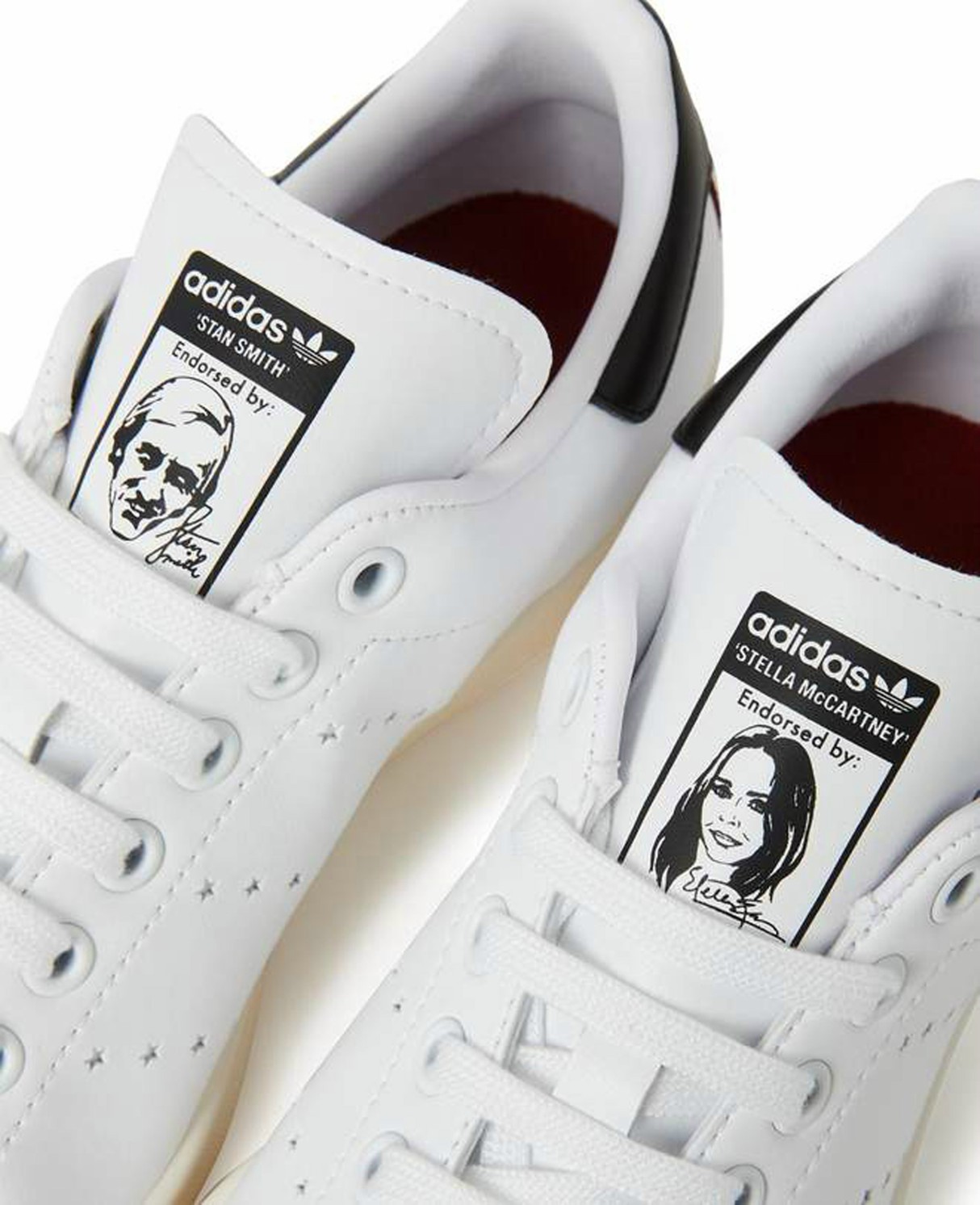 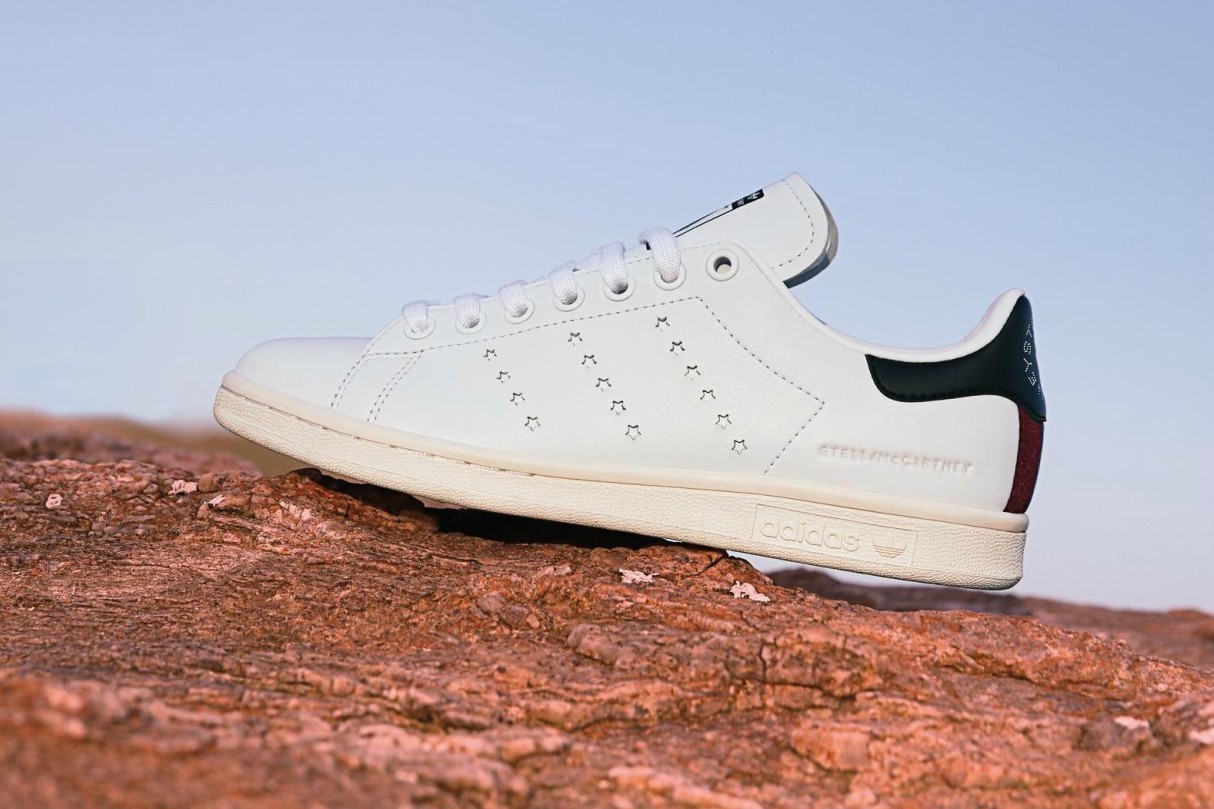 It’s not the first time adidas have offered products made from innovative materials either. Earlier this year, the Three Stripes continued its collaboration with environmental initiative Parley for the Oceans by creating a kit for Manchester United FC made from recycled ocean plastic.