Adventure Time follows the exploration of best friends Finn the human and Jake the shape shifting dog as they embark on the biggest adventures imaginable through the mythical Land of Ooo. The characters are eclectic and independently minded – just like Dr. Martens.

Jake’s arm and fist circling the top of his boots almost make it look like he’s wrapped himself around your feet. Fans of Adventure Time will know how Jake feels about boots, so it’s only fitting that he’s getting his very own Gibsons.

Finn’s boots feature his unmistakable nubby-eared hat. The third Dr. Martens X Adventure Time design features an all-over print of Finn and Jake in action. If you look closely, you’ll even notice one spot where it looks like Jake has turned into one of his Dr. Martens boots.

Dr. Martens say that two of the Adventure Time designs will be manufactured in limited numbers. We would imagine that would indicate it’s the Finn and Jake boots, so you’ll have to be quick if you want a pair. Dr. Martens are only producing 1460 pairs for sale around the globe. The collection will be available online and in stores from Monday 2nd March. 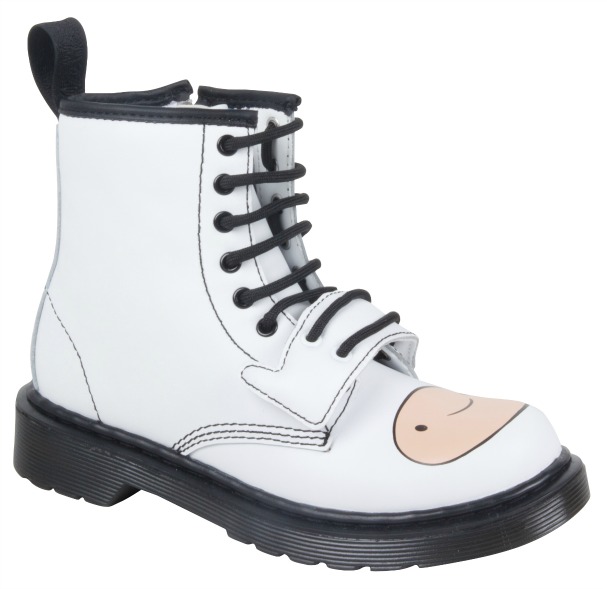 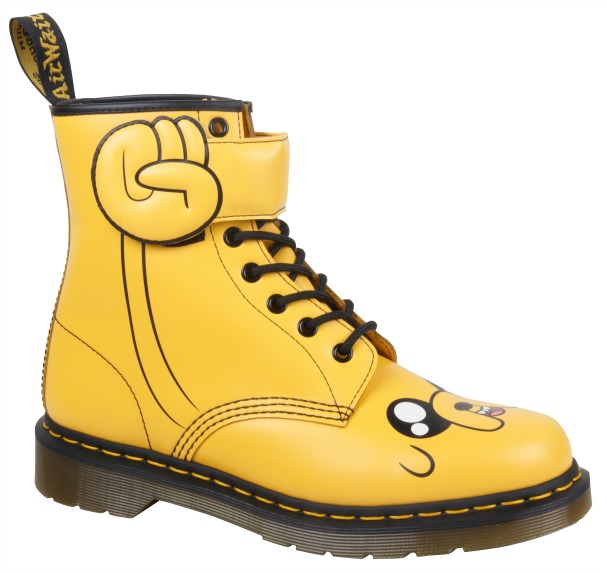 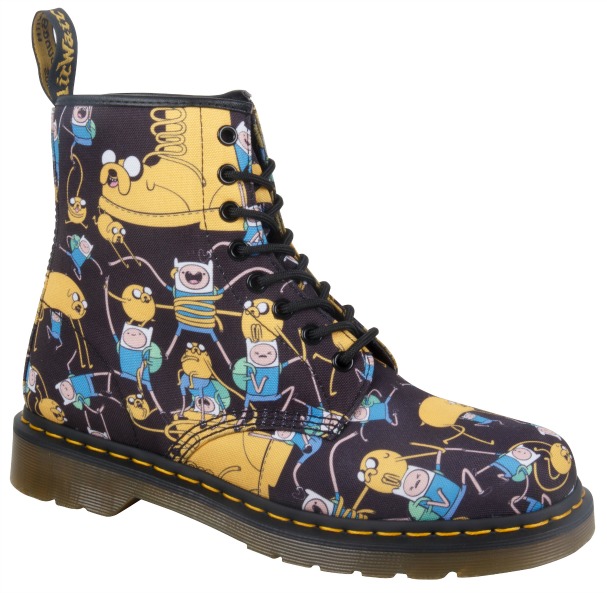