For a modern Joe, buying a watch to suit all occasions can be a tricky business. You need something functional for days out but something sophisticated for the workplace. With the Covair, you won’t have to choose between one or the other. Say hello to the Covair interchangeable watch!

You can easily modify the look of your timepiece with Covair’s interchangeable watches and quick-change straps. Various colours and styles can rotate in and out effortlessly depending on the occasion.

Powered by a Japanese Quartz movement, the 40mm Covair inserts lock into the watch base using a combination of strategically placed magnets and an O-ring. The Covair inserts pop in and out of the base with ease but once locked in, they’re still extremely secure. 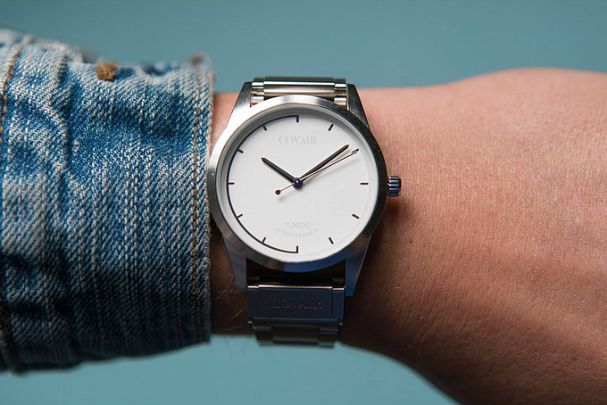 Not only can Joes transform the face, they can also easily swap over the strap with Covair’s quick-change clips. You can painlessly go from a leather band to a stainless steel bracelet in just a few seconds. The quick-change clips latch on and off the Covair watch base with extreme ease and have met vigorous standards for strength.

Normally with these sorts of novelty products the design suffers. But we like the design of the timepiece a lot and think an easily changeable style in a great idea for Joes who like to accessorise depending on the occasion. 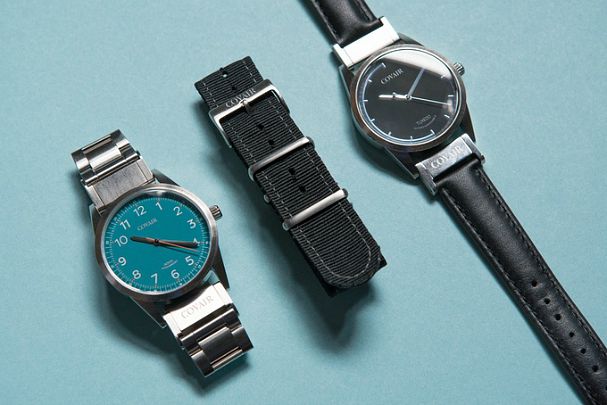 The Covair watch is being sold, unsurprisingly, on Kickstarter. With 25 days to go, it’s made half of its original target but we fully expect it to get off the ground – Joes of the internet love a novelty! You can get hold of an Early Bird starter pack which contains a couple of faces and a couple of straps for around £100. For what is essentially four-watches-in-one, we think it’s well worth the investment! 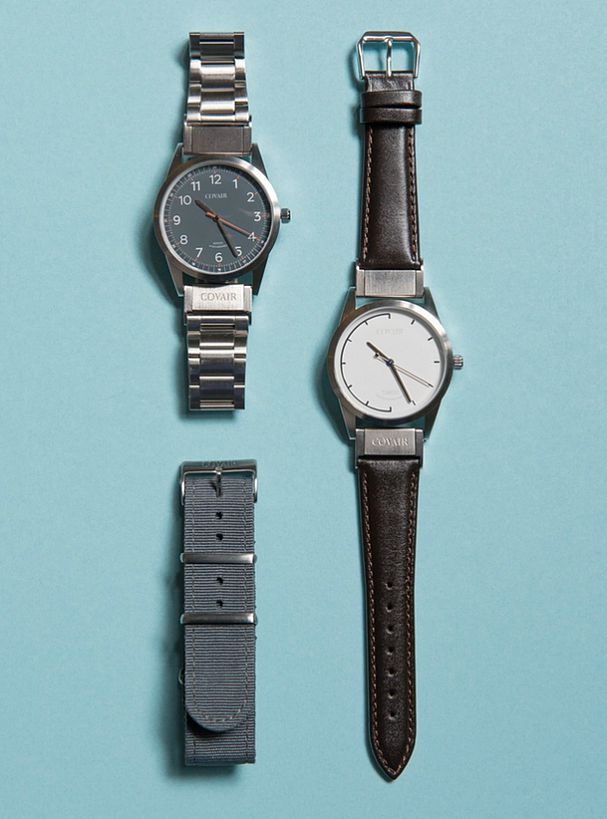