We may be cynical, but we’re not completely convinced the Floyd Mayweather (the best defensive boxer to ever grace the sport) and Conor McGregor (a man who’s never stepped foot inside a boxing ring) fight is about much else other than the sell.

Having said that, it’s hard not to be taken in by the circus surrounding it. And one of the many talking points from the roadshow has been a pinstripe suit McGregor donned which spelled out the words ‘F**k You’. Well, now you can buy the very same one for yourself!

Yes, the brash custom pinstripe suit worn by Conor McGregor is available for limited sale. It’s designed by David August, a celebrity tailor Stateside. The 3-piece outfit looks as if it’s a simple pinstripe from a distance, but the stripes themselves spell out the words ‘F**k You’ in vertical repeat. Given McGregor’s aggressive and flash personality, it was basically the perfect suit for him. 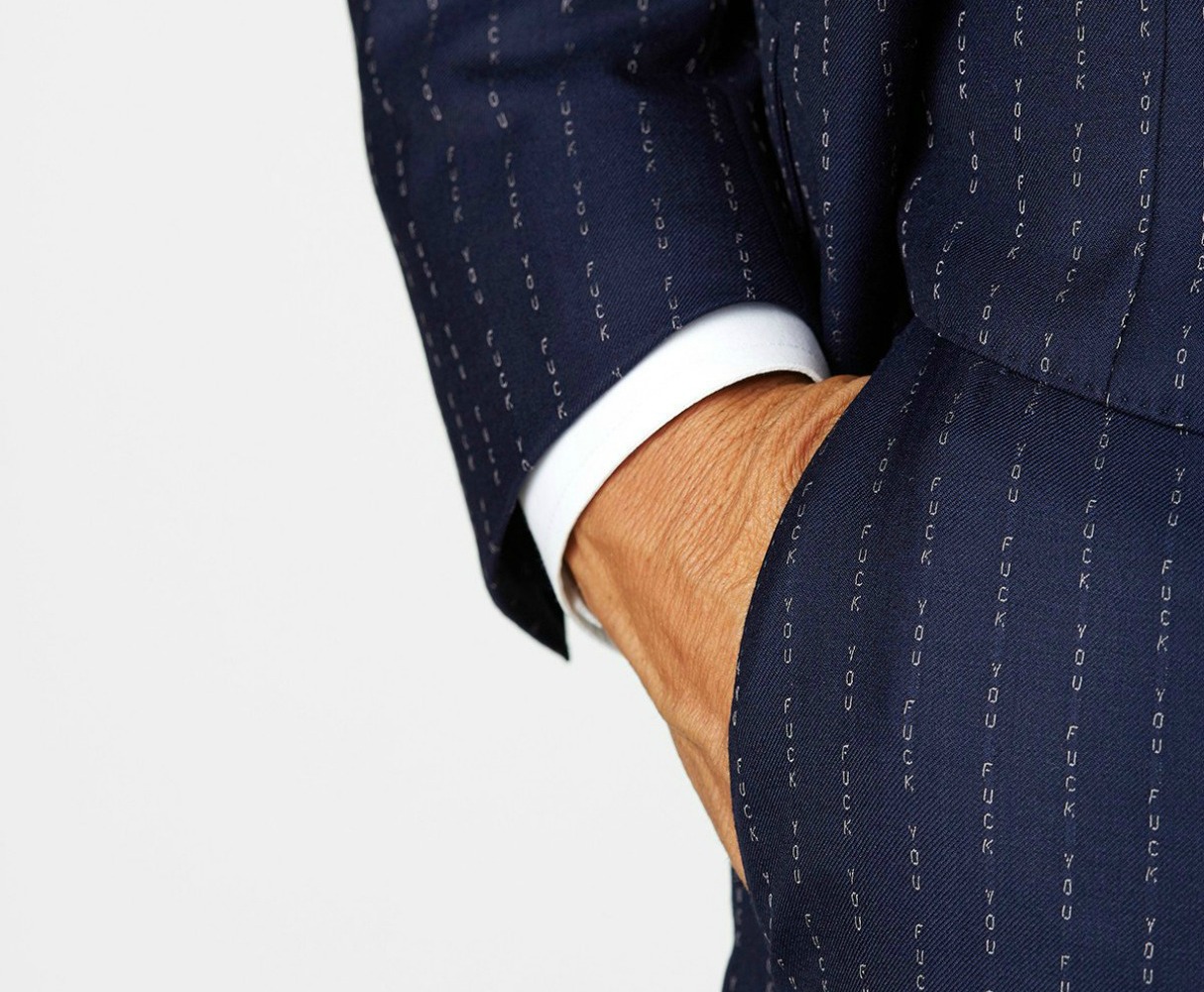 It was designed for McGregor originally, but the suit is now being made available as a limited-edition custom order. Produced in an exclusive woven Super 130’s wool in navy twill, the suit features a French-facing construction, stacked ‘kissing’ working buttons on sleeve cuff and purple camouflage silk lining.

If you think the ‘F**k You’ suit is for you, head over to the David August Website where upon purchase, you’ll be contacted by one of the tailor’s clothiers to gather all pertinent information and measurements. Production time is estimated to take 12-15 weeks and it’ll set you back around £5,000 ($6,500). 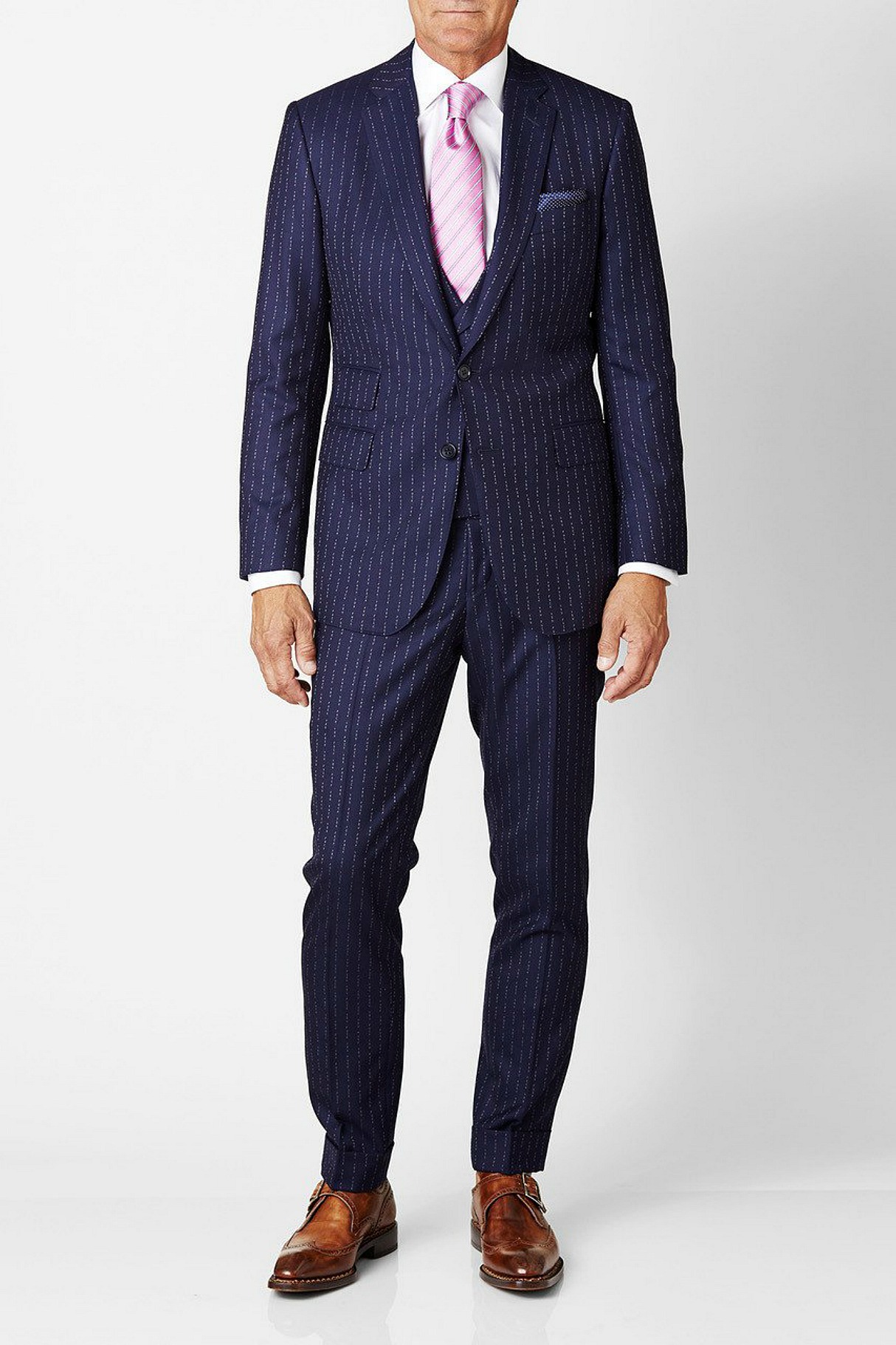