Having collaborated with the likes of Columbia Sportswear and Nixon in the past, Star Wars have just unveiled their latest limited edition collection with footwear brand TOMS, inspired by the legendary saga with artwork from the original trilogy.

Well ahead of the final instalment of the latest Star Wars trilogy in December, the Star Wars x TOMS capsule collection features some of TOMS’s most loved silhouettes – including the TRVL Lite Low, TRVL Lite slip-on and signature Alpargata – given a makeover by galaxies far, far way in sizes for men, women and kids.

The collection sees a range of TOMS’s slip-ons and sneakers come with artwork inspired by the original Star Wars trilogy to create a collection with intergalactic appeal. Naturally, the footwear brand’s much loved Classic Alpargatas – a light canvas espadrille – is present and features custom, storyboard-style prints based on each of the three ﬁlms. 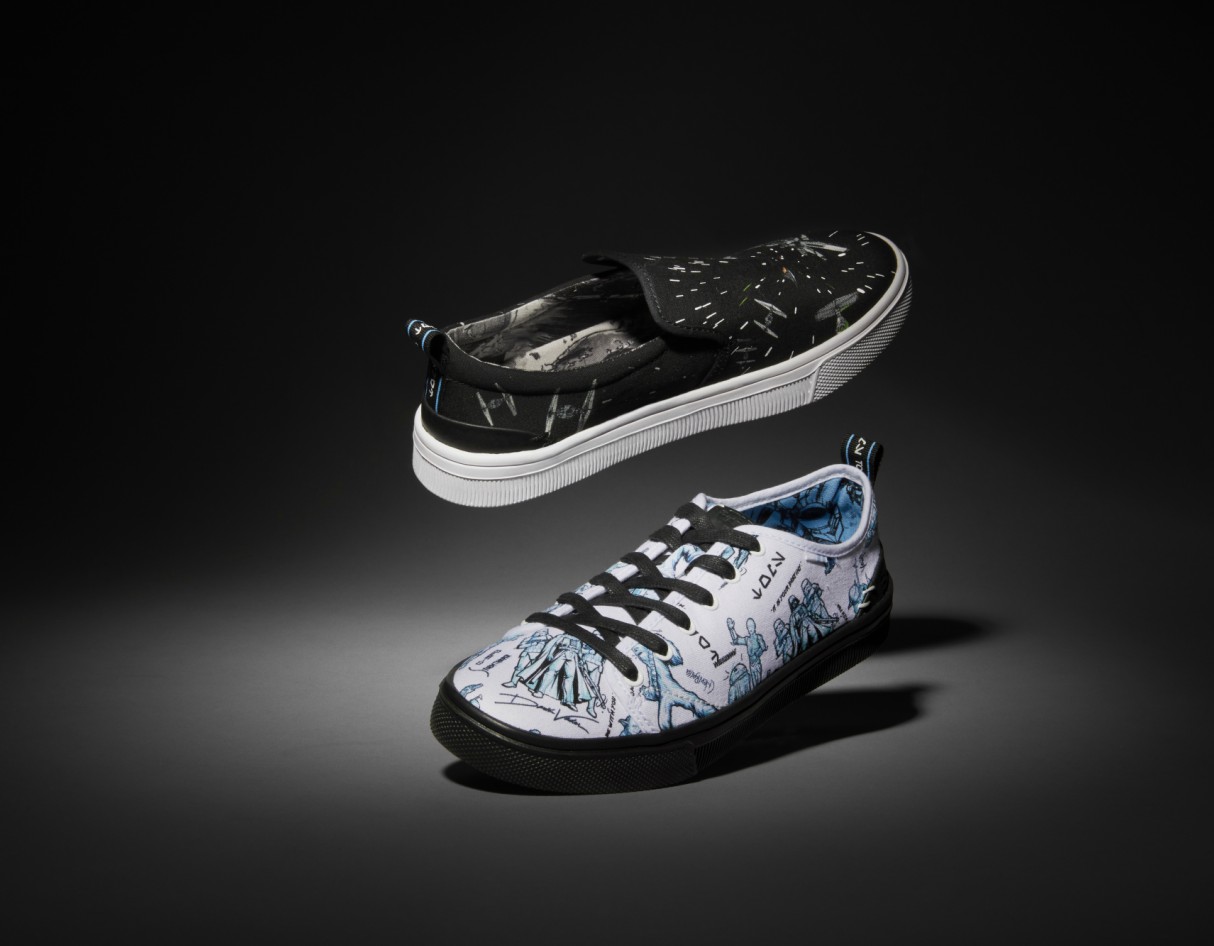 Elsewhere, star-studded selects from the TRVL LITE Collection— an ultra-lightweight collection designed for life at the speed of the Millennium Falcon – has also been designed with Star Wars fans in mind.

The Star Wars x TOMS collaboration will be released in two drops; the second of which will be arriving in November 2019 in anticipation of the release of Star Wars: The Rise of Skywalker. The first drop is available now over at the TOMS Website, with prices ranging from £30 – £70. 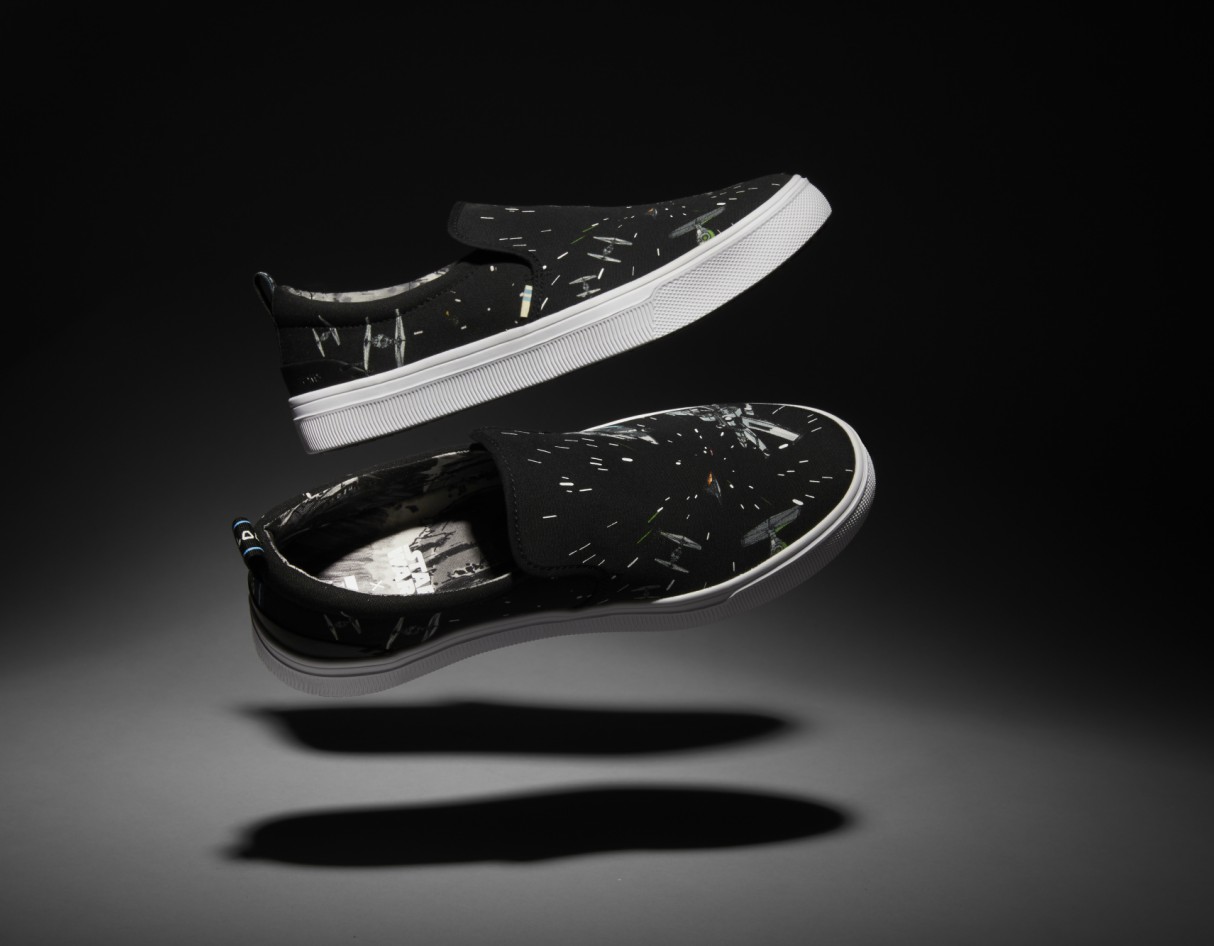 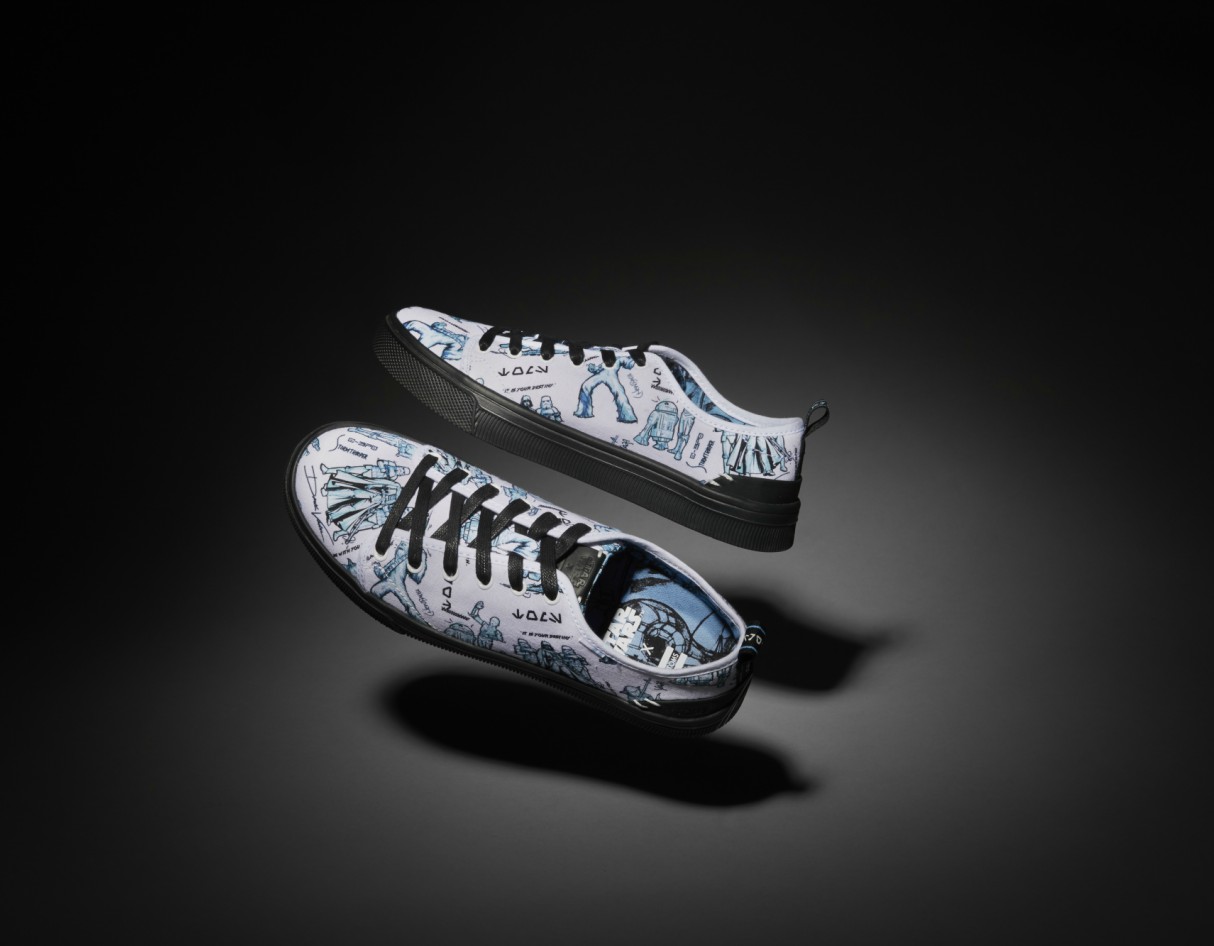 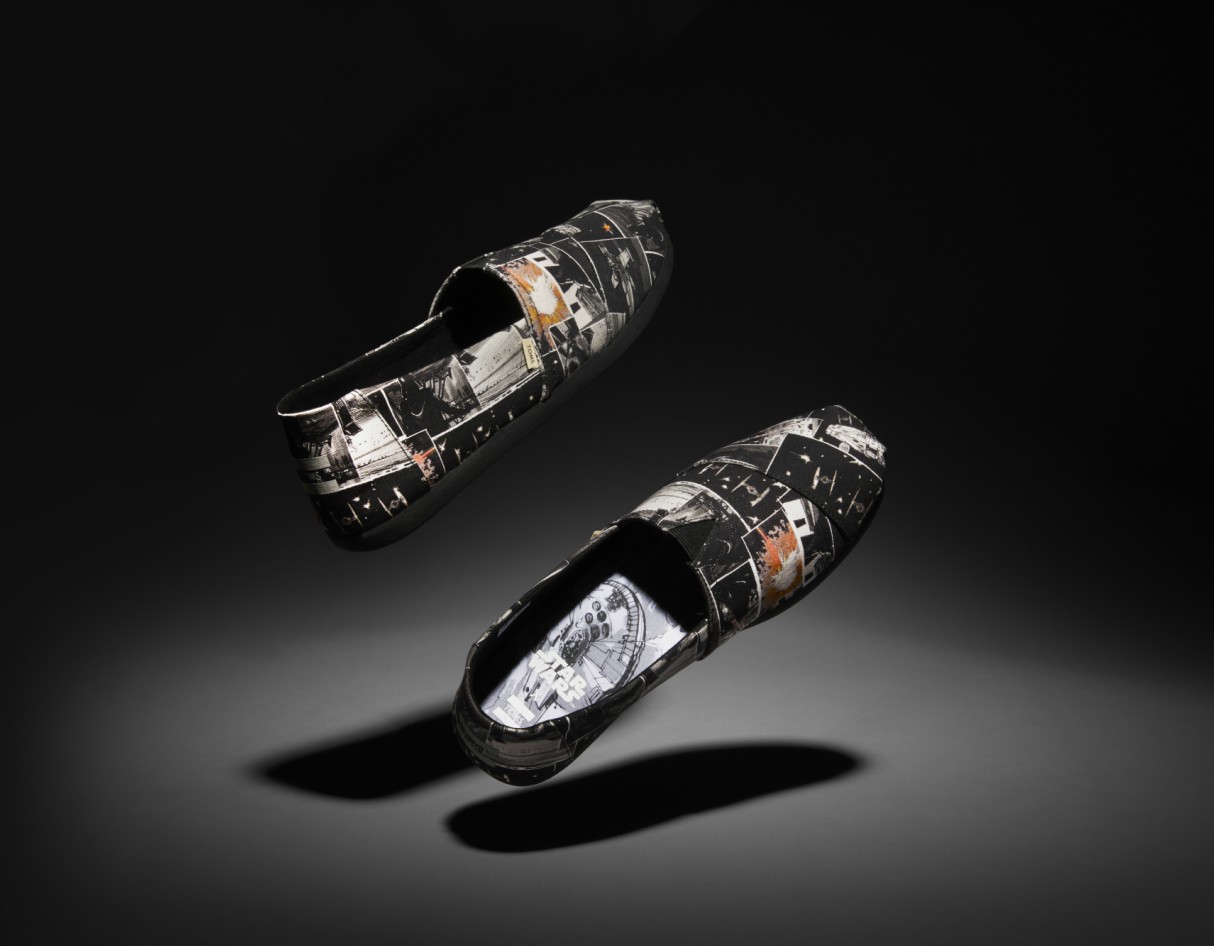 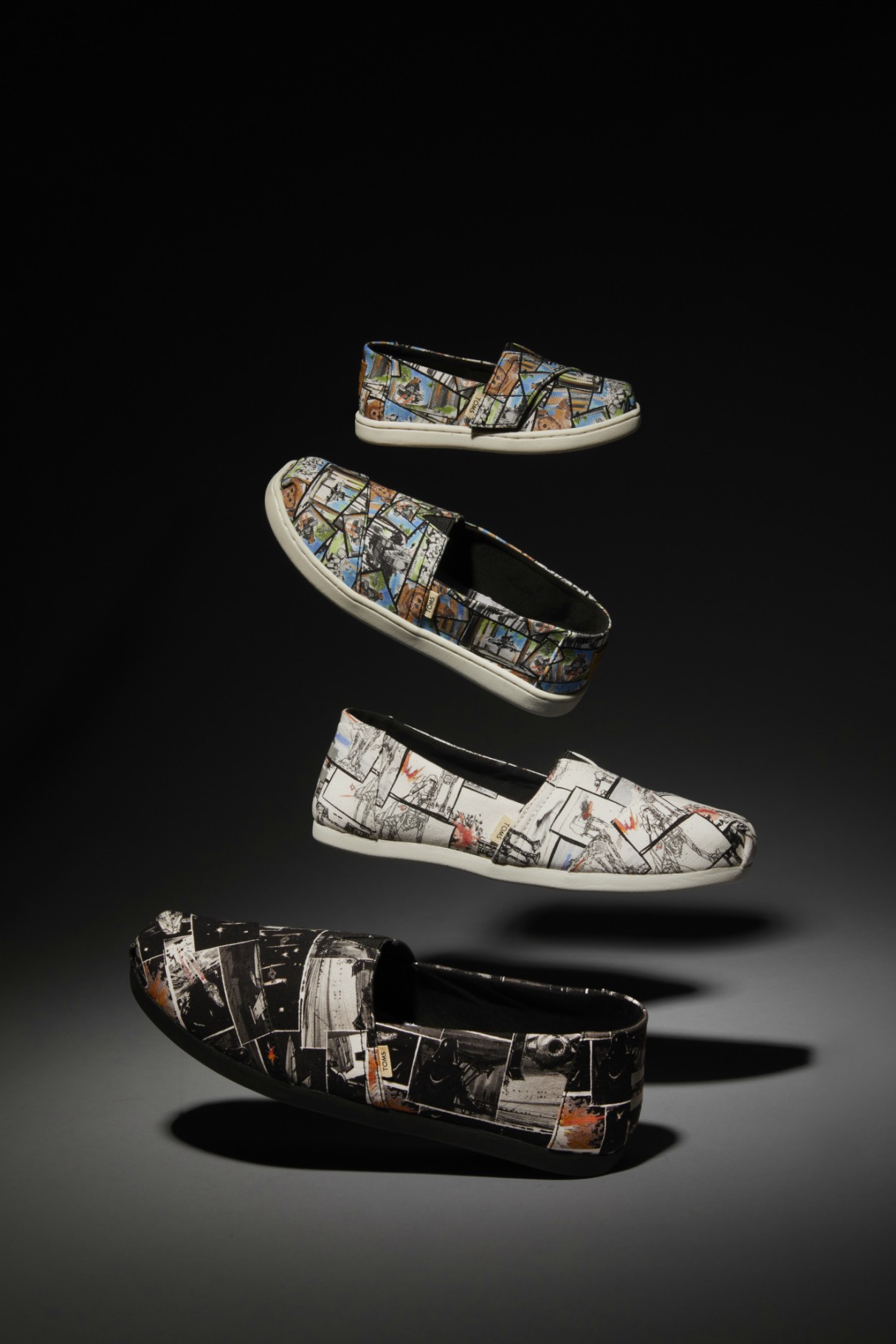 In other Star Wars news, Disney has opened its much-anticipated Star Wars: Galaxy’s Edge theme park to the public earlier than anticipated. The ‘phase one’ launch at Disneyland Resort in Anaheim has already commenced, while the park at Disney’s Hollywood Studios in Bay Lake, Florida is set to open in August.