Swedish watchmakers TRIWA has announced that it will be selling a limited-edition Donald Trump-inspired watch that was original conceived purely for April Fool’s Day. Yes, after the success of the prank, the TRIWA Comb-Over Watch (which features the hair of the US president as hands) is set to go into production after hundreds of call from customers.

In response to the demand on social media, TRIWA said they’d make the watch a reality if they received 100 orders were received before 15th April. Well, over 900 watches have now sold, making it the fastest selling product in the company’s history.

“We weren’t expecting any commercial power,” said TRIWA creative director Ludvig Scheja. “We are blown away by the positive response we’ve received since it was made as an April Fools campaign.”

The 38mm watch face features a cartoon illustration of Trump with a bright pink face and an open shouting mouth. Trump’s yellow hair is split into two parts to form the clock’s hands. The watch has Miyota GL00 Quartz movement, while things are finished off with either a Mustard or Black nylon strap.

The TRIWA Comb-Over Watch is available to pre-order now over at TRIWA’s Website for £99. Be warned, however; there are only a few watches left to order and delivery isn’t expected for around 90 days. 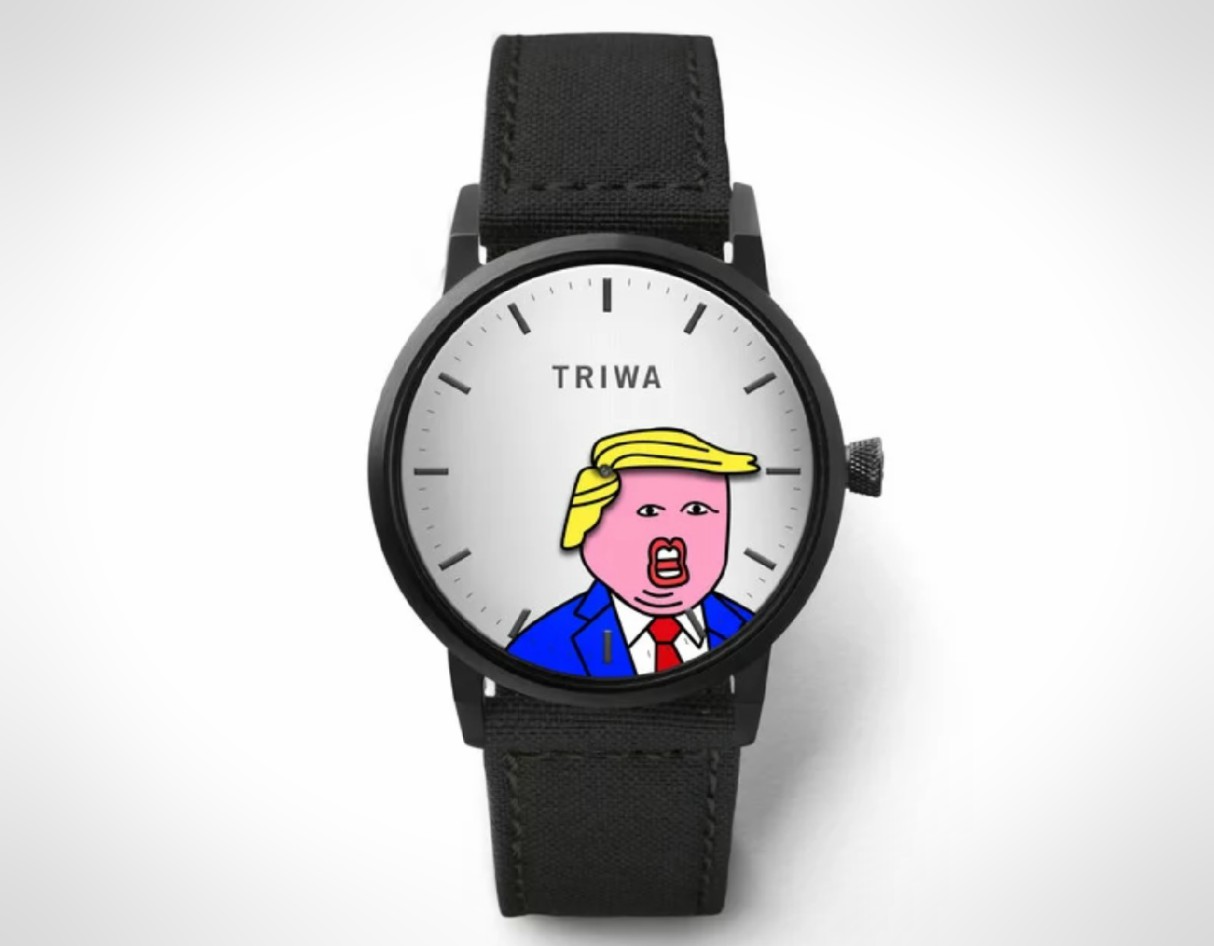 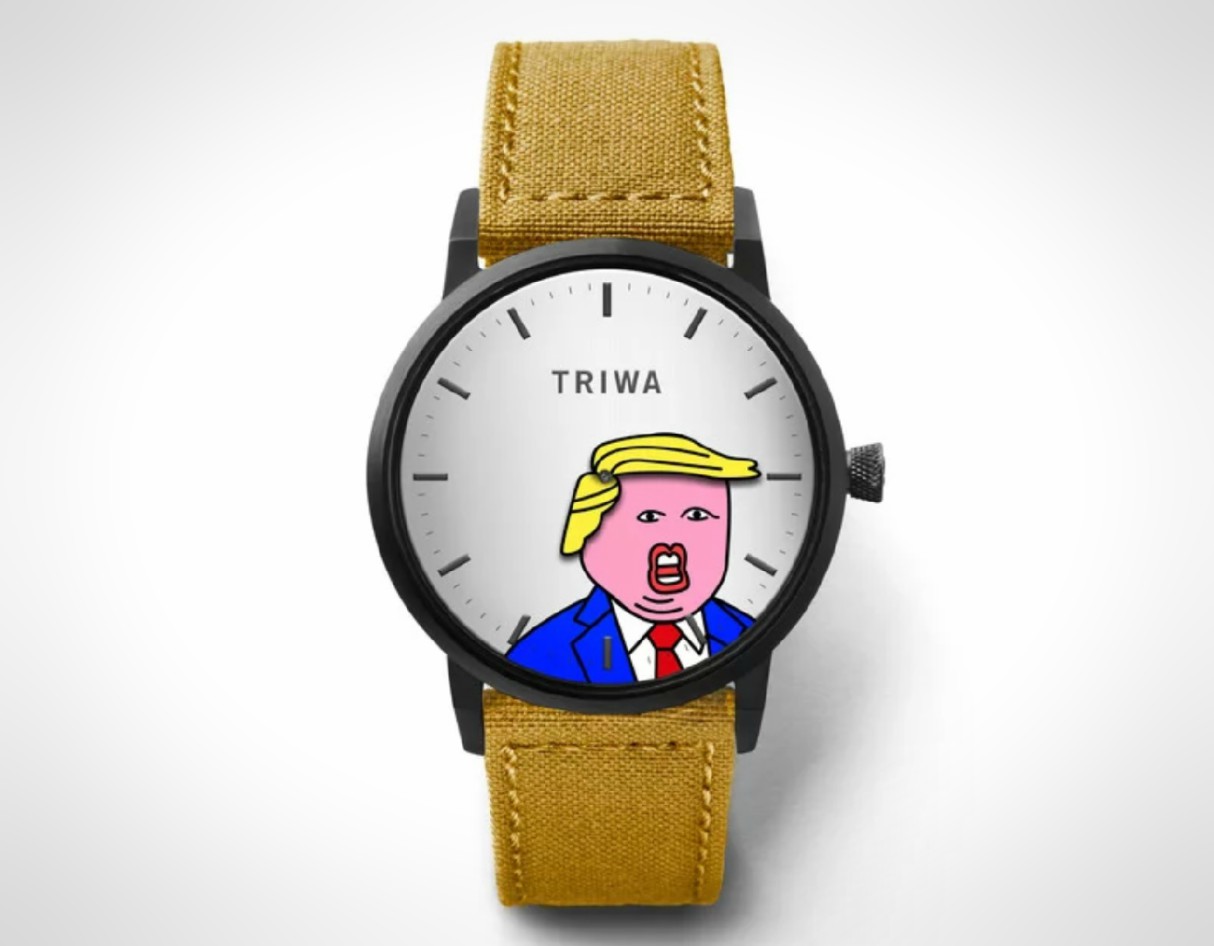 When you think of watchmaking, it’s probably fair to assume that Britain isn’t the first place that springs to mind. But look closely and you’ll see that the UK watchmaking industry is thriving – here’s six new British watch manufacturers we think you need to know about.