The Northern Lights are on the wish list of most travellers in the world. But knowing exactly where to find solar particles that collide with atmospheric gases to create colourful displays is far from easy. Firstly, the time and place of aurora activity is near impossible to predict with absolute conviction, and they never stick around waiting for you to arrive with your camera. Then there’s that little thing called ‘weather’…

But while you can’t guarantee a dancing lights exhibition, you can give yourself the best chance possible. The regions where you have the most chance of seeing an aurora are at a latitude of 66 to 69 degrees North. The Southern Lights or Aurora Australis occur over Antarctica, and due to simple geography, they’re usually saved for research scientists and the odd penguin. Which leaves us the Aurora Borealis, otherwise known as the Northern Lights.

How to See the Northern Lights

Before we get into locations, there are a few ground rules when it comes to chasing The Northern Lights. Guaranteed darkness is the first important factor with light pollution your biggest enemy. Clear skies is another. But one of the most important things to remember when choosing your destination is to make sure you give yourself time. Auroras tend to be very active for two to three nights, then low for four to five nights. So give yourself a week.

Now we’ve laid down the groundwork, here are the best places on Earth to see The Northern Lights… 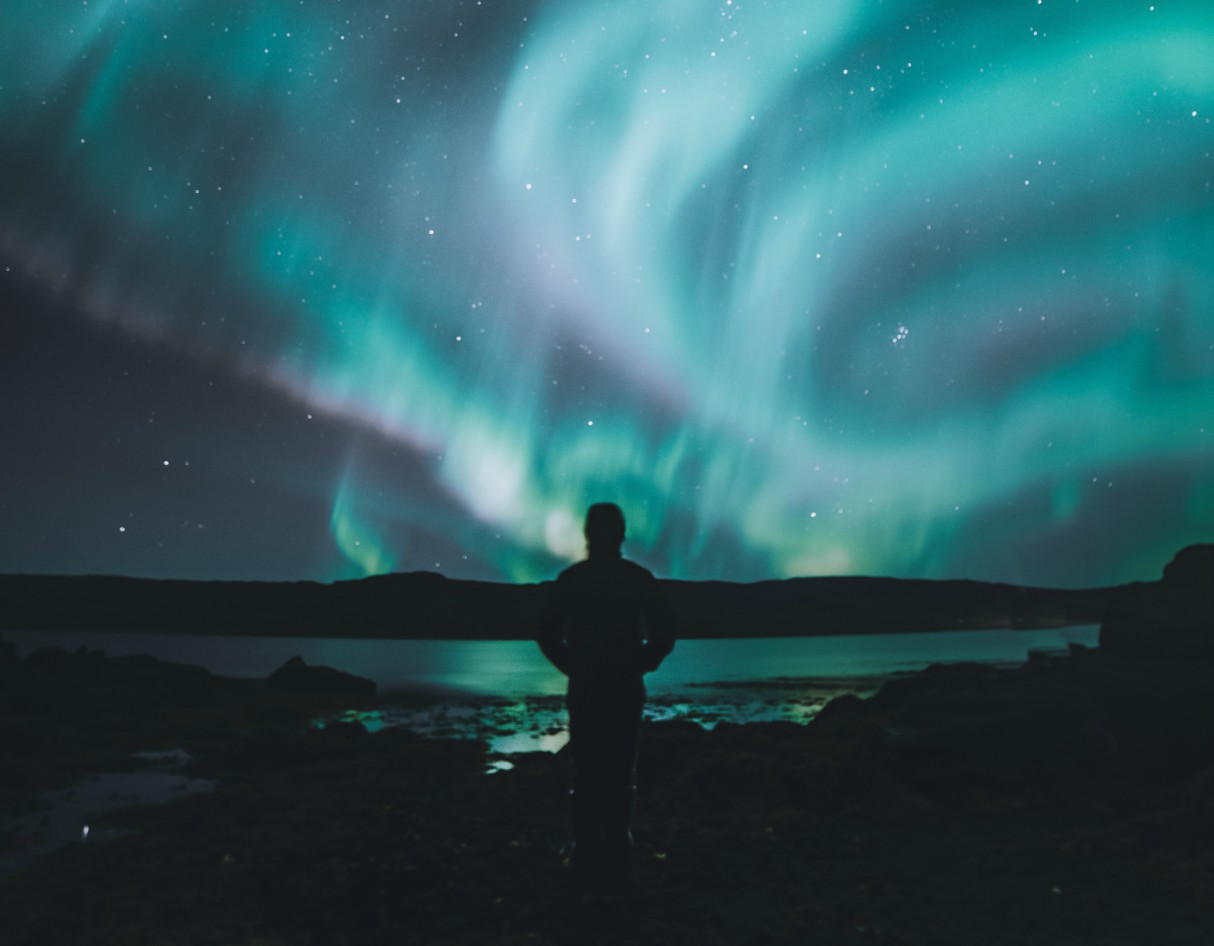 Norway is arguably the best country on the planet to see The Northern Lights, with the island of Svalbard the best place to see them. The only problem is its accessibility. Svalbard is very north and as such, stiflingly cold. It’s also incredibly sparse, meaning barring the lights and some beautiful scenery, there’s not much going on. Which leaves you with the Norwegian mainland. Generally speaking, as with all Northern Lights hotspots, the further North you go, the likelier you are to see them. The Lofoten Islands are often cited as being among the most beautiful places on Earth and are perfect for aurora spotting, but we’d recommend the likes of Tromsø. Despite its high latitude, Tromsø is surprisingly vibrant with plenty to do. And because of the Gulf Stream, coastal towns in Norway are milder than you may expect in winter. 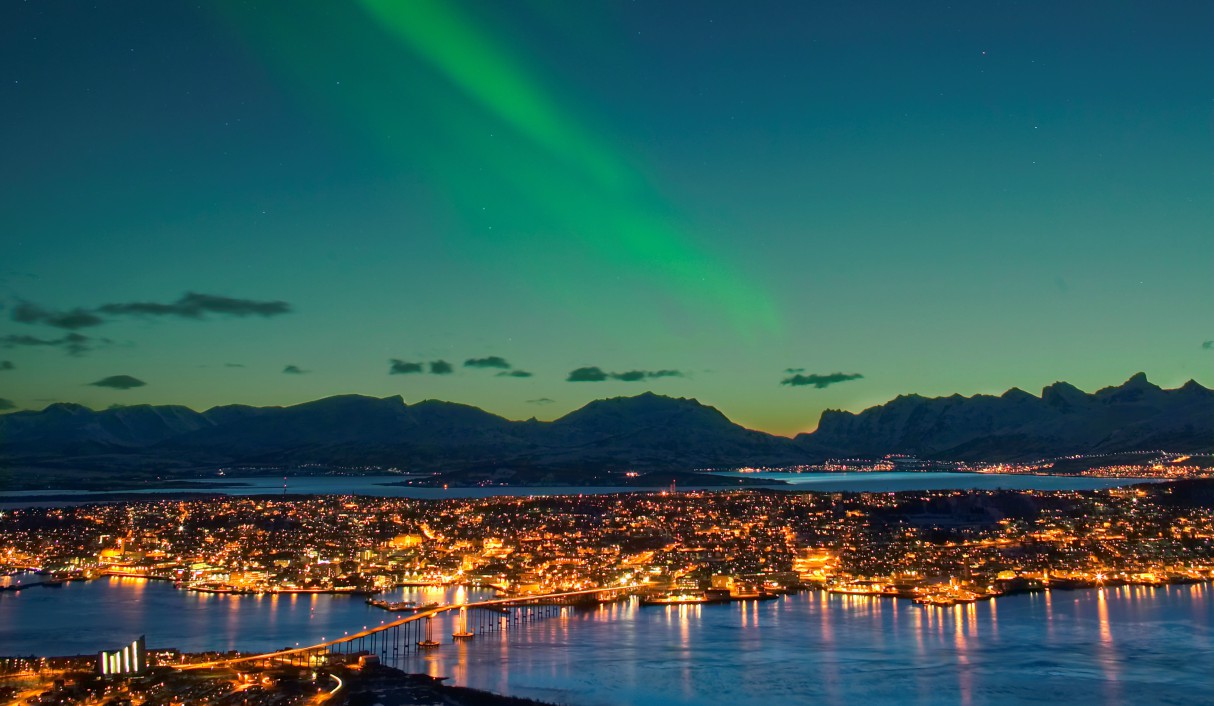 Though Norway may technically be the absolute best place to see them, Iceland is famed for Northern Lights activity thanks to its small size and breath-taking beauty. Though the city itself often misses out on the Aurora Borealis due to light pollution, Reykjavik is the perfect place to base yourself in the country. There’s plenty going on and most of Iceland’s major attraction are within a short drive. You don’t even need a car, however, as there are plenty of Northern Lights tours, with guides taking you around various sites outside of the capital in search of dancing skies. Tours usually start around 9pm and can finish around 2am but there’s no guarantees, so if you don’t see any lights most tour companies will give you free trips until you do. The only issue with light hunting in Iceland is the country’s notorious ever-changing weather conditions! 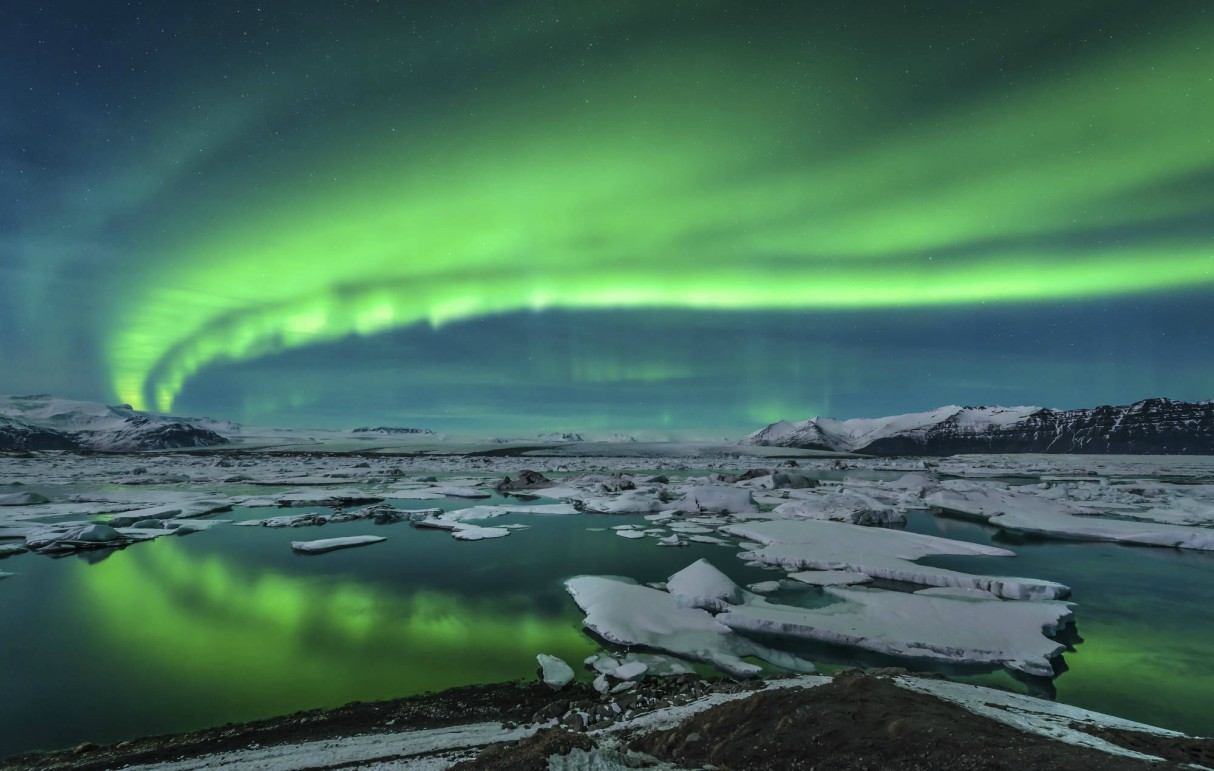 But while the romanticism of travelling abroad for lights may be half of the appeal, there are opportunities much closer to home in Scotland. Northern Scotland actually lies at the same latitude as Stavanger in Norway and parts of Alaska which means that you’re in with a chance of spotting the ‘Mirrie Dancers’ in Scotland without ever having to break the bank. For example, the coast of Caithness in the far north of Scotland is often one of the best places to see the Aurora Borealis anywhere. While the northern reaches of Scotland naturally offer better chances of spotting Northern Lights, the aurora can be seen anywhere in Scotland when the conditions are right and where the light pollution is at a minimum.

Lapland may be more famed for its connections to Father Christmas but it’s also a hive of aurora activity in autumn and winter, with The Northern Lights shining almost every other clear night between September and March. Though, as always, northernmost Lapland is ideal, in southern Finland they’re also visible roughly 10-20 nights a year. Location-wise, Rovaniemi is Lapland’s largest town and is the perfect base if you want some amenities and activities other than green light chasing. For the more adventurous, Lake Inari in Northern Lapland is one of the most beautiful spots in the region and prime territory for aurora activity. 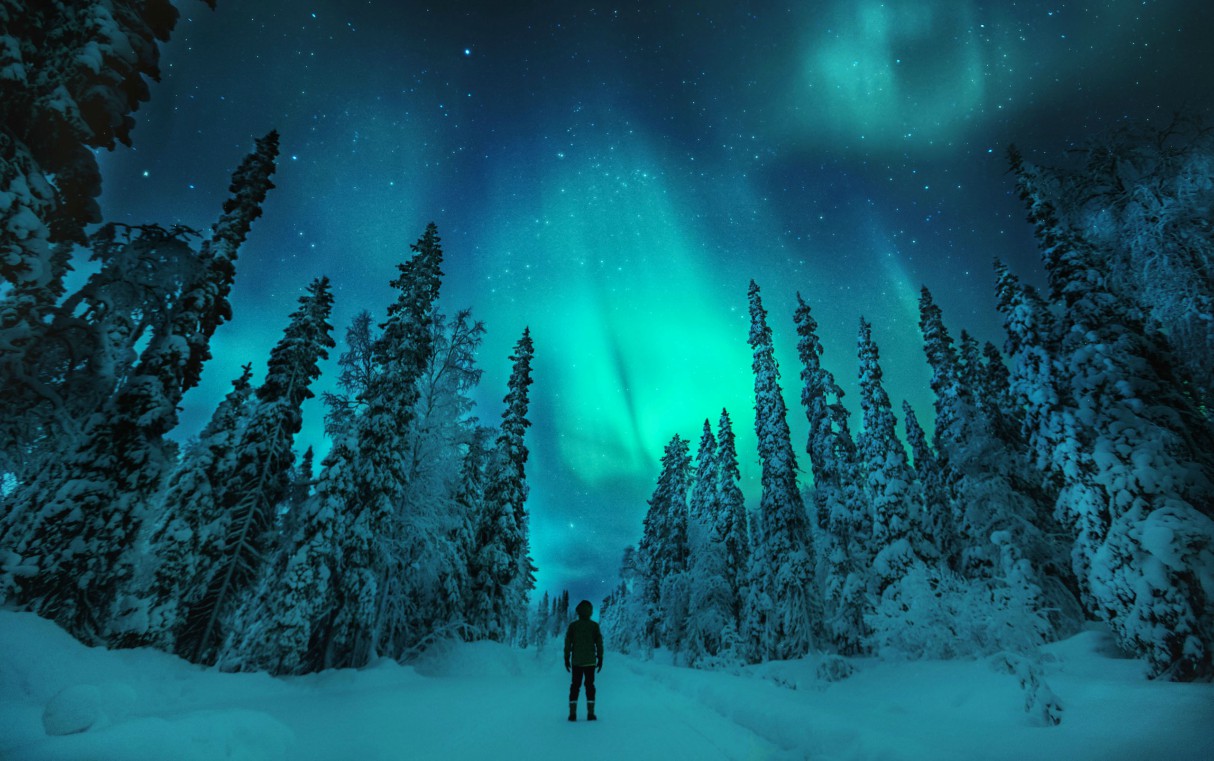 With the cost of a long-haul flight a major factor, Canada is easily the most expensive option on our Northern Lights location list. But as the ‘Aurora Oval’ covers the vast majority of the country, Canada is fantastic option when it comes to aurora hunting. Canada is blessed with scenery basically wherever you go but there are a few spots we’d whole-heartedly recommend. Yukon, as well as offering the Borealis, also offers a great range of activities during the winter months, while the likes of British Columbia has some of the world’s best ski slopes, which means you can ski during the day and light gaze in the evening. But the town of Churchill in Manitoba has one of the heaviest concentrations of aurora activity in North America and is perfect for wildlife spotting too with beluga whales and polar bears sightings not uncommon. 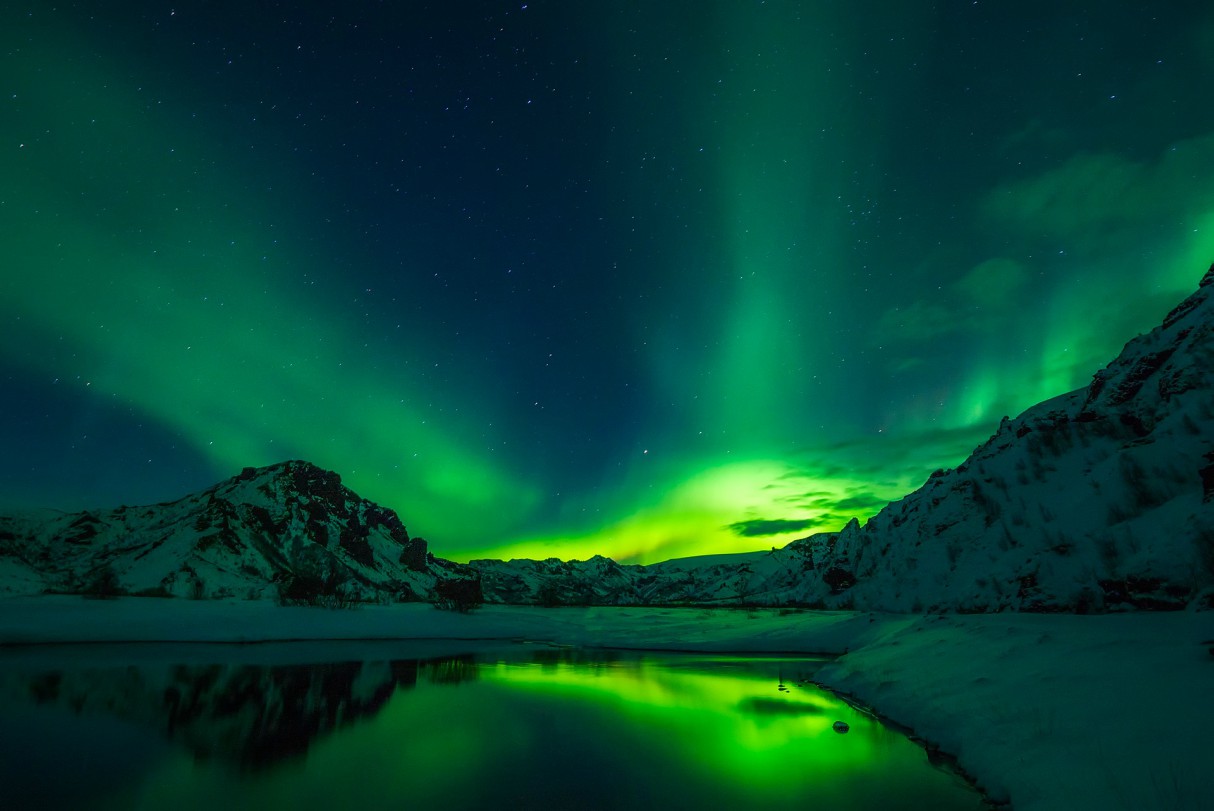 Completing the Scandinavian entries in our list, Sweden does have some advantages over other aurora hotspots: Though northern Sweden is hardly warm, it does benefit from the milder temperatures of the Gulf Stream making it a little less harsh than lots of other places where the lights are visible, such as Siberia and Canada. Sweden is also cheaper to visit than some of its Nordic neighbours – especially Norway where finding a pint for under £10 is practically unheard of. The village of Jukkasjärvi in the Kiruna region is ideal if you want some luxury thanks to the country’s first ice hotel, while the likes of Tärendö are small enough to avoid light pollution but also incredibly flat, meaning the skies feel enormous. The little outpost of Abisko is also about as far north as you can go in Sweden, and has become somewhat of a mecca for aurora spotters in recent years. 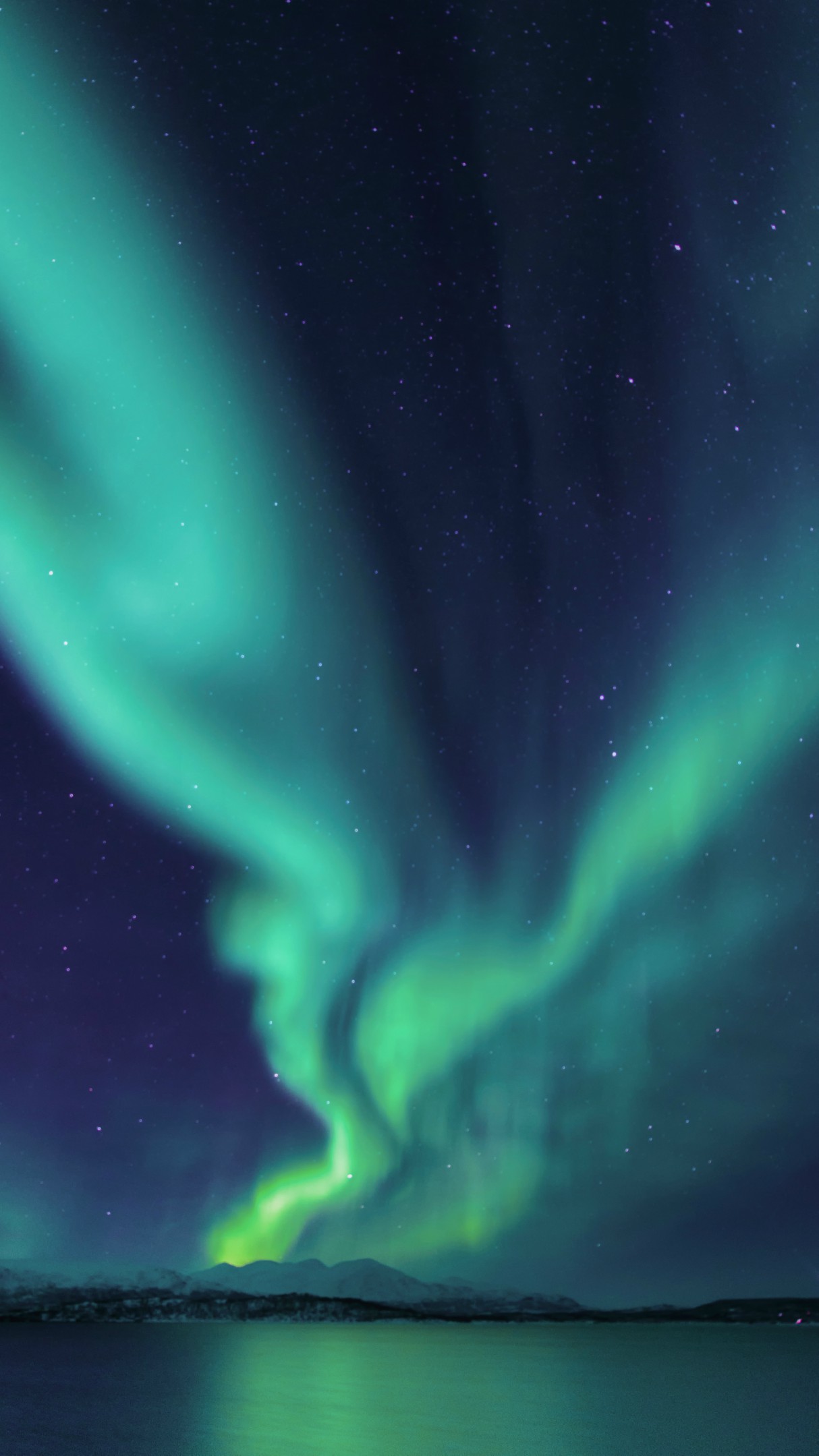 If you’re after some more travel inspirations, check out our 7 Landscape Lovers You Need to Follow on Instagram.