While an evening spent at a fancy restaurant will always have a time and a place; when travelling, nothing will give you an insight into the local culture quite like a city’s street food scene. Authentic street food can give eaters a glimpse into the past and the future of a place, and that means it’s always one of the first things we look for when abroad.

The influence of street food stretches far and wide, and can even be the sole reason to head to a country. So with that in mind, here’s seven of the best cities in the world to eat street food and what you should be trying!

It shouldn’t come as too much of a shock that Mexico in general is a street food lover’s utopia. The kings of finger food have a whole cuisine culture built on the stuff, with Mexico City the pilgrimage that all serious foodies should make at least once in their lifetime. Tacos and flautas are naturally everywhere and often served from the back of bikes in the central district, but we’d also recommend sampling the likes of chicharrónes (a pork belly and crackling creation to die for) and elotes (corn on the cob smeared with cheese, chilli and mayonnaise).

You’ll find antojitos (literally “little cravings”) all over Mexico City but the main market, La Merced, is a hub of activity under one roof and you’re guaranteed good grub. Alternatively, market buildings such as Mercado Allende in the Coyoacan neighbourhood are packed with stalls selling ceviche, fresh juices and sweet treats. Or you could just stroll around and follow your nose – we promise you won’t be disappointed! 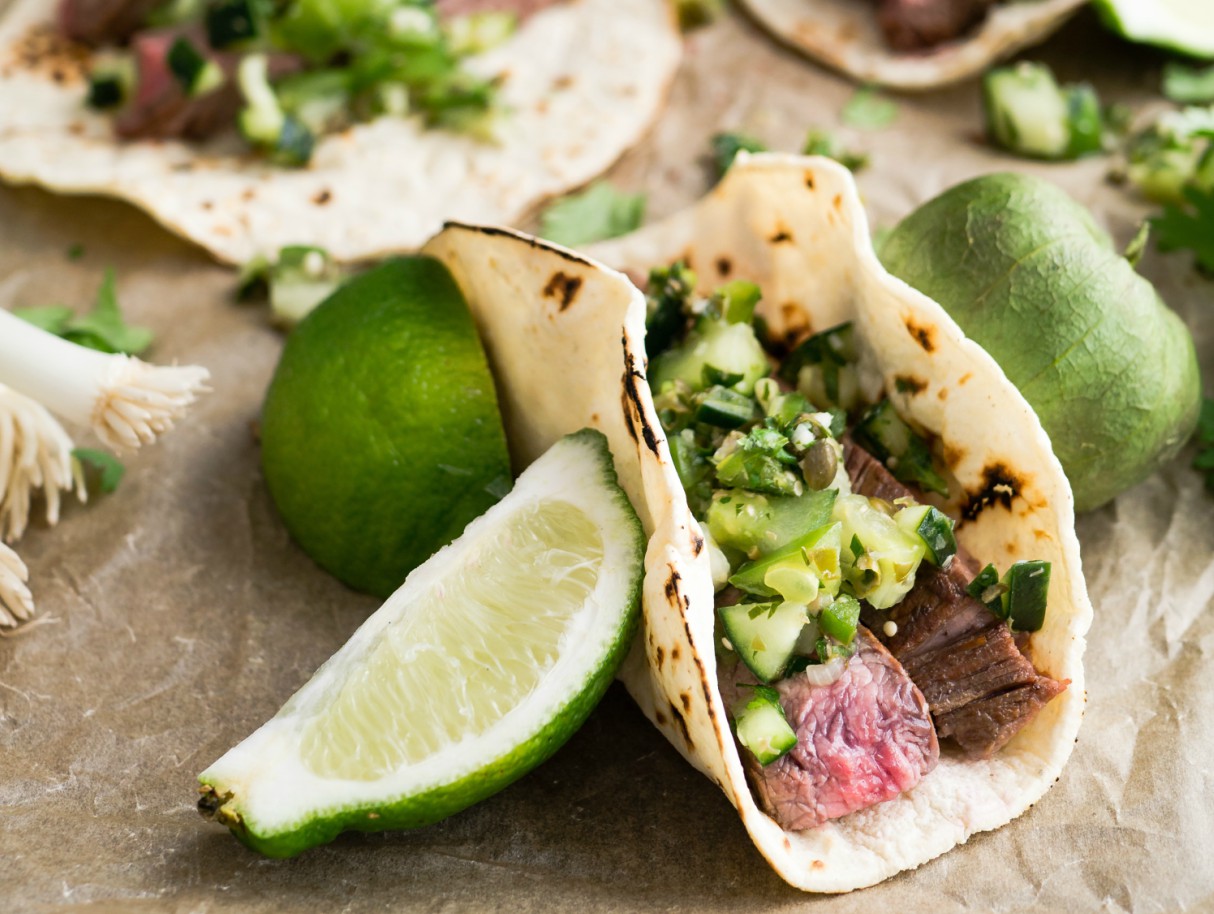 Tokyo has more Michelin star restaurants than anywhere else in the world. And while there’s some serious fine dining to be had, some of Tokyo’s tastiest and most innovative foods are found in more humble surroundings. Though street food hubs like we see in London aren’t as much of a thing in Tokyo, izakaya are one of Japan’s quintessential experiences. They’re hard to define but imagine alleys filled with small bars which serve hot sharing dishes, perfect for beer drinking. Many izakaya also offer ‘nomihodai’ (all-you-can-drink) and ‘tabehodai’ (all-you-can-eat) deals.

Izakaya dishes are diverse to say the least and can include anything from chicken karaage (Japanese-style fried chicken) and nabe (Japanese hotpot), to sashimi and sushi, so they’re a great place to sample dishes you’ve never had. We’d also recommend trying one of Tokyo’s most popular street dishes takoyaki, a deep-fried battered ball of onions, ginger, octopus and tempura pieces which can be found all over the city. And if it is seafood you’re after, make your way around Tsukiji, Tokyo’s foremost fish market. 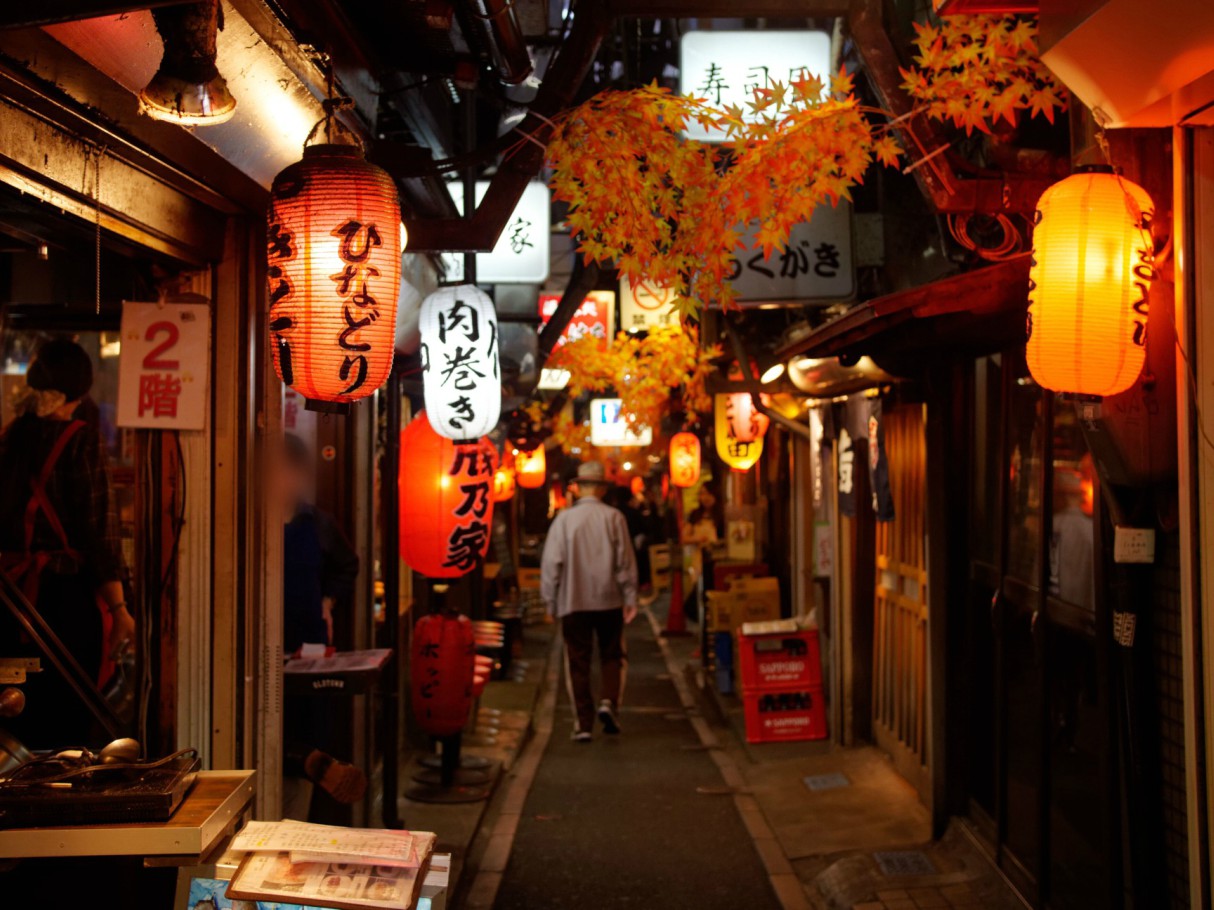 Being home to immigrants from all over the globe, Berlin has embraced its multi-cultural cuisine like no other city. The city has a mere 4,650 restaurants serving food from all across the globe, with Thai, Chinese, Italian, Korean, Greek, Croatian and Vietnamese food all catered for. But its street food scene is also thriving. Practically wherever you look you’ll find kiosks dotted around the city selling pretzels, sausage sandwiches and our favourite, currywurst mit pommes (sausage curry and chips). Kaffee und kuchen (coffee and cake) culture is also important to Berliners.

Kreuzberg is a hub for much of Berlin’s street food scene, with the Thursday pop-up at Martkhalle Neun (an old building recently converted by the local community) a great place to grab a beer and a bratwurst. Bite Club is often considered the city’s main street feast hub, offering well-made fast food, loud music and plenty of booze. While it roams between different locations, its summer base is at Hoppetosse. On Saturdays, Boxhagener Platz Food Market is well worth a visit, while Sundays are made for Mauerpark with its street food vendors, vintage markets and bearpit karaoke. 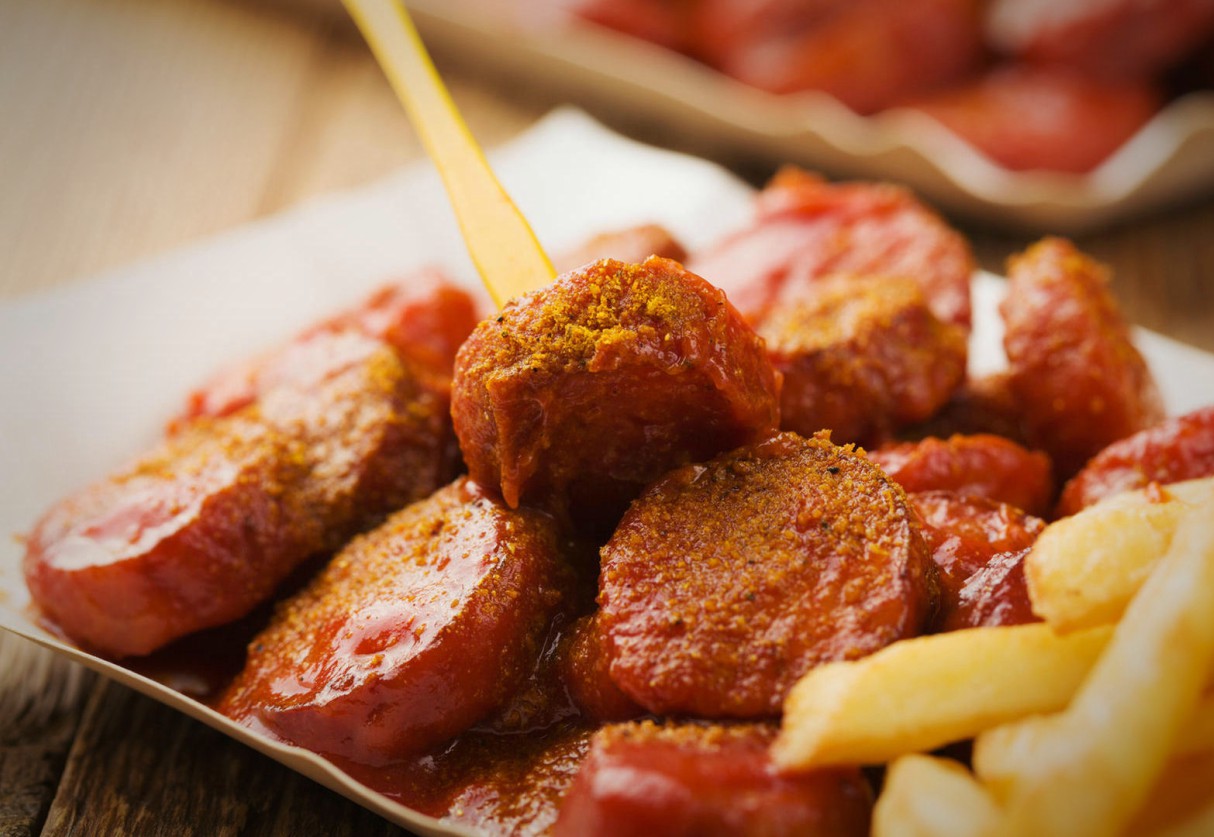 The birthplace of the now-ubiquitous hawker centres, Singapore will forever be one of the world’s most fascinating food destinations. Thanks to its amalgamation of Asian influence – with Chinese, Indian and Malay flavours all at the forefront – food here is diverse, with street food keeping locals up with the city’s busy pace. Like many on our list, street vendors are everywhere but there are some places you should check out.

One of the most renowned open-air markets is the Old Airport Road Food Centre, which features literally thousands of stalls pushing everything from roti and satays, to steamed buns and laksa. The famed Lau Pa Sat Festival Market and the Tekka Centre are also well worth a trip. Here, dishes like Hainanese chicken rice (generally considered to be Singapore’s national dish) or char kway teow (noodles wok-fried with with dark soya sauce, blood cockles, bean sprouts, and Chinese sausage slices) should be on your Singapore bucket list. 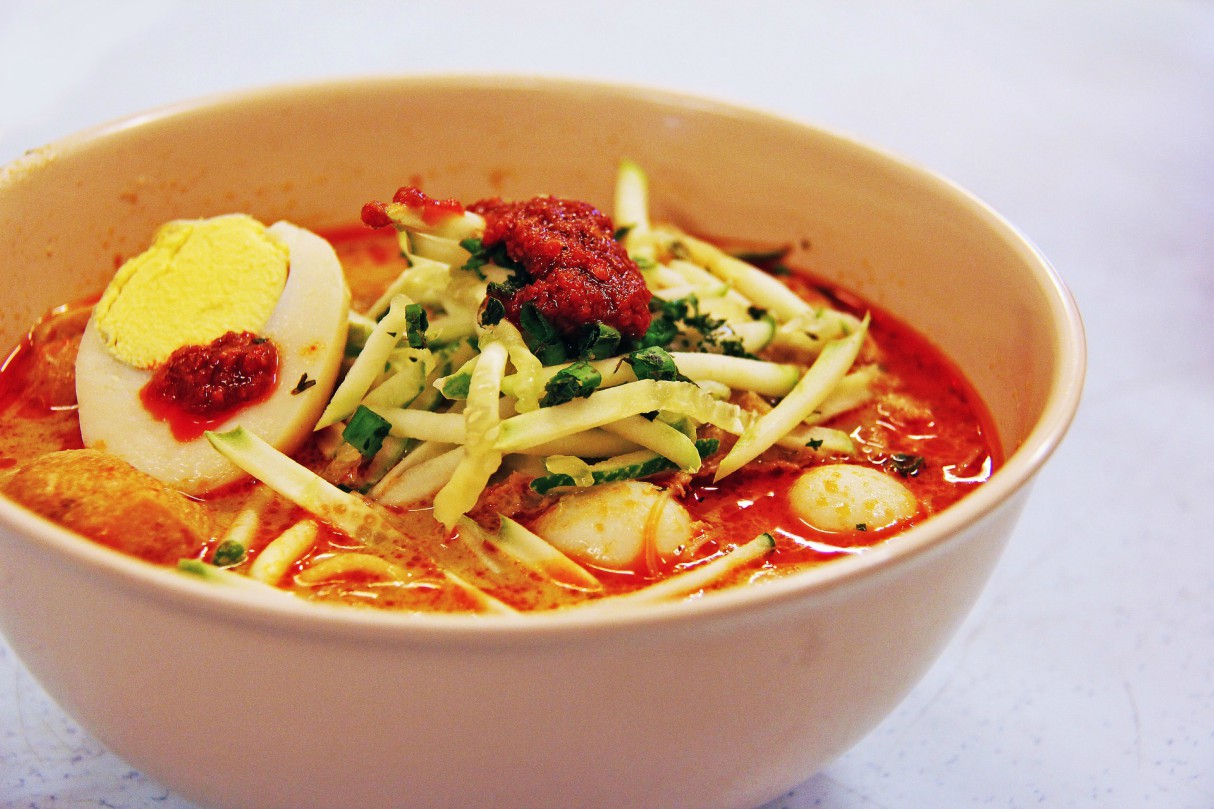 With more than 600 kitchens and counting, Portland’s ‘food-cart’ scene is somewhat of a modern legend. Oregon’s biggest city has gained a reputation over the last decade for its progressive politics and thriving arts scene, but its culinary culture should really be talked about more. Thanks to its proximity to fertile green lands and the west coast, Portland has a plethora of fresh and local produce, with seafood, veg, meat and even wine all in abundance. Thankfully, it’s being put to good use too.

Unlike other US cities’ food truck scenes, most of Portland’s carts stay put in groups dubbed “pods”. This means it’s easy to sample different dishes in one sitting with virtually any kind of food available. From sushi and tacos, to Polish kielbasa and Norwegian-inspired wraps, everything is covered. Alder Street Food Cart Pod is the largest downtown collection of Portland’s food carts, while Cartopia is a favourite in the evening. Italy may be known as a slow-paced, sit-down-and-eat sort of country, but there is one Italian city where street food has a reputation for being some of the best in the world. That city is Palermo, the capital of the island of Sicily. Vendors in the Palermo are scattered all over the centre, but most popular spots are concentrated near the bustling Vucciria, Ballarò and Capo markets.

Being located on a small island means seafood is superb here, but being Italy, there’s much more going on than just fish. Sfincione – a slice of spongy, oily pizza topped with tomato sauce, onions and/or caciocavallo cheese – is a Palermo street food staple, while other fried foods include arancini (rice balls stuffed with meat sauce and cheese), crocche (potato balls), panelle (chick pea fritters), and cardoni (stalks of cardoon, aka. artichoke thistle). Finally, have a Sicilan pizza. 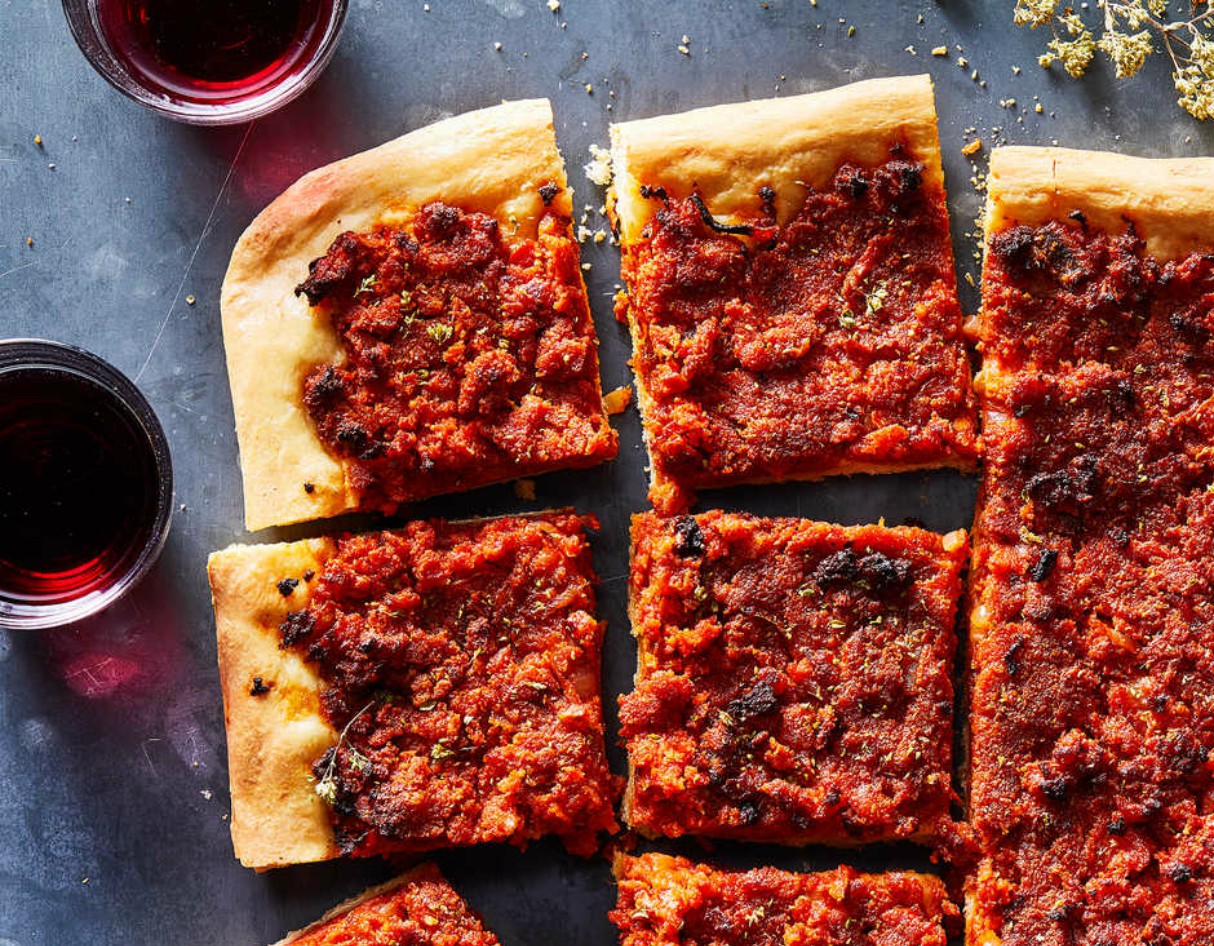 Last but not least, the ultimate destination for any street-food obsessive should be Bangkok. Famed for its variety of locations and abundance of options, the Thai capital boasts thriving markets throughout the city, with hotspots including the U-shaped Soi Rambuttri off Khao San Raod, Wat Chana Songkhram (near the temple), and Soi 38 near Sukhumvit Road. Also head to Chinatown and the neon-lit Yaowarat Road market to soak up the bustling atmosphere if nothing else. 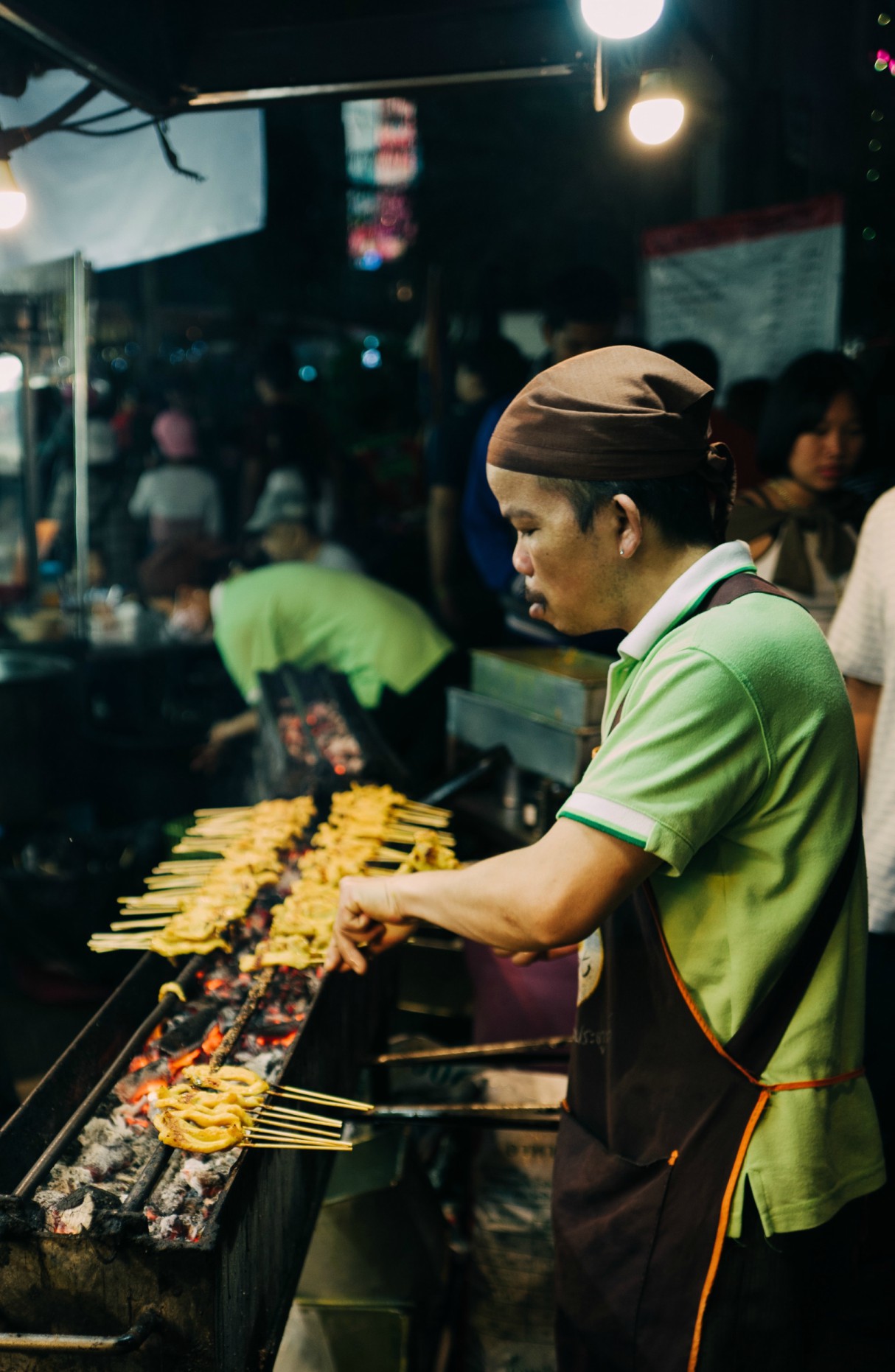