A new science-fiction-themed amusement park has just opened in China, which not only utilises virtual reality technology in all of its experiences, it also features a 53 metre-tall giant robot in the middle of the park for bungee jumping!

The Oriental Science Fiction Valley theme park, to give it its full name, features 35 virtual reality rides ranging from spaceship tours to virtual roller coasters and shooter games. Located in Guizhou province in south-west China, the park covers 330 acres, and is aiming to bring some much needed tourism to the relatively deprived area.

The park’s centrepiece, however, has nothing to do with virtual reality but is a mammoth Transformers-style robot statue. Clocking in at 53 meters and weighing a whopping 100,000 stones, it’s not just for show and comes equipped with a bungee-jumping platform for thrill seekers. 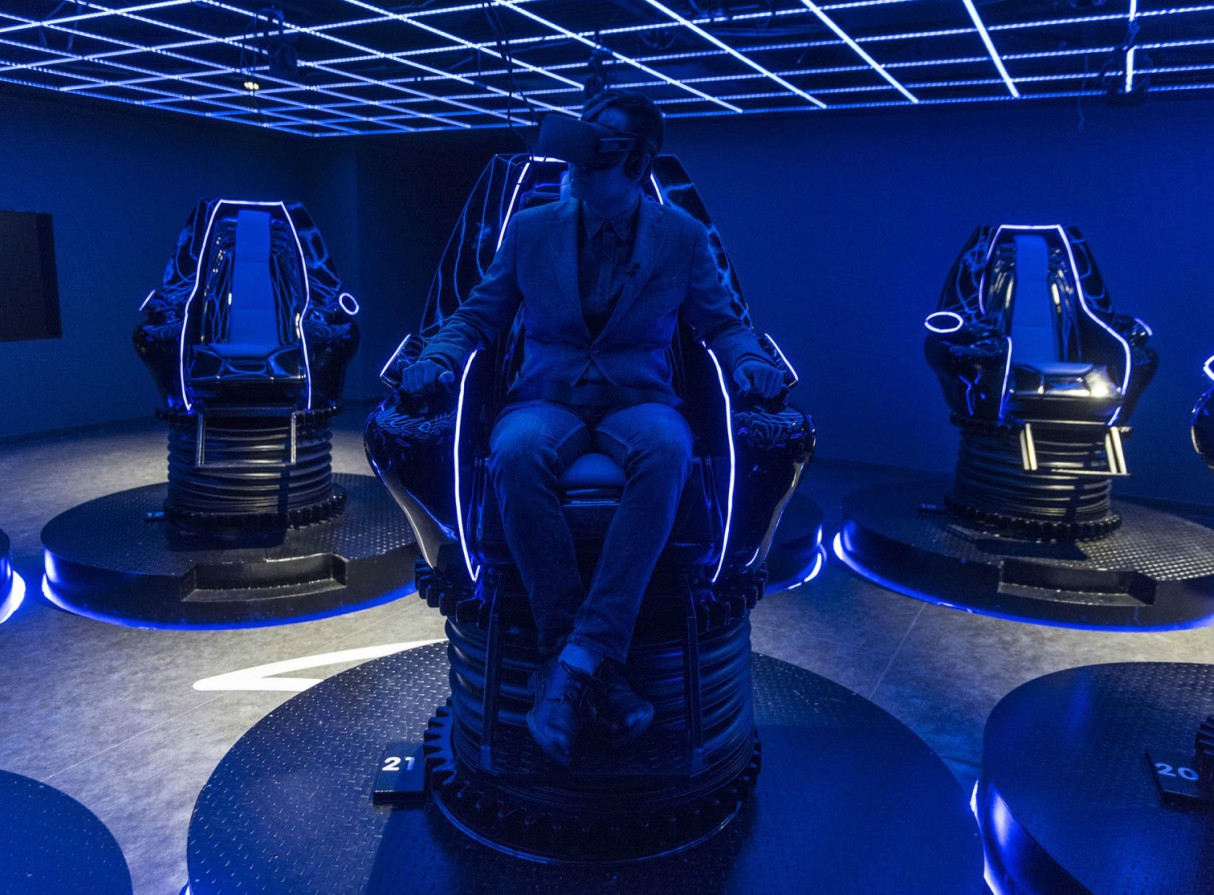 The cost to develop the Oriental Science Fiction Valley park has been quoted in some publications to be as much as a £1 billion due to the technology involved. Whatever the figure, locals are concerned about the added pollution it could contribute to the area, while still welcoming the added revenue it should bring to the local economy.

While the theme park is the first one in the world to utilise VR on all of its rides, the technology has already been used on certain rides at theme parks. Samsung and Six Flags, for example, collaborated on a number of VR-based rides based on the company’s Gear VR headset. Legoland in Florida also used VR headsets for one of its rides. 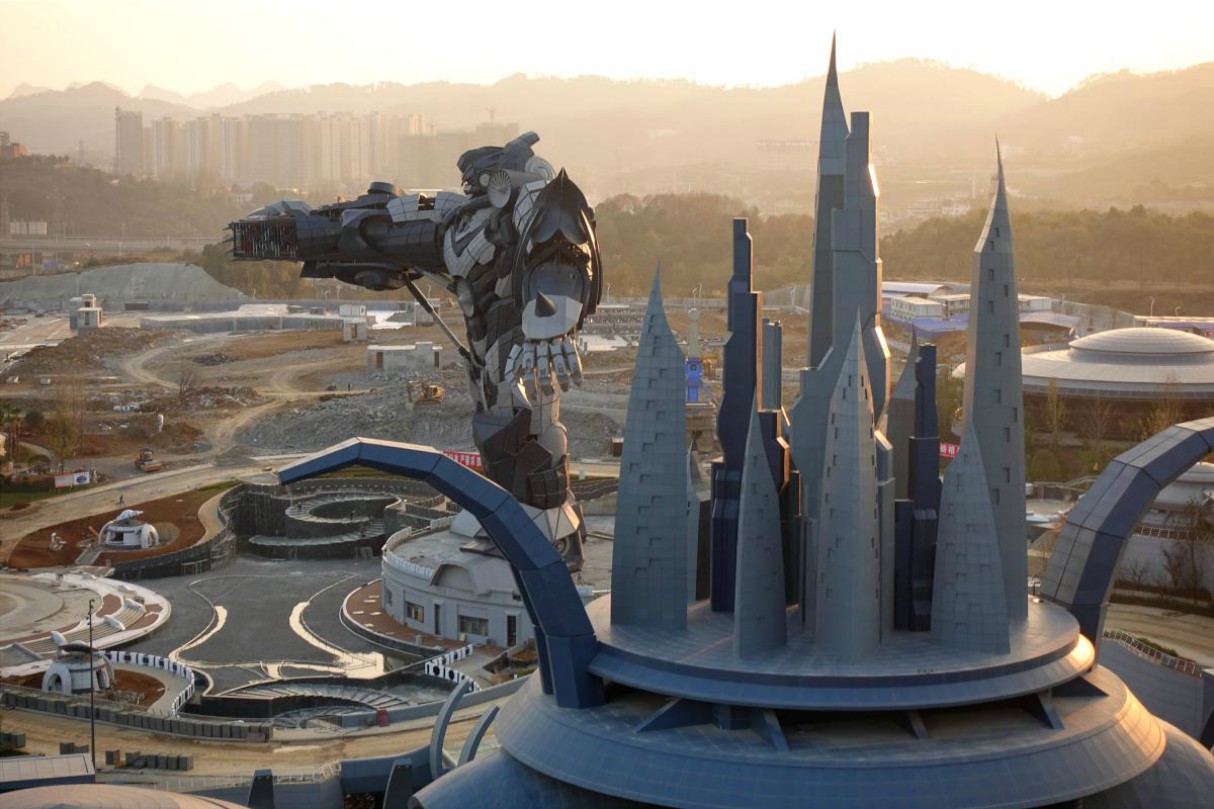 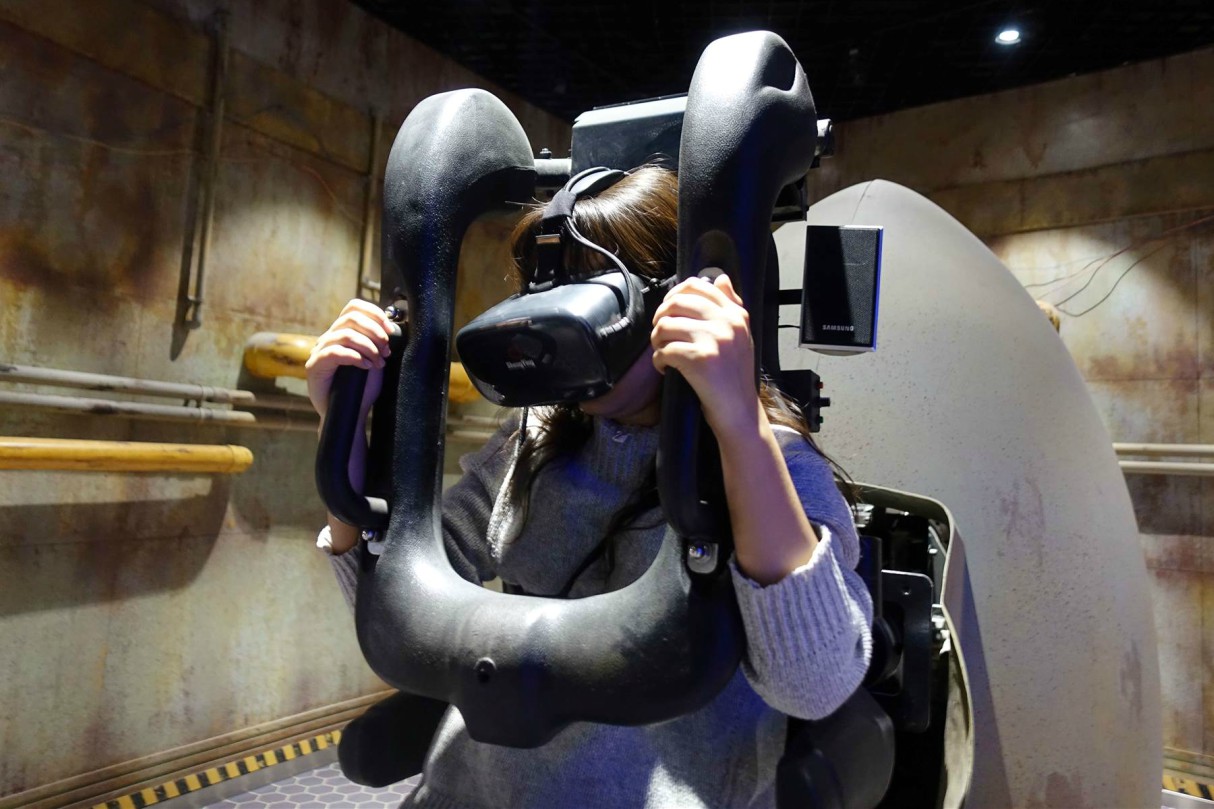 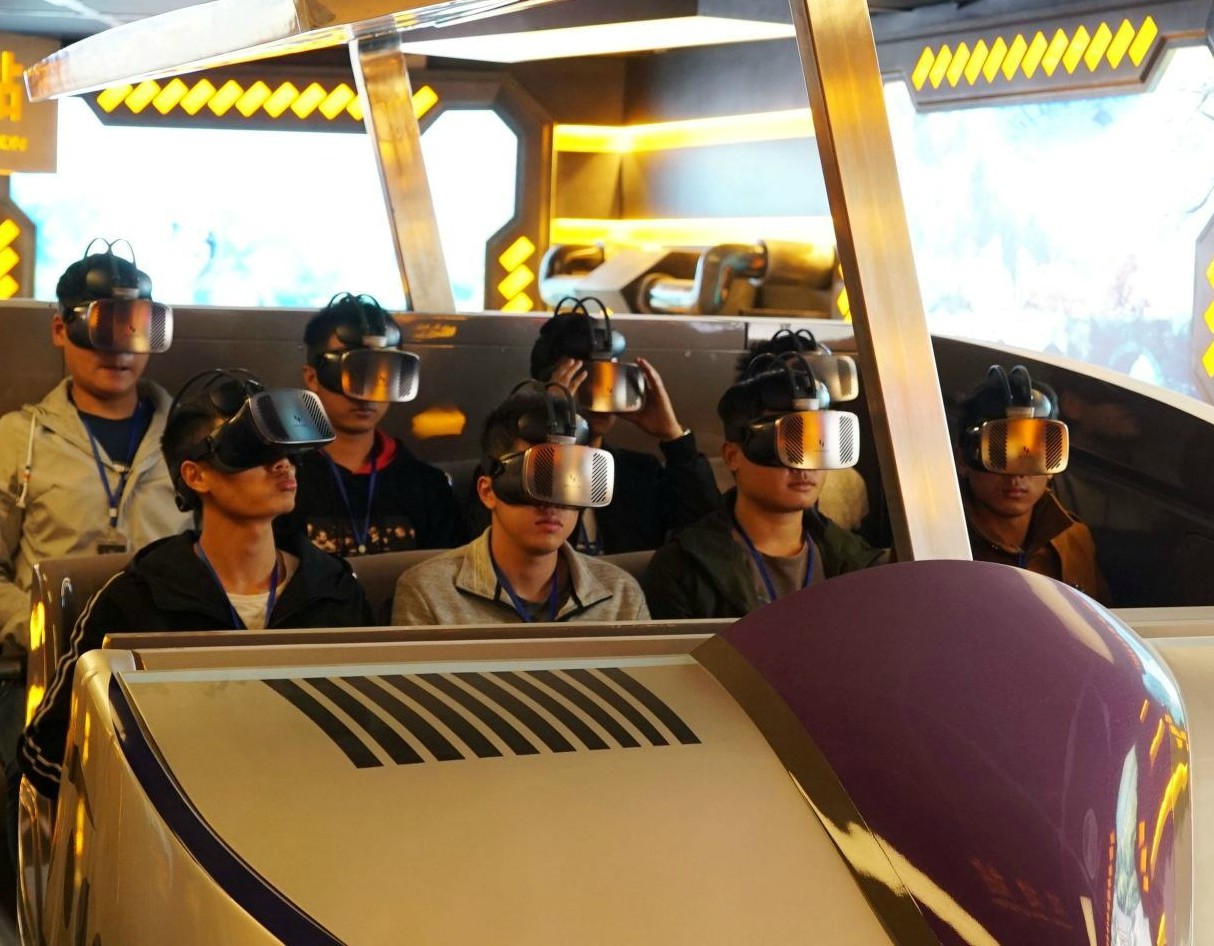 It’s not only theme parks where virtual reality has infiltrated popular culture. Last year, the National Basketball Association introduced VR live streaming to one NBA game a week, giving users a courtside view of the action.