It might be 3 years late, but the InterContinental Wonderland Hotel in Shanghai is finally set to open later this month. Built inside a 100m deep, water-filled abandoned quarry, the hotel features views of the surrounding waterfall and rooms which are submerged under the basin.

The InterContinental Shanghai is situated a short drive from Shanghai and features 337 rooms and suites spread across 19 stories, two of which rise above the surrounding landscape and 16 of which are situated below ground. Not only that, the bottom two floors of the hotel are submerged underwater in a 33-foot-deep aquarium. Most of the rooms boast views of a waterfall across the water.

Renowned British architecture firm Atkins designed the hotel’s structural aesthetic in collaboration with international arch studio JADE+QA. Besides the hotel’s stunning location, its highlight in a soaring central glass atrium which is designed to mimic the adjacent waterfall. The hotel places a large emphasis on sustainability, with a green roof, solar panels, and geothermal energy. 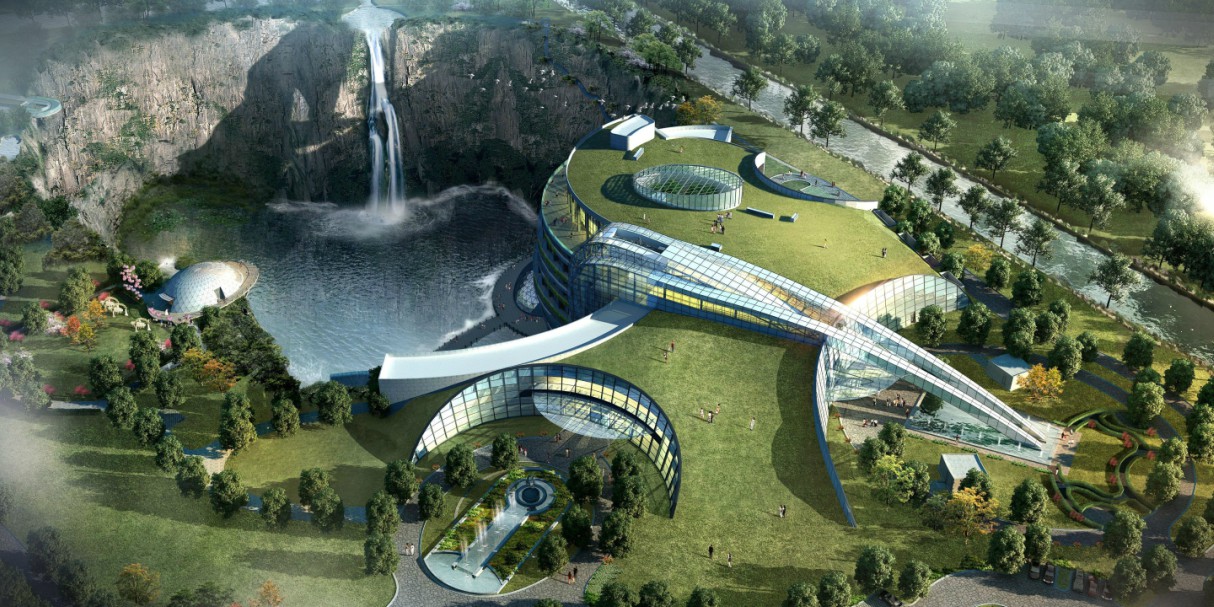 The hotel is located in the western suburbs of Shanghai, in a region famed for the stunning ‘Jiufeng sanmao-nine peaks and three rivers’ in the region. As well as exploring the area, the hotel also features a watersports complex, pool, and restaurant, while they also hope to offer bungee jumping soon. 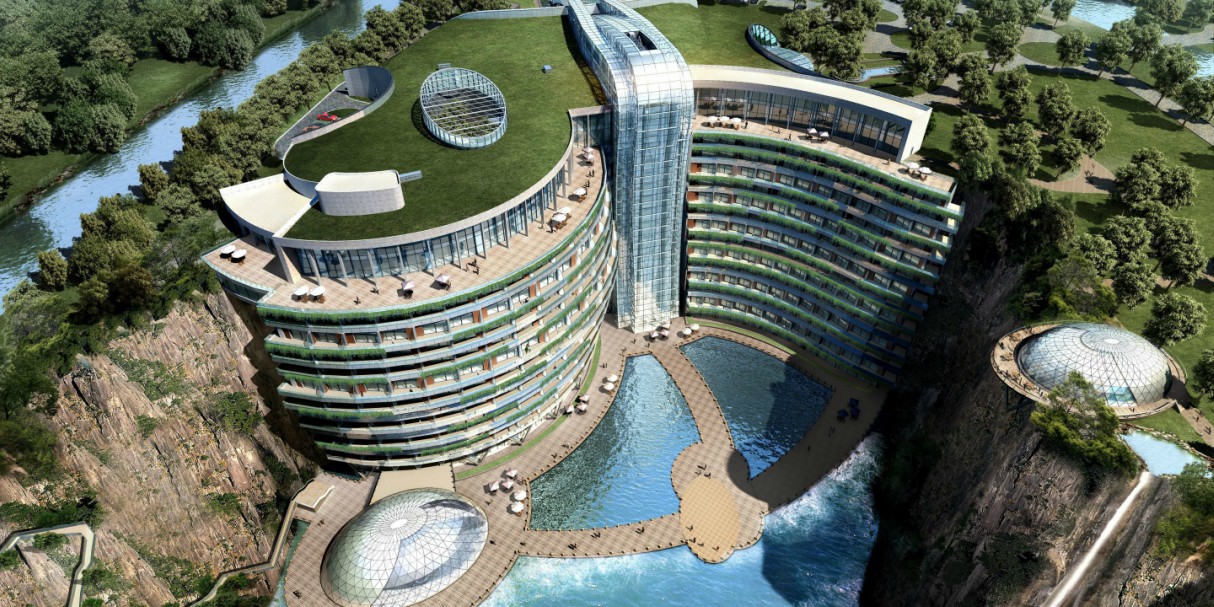 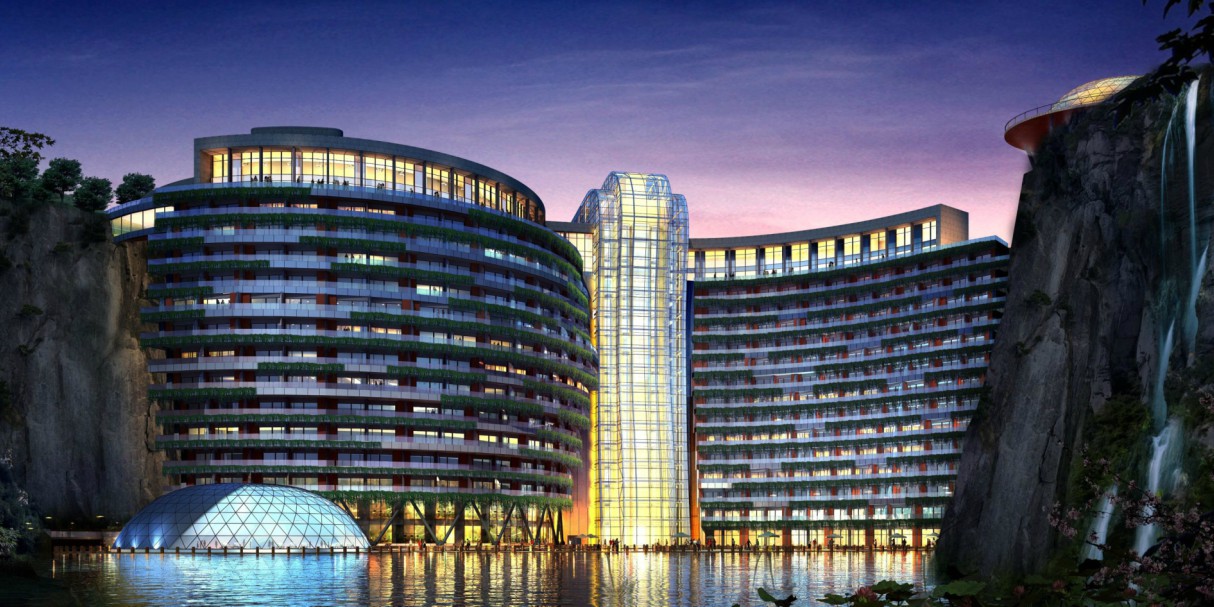 Forever on the search for the most unique holiday destinations on the planet, take a look at the naked Castle; a castle built by a Scottish missionary over 100 years ago, which has now been converted into a luxury retreat.