Looking for a city break? Here at Average Joes, we whole-heartedly and unanimously suggest Berlin. It seems like we’re not the only ones who would make the same recommendation – the German capital is seeing over 8 million visitors a year, and these figures are on the increase. And we’re about to tell you why.

By European standards, Berlin’s hotels are absurdly cheap. Four stars can generally be found for as little as £40 a night, with some five star hotels starting at as little as £100 a night if you go at the right time. It makes Berlin a brilliant spot for an extended stop on the European circuit. 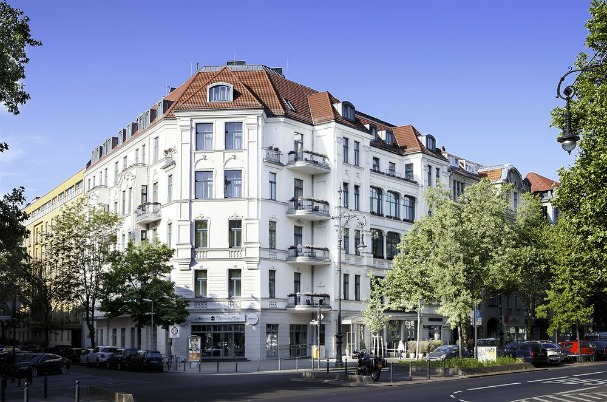 If you want five star luxury for a fraction of the price, we recommend Louisa’s Place which is located in the western part of Berlin in the beautiful Charlottenburg. It’s surrounded by numerous boutiques, restaurants, bars and cultural attractions, as well as world-famous sights, such as the Memorial Church and the Charlottenburg Palace. 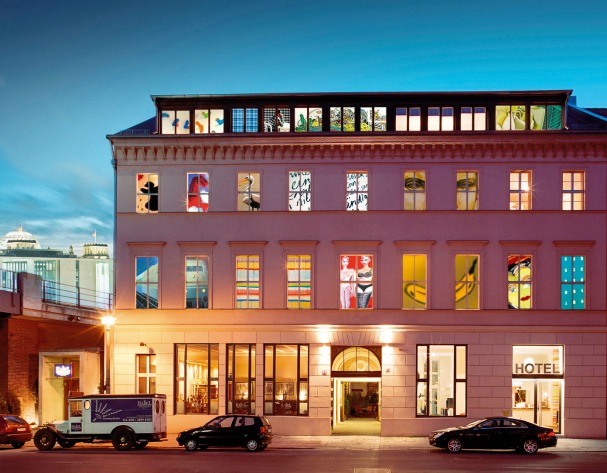 The creative side of Berlin isn’t just limited to the streets – Berlin is full of hotels with an artistic touch. Of these, the Arte Luise Kunsthotel is a perfect example. Set around a leafy courtyard, each room acts as a gallery for the work of a different artist. The walls are covered in their paintings, and the artist gets a royalty payment as part of the room rate. Very liberal and very Berlin.

If you’re traveling in a group, it might also be worth renting a Berlin apartment which will save you more and give you more freedom! 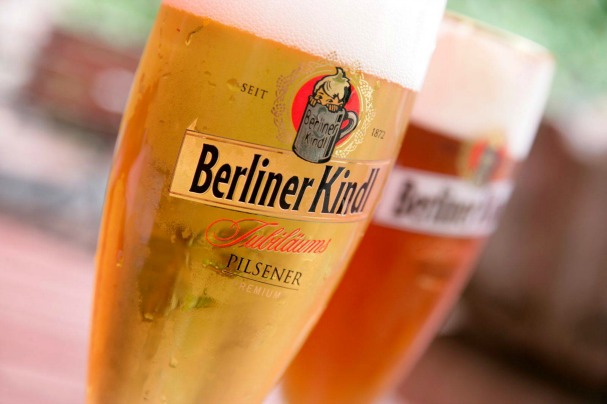 Berlin is anything but a quiet city, and nights can last as long as you want them to. Literally. The city’s nightspots have no official closing times, so it’s completely up to you to decide what time you want to go home.

Berlin is diverse in every aspect. And this is no more evident than in it’s nightlife. If beer is what you want, there are numerous pure drinking haunts. Northern Neukolln is where the cool kids from Shoreditch can be found having moved on from Kreuzberg. But Kreuzberg still has a great buzz to it with a little less attitude. If cheap cocktail crawls are your thing, Oranienburgerstrasse is the place to go. Not many tourists use it but it’s still said to be good fun.

It shouldn’t be forgotten that Berlin was the birth place for techno, so naturally there are lots and lots of überclubs where you can finish your night off in style. Notorious in Berlin, and certainly in the techno music scene, the Berghain nightclub has been called by many “the best club in the world”. Located in a former power station, it’s a giant warehouse turned into one of the most intense and incredible clubs in the world. Kater Holzig and Sisyphos are all said to be pretty wild if techno is your jam. 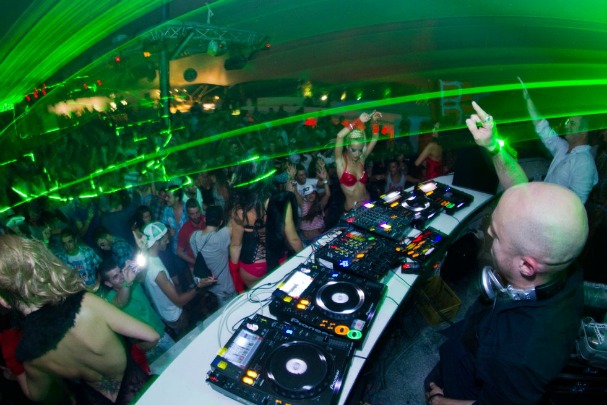 It’s no secret that Berlin has a chequered history. But Berlin natives are more than happy to discuss it openly and honestly and this makes this city different. It embraces the past and tackles it head on.

Due to it’s past, there’s obviously an incredible amount of historical landmarks to see. The Brandenburg Gate is the symbol of Berlin, and an undeniably impressive one when you get up close to it. But it has a more powerful impact when you understand its historic importance. The Quadriga – a giant statue of a goddess riding a four-horse chariot – was taken to Paris by Napoleon when he conquered the city. It’s now back, pointedly looking out over the French embassy. It’s not just us who like to poke fun at the French.

But the recent history is more powerful. It somehow survived the Second World War even though everything around it was levelled. Then, when the Wall went up, it was left in the Death Strip – the city’s symbol, stranded where people on both sides could see it, but not touch it.

The MuseumsInsel (Museum Island) is Berlin’s centrepiece. Five world class museums are crammed on the island: The Neues Museum and Pergamonmuseum concentrate on archaeology, with superb Roman, Greek and Egyptian artefacts. Berlin is also famed for its fashion, music and, most notably, its art. For the more traditional sort, head to the Altes Museum, Alte Nationalgalerie and Bode Museum – all would be the star attraction in many cities. The borough of Kreuzberg, home to a large Turkish and immigrant population, is the place to see the best alternative art with streets full of playful cartoons and murals courtesy of a left-wing artistic community. You’ll also find more contemporary art in the famous East-Side Gallery. 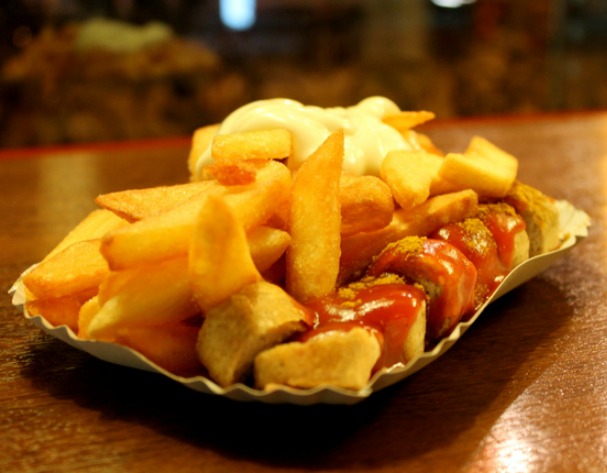 Berlin, being home to immigrants from all over the world, has embraced multi-cultural cuisine to a degree only seen in such forward-thinking city. The city has 4650 restaurants serving food from all across the globe including Thai, Chinese, Italian, Korean, Greek, Croatian and Vietnamese. Treat yourself and go and try a proper Turkish döner kebab.

Of course, you can’t forget traditional German food. You’ll find kiosks dotted around the city, practically wherever you look, selling pretzels, sausage sandwiches and our favourite, ‘currywurst mit pommes’ – sausage curry and chips, to you and I. You should also have a sit down to a ‘kaffee und kuchen’ (coffee and cake) in one of the many artisan cafes around the city.

It would also probably be rude not to cleanse the pallet with one of Germany’s finest Pilsner beers too. 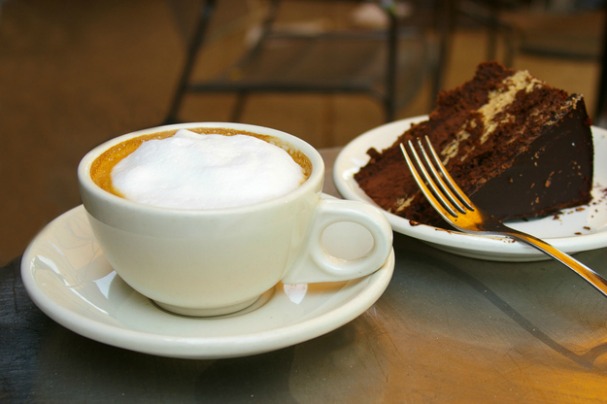 Berlin is alternative and its natives are definitely not afraid to be different. If you’re looking for something unique to do, we’ve got a couple of the more ‘out there’ suggestions for you alternative Joes.

If it’s unflustered nudity you’re after, then the Badeschiff will be right up your street. This bizarre swimming pool/sauna/bar-hybrid is full of the stuff. The cocoon-like building sits on the River Spree, acting as a giant skinny-dipping arena. The pool is weird enough but the people sat naked on the bar stools is a bit more disturbing. However, we’re not here to judge. 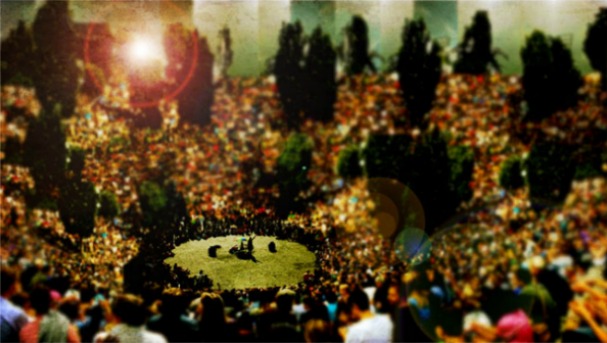 Every Sunday afternoon, providing you haven’t taken the British weather with you, Irish bike messenger Joe Hatchiban rocks up to the amphitheatre in the Mauerpark with his karaoke equipment for his Bearpit Karaoke. Astonishingly, it pulls in around a thousand or so people who then join in with brave individuals willing to show what they’re made of. Being a virtuoso performer is not a pre-requisite, you just need to be keen for fun and full of heart. Thankfully there’s an enterprising beer salesman who is hell bent on making sure the masses don’t go dry too. 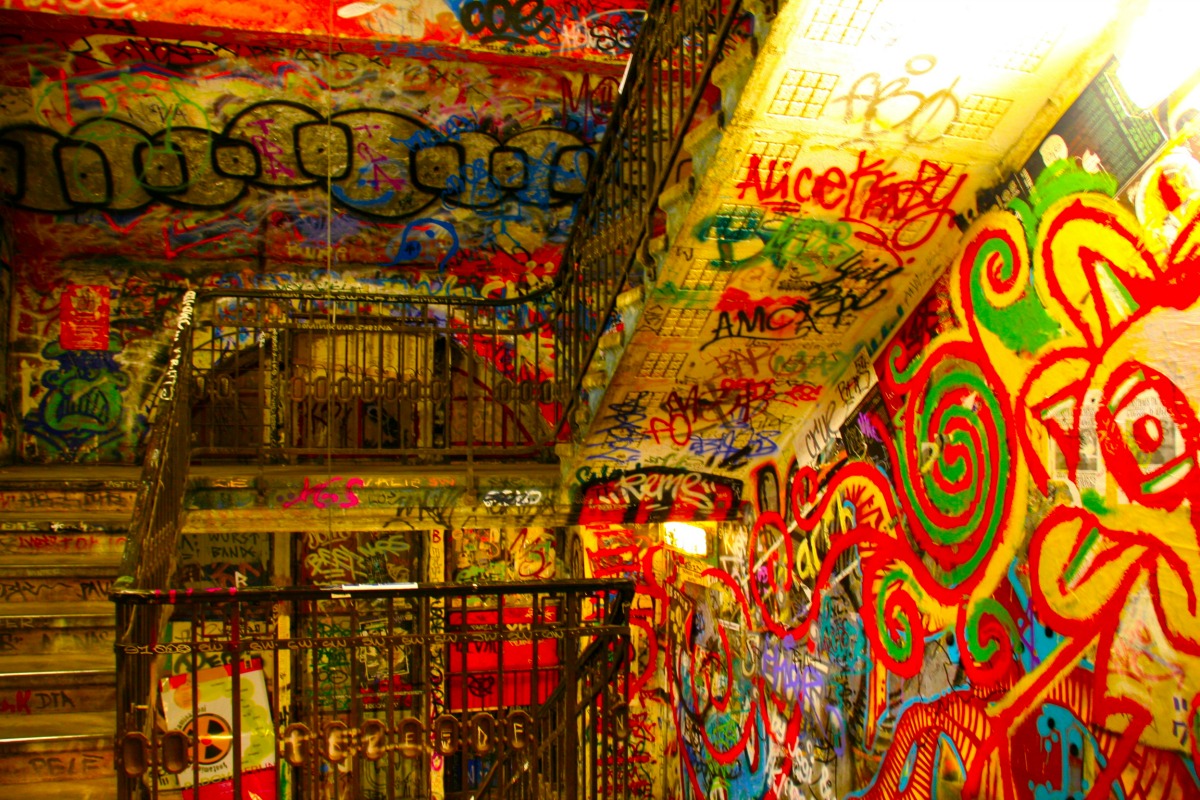 So there we have it. Our reasons to go to Berlin. It goes without saying, there’s plenty of other amazing things to see in the German capital that didn’t make our run-down. But we hope we’ve given you a diverse flavour of what’s on offer in this truly great city. Let us know your thoughts! 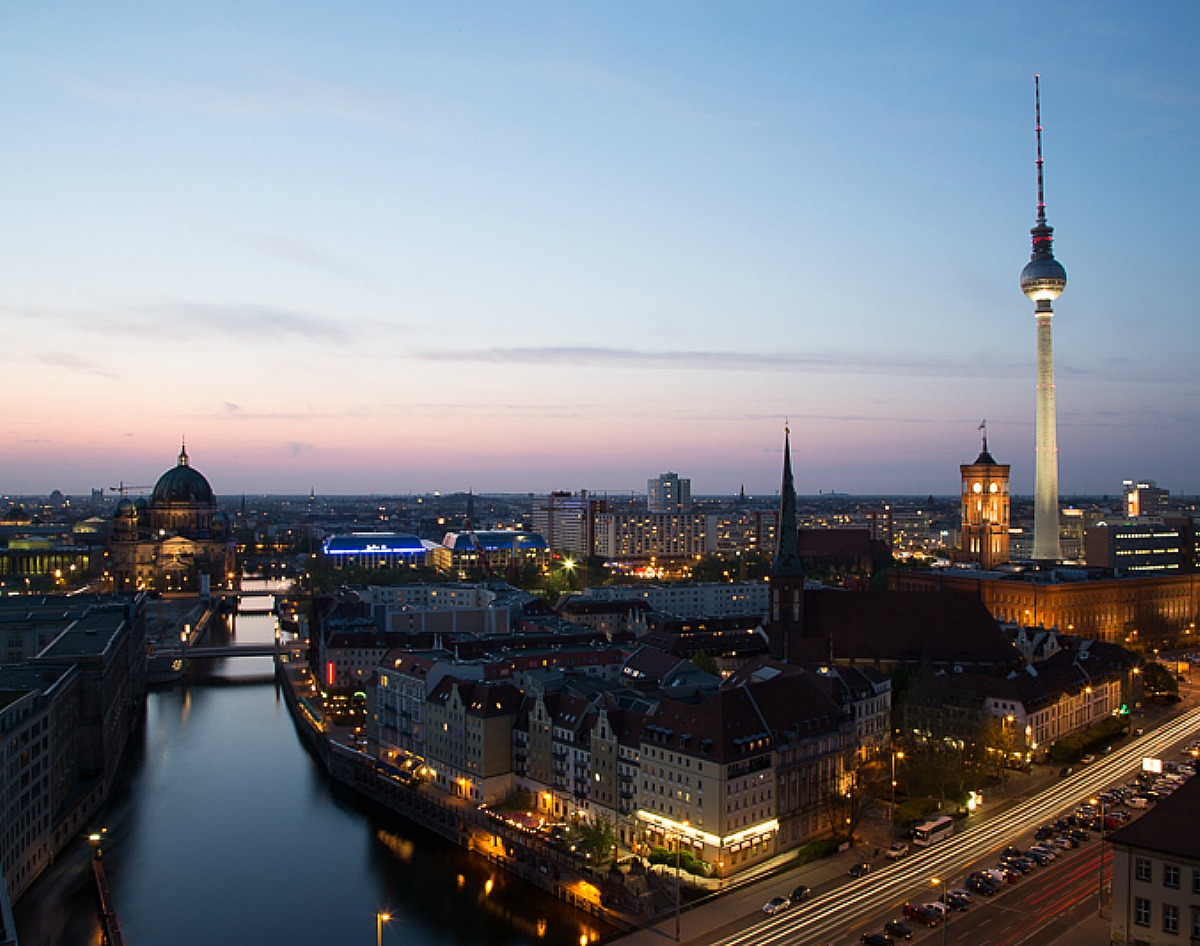