While the project was first announced back in 2015, Disney CEO Bob Iger confirmed yesterday that Star Wars Land is coming to Walt Disney World in Florida and Disneyland in Paris as soon as 2019. Not only that, they’ve released an artist impression of the theme park, and it looks absolutely incredible!

During an investors call, the Disney CEO confirmed that a whole theme park dedicated to the ways of the Jedi is set to open in both California and Orlando at some point in 2019. The park is expected to be 14 acres in size and will be based on a planet that fans ‘have not seen before’, introducing them to new characters and places, as well as attractions relating from the new three episodes.

Star Wars Land will be built just north of the park in Orlando and while rides and shows are being kept quiet with all the concepts being developed in a top secret ‘Imagineering Lab’ in Glendale, California, we do know that they’ll be a Millennium Falcon simulator, and they’ll also be second ride where you’re caught up in a battle between the Resistance and First Order troops. 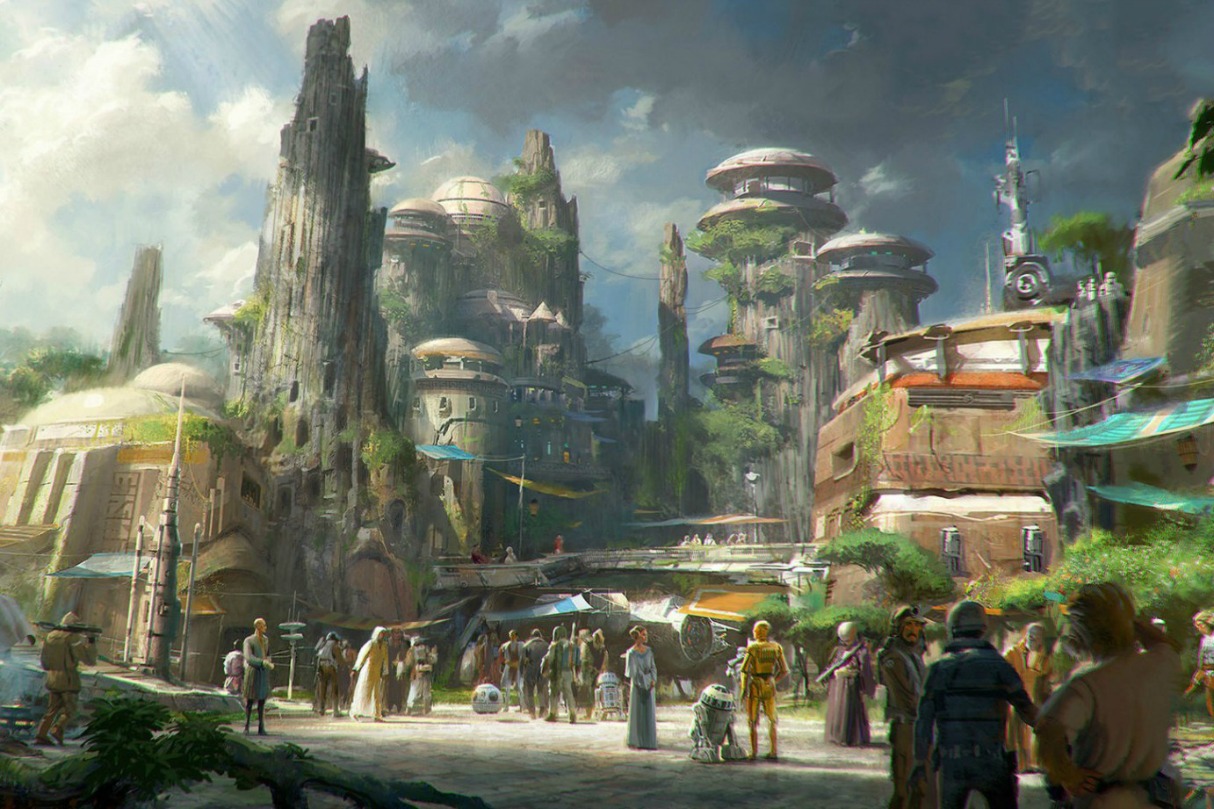 Construction is apparently already currently underway on Star Wars Land and there’s a good chance that Disney will have a more specific timeline sometime in the summer. Not only that, there’s also going to be a Marvel Land, which will be constructed behind the famous Tower of Terror ride.

Check out the concept art below and make sure you don’t miss Star Wars Episode VIII: The Last Jedi which is set to hit cinemas 15th December 2017. 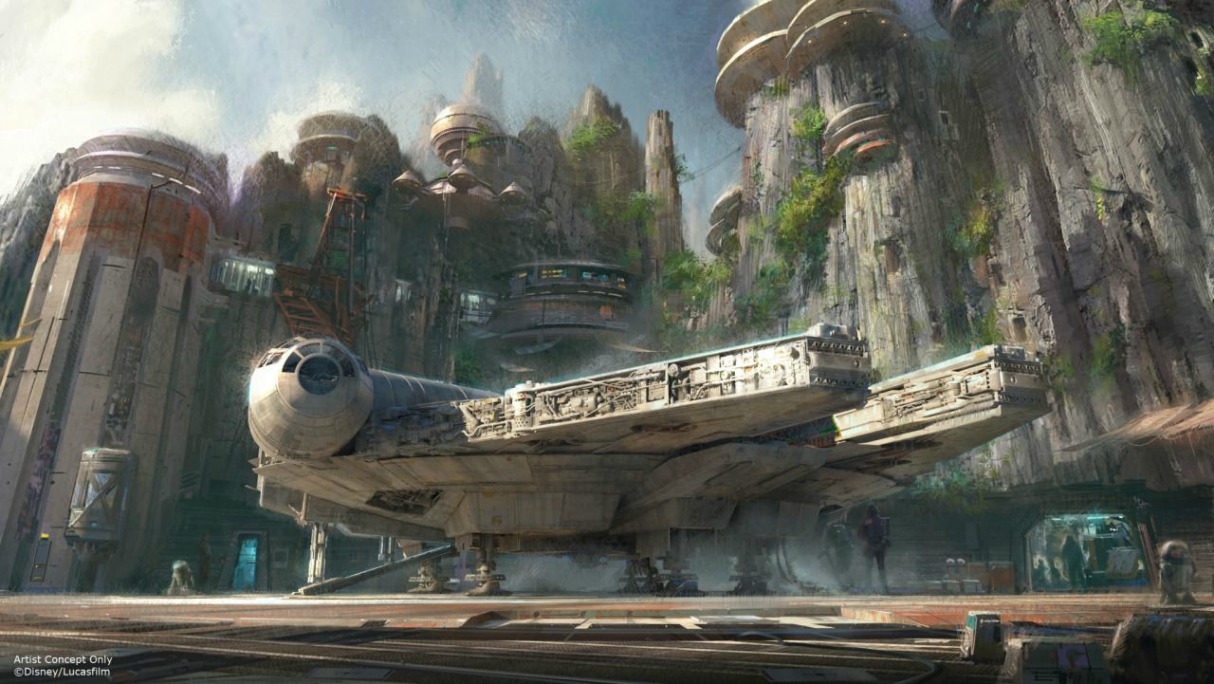