From any given single frame, most of us would be able to recognise a Wes Anderson film. His pastel-hued chocolate-box approach to set design and costume is one of the most distinct and celebrated in Hollywood, so it shouldn’t really be a shock that the director of Moonrise Kingdom and The Royal Tenenbaums has inspired design studios the world over. And the latest interior to receive the Anderson treatment is this café in Chengdu, China.

Located in Chengdu, the capital of the Sichuan province, the café’s owners chose the Australian design studio to create an environment that would appeal to an international audience. As such, Biasol focused on Melbourne’s café culture and the vivid colour palettes seen in Anderson’s movies for the concept. 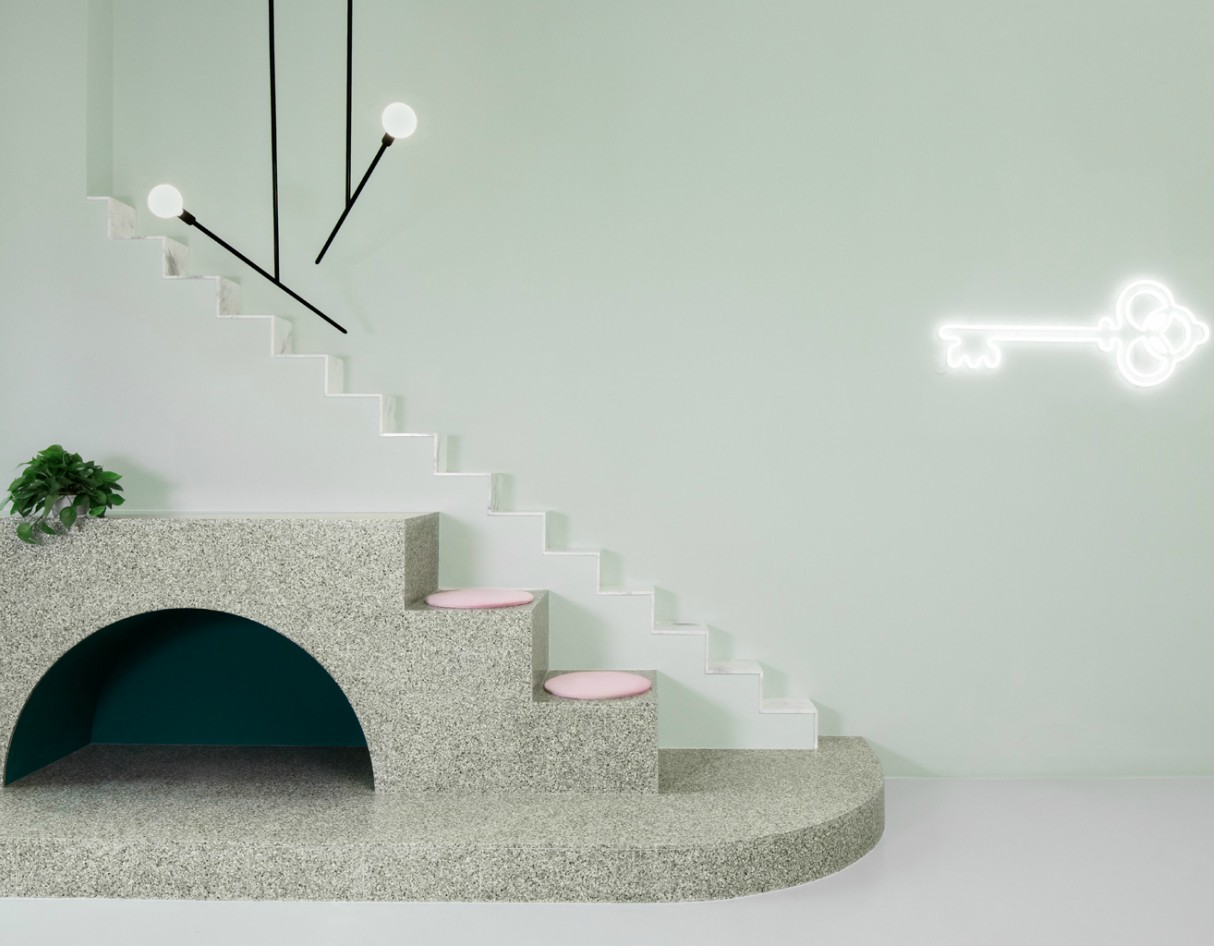 Biasol say The Budapest Café is designed ‘to feel feminine and fun, and layers, elevations and surprising design features encourage customers to explore and physically engage with the space.’ To achieve this, the designers chose to focus on a palette of light-grey marble surfaces and pastel greens and pinks for the walls and furniture. 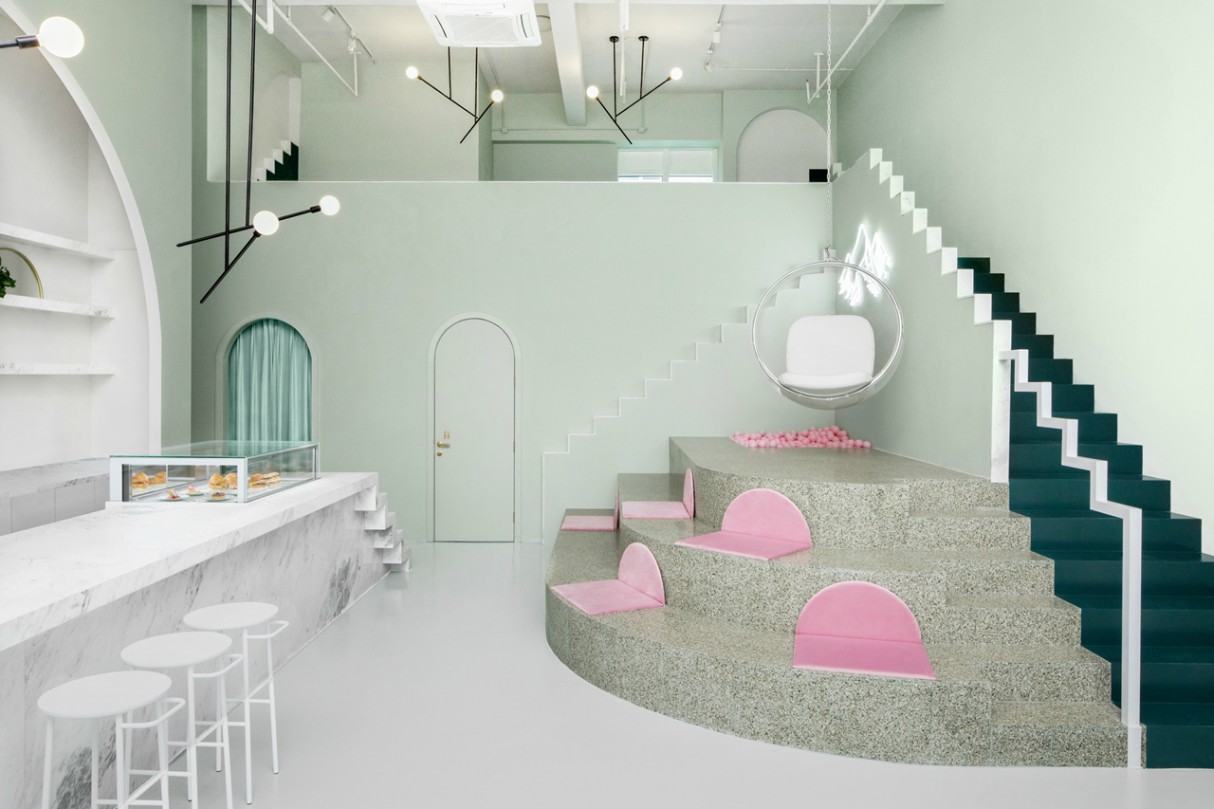 To mimic the signature symmetry seen in Anderson’s set designs, Biasol also introduced a series of arches to frame the recessed seating areas and shelving units. The centrepiece of the room is a terrazzo tiered seating area which includes a pink ball pit, white neon signage and an original Eero Aarnio Bubble chair.

If you like the look of The Budapest Cafe, check out Bar Luce in Milan which Anderson himself helped design alongside Prada. And also head over to Biasol’s Website to see more of their work. 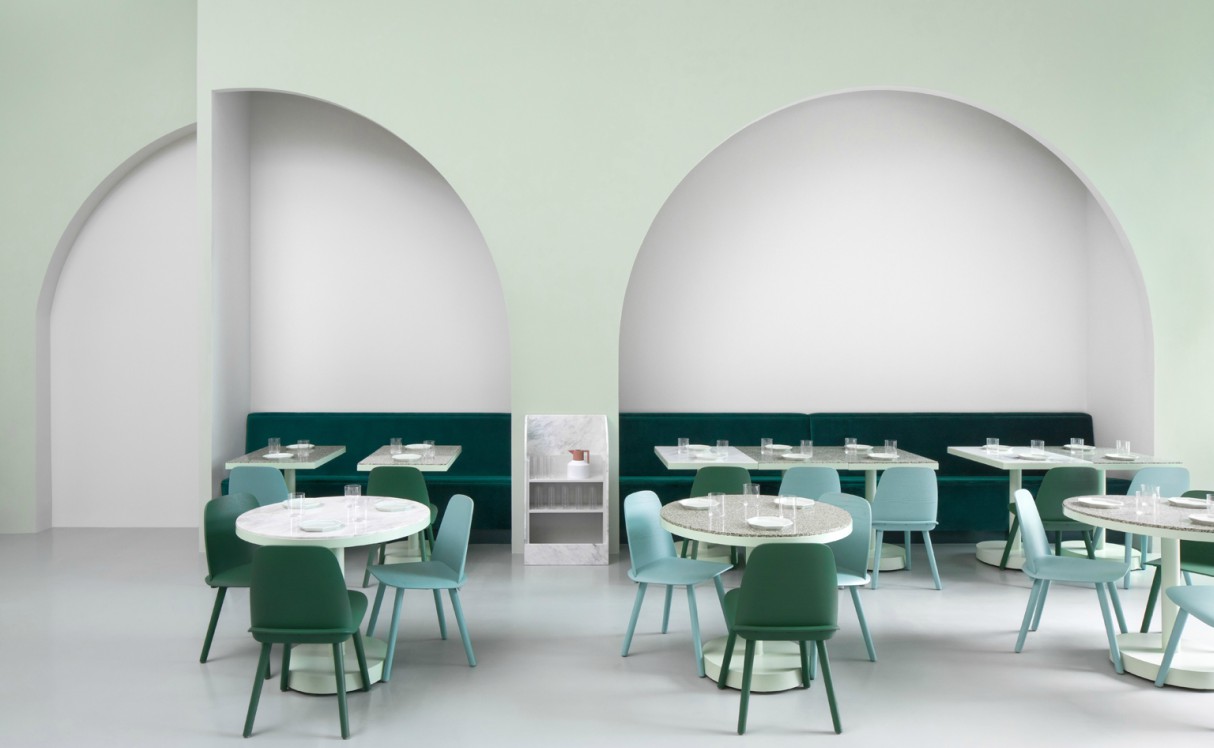 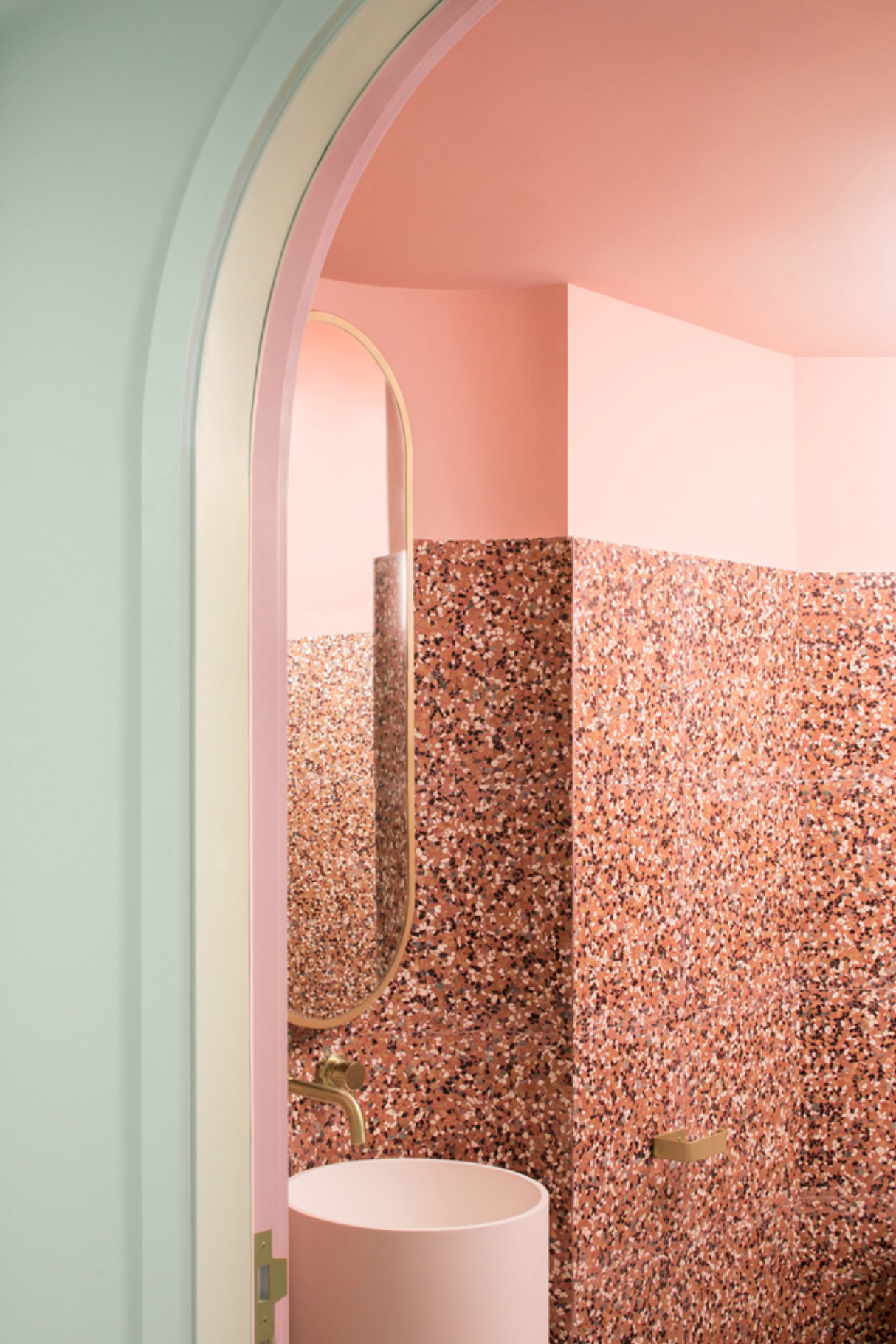 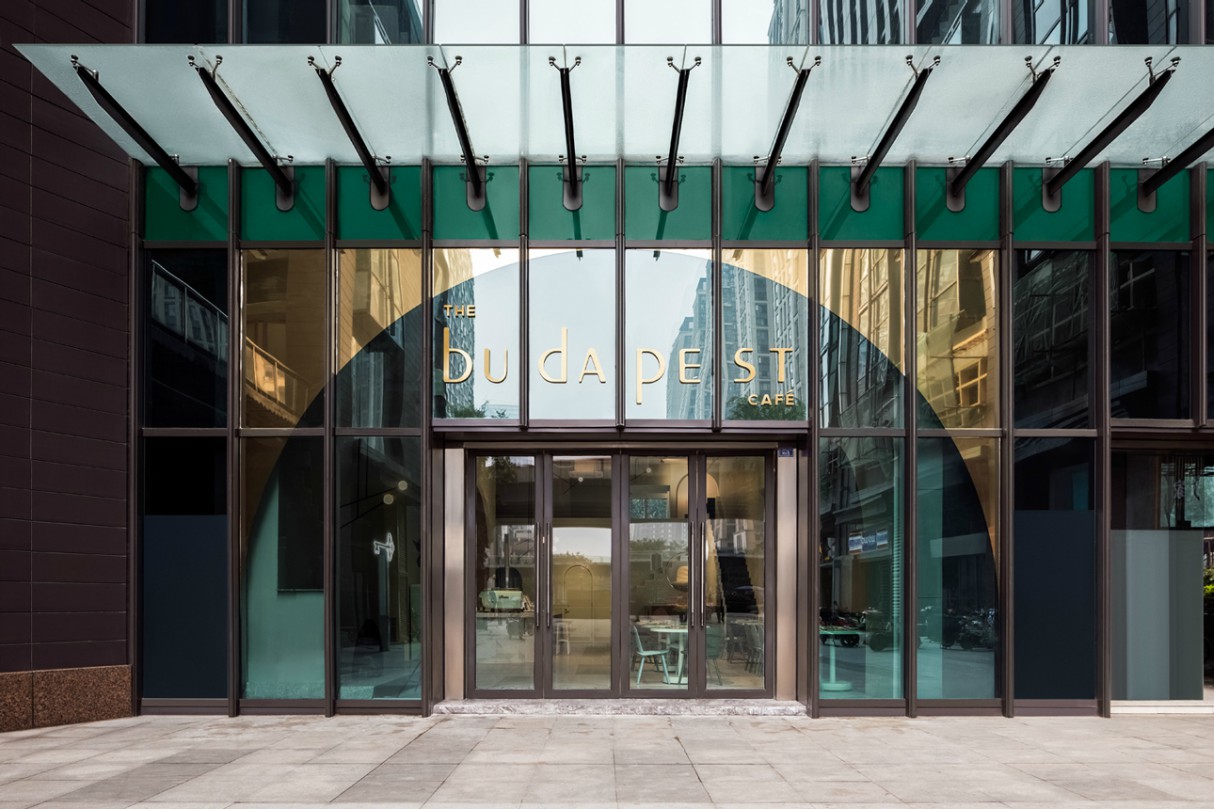