With the Russia 2018 World Cup now less than a month away, all 32 teams have finally had their kits for the tournament revealed – and we’re not going to apologise for getting excited about it! In the past, manufacturers have been known to the same template for all of their countries, changing the colourways depending on the team. But this year, that’s not the case with every team donning something different.

The likes of adidas, for example, have taken inspiration from retro icons, while some of the smaller kit providers like Umbro and Errea are offering up some genuine modern classics. So to get you in the mood for Russia v Saudi Arabia on 14th June, we’ve rounded up what we think are the 10 best kits of World Cup 2018.

With adidas looking to past designs for inspiration, there was really only one place to look when it came to the Germany kit, and that’s their Italia ‘90 masterpiece. Not only is it arguably their most memorable strip, they also only went and won the thing wearing it. The 2018 version comes with the iconic classic geometric design with dropped shoulder cut lines in grey. There’s also a gold World Cup winner badge on the front of the jersey and a special sign-off on the inside of the collar to link the new kit and the one of the 90s. 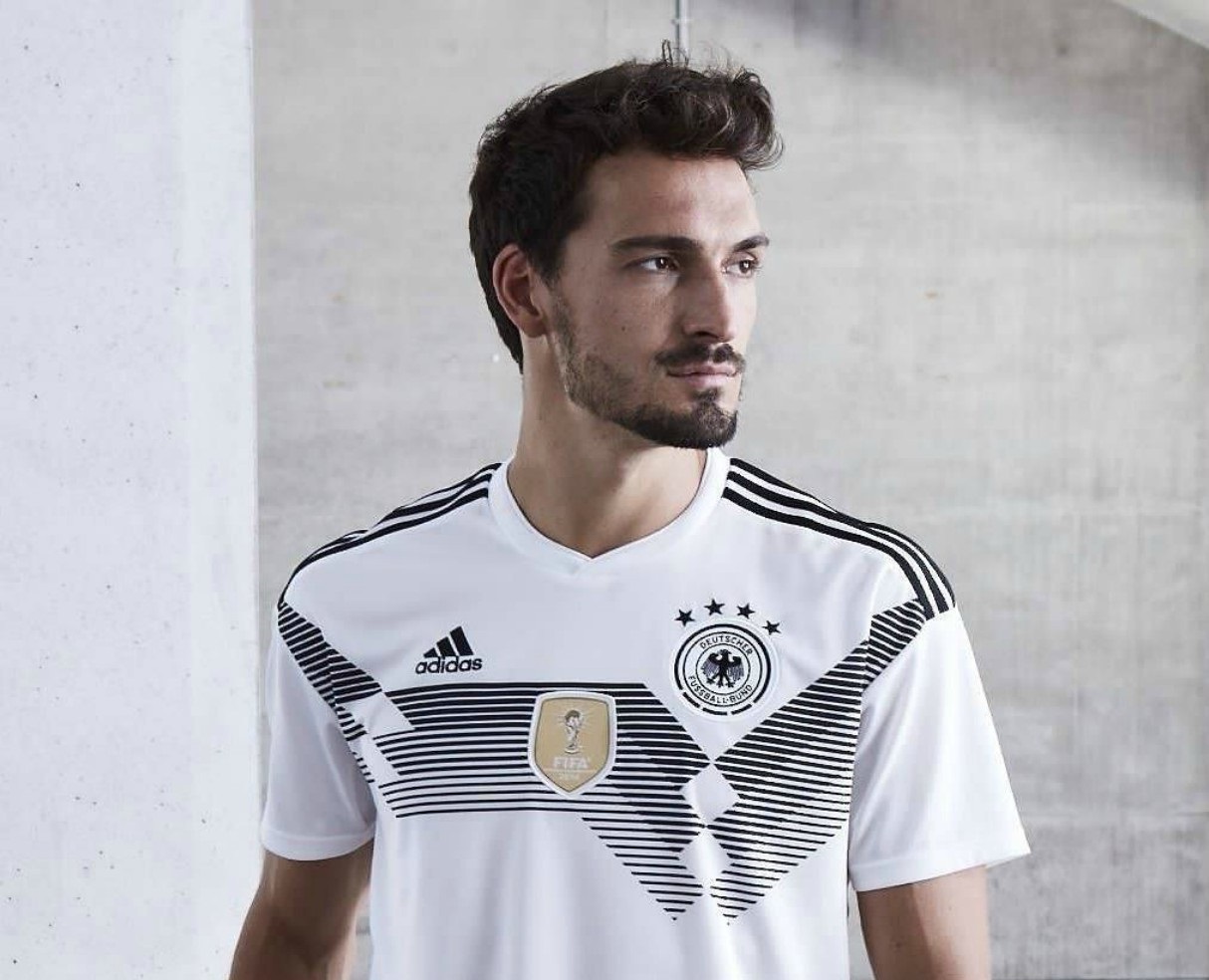 From a distance, it may look like a plain white kit. But look closer and the French away shirt pays homage to the Tricolour with a subtle red and blue hyper-speckle knit that runs throughout the shirt. We always love subtle hints in a kit and this one ticks every box. It’ll be worn with classic navy shorts and white socks, and other features include Fast Fit Vaporknit technology and a typeface which pays tribute to the country’s art deco heritage. 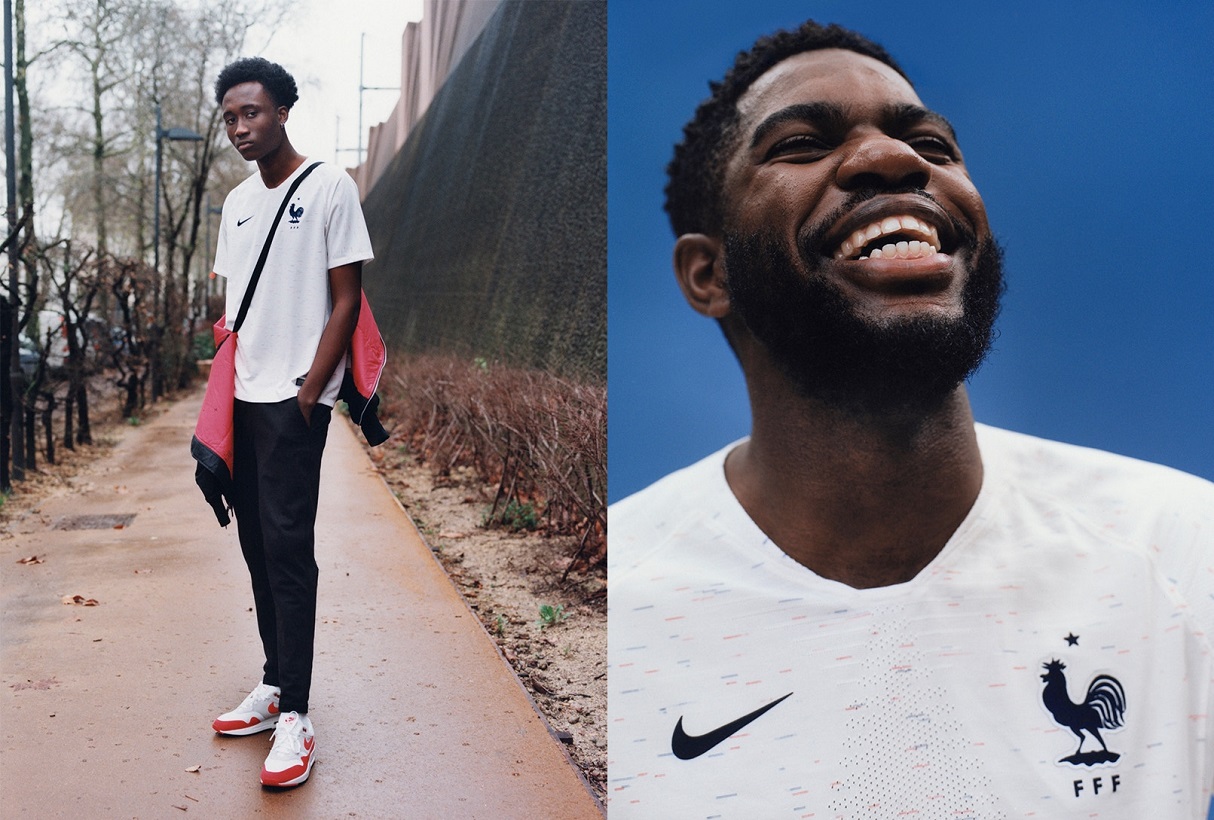 Like Germany, Colombia’s kit is also a throwback to the 1990 World Cup. Probably the most colourful on our list, the 2018 World Cup kit features a red and blue graphic design on the side of the strip which, alongside the kit’s yellow base colour, is meant to evoke the Colombian flag. True South American flamboyance. 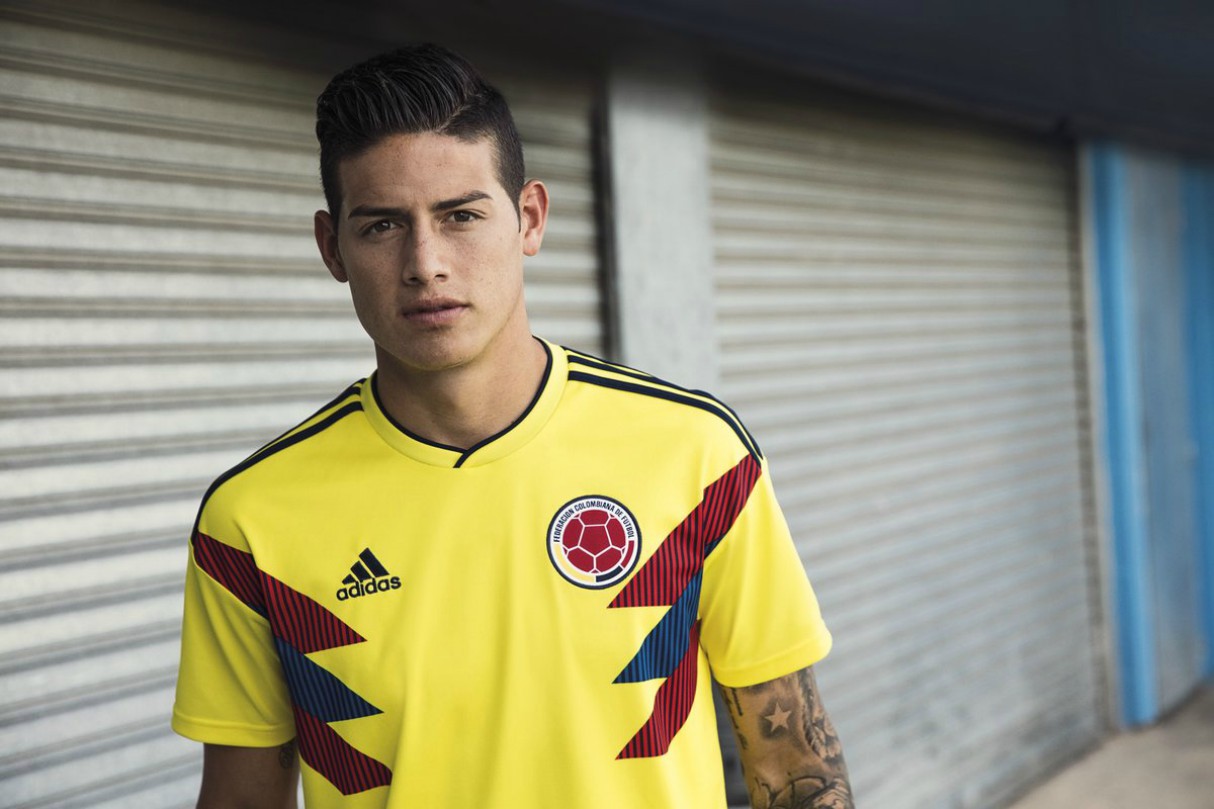 Another throwback from adidas, Spain’s 2018 World Cup kit pays homage to Zubizarreta, Hierro and Guardiola from the 1994 World Cup and features a geometric red, yellow and blue diamond graphic design on the side. adidas say ‘the diamonds represent the speed, energy and style of football that’s become so associated with the national team.’ 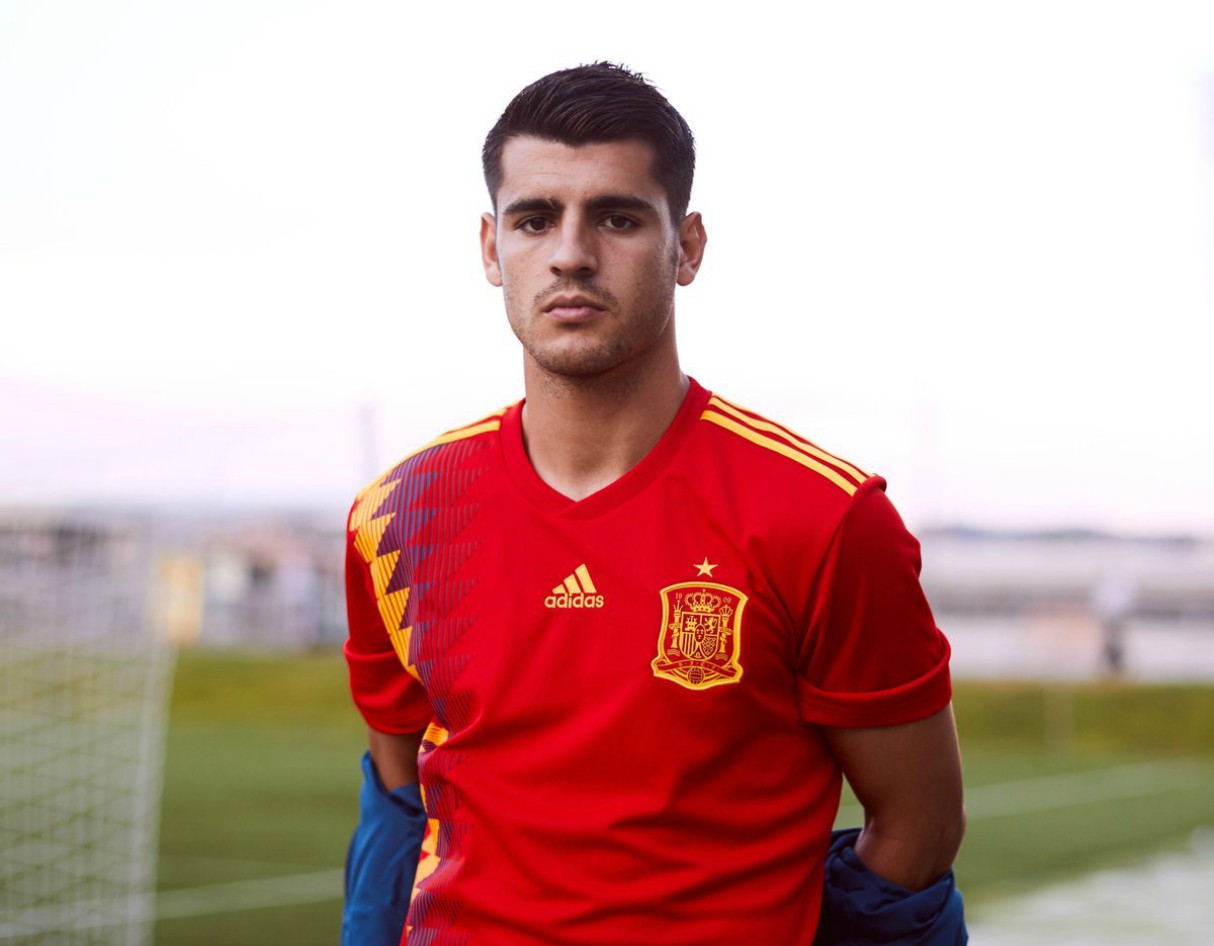 Umbro may not have many kits on show in Russia, but their Peru home and away offerings are absolute belters. Simple in design, the home shirt features a white jersey with a signature Peruvian red sash from shoulder to hip. The away kit is very much in the same mould, just with the red and white swapped around. 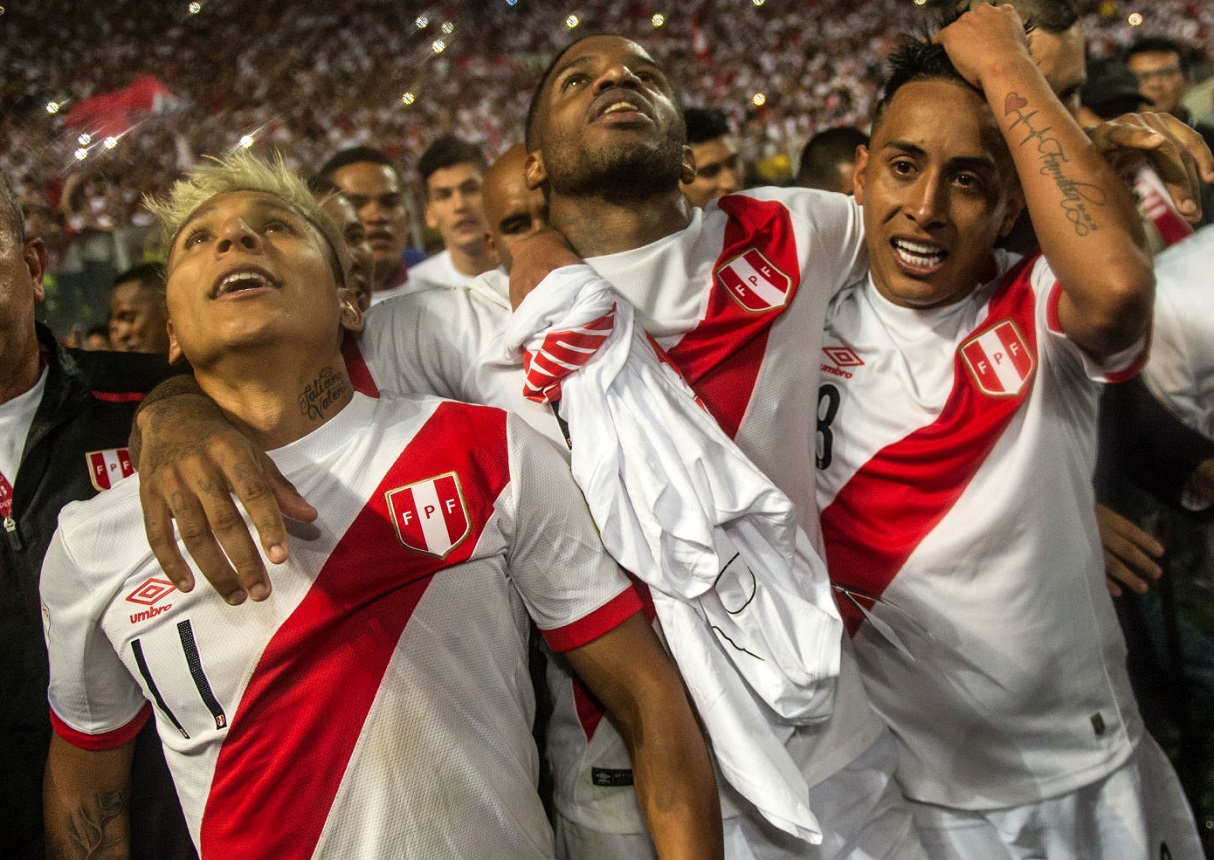 The Japanese World Cup kit takes its inspiration from something a little different. Based on the traditional Sashiko stitching technique, which is made by white rough threads on indigo dyed base, the kit also features a sign-off on the reverse of the neck area which celebrates important moments in Japan’s footballing history. 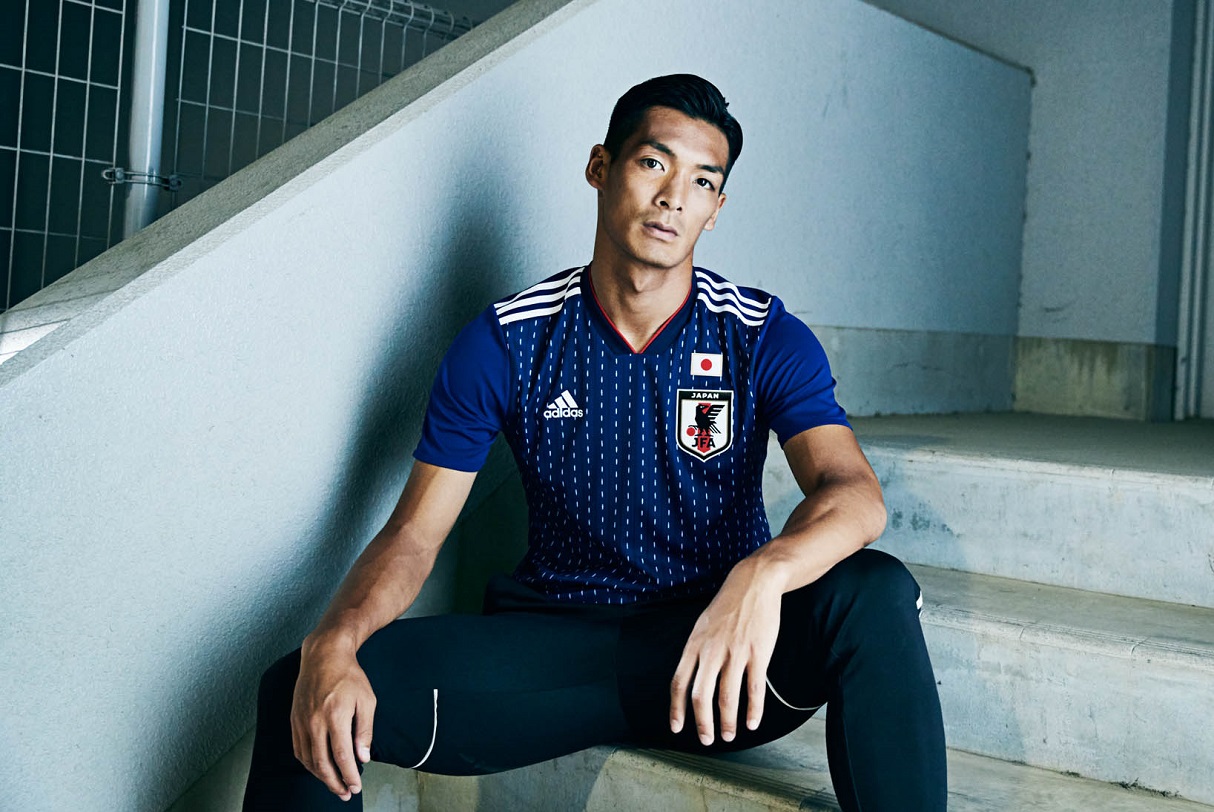 For Iceland’s for ever World Cup adventure, Italian sportswear label Erreà has taken inspiration from the island’s breath-taking landscape. Predominately blue, the kit features blue, red and white graphic print on the sleeves, which are said to representing water, lava and ice, respectively. Other features include the team’s ‘FYRIR ISLAND’ (‘For Iceland’) motto on the inside of the shirt, and the country’s flag on the chest. 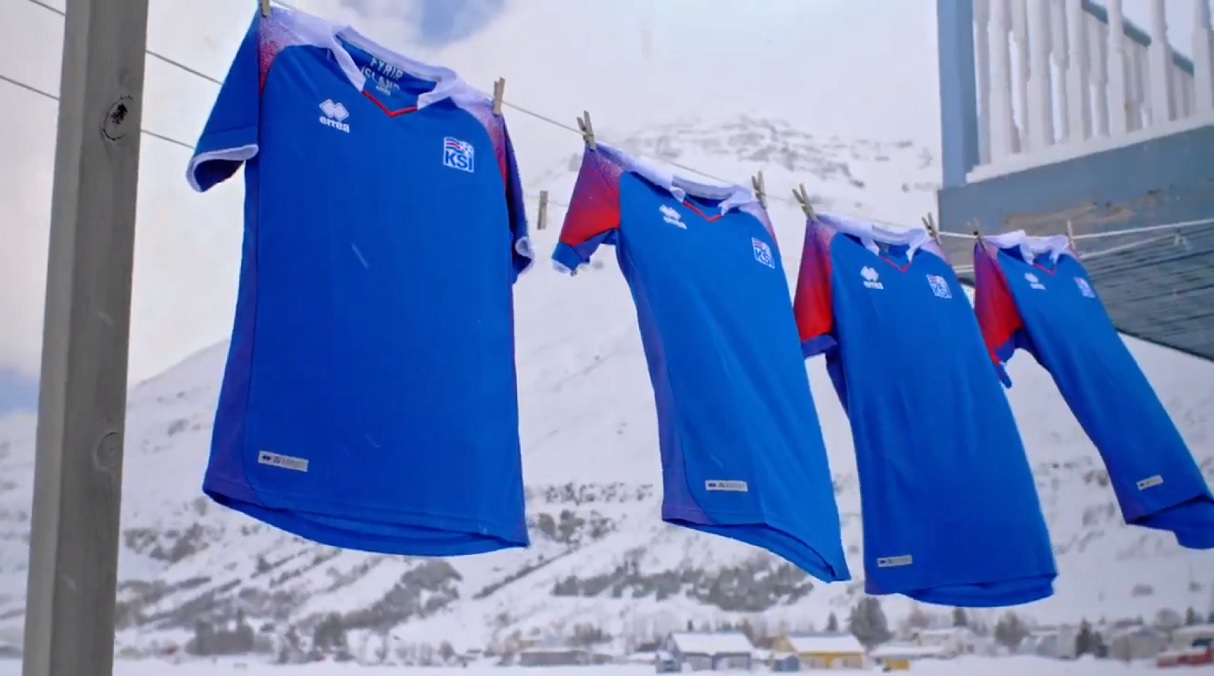 A tribute to ‘the bond between Mexico’s team and its flag’, the Mexico away kit incorporates the colours of the Mexican flag in shades that recall their kits of the ’70s. Its lightweight fabric is built for performance and the jersey is finished off with signature three stripes in green on the shoulder. 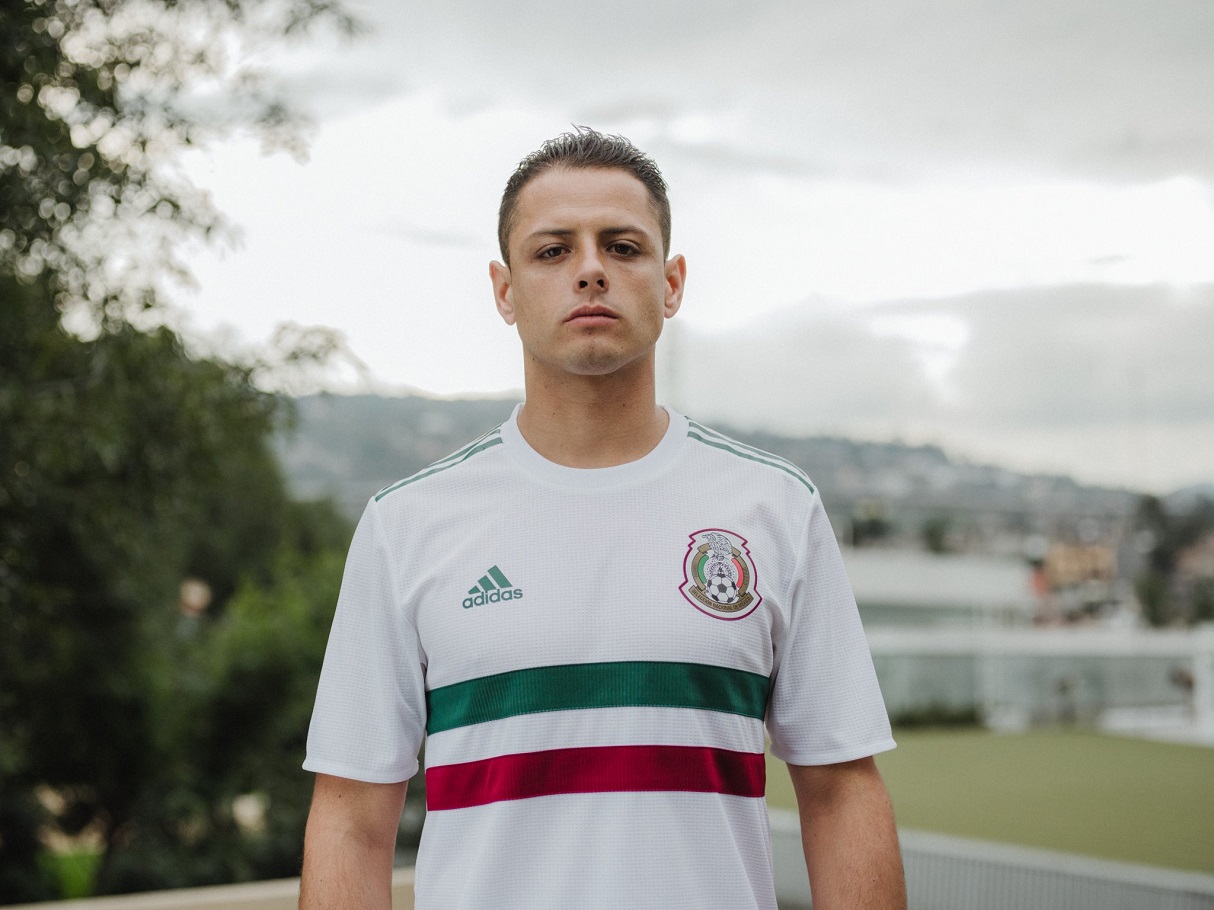 The new kit for Belgium’s golden generation, Hazard, Lukaku and De Bruyne will be playing in Russia in a kit that takes its inspiration from Euro ‘84. The jersey design includes a diamond pattern on the front with the Belgian badge located in the centre of shirt and the adidas motif on the right shoulder. Some have argued there’s too much ‘golfing sweater’ about it but we love it! 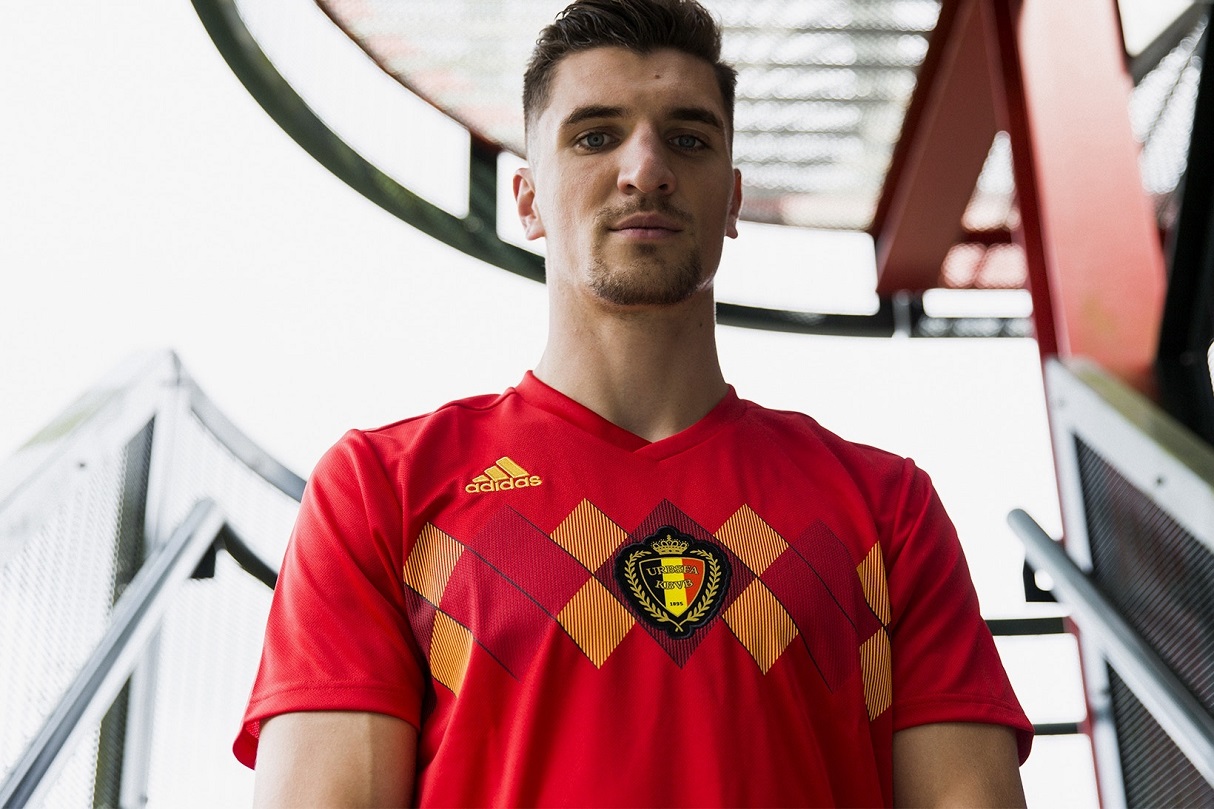 But while adidas probably has the best overall collection, the winner for ‘Best Kit at World Cup 2018’ goes to Nike and Nigeria. Using the team’s 1994 World Cup efforts as inspiration — the first time they made it past the group stages — the kit features an eagle wing-inspired black and white sleeve and green feather pattern with white detailing on the torso. Nike describes it as ‘Audacious. Fast. Fun. Stylish.’ It’s hard to disagree. 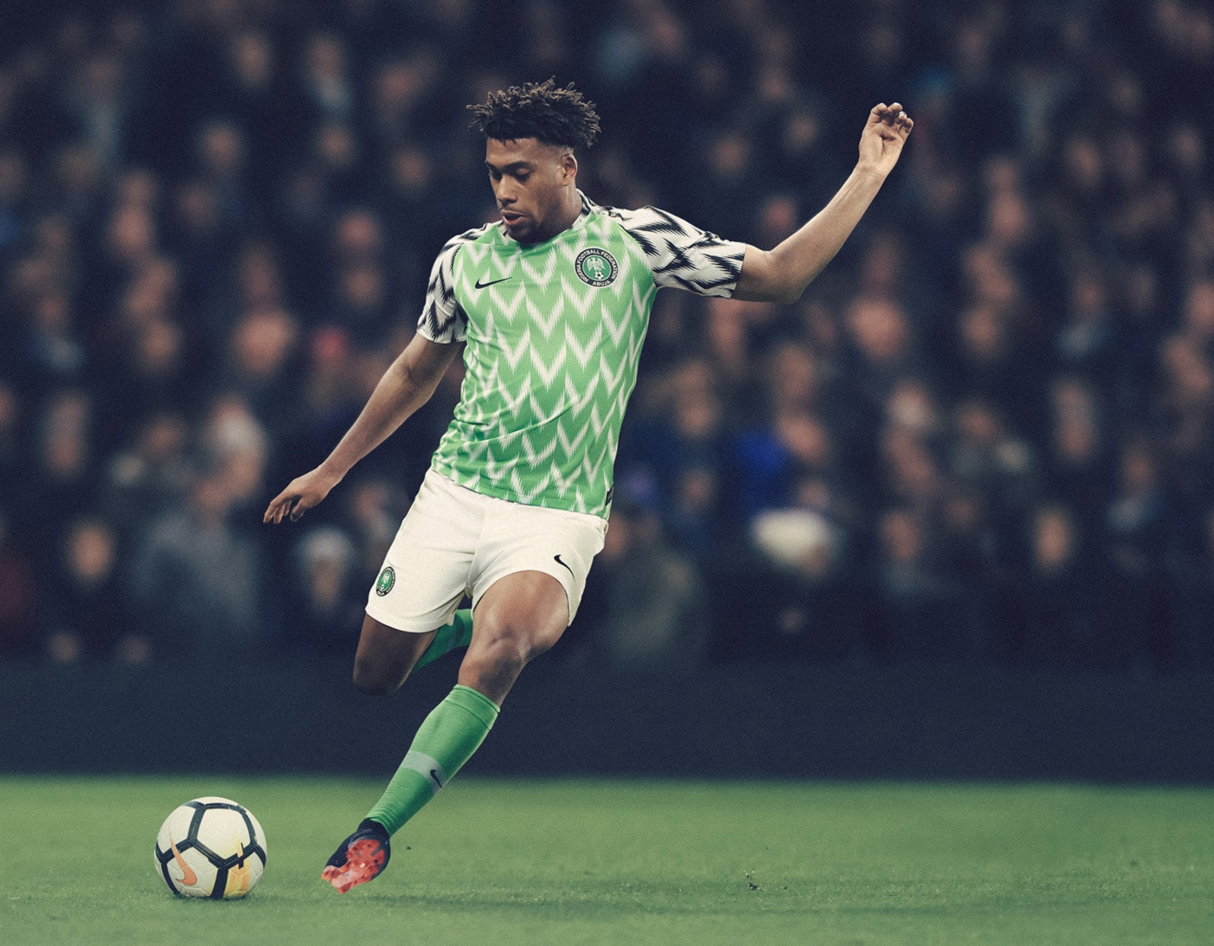 In celebration of the 2018 World Cup, Umbro have just unveiled the Projects Summer collection. A mix of Jerseys, Shorts and Tees, each item is inspired by iconic and vibrant designs from the retro kits of some of Europe’s biggest teams.