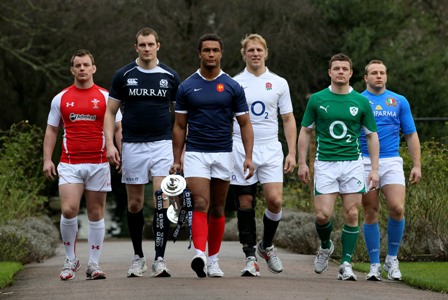 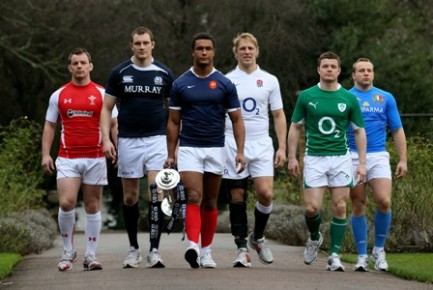 Can France Hold onto the 6Nations Trophy?

This year the 6 Nations is pretty much a build up to the World Cup in New Zealand in August.  The tournament kicks off at the Millenium Stadium on a Friday night for the first time in its 128 year history – where Wales take on England.  Ireland and France make up the four favourites to finish with the trophy with Scotland and Italy fighting it out for the wooden spoon.  Here are my previews and predictions.

All the jocks will be on my back for this.  But unfortunately the Scots don’t seem to have much spark to their gameplay and they don’t have many match winners in their side.  However with Scotland Hosting Italy in the last game of the campaign, it could be a winner avoids the wooden spoon game.
Player to Watch – John Barclay.  The Scots Openside is a quality player.  An athletic Openside who gets around the park and is not afraid to mix it.

With the talismanic Sergio Parisse at the wheel Italy are becoming a handful, their scrummage is powerful and strong, and they put pressure on sides at the breakdown.  Unfortunately they lack in creativity in the backline.  Which is improving but many a time they lack the concentration to bring them through a full 80 minutes and they come unstuck against quality opposition.  However they could spring a surprise this weekend when the face a depleted Ireland in the Stadio Flaminio
Player to Watch – Edoardo Gori.  Heralded as the finest prospect the Azzuri have ever produced.  A livewire at the back of the scrum, the Treviso scrum half could provide the fizz they need to ignite the backline.

Another Controversial pick for me.  But they have a massive injury list comprising of Tommy Bowe, Andrew Trimble, Rob Kearney, Geordan Murphy, Jamie Heaslip and Stephen Ferris. Because of that, I expect the Irish will struggle to gel in their first few fixtures, which could lead them to coming unstuck in Italy.  Brian O’Driscoll will be chomping at the bit to get into the Azzuri, and with Paul O’Connell making his first start since the Six Nations last year, they could just prove me wrong yet.
Player to Watch – Fergus McFadden, the Leinster Winger makes his debut replacing the injured Tommy Bowe, he has a lot to live up to with matching the skill and finishing panache of Bowe, but even if he shows a glimpse of that, he will have a bright international future ahead of him.

The Welsh have the talent and flair to beat everybody in the tournament, but then sometimes it seems strange that they cannot perform together.  When their back three, be it Lee Byrne, James Hook, Leigh Halfpenny, Shane Williams or George North are firing, they make yards and their back row function well in broken play. I expect them to come unstuck against England up front without the injured Lions Gething Jenkins and Adam Jones in the front row, the red Rose pack will starve the welsh backline of decent ball.
Player to Watch – Jamie Roberts. The Cardiff Blues centre is as destructive as anyone in the world in the middle of the park.  His barraging runs for the Lions moved him up alongside the best for making busts.  If the Welsh are to do well this year, all that they do well will be centred around this man.

France are in a bit of disarray at the moment, a poor Summer & Autumn with below par results have left them demoralised.  Which is bad for the rest of the world as the frogs tend to produce the type of rugby that epitomises the ‘French flair’ when their backs are against the walls – playing without a care in the world, taking risks that come off, running the ball from under their own sticks.  They will throw the kitchen sink at every side this year.  Only a disciplined side will come away with a win. Marc Livremont is under pressure to get the best out of his side so he has stuck with the pack & half back combination that won the Grand Slam, but his outside back has a whole new look to it.
Player to Watch – Maxime Mermoz, Perpingnans rising star has replaced Jannick Jauzion in the centre for the opener against Scotland, the 24 year old made his debut in 2008 but a string of nasty injuries has meant he only has 7 caps to his name so far.  I expect their to be at least 70 by the time he retires.

A little biased? Maybe, but England’s performance against New Zealand in the second half, and the whole game against Australia makes me wonder that the Red Rose are peaking at the right time again, in the build up to the world cup a solid 6Nations will be key to hitting the ground running in New Zealand in the Autumn.  Martin Johnson will have this in the back of his mind.  Without Lewis Moody leading them out at the Millennium stadium and without the athletic Tom Croft in the back row they lose some of their firepower.  But their deputies will be able to stake a claim to the jersey.  May not be a Grand Slam that we all want, but I think a return to the top spot in the Northern Hemisphere is on the cards.
Player to Watch – Chris Ashton, the former rugby league man has been a sensation on the wing for his club Northampton Saints, he is starting to make the transition to top hit man on the international stage as well.  His try against Australia in the Autumn has just been announced as try of the year.  Lets have some more of that please – check out the try below.

So there we have it. No doubt most of you think different to me? Poll it, or let me know on twitter, Facebook or in the comments below. One of the greatest spectacles on the sporting calendar kicks off on Friday – Don’t miss it!