Though it may be more than seven months away – and despite teams still going through the qualifying stage – adidas’ preparations are well underway for next summer’s EURO 2020. So much so, they’ve unveiled the Home kits for big boys Spain, Germany and Belgium, as well as Russia and Sweden.

Uniting the worlds of art and football, each adidas design for EURO 2020 saw creators produce hand-drawn sketches for kits, rather than using digital methods. These artworks were then collected and became the inspiration for the final patterns, colour choices and number graphics of the kits. Take a look at the five announced so far below:

The Spain EURO 2002 home kit is inspired by the national flag. When making the original abstract art piece that inspired the design, adidas’ creators broke the flag into single pixels and reconnected it in a refreshed colour palette seen on the final shirt. Detailing includes ‘1920’ on the neck, honouring the 100th anniversary of Spain’s first Federation shirt and their first iconic crest of a lion. 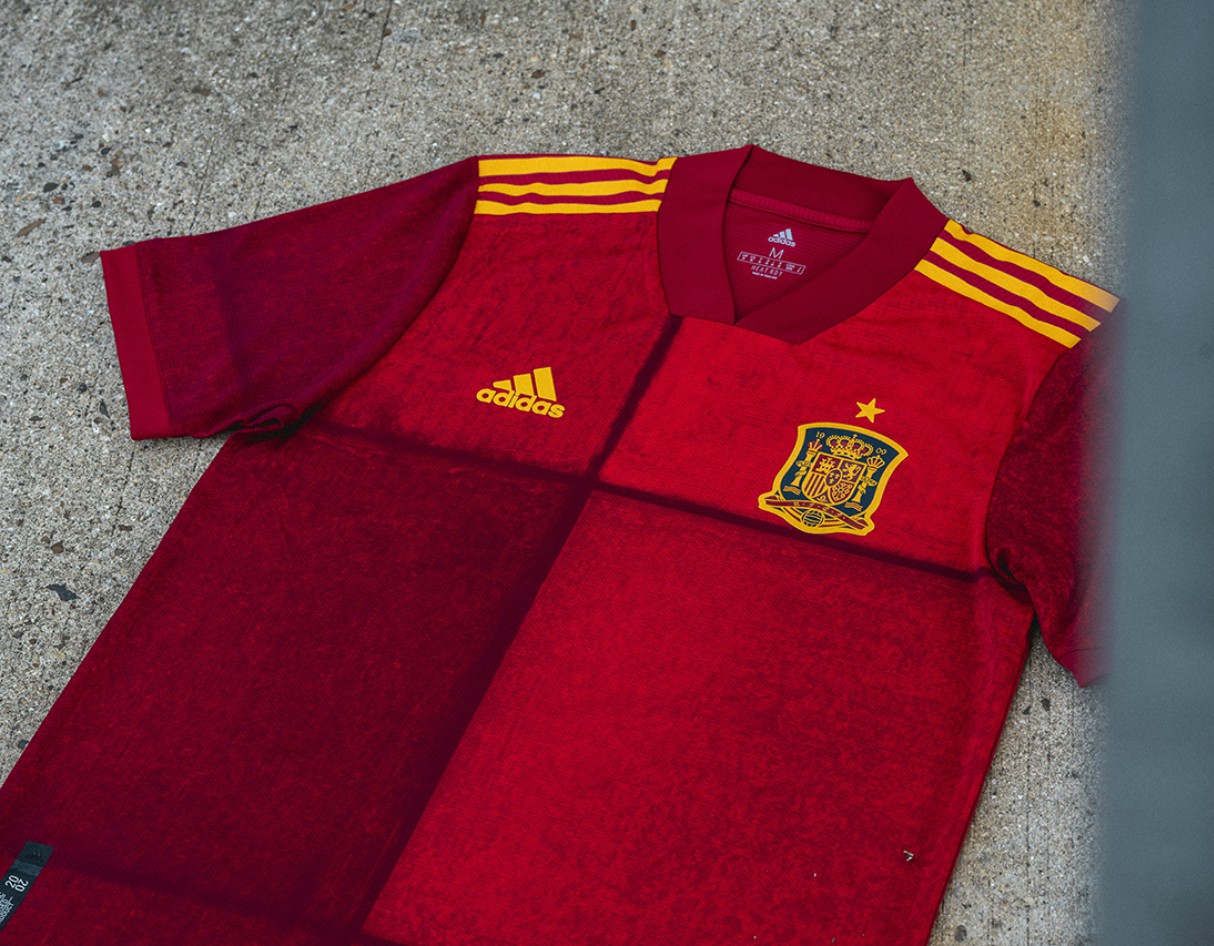 Stripes have been embedded in the design of German kits since the 80s, and the 2020 version sees the detail in the form of hand-painted pinstripes. It’s one of the more simple designs in the line-up and sees the return of German black/red/gold flag colours on the sleeves. 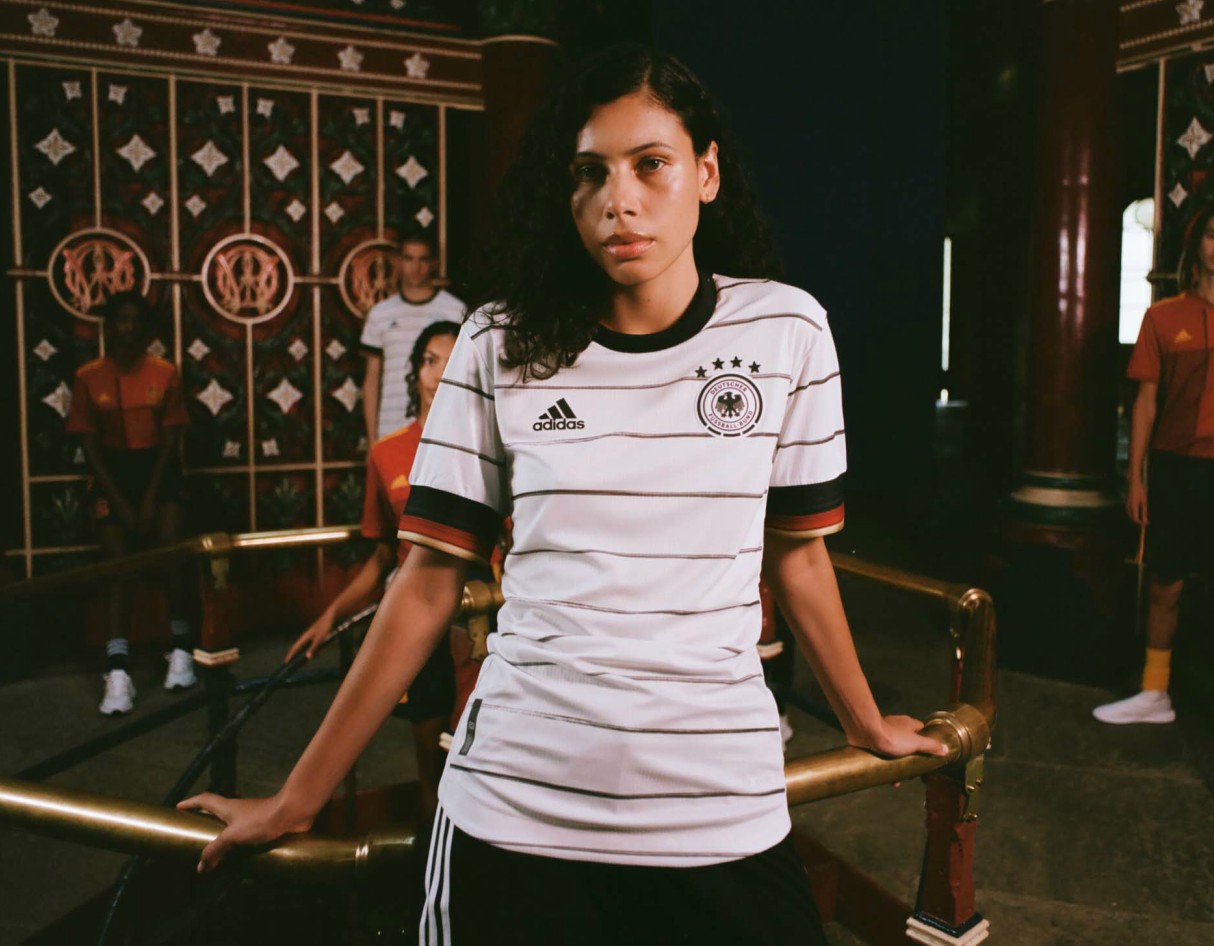 The Belgium Euro 2020 home shirt again takes the national flag as its inspiration, giving it a modern twist and hinting at the letter ‘B’. The shirt also features an all-new national logo for the first time, which coincides with the 125th anniversary of the Royal Belgium Football Association in 2020. All of the same elements still remain in the new crest, but they’ve been rearranged, with the black, yellow and red of the flag forming the stem of the letter ‘B’. 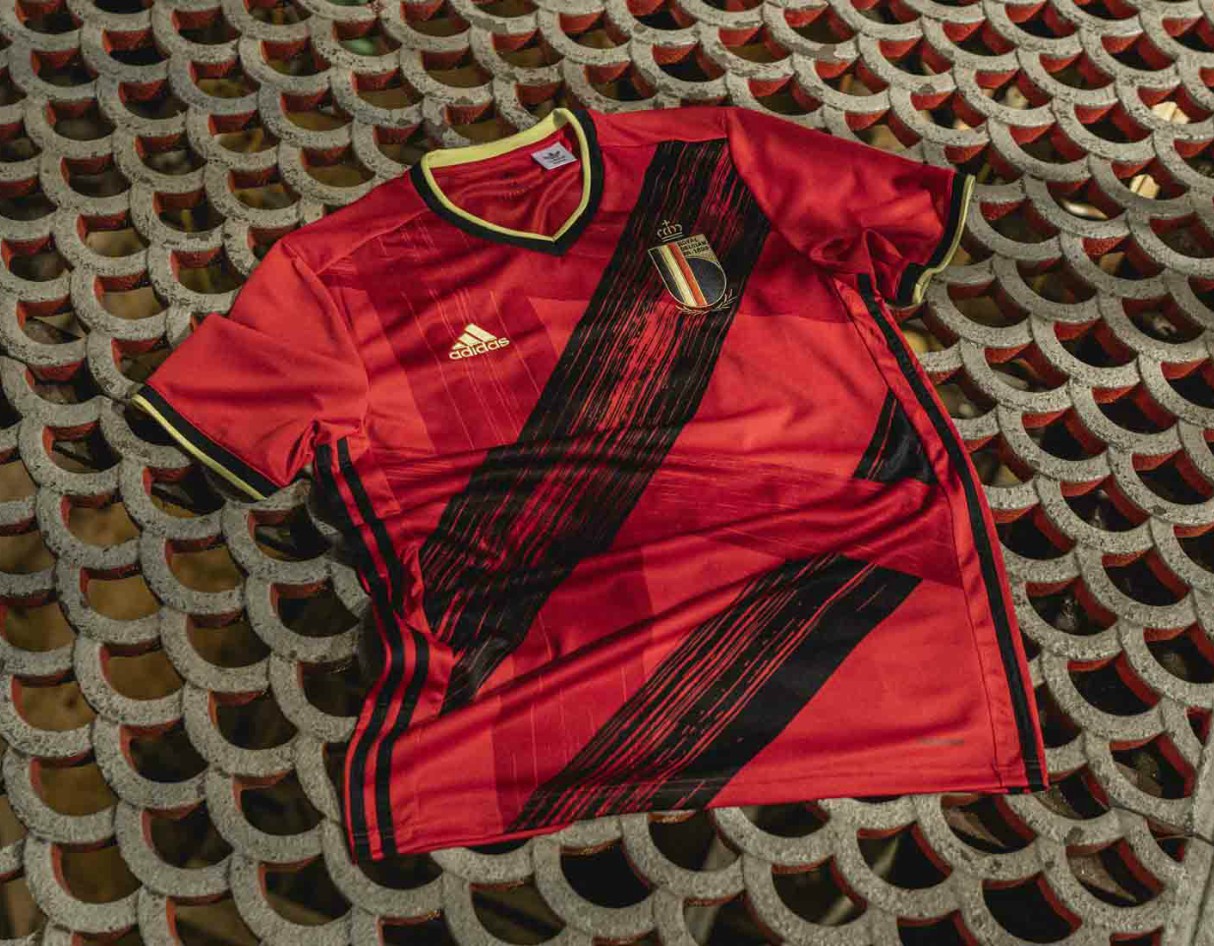 Sweden’s Euro 2020 home shirt is arguably the most understated in the line-up with a strong collar and cuff combo. The latter, in particular, stands out due to a lighter blue band on the navy background, evoking the Swedish national flag. ‘Sverige’ detailing on the back of the neck rounds things off. 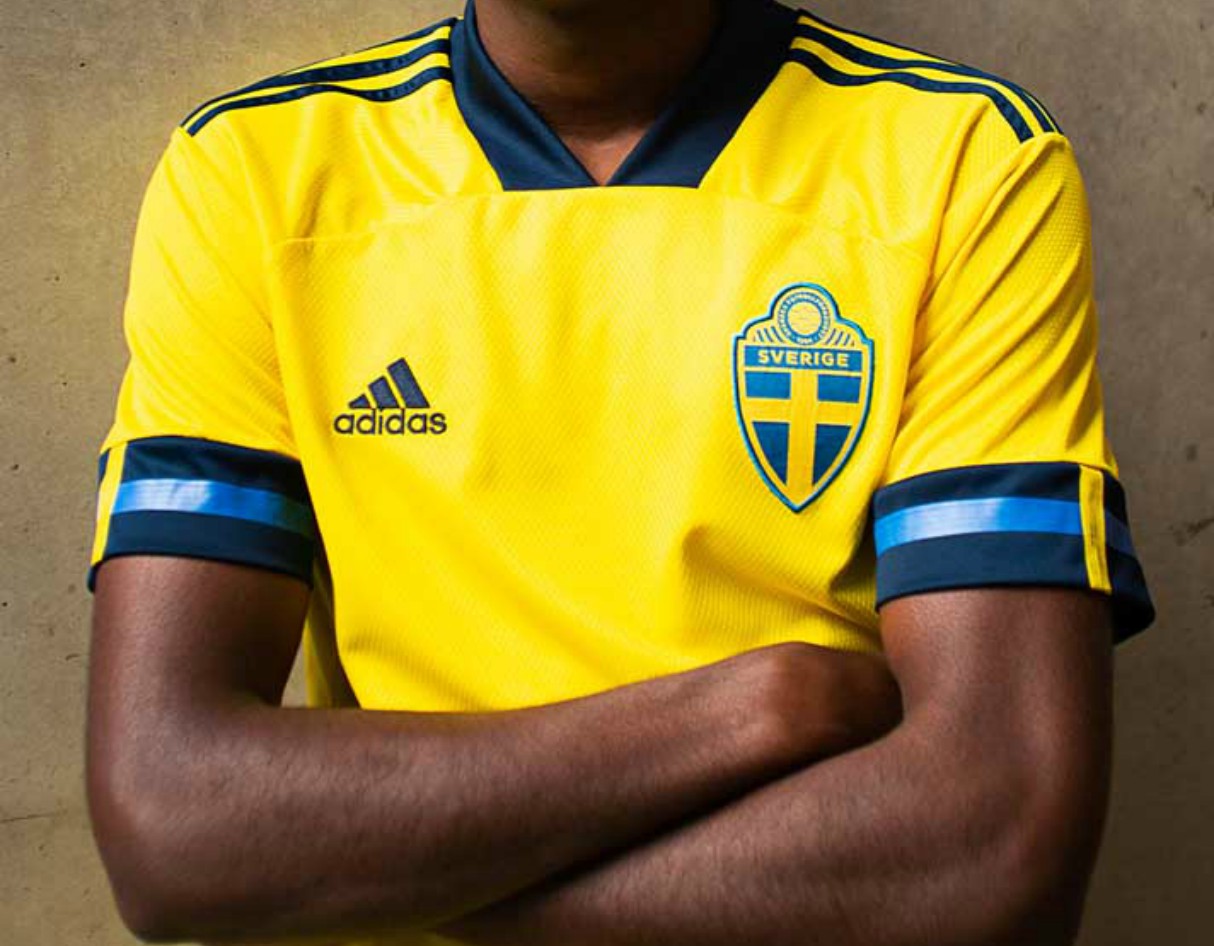 Russia’s 2020 home kit also utilises the strong bold colours of the national flag alongside a hand-painted sublimated graphic. Alongside the unique graphic on the main body, the shirt uses red as its base colour, combined with white and blue detailing through the collar and cuffs. 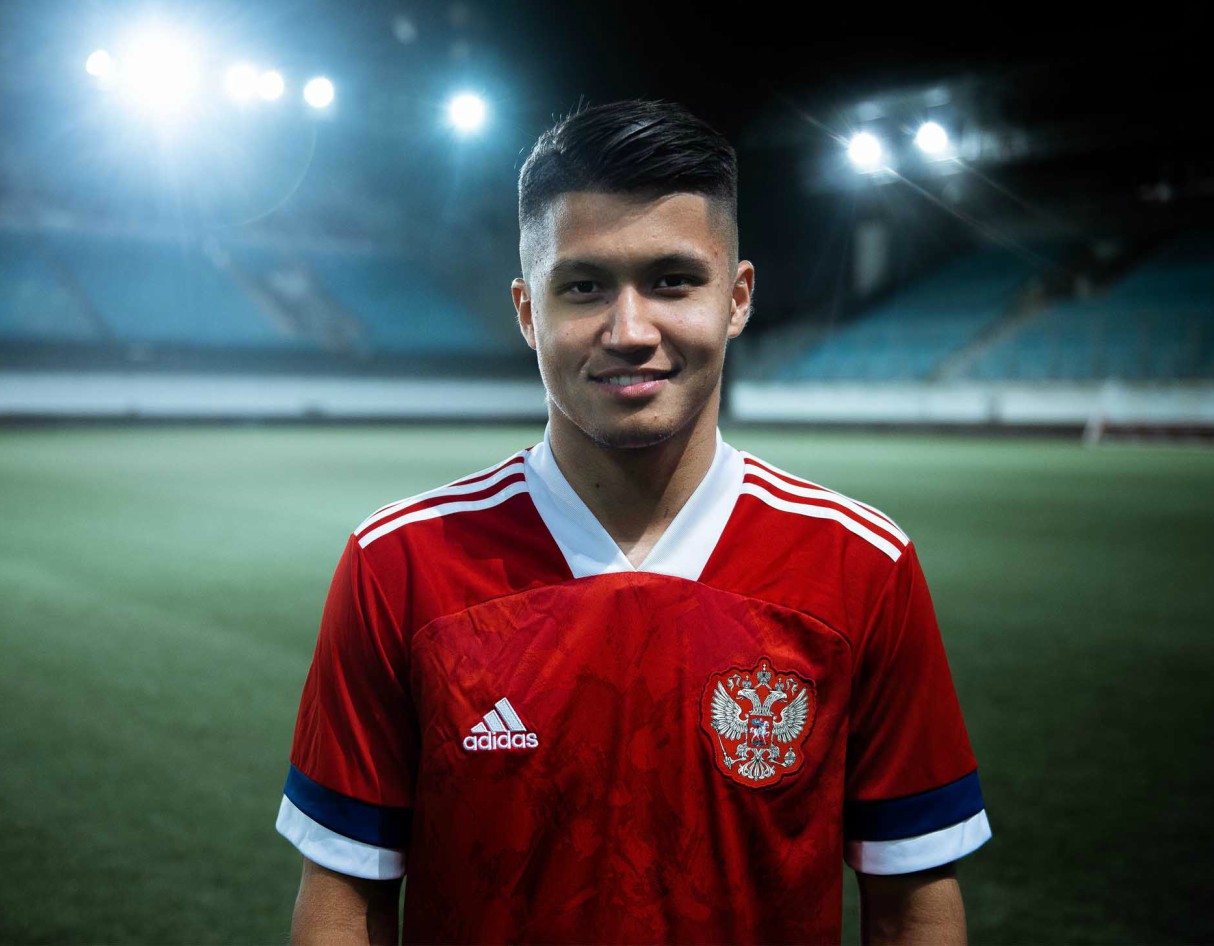 To mark the 60th anniversary of the competition, EURO 2020 will be held across 12 countries and kicks off 12 June 2020. Head over to the adidas Website to see all of its new national kits. Prices start at £69.95. 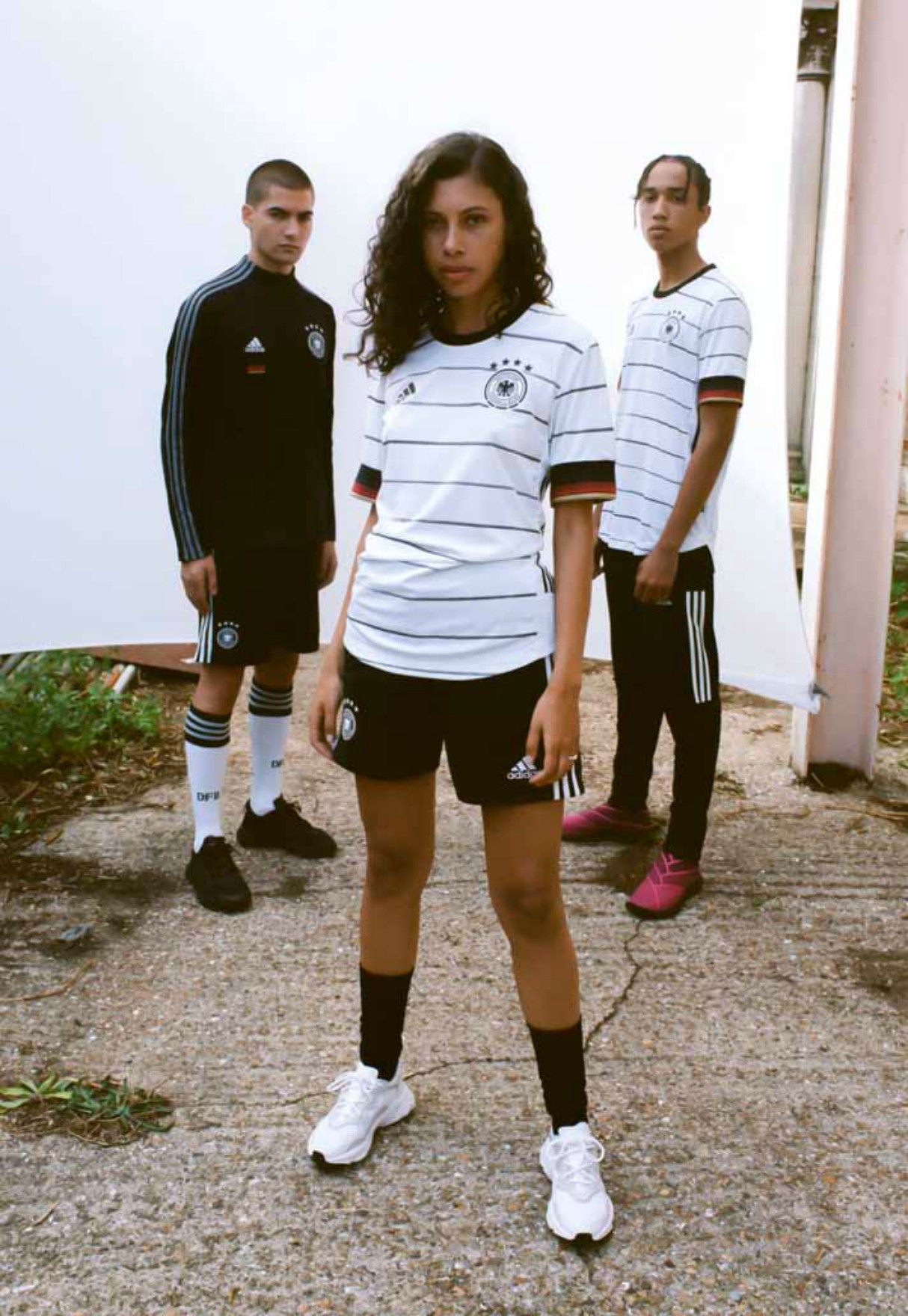 If you’re in need of more football kit inspiration, here’s what we think are the top 5 kits for the Premier League 2019/20 season.