There are very few games played you remember where you were when they happened. But the 1998/1999 Champions League Final will always be one of them. Manchester United and Bayern Munich had played each other twice already earlier in the group stage of the competition, with both games ending in a draw – so the final was always destined to be tight.

Bayern were 1-0 up thanks to a free kick from Mario Basler. United won a corner just as the fourth official indicated three minutes of injury time. Beckham’s corner was cleared only as far as Ryan Giggs and the Welshman’s tame shot landed right into the path of Teddy Sheringham, who turned the effort into the bottom corner. Less than 30 seconds after the subsequent kick-off, United forced another corner. Beckham’s corner found the head of Sheringham, who nodded the ball down into the path of Ole Gunnar Solskjær. The rest is folklore. 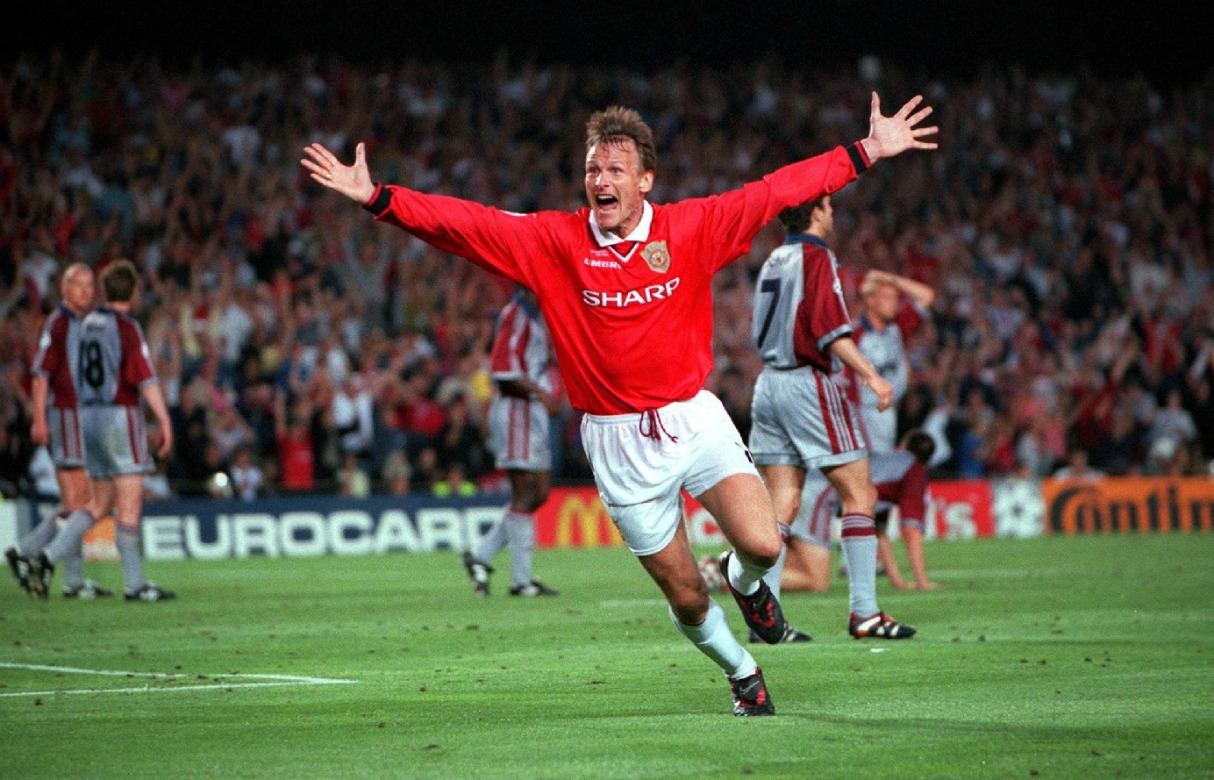 Though you probably won’t remember where you were when it happened, you really can’t beat a genuine goalfest for pure footballing entertainment. Dortmund’s 12-goal thriller with Legia a couple of seasons ago was undoubtedly fun, but Monaco’s 8-3 win over Deportivo in 2003 has the nostalgia factor.

Dado Prso – Rangers fans may remember him – helped himself to four, while Jerome Rothen, Ludovic Giuly, Jaroslav Plasil and Edouard Cisse all got on the scoresheet as well. Football Manager king Diego Tristan bagged a brace for Depor, while Lionel Scaloni grabbed the other consolation. 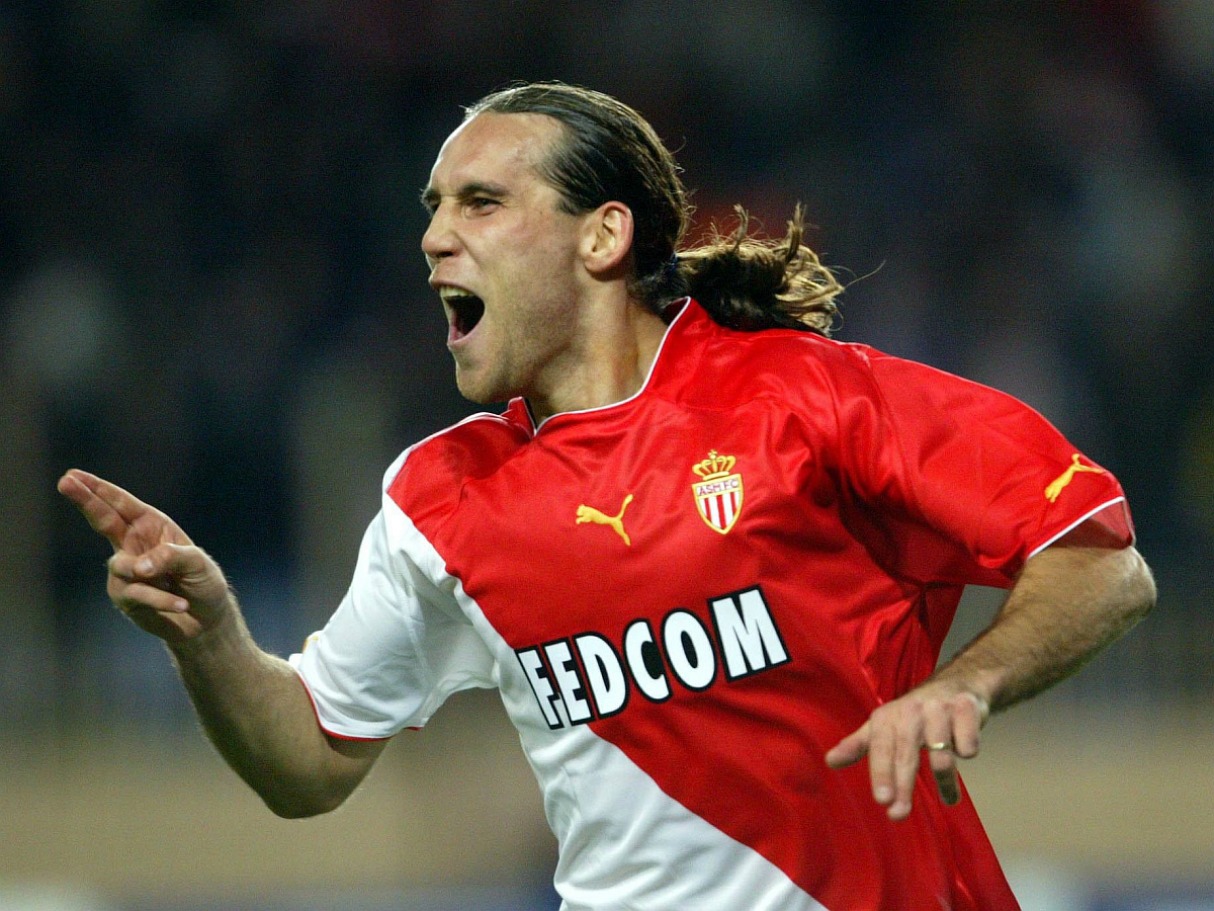 The name Ronaldo may be synonymous with the new Juve man these days, but it used to belong to another one of the game’s greats. And one of the Brazilian Ronaldo’s signature nights was at Old Trafford in 2003.

The great man scored a hat-trick to dash any hopes of United’s progression in the competition (despite actually winning the game 4-3). The performance was so virtuoso, he was even applauded off the pitch by the United crowd. Always a sure sign of something special. 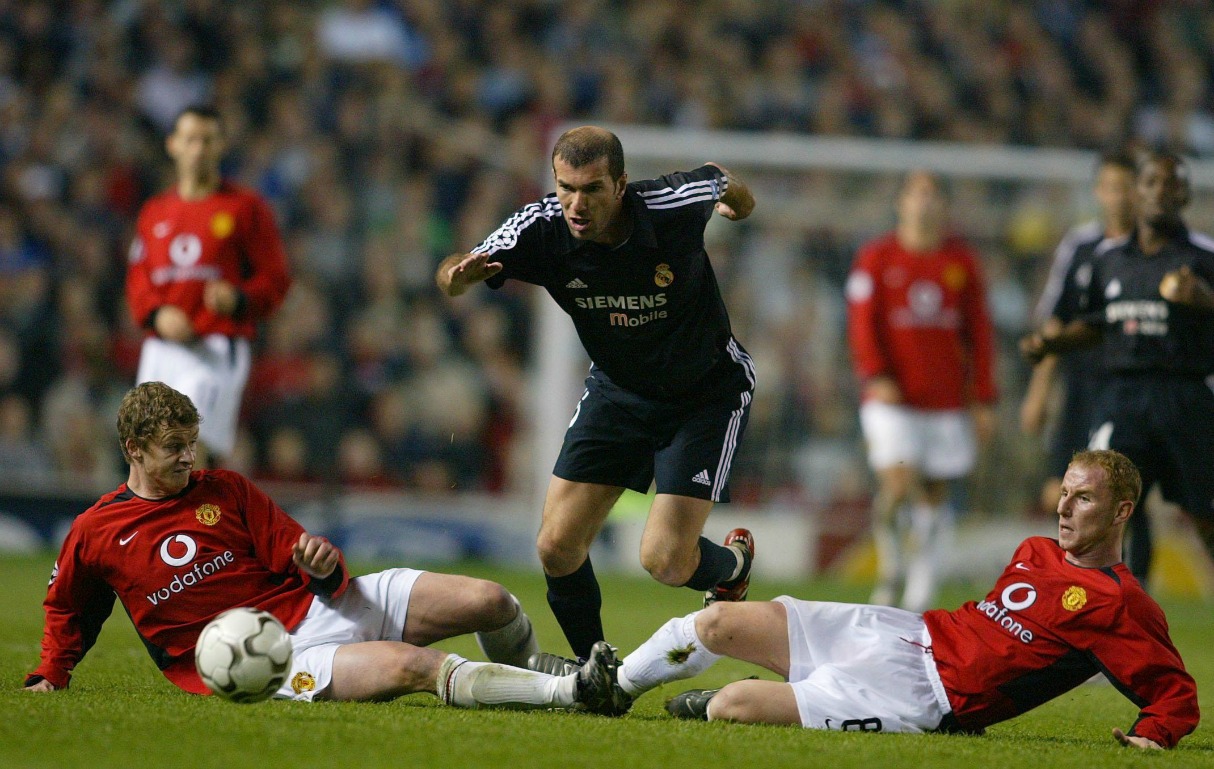 Chelsea have a long and tortuous relationship with the Champions League. Their history in the competition dates back to 1999 when they reached the Quarter Finals, only to be knocked out against a Rivaldo-led Barcelona side. But it’s fair to say they didn’t truly arrive as one of Europe’s powerhouses until their victory over the same side in 2005 on one of the competition’s genuinely great nights.

Chelsea lost the first leg 2-1 on a fiery night in Nou Camp, which saw Didier Drogba controversially sent off. In the second leg, Chelsea ran into a 3-0 lead after just 19 breathless minutes. Ronaldinho then led the comeback with two goals, one of which still defies logic. But John Terry clinched the win and a place in the last eight with a textbook header and a little help from Ricardo Carvalho. An all-time classic. 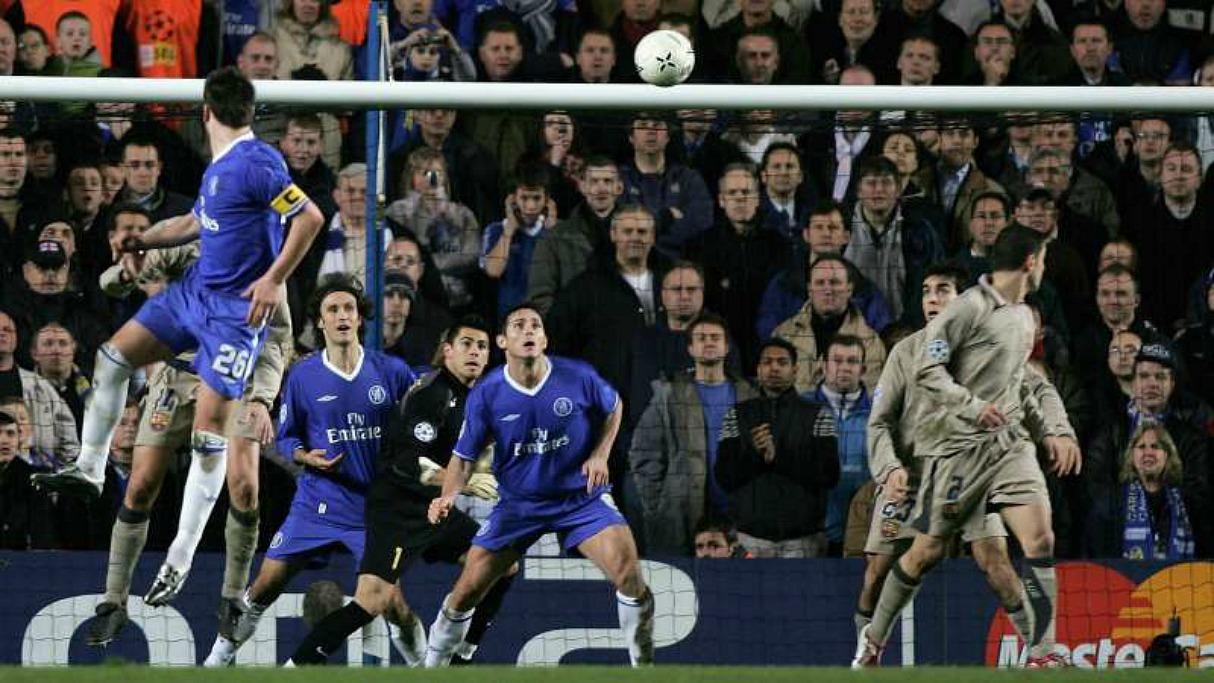 There have been plenty of comebacks in the history of the Champions League but one of the first real comeback shocks was in 2004 when Spaniards Deportivo staged a miraculous second-leg recovery to knock out holders AC Milan.

Milan – a side which included Cafu, Alessandro Nesta, Paolo Maldini, Andrea Pirlo, Kaka and Andriy Shevchenko – won the first leg 4-1 but were stunned by three first-half goals from Walter Pandiani, Juan Carlos Valeron and Albert Luque. Fran made it 4-0 to cap an unforgettable night at the Riazor. Depor would go on to lose to a Porto side in the semis managed by an young unknown Portuguese manager named Jose Mourinho. 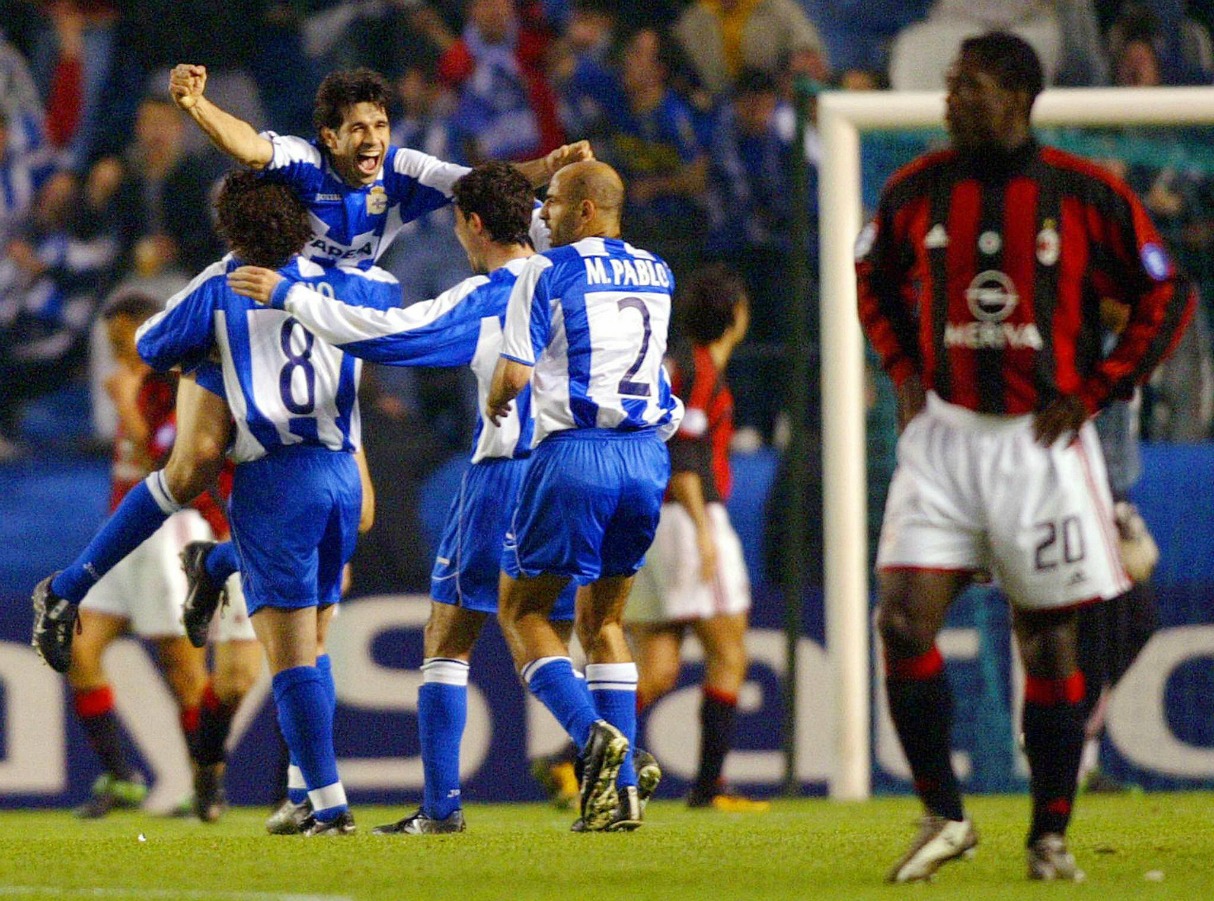 Probably the greatest rivalry in the Champions League era, Chelsea and Liverpool have staged some of the most intense and passionate games ever to be played in the European Cup. But while the Ghost Goal and the Red’s penalty shoot-out win will live long in the memory, it was the 4-4 draw at Stamford Bridge which will go down as one of the greats.

Guus Hiddink’s Chelsea almost blew a 3-1 first-leg lead as Fabio Aurelio and Xabi Alonso levelled the tie at the break. But a Pepe Reina howler and thunderbolt from Alex brought the hosts level. Frank Lampard then edged Chelsea ahead, before Lucas Leiva and Dirk Kuyt put the tie in the balance once again, only for Lampard to seal the victory and put Chelsea through 7-5 on aggregate. 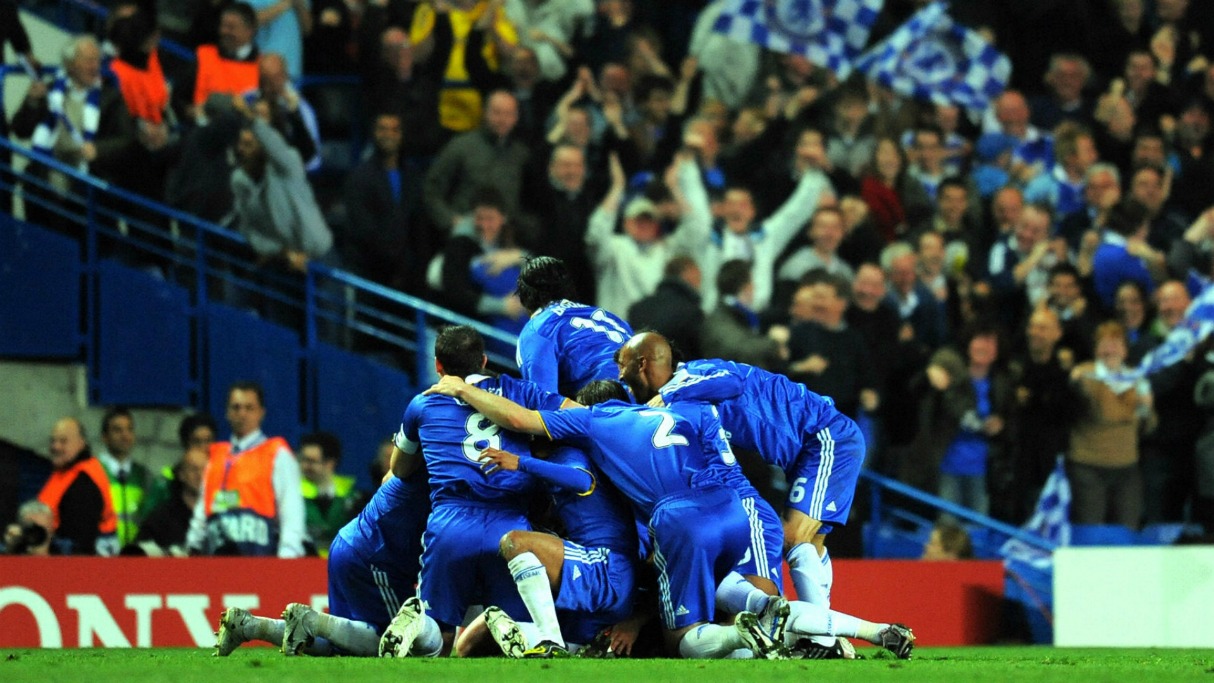 Barcelona became the first ever team to overturn a first-leg 4-0 deficit last year when they knocked out Paris St-Germain to reach the quarter-finals for a 10th successive campaign. Barca were 5-3 down on aggregate in the 88th minute but miraculously, and somewhat controversially, scored three goals in the final seven minutes to cap off one of the greatest European ties of all time. Barcelona had led 2-0 at half time thanks to Luis Suarez and a Layvin Kurzawa’s own goal. They quickly added another after the break through a Messi penalty but the tie was essentially over when Edinson Cavani lashed home for PSG on 61 minutes. Then madness ensued.

Neymar curled a free-kick into the top corner in the 88th minute before Suarez won a controversial penalty (he dived) just 3 minutes later. Neymar converted with Barca now needing just one more to go through. They threw the kitchen sink and Sergi Roberto eventually poked home in the 95th minute as the Nou Camp exploded. You can call this a comeback. 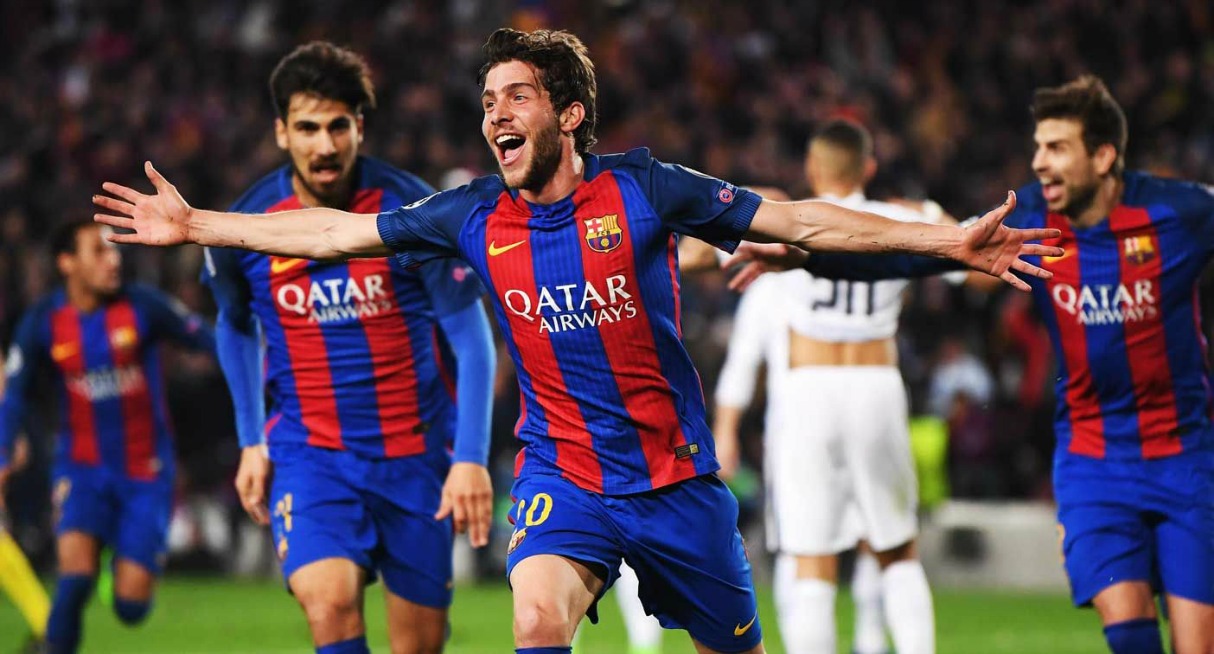 Even Liverpool’s most ardent rivals can’t argue with this one. United had pulled off something incredible back in 1999, but the 2005 Champions League has to go down as the greatest, with Liverpool pulling off a miracle in Istanbul after being 3-0 down at half time.

Goals from Paolo Maldini and a Hernan Crespo double seemed to have put the game to bed. But an inspired Steven Gerrard pulled one back, before Vladimir Smicer and Xabi Alonso scored goals in just seven minutes to level the tie. Andrea Pirlo and Andriy Shevchenko missed their penalties in the subsequent shootout and Liverpool triumphed in arguably the most memorable Champions League game of all time. 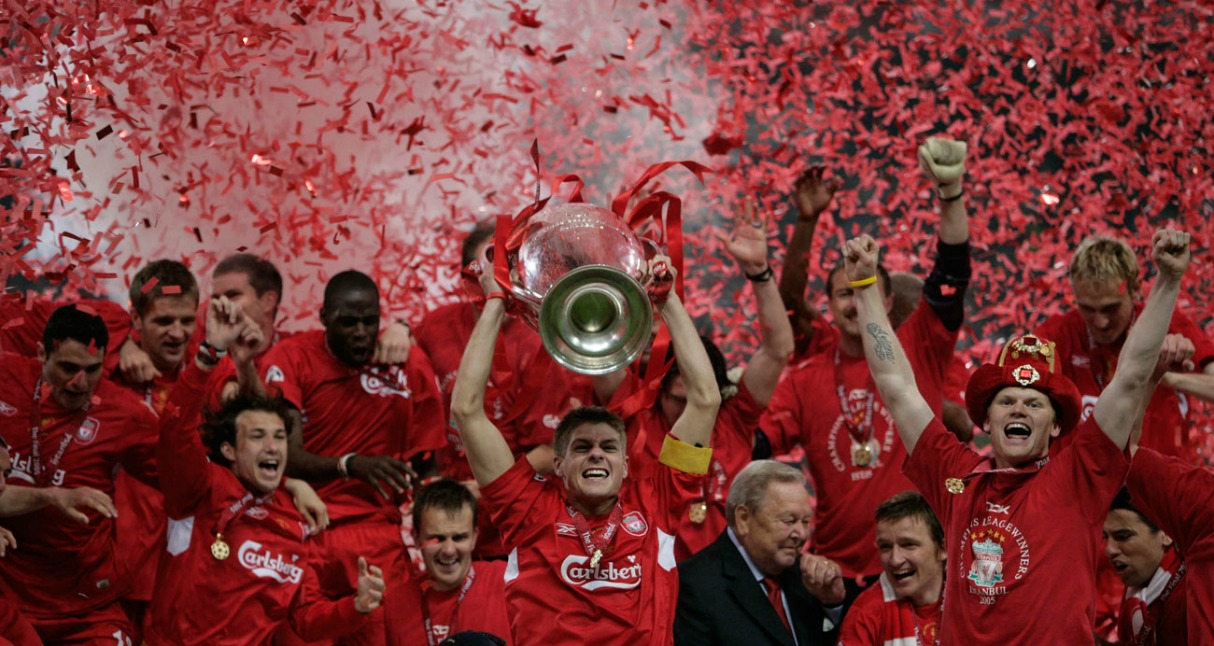 The Champions League may have established itself as the world’s premier club competition, but can UEFA’s new Nations League revitalise international friendlies? We think it just might.