BMW have announced they will quit Formula One at the end of the 2009 season. The German car manufacturer have cited, ‘current developments in motor sport’ as their reason for leaving the championship, which comes only 8 months after Honda’s withdrawal last December. 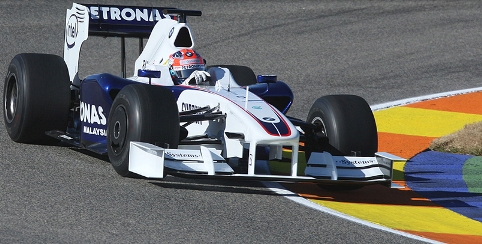 After taking over from the Sauber team in 2005, BMW stated their aim was to win the drivers championship within three years, but with only 8 points all 2009 season that dream is some way off. They did finish third in the constructors championship last year, and second in 2007 but the speed and reliability of the car has been a real issue this year with all the technical changes.

With only one win in the last three years, at Canada in 2008, Robert Kubica and team-mate Nick Heidfeld will now be looking for new rides for the 2010 season as BMW now devote more resources to ‘development of new drive technologies and projects in the field of sustainability’.

Are we expecting another Brawn type buy-out, who knows, maybe even Schumacer F1 might be lining up in the 2010 season. They would have no problems with investment… You heard it here first!