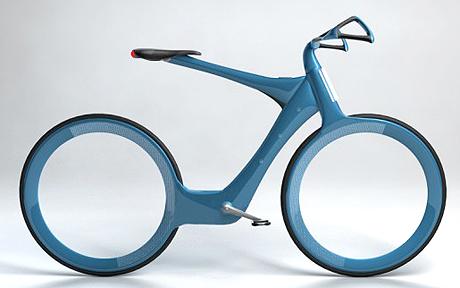 Could this be the future? Chris Boardman and techies everywhere seem to think it possibly could be…

The bike of the future is the brainchild of olympic gold medalist Chris Boardman who has designed a concept bike that takes all of it’s features from current technology. Chris is currently looking for a backer to take this potential to market and the bike would include;

The bike could be created were a company willing to produce it, insists Boardman, as “everything in it already exists, It’s simply a question of pulling it all together”

“If there was a budget behind it, it could be ready in two years,” he said.

Once mass produced the bike could be available for as little as £2000, which would be right up our street…

Original story from the telegraph.

*Skyride* this summer is making cycling simple, safe and fun. Sky will stage rides in traffic-free city centres in Hounslow, Glasgow, Manchester, Leicester and London and host hundreds of local guided rides. They give all ages and abilities a chance to ride with family and friends. For details and expert advice go to www.goskyride.com.