The F1 road show rolls into Singapore this weekend with round 15 of the championship taking place around the streets of Marina Bay. The final five races of the season are all long haul, fly away races and with five racers still in the hunt for the title we are in for a breath taking end to an eventful season.

McLarenare looking for a big improvement this weekend after Lewis Hamilton’s mistake on the first lap in Monza cost him valuable championship points. Jenson Button provided the team with a much needed second place to bring him back into title contention. An upbeat McLaren are buoyed by the inclusion of their latest mods which include a new front wing and other ‘devices’ all of which are set to improve the downforce of the car. Expect a strong showing from the british drivers this weekend.

Red Bull will be looking to produce a solid weekend after a few quiet showings from Webber and Vettel. The aerodynamic strength of the teams RB6 car should give them every chance of grabbing a podium spot as the newly laid Singpapore circuit will play right into their hands. If Vettel can keep his cool (for once) he could make a long overdue podium appearance. Expect Webber to be up there as well as he posted the fastest time in Practice 1 on Friday morning and will be looking for a mandatory Red Bull pole position. 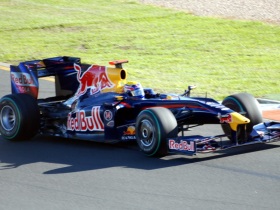 Ferrari will be looking to push their number 1 driver, Fernando Alonso (Controversial?) to a second consecutive victory after his win in Italy. Massa will be providing support and could even be in with a shout of a podium finish himself. Hamilton has stated that Alonso is the favourite to take the chequered flag this weekend and with both drivers having won this grand prix before (Alonso 2008 & Hamilton 2009) they both have the ability to win the race, but will their cars be up to the challenge?

Robert Kubica’s Renault car has been improving all season and after some solid performances he could cause a stair by getting amongst the championship contenders so keep an eye on him this weekend. Hispania Racing and Lotus have new drivers in this weekend as well so they may use this weekend as a test drive session to get to grips with their new cars. A great weekends racing lies ahead and we cant wait for the action to begin. Im going to look into my crystal ball and go for:

I know that’s a big shout but to be fair it could be anyone on of five to take the chequered flag this weekend. Let us know what you think below.