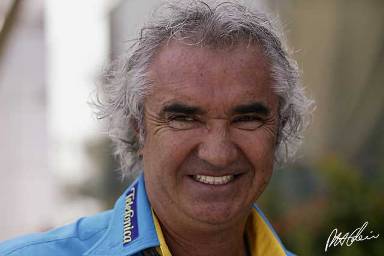 Flavio Briatore has quit as the team principal of the Renault F1 team amid race fixing alegations at the 2008 Singapore Grand Prix. Executive director of engineering Pat Symonds has also left the team.

Earlier this week, Nelson Piquet Jr and his father claimed the driver had been instructed to cause an incident to ensure the safety car to come out to enable team-mate Fernando Alonso to head further up the field. Right on cue, Piquet crashed just two laps after Alonso had pitted forcing the safety car to come out. This allowed Alonso to move through the field, not having to stop for fuel and tyres.

Alonso then went on to take the chequered flag.

It is not known if Renault must still face the World Motor Sport Council in Paris on Monday to answer the charges.