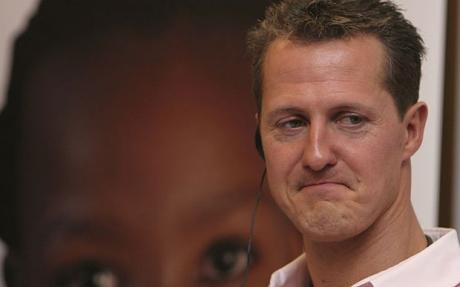 It Michael is not quite as good on two wheels as he is four. During testing on his new Honda 1000 CBR-Fireblade at a track in Spain, he lost control and the bike slipped from underneath. Michael was taken to hospital as a precaution but was later released with no major injuries.