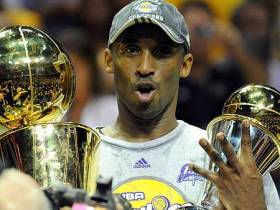 NBA in London at the O2

It has just this second been announced that America’s NBA (National Basketball League) will host 2 games in it’s regular season at the O2 Arena in London. It has been confirmed that the Toronto Raptors will face the New Jersey Nets on the 4 and 5 March 2010.

League commissioner David Stern said;
“The staging of regular-season games in Europe is a milestone for the NBA, By bringing these two young and exciting teams to London, we are fulfilling our commitment to schedule a regular-season game in the UK prior to the 2012 Olympics.”

“It’s a natural progression given the overwhelming response to the many friendlies we have played to sold-out crowds over the years.”

The O2 has hosted NBA pre-season exhibition games in October for the past three years, selling out each game. And this year will be no different with current NBA Champions, Kobe Bryant’s Los Angeles Lakers, taking on the Minnesota Timberwolves.

This is seen as a natural progression by most, after the American NFL holding very successful league games at Wembley in each of the last 3 seasons.