Whilst New Balance ar ea sports stalwart, they are very much a new player when it comes to modern day football boots. Last year we were impressed with their offerings and their quick clamber to sign some rather good players; including becoming the main sponsor for Liverpool FC. The 2016 season start brings a raft of improvements to a quality boot, but does it take it up a level? We reviewed the new New Balance Visaro Pro FG Football Boots to find out.

Out of the box you are immediately impressed, whilst a light boot, the New Balance Visaro Pro still have a real sign of quality and the manufacturing make them seem like a tough boot that will handle a rough winter here in the UK. The next thing that will catch your attention was the unbelievably thin, yet incredibly spongy inner sole – dubbed ‘Fresh Foam’. This new foam inner along with the Ariaprene® mesh upper make for one of the most supple boots on the market.

Having worn nothing but one brand for the last 15 years when it comes to sports footwear and football boots the first hurdle to get over was the sizing. I think it’s pretty well documented that different manufactures sizes can vary somewhat, I obviously haven’t experienced this sticking with the same brand. For me the New Balance Visaro Pro FG needed to be one size up over my usual Nike, they then fitted like a glove. 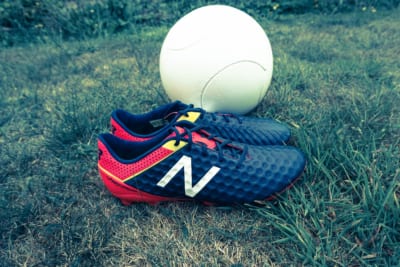 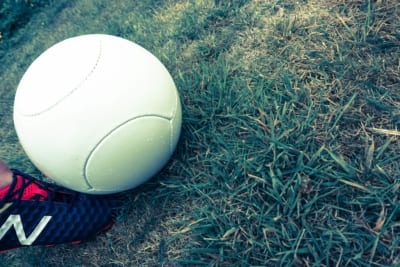 Playing left back for my Sunday league team for the last 5 games, my manager must have caught a glimpse of the neon pink heel on my boots and pushed me forward into a left midfield role, mistaking me for a flair player! I was apprehensive in wearing the boots straight out of the box for a full 90 mins especially on a typically blotchy Sunday league pitch that hadn’t seen much rain. During the game however I forgot I had new boots on and they were instantly comfortable and forgiving on the tough surface.

After the 90 minutes I had a slight abrasion on the top of one toe but no blisters or soreness again testament to the quality materials and design of the boots. No goals unfortunately from the midfield position but I am looking forward to wearing the boots again. The boots give great control on even a slippy ball and allow you to ping the cows leather around at ease. The studs aren’t specifically deep though, which does make me think these will be best suited to harder surfaces and when it gets really wet they may let it slip. But we will see!

The all new New Balance Visaro Pro FG Football Boots are available now from New Balance and others for £130. 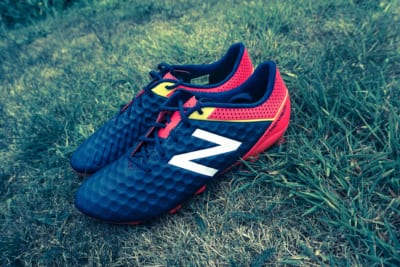 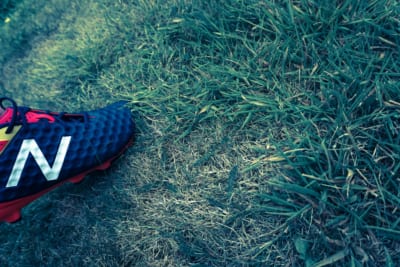 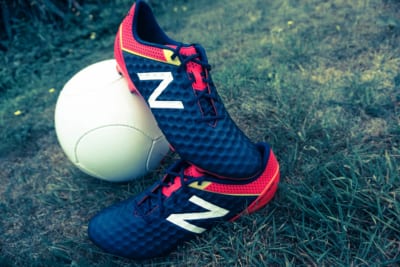