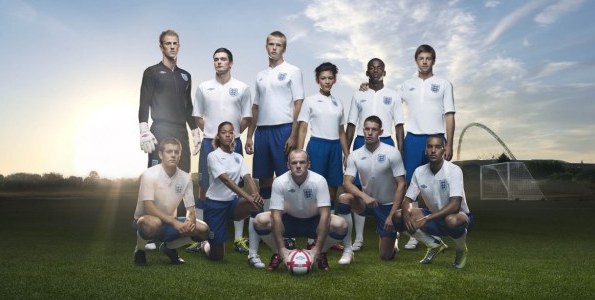 It seems our beloved national team that we just love to hate are putting the finishing touches to their new football strip. Leaked on the internet this morning the new strip comes just 6 months after the ill fated new red strip which the England boys wore so ‘successfully’ in South Africa.

Let’s be honest, the strip looks pretty good, you could argue about those gay stars on the read of the shirt, but it is nicely fitted (unless your a fat fucker like us… Mik) after being designed by Peter Saville but it has sparked criticism by fans who question the timing. With confidence in the England team, set-up and manager at an all time low it does seem a little of a strange decision, but I guess new start and all that and the FA want to start on the right foot…

Is that also a couple of new players I see in the line-up…? Not seen those before… ;-)

So what do you think? As Brits we love to hate our national teams as soon as things go badly, isn’t it about time we got behind them and supported them to the full? They are talented, and they can win things on their day… Thoughts? 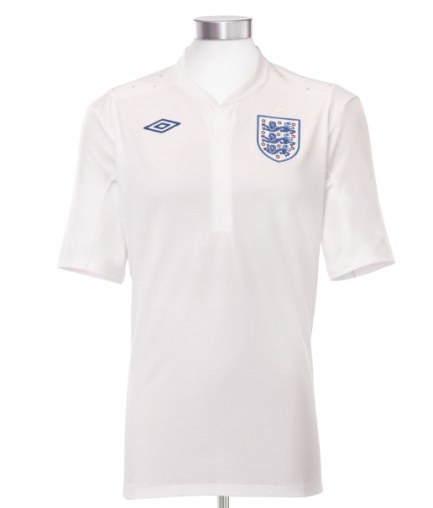 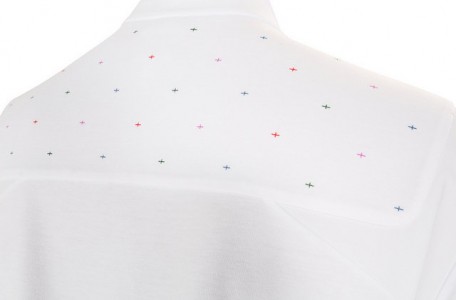