Not for the first time in his career, Neymar has been making plenty of headlines during the World Cup in Russia. He’s been accused of theatrics, yes, but Brazil’s No.10 has also scored some important goals over the last two weeks, setting up the Samba Boys for a Quarter Final against Belgium. And against Mexico, Neymar Jr gave his latest signature Nike boot a scoring debut. So we thought we’d take a closer look at the ‘Meu Jogo’ Mercurial Vapor 360.

Neymar surprised us in Samara on Monday when he wore a bespoke edition of the Nike ‘Meu Jogo’ Mercurial Vapor 360 for the game against Mexico – a boot he’ll now be wearing for the rest of World Cup in Russia. Translating to ‘My Game’, the special edition boot comes in a canary yellow colourway which fades into a graphic print on the lower half of the upper.

Built for speed on the Mercurial Vapor 360, the focus of Neymar’s new player edition is a diamond pattern on the boot’s heel, taken from the national flag, which radiates outwards in stripes of black and white: the home colours of Neymar’s first club. 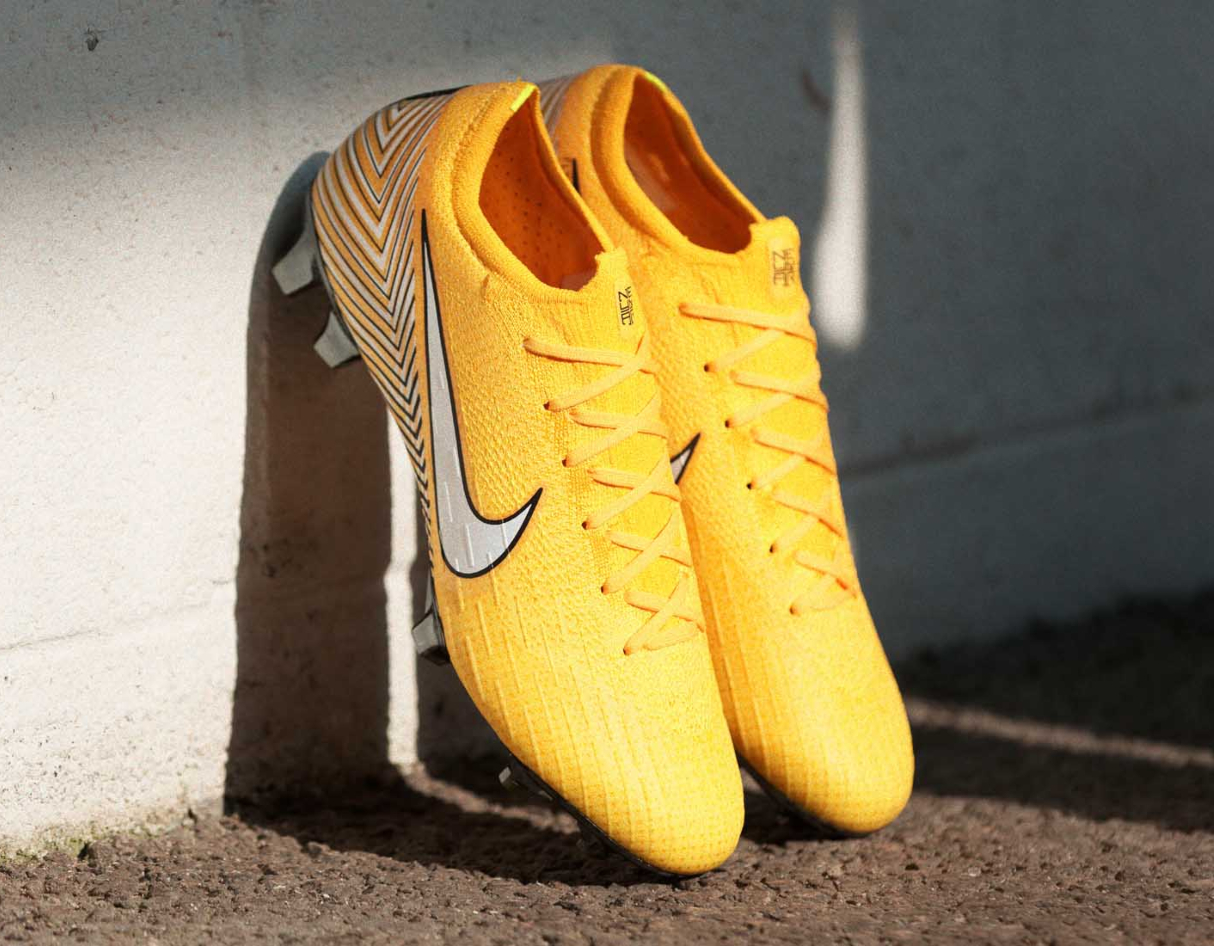 As well as echoing the famous home colour of Brazil, the ‘Meu Jogo’ references Neymar’s unique playing style. The words ‘Ousadia Algeria’ feature on the insoles of the boot, which translates to ‘daring’ and ‘joy’. Neymar’s logo can also be found on the tip of the tongue area, replacing the Vapor branding on the standard versions. 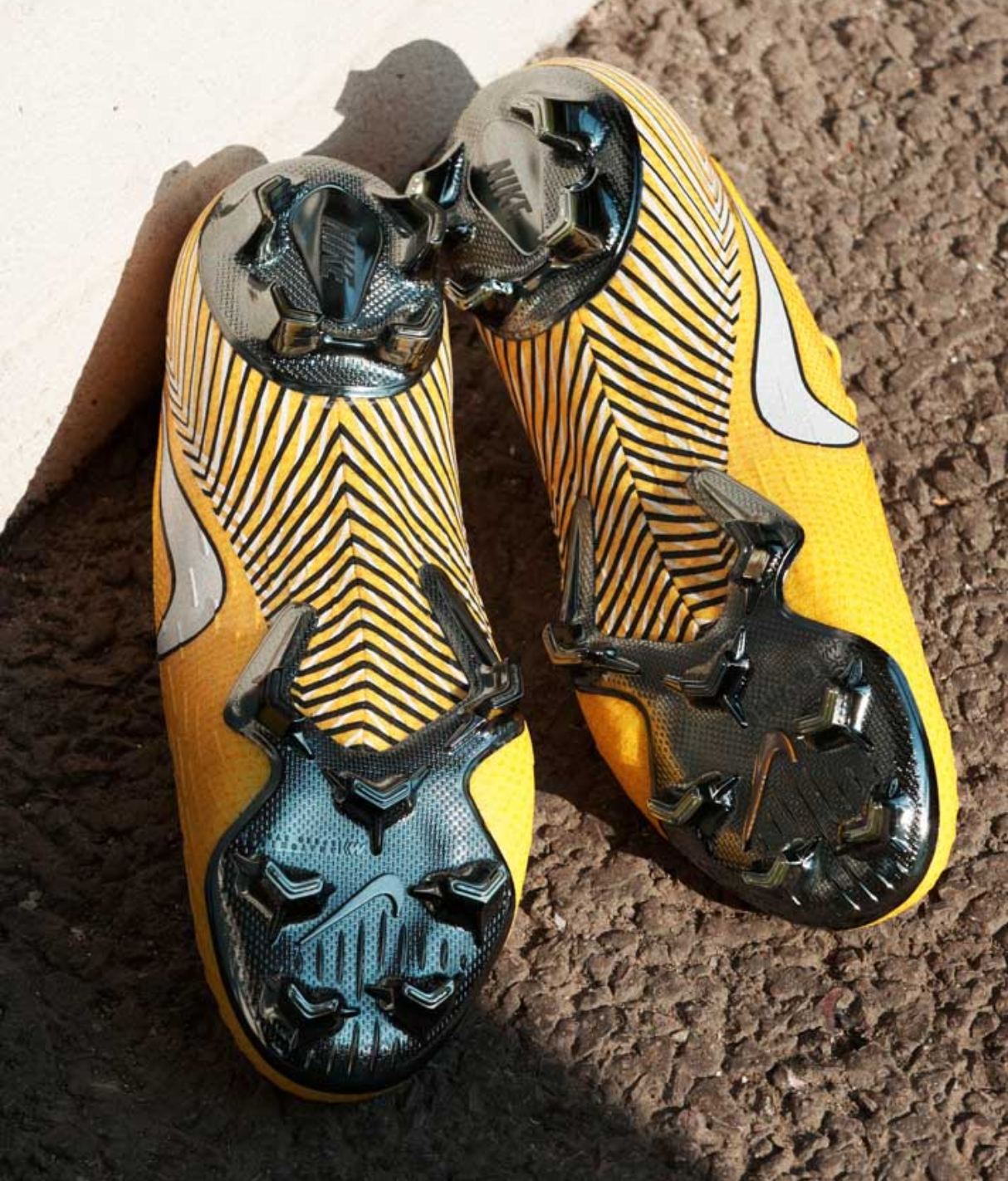 The one-piece upper wraps under the foot for an adaptive fit, while micro-textured Flyknit construction provides touch at high speeds. A podular plate system offers responsive traction and All Conditions Control (ACC) technology provides optimal ball control in both wet and dry conditions.

Neymar will once again wear the Nike ‘Meu Jogo’ Mercurial Vapor 360 on Friday 6th July when Brazil take on Belgium in Kazan for a place in the World Cup Semi Final. The boot is available to buy over at the Nike Website where it’s priced at £229.95. 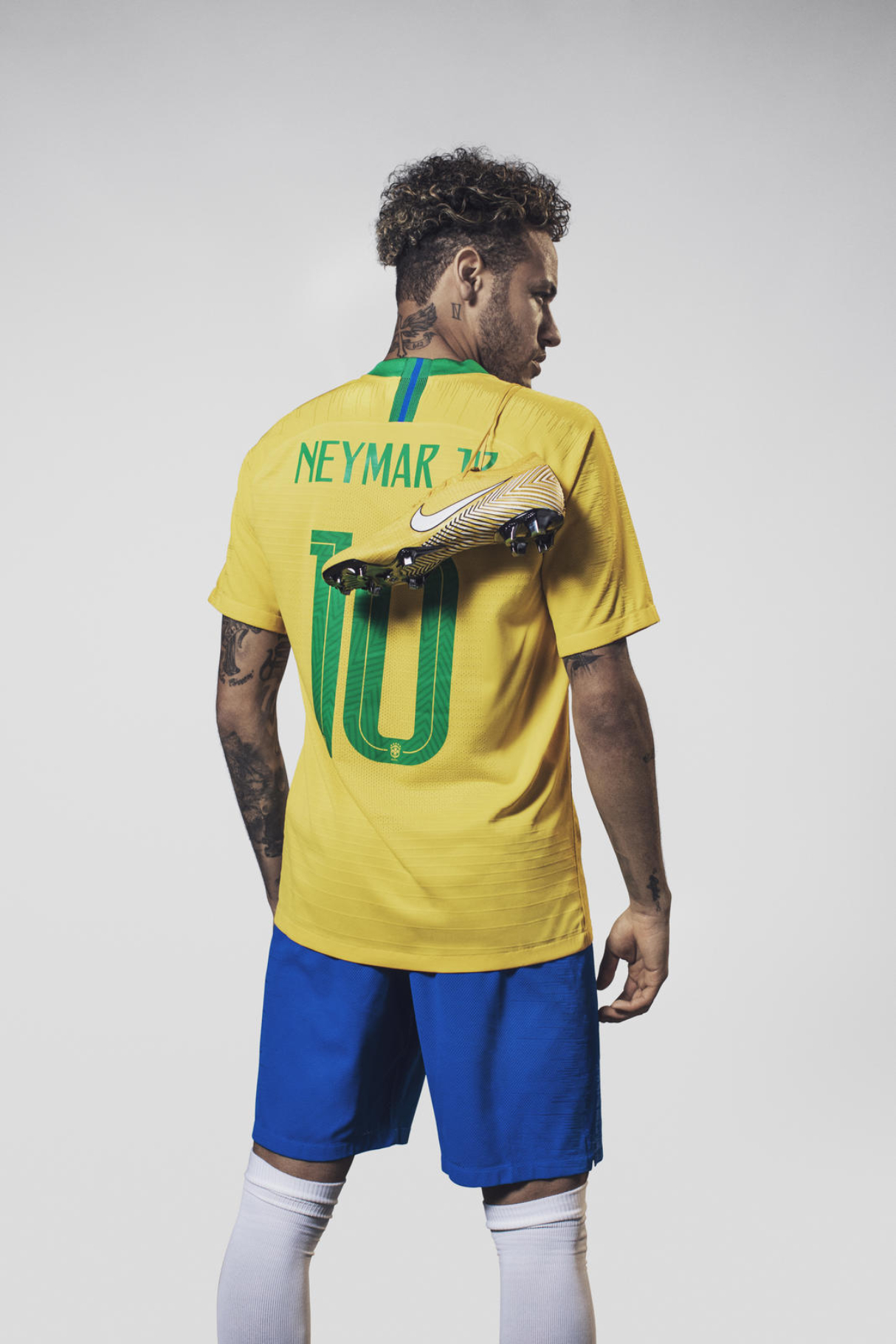 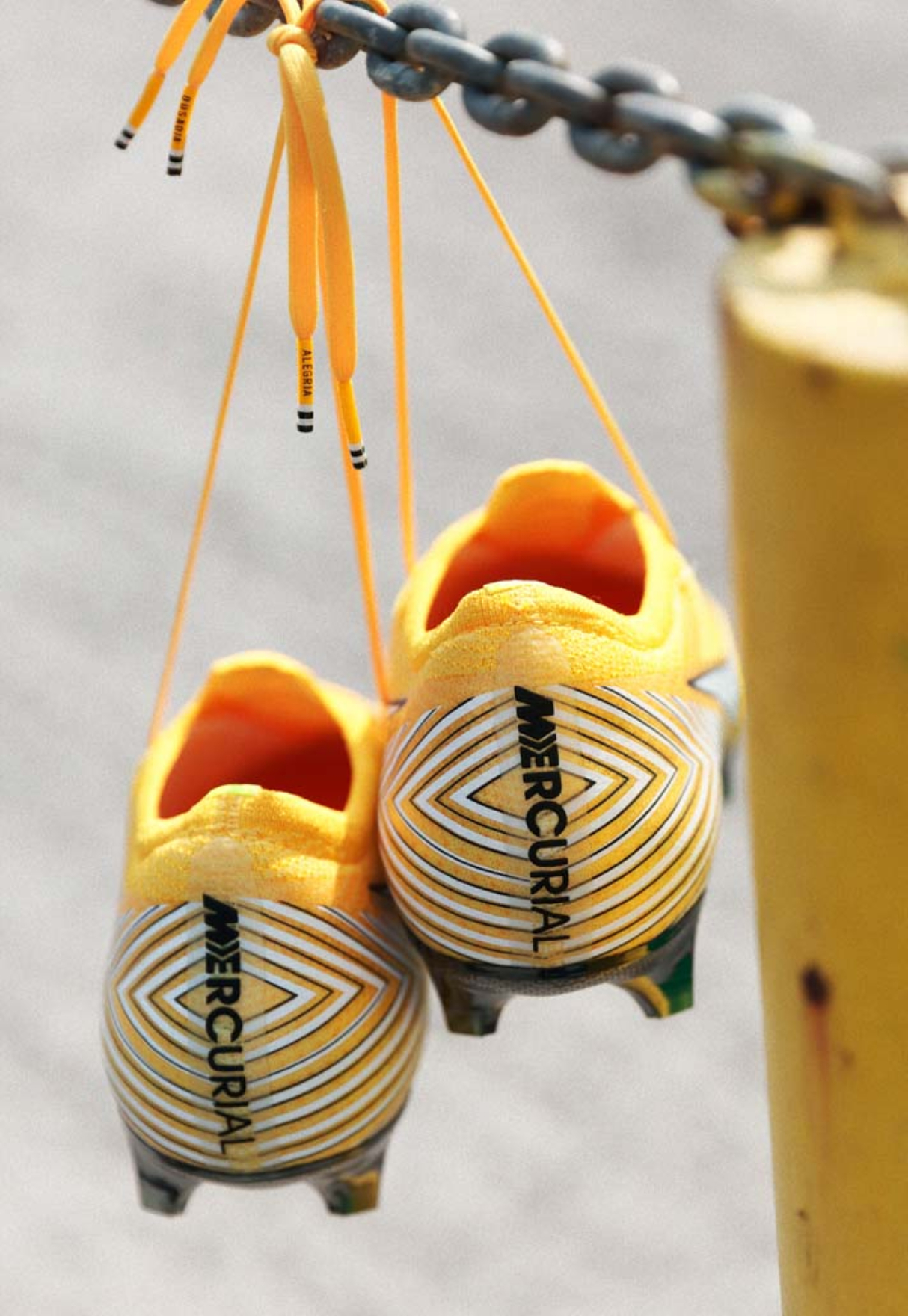