This Friday sees the return of the illustrious World Championship Shovel Races. The sport started as a way for ski lift operators to get down the mountain but has since turned into a full-throttle way of racing down the slopes where speeds can reach up to 60mph. Shovel racing was actually one of the events at the first ever X Games but was subsequently removed due to safety concerns – it’s not too hard to see why!

It’s a fairly insane concept but believe us when we tell you, it’s not the weirdest competition around – not by a long shot! So without further ado, here’s some of the planet’s oddest (and best) World Championships.

The Nakizumo Festival is an annual festival held at the Sensoji Temple in Tokyo. The main attraction of which is the legendary crying baby competition. Parents enter their infants who are handed to two friendly rookie Sumo wrestlers. The Sumo wrestlers do nothing but simply smile to get the babies crying.

The festival has been held annually since 1991 with around 100 babies participating each year. According to the shrine, the festival promotes the health of children, an idea based on the Japanese proverb ‘naku ko wa sodatsu’, which translates as ‘crying babies grow.’ There’s even a Gyoji (Sumo referee) on hand to make sure the contest is clean and fair! 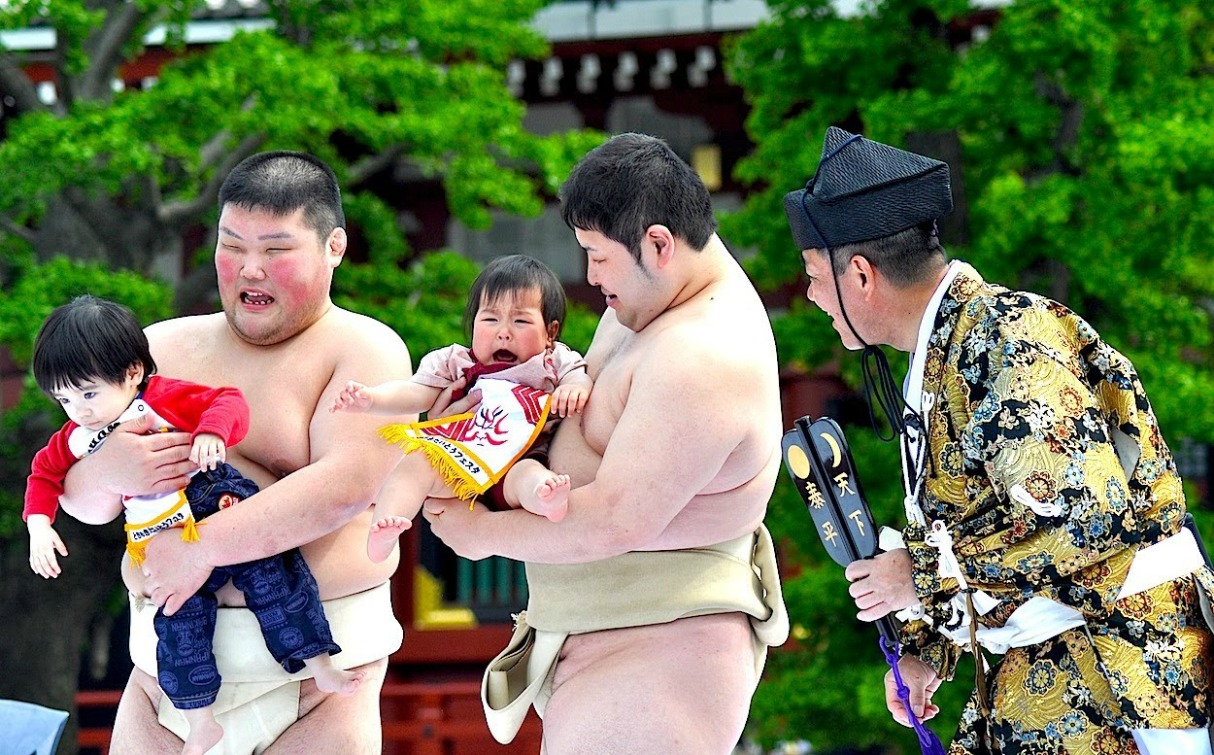 Traditional English country games feature heavily on our run down and the first of which is the Annual Worm Charming World Championships which are held at Willaston in Cheshire. Charmers get a small plot of soil and try to entice the most worms possible in a set amount of time.

The World Worm Charming Championships have been knocking about since 1980 and quite incredibly the record for most worms is held by a 10-year-old girl with a mammoth 567 worms collected. Contestants have been known to use all kinds of tricks to raise the wriggly creatures, including singing and even flute playing. 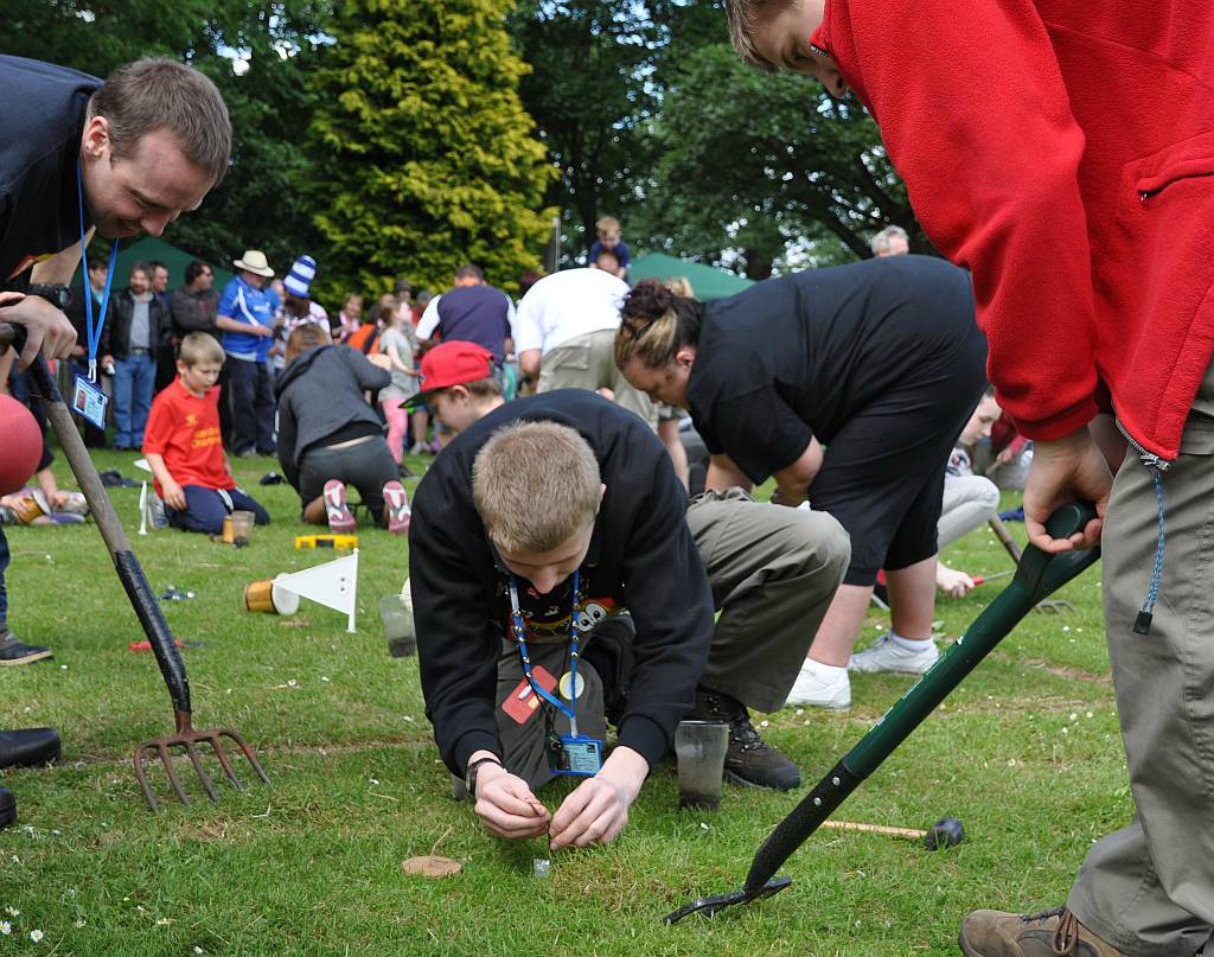 Another English rural tradition which has failed to die away is the World Gurning Championships. There’s a load of competitions around but by far the most popular is the Egremont Crab Fair in Cumbria, which dates all the way back to 1267 when King Henry III granted the fair a Royal Charter.

Contestants put a horse collar over their head and gurn away to their hearts content with the ugliest face being crowned the winner. Elderly participants with no teeth have been known to be particularly adept at the sport as they’re able to move the jaw further up. 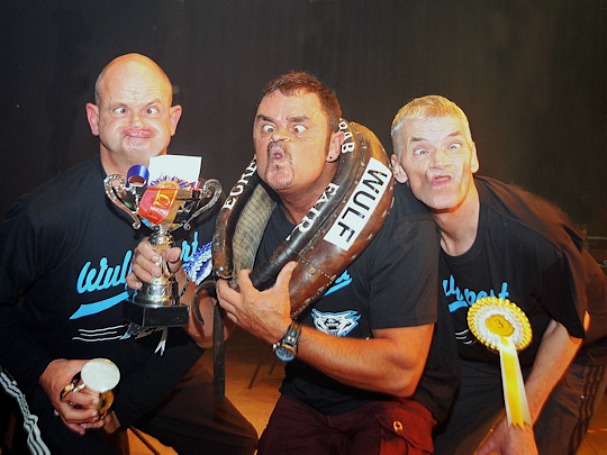 Country: England
Objective: Roll Down a Hill to Grab Cheese

While you’ll almost certainly have heard of it, you might not fully know the rules to the Cooper’s Hill Cheese-Rolling and Wake, otherwise known as the Gloucestershire Cheese Rolling Championships 2016. Yes, that’s the one where hundreds of madmen chuck themselves down a hill chasing after a wheel of cheese!

At the top of Cooper’s Hill just outside Gloucester, a 9 lb round of Double Gloucester cheese is rolled down the hill as Joes and Janes start racing after it. The first person over the finish line at the bottom wins said cheese. Speeds can reach up to 70 mph. 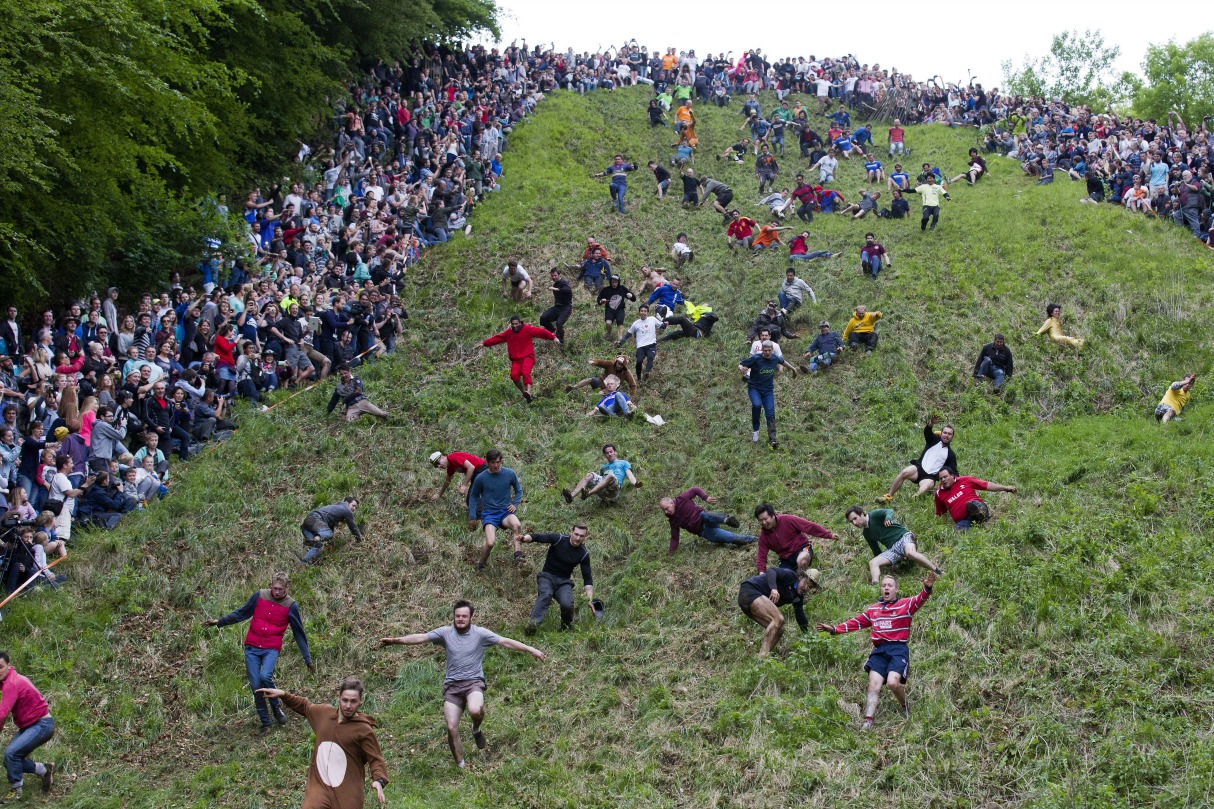 The annual Sonkajärvi Festival will take place in Finland later this year, with an annual chamber music festival as well as a load of other outdoor activities taking place, including othe World Wife Carrying Championships. Yes, male competitors race one another around a specially designed obstacle course, all the while carrying around their female companion.

The world championships in wife carrying have taken place in Sonkajärvi since 1992, and various techniques have been perfected through the years with some contestants opting for the classic fireman, while others go for the ‘Estonian-style’ where the wife hangs upside-down with her legs around the husband’s shoulders, holding onto his waist. The prize for the winner? Well, that depends on the wife’s weight in beer. Seriously.

Country: Finland
Objective: Rock Out On an Imaginary Guitar

Air guitar is something we’ve probably all done at one time of another but you might be surprised to learn that some folk take it far more seriously than we do on a wedding dancefloor. There are competitions held all over the world, but the annual Air Guitar World Championship Contest is easily the biggest.

Held since 1996, the best air guitarists from all corners of the globe gather in Oulu, Finland each year for a four-day festival which celebrates ‘the message of world peace’, as well as the joy of air guitar. We’re not sure we’ll ever understand the criteria for a winner! 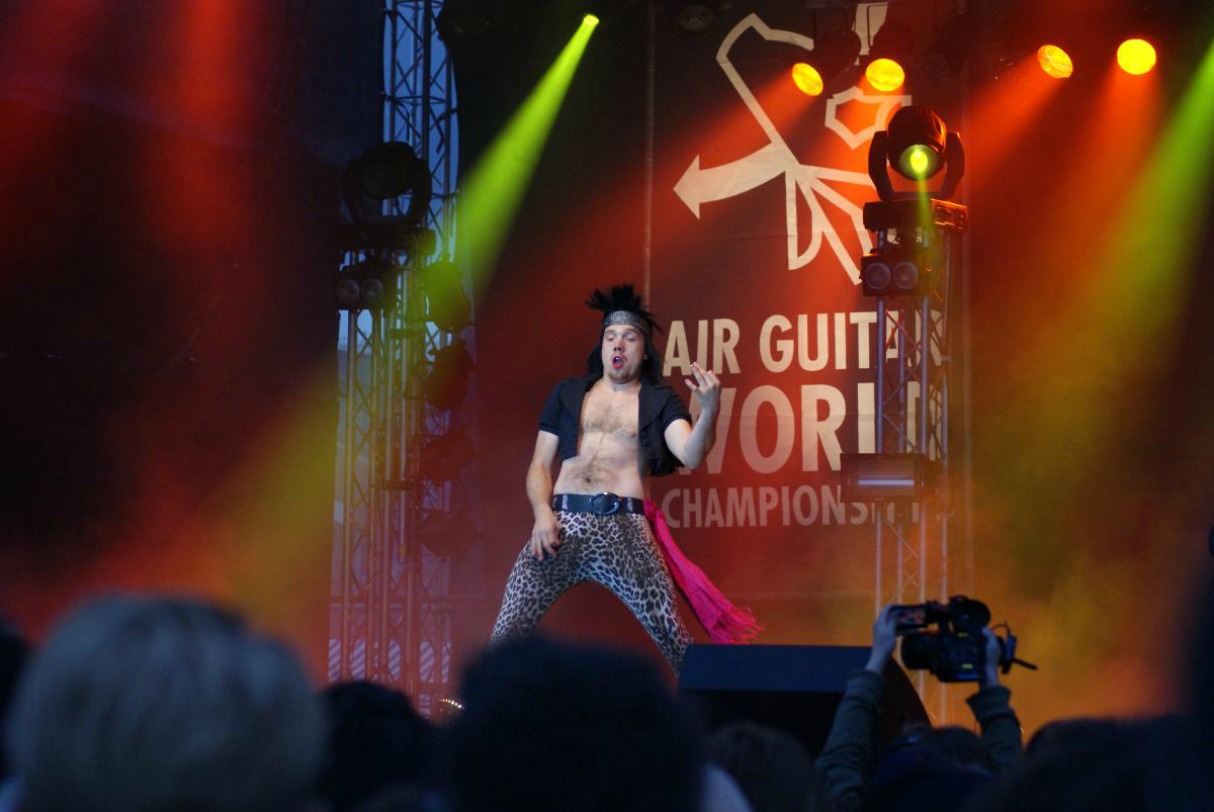 Country: USA
Objective: Have Sex Fully Clothed Without the Sex

If air guitar isn’t quite edgy enough for you, why not try out the illustrious act of Air Sex! Yes, believe it or not there is such thing as the Air Sex World Championships. The World Championships should more accurately be described as the National Championships for the US, but it’s not like this is the first time the Americans have made such an error.

The Air Sex World Championships quite self-explanatorily involve Joes and Janes performing sex acts on stage while fully clothed, with regional winners heading to one big final Air Sex bonanza held in New Orleans, where a World Champ will be crowned.

Indeed, there are World Championships where grown adults sit on the floor and wrestle with just their toes too! The noble art of toe-wrestling has actually been knocking around since the 70s and the World Championships are usually held at the picturesque Bentley Brook Inn in Derbyshire.

The objective of toe wrestling is for competitors to lock big toes and wrestle their opponent’s foot over onto the wooden area. Englishman Alan ‘Nasty’ Nash will take some beating, however. The local celeb has won the competition for the last 12 years! 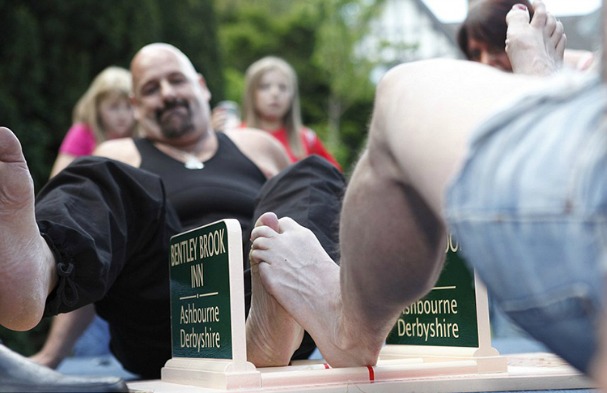 For more of the bizarre, check out the World’s Weirdest Museums!