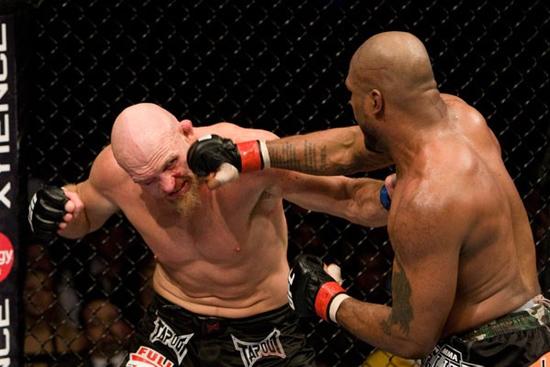 So UFC 96 is done a dusted and I’d like to start with a rant about Setanta!

When they bought the UFC rights I subscribed on freeview and I’ve had nothing but trouble since.cIf there card is on the west coast, Setanta 1 on freeview will normally close down at 5a.m during the co-main event or just before the main event which is annoying to say the least. I don’t know many people that want to watch all fights but the main event! Sunday morning they went one better and decided that Setanta 1 should show a reply of Lille Vs Lyon and UFC 96 should be on Setanta 2 which isn’t available on freeview. Thanks for that!

Onto the card and it seems as the only prediction I seemed to get right was that if Rampage won he would get a title shot and if Jardine won Machida would! That has also changed now which I’ll go into later.

It was a good card by all accounts with plenty of action, starting off with Gray Maynard against Jim Miller. Maynard used his wrestling to keep the fight standing and picked Miller apart, even when he was hopping about on one leg defending the takedown! With Miller not being able to take the fight to the ground, it seemed he ran out of ideas and Maynard got the decision comfortably. Not exactly exciting which the UFC loves but a good win all the same.

All other fights shown barring the main event didn’t make it out of the first round, Matt Hamill decided to show the evolution in his striking when facing Mark Munoz who was a more accomplished wrestler. Late in Round 1 releasing a vicious headkick after spotting Munoz dipping his head too much. That kick got the knockout of the night bonus and was well deserved (stu – disagree, that straight right by the spider was crazy!).

Tamdan McCrory and Kendall Grove both looked good in their first round GNP stoppages, Kendall really needs to ditch Tito’s celebration though I feel.

Matt Brown vs Pete Sell
contained the second piece of controversial refereeing of the night, the first being in the Shane Nelson vs Aaron Riley fight being stopped when Riley was clearing still intelligently defending himself.

Brown went right to it and caught Sell with a right hand, Sell went down and the ref seems to stop the fight before jumping out of the way and letting it continue. Sell Gets up and Brown is relentless in continuing his assault before Sell just basically falls to his side and the ref stops it. Credit to Brown as he was actually telling the ref to stop it because he didn’t want to hit a man that couldn’t defend himself.

Sell is a tough guy but that fight went on way too long and Yves Lavigne has admitted he was wrong since and apologised.

Carwin Vs Gonzaga certainly didn’t disappoint and it was looking like a quick win for Gonzaga. Carwin got caught and Gonzaga took him down, from there with Gonzaga on top he should have finished it. Credit to Carwin as he gets to his feet, exchanges and catches Gonzaga with short right hook which puts Gonzaga out.
Everyone now knows Carwin is for real and credit to him with the fact he got hurt early on. Gonzaga will be devastated by that loss but I’d like to see a rematch one day.

Onto the main event, Rampage vs Jardine. The first round went pretty much as I expected. Rampage however not looking his normal self.
Second round and Jardine is working his gameplan until Rampage catches him with a right hook, I had basically gotten into bed and fallen asleep thinking my prediction was right and the fight was over when Jardine recovered. I think Rampage was even more surprised than me and realised this may go the distance.
Rampage even went for a few takedowns which isn’t normally his game, adding to the fact he may have pondered having to win the decision. For some strange reason Rampage didn’t take any time when Jardine hit him with a groin shot and a few seconds later he seemed dazed, that was a bad move that could have cost him the fight.
Third round was pretty much the same and Rampage again got a takedown. Jardine tried but didn’t have any luck and Rampage finished the round strong with another knockdown.

It didn’t seem to me as though Rampage turned up at all, he just didn’t look right and commented after the fight that he was overtrained.

There is no doubt in my mind that Rampage won the fight, Jardine did nothing in my opinion except land a few leg kicks. Forest did the same and won but only because he also mixed in some takedowns. Jardine must be pretty pissed as the Rampage on saturday night was one he might have actually been able to beat.
Rampage took the decision and then Rashad came into the octagon for some good old WWE smack talk. The best thing was that Joe Rogan was standing there and actually held up the microphone.

It was announced during the card that Frank Mir had been injured and his bout with Brock Lesnar had been moved until UFC 100. This left UFC 98 without a main event and it was announced that if Rampage won he would get the shot and if Jardine won Machida would take it.

Watch Dana’s blog after the event it seems that Rampage didn’t actually know and didn’t seem that keen on fighting so quickly.

It has now been set that Rampage won’t take the fight because of a Jaw injury which hasn’t healed and wanting a bit of time off. He also said that he felt overtrained for Jardine and needed to help out Bisping for his upcoming fight with Henderson.
Machida steps in to take the fight against Rashad with Rampage facing the victor.

I don’t know about you but Rashad & Machida has the possibility of being a really boring fight, both being predominantly counter punchers and Rashad’s wrestling preventing Machida taking him down. We shall see though! (stu – agree they are both gameplan masters and rely on the other person coming forward and attacking, split decision with neither of them touching each other perhaps lol?!)

Rampage vs Jardine had Rashad as a guest commentator which seemed a bit off to me as he was always going to be biased towards his teammate Jardine. However this could prove to be a blessing in disguise for Rampage if he fights Rashad and watches the playback.

Rashad commented on what he thinks Rampage’s weaknesses are and what Jardine worked on/planned for the fight. You’ve got to expect Rashad’s camp to take the same view so could be an edge for Rampage.

All in all I think it was a good card with some exciting fights even though I watched it on a crappy stream!

Brandon Vera also got back on track with a TKO via leg kicks (stu – yep Vera back to his best) , the full results were :

Check me out for whats coming up in MMA world in he next few days.

If you like UFC, don’t forget to check out our UFC Girls.