Avoiding gimmicks and cheap design tricks, Creative has always relied on what it knows best: delivering quality sound. We got our hands on the Creative Sound Blaster Roar Bluetooth Speaker to put it through its paces and see whether it does as the name suggests, and delivers crisp roaring sounds.

It’s fair to say that the Roar is minimalist in its look. But we don’t want you thinking that’s a bad thing. We love its clean lines and all-over mesh. This is elegance and while this won’t be a centrepiece to your room – it blends in seamlessly and is perfectly sized to fit almost anywhere, measuring in at 20cm across, 11.5cm deep and 5.6cm tall

More importantly than its aesthetic, the Sound Blaster Roar is built to last with a sturdy metallic build. The metal component is dominated by the mesh grill which meets an easy-to-grip silicone section containing the main button controls on top, while to the rear plays house to the inputs and outputs as well as some additional controls that offer playback options. We’re not sure you’ll use them, but they work just fine if you do.

We imagine you’ll predominantly use the Bluetooth connection, which works perfectly, but it does also work via NFC too and is aptX compatible for the highest sound quality. There’s also a 3.5mm AUX in, microUSB port and even a microSD slot, if you’re that way inclined. 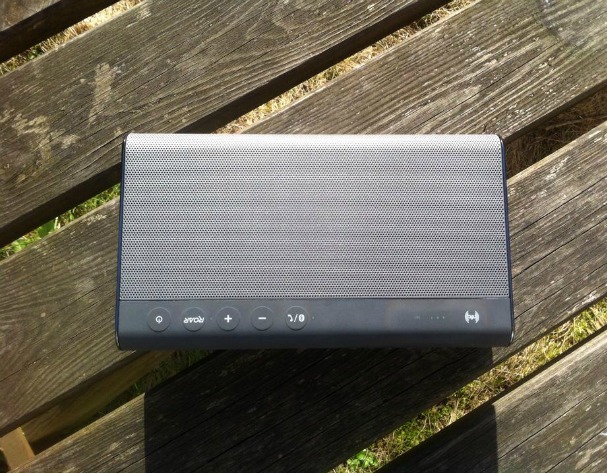 While it looks good and is designed to a high quality – this doesn’t matter one iota if it doesn’t sound great. Typically, we’ve found small speakers can seriously lack some bass. But this isn’t the case with the Creative Sound Blaster Roar. It rumbled along and delivered a boom that genuinely surprised us. While it’s never going to deliver the level of bass you’ll find on some of its bigger cousins, given the size, this is impressive. The sound output is balanced and doesn’t distort or vibrate so the quality stays clean.

But can the Sound Blaster roar? You bet it can. If you want it to be, this little cat is very, very loud. The volume controls operate independently from other devices, which means you can volume up on the Roar and add some extra decibels via your smartphone.

The only possible issue we could find was that the speaker doesn’t have a 360-degree output. Therefore you might have to think about where to place it. I.E. slightly raised and in the corner of the room facing out. 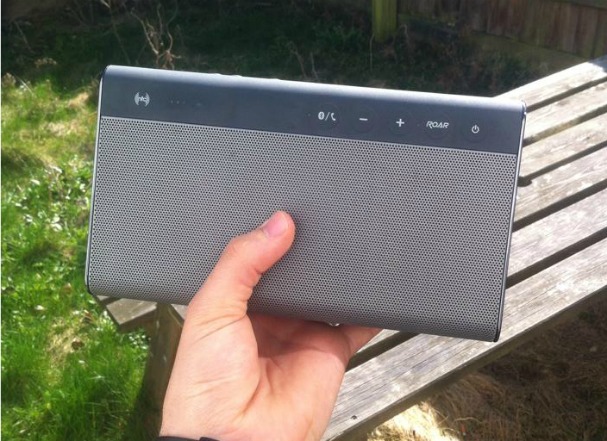 With 8 hours of battery-life, the Sound Blaster Roar is made to be portable. We found the battery a little less than that but we were playing it loud! Either way, the battery was impressive. It’s not all that light as small speaker being metallic but we think it’s a fair trade off given then quality of build. Also, given its size, it isn’t difficult to move around by any means.

The Bluetooth range wasn’t an issue but only works as far as eyesight. It should also be noted that the Roar isn’t water-proof. So while it’s perfect in terms of durability, sound and size for festivals, it’s worth thinking about giving it an umbrella! It also handily comes with international adaptors for the traveller Joes out there. 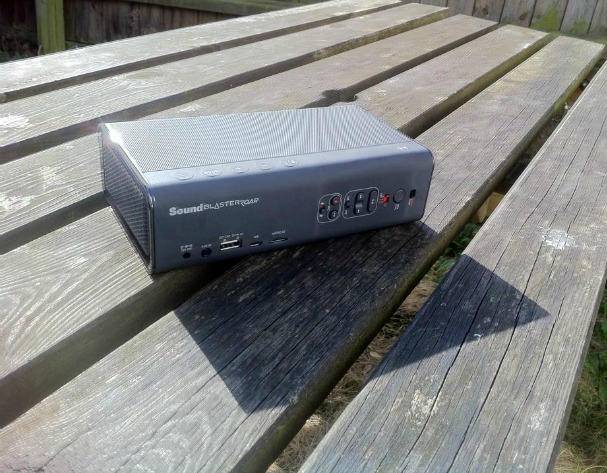 If you’re in the market for portable speaker – we recommend you look no further than Creative. The Sound Blaster Roar is sturdy, has a decent battery life and, most importantly, possesses expert sound that we’re certain will outdo most rivals. Particularly with its bass, which is stunning for a speaker of this size.

Yes, it might be a little heavy but we’d rather that than a poorly designed build. The extras are also a little pointless but we’re not in the game for them anyway. You can grab a Sound Blaster Roar for around £130, and compared to everything else on the market, we think that’s a steal! 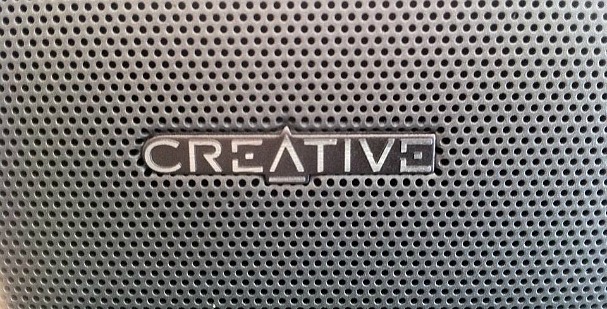