Back at the start of last year, Google announced that they had been working on a smart contact lens which is designed to measure glucose levels in Joes with diabetes. 2019 was the aim for this technology to be mastered, but it appears as though it could be here far sooner than we expected with the news that a new patent application for packaging designs has been applied for.

We first heard of Google’s smart contact lens last January, when it was announced by the Google X research lab. With the device aimed at sufferers of diabetics, the lens itself consists of a wireless chip and a miniaturized glucose sensor.

A tiny pinhole in the lens allows for tear fluid to seep into the sensor to measure blood sugar levels. The obvious benefit for Joes with diabetes is that it saves them from having to draw blood to get a blood-sugar reading, making life a whole lot easier. 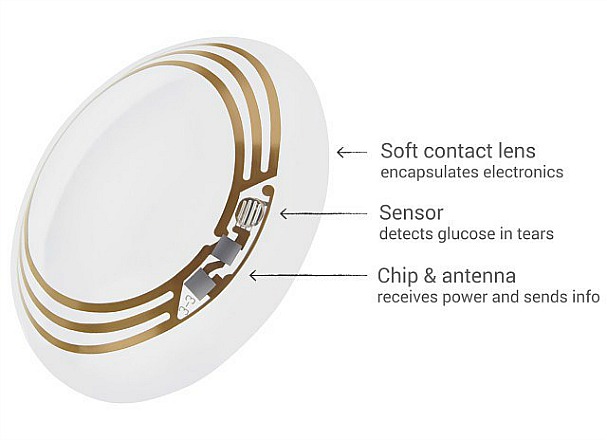 Both of the sensors in the Google contact lens are embedded between two soft layers of lens material. The electronics lie outside of both the pupil and the iris so there’s no damage to the eye. There is a wireless antenna inside the contact which will act as a controller to communicate information to the wireless device. The antenna will gather, read, and analyse all the data on the spot.

Just over a year has passed and despite the initial five year projection, a patent application has surfaced with various packaging designs for the device. This sort of stuff tends not to happen until a product is almost ready to hit the market and would suggest that the project is way ahead of schedule.

There’s talk that Google has been in talks with the US Food and Drug Administration about possibly testing the smart contact lens too, and it’s also already been granted 44 patents and is waiting on another 53 more. So while it could still a long time off, the evidence is stacking up to suggest otherwise. We’ll keep you updated! 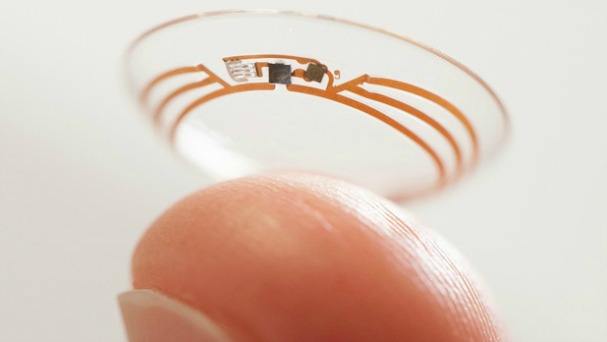