The Holus tabletop holographic platform might be the first real look into your domestic future. Put simply, the Holus converts any digital content from a computer, tablet or smartphone into a 3D hologram. In essence, whether it’s a board game, DNA structure or the solar system, your content comes alive. Sounds impressive? We think so too!

Holus can be used however you want it – as a family entertainment system, a business tool or for developers to create their own holographic applications. However you choose to use it, Holus provides a natural and intuitive way of engaging with information. With the Holus, you can view your content from four different angles and interact with it in ways that have never been possible.

Not sticking to solely the domestic market, there are two versions of Holus available – a Home edition with two smart phone charging docks and then there’s the Holus Pro, which includes an HDMI port and SDK tool so that developers can unleash a world of new possibilities. 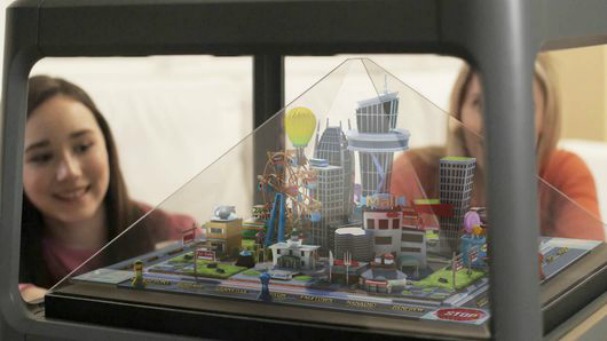 According to the makers, Holus’ enhanced interaction will promote memory retention and also health by encouraging users to move around and can also predict a user’s position through motion tracking.

Holus say that unlike other entertainment and wearable systems that tend to isolate people, Holus aims to create what they are calling a ‘social campfire’ experience that brings people together without having them miss out on real life moments. We’re not so sure we won’t just be sitting on a chair staring into the holographic abyss, but we like the sentiment!

It’s apparently easy to set up too. As soon as you acquire your Holus, unbox, plug in and download your choice of apps from the Google Play & Apple Stores. Sounds simple and we the amount of apps available will surely only expand day by day.

It’s hard to know where the Holus will find its place as the possibilities are endless and there’s nothing else like it on the market. But it’s clear they want one in your home with the ability to enjoy playing games on Holus face-to-face with friends and family. 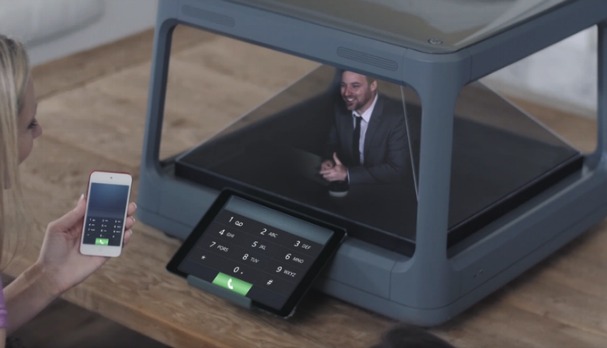 While gaming will probably wear off after the novelty passes, the capability of the Holus to perform holographic teleconferencing is something we reckon might have some serious legs. Although we do hope they make the design a little less chunky in future versions…

Whatever happens in the long run, the Holus does feel like the start of something. And with the Holus Pro geared up for developers, they clearly think so too. You can get a Holus Home for $850 (£550) or for $950 (£615) you can grab the Holus Pro. With shipping due in March 2016, check out more details at their Kickstarter Website. 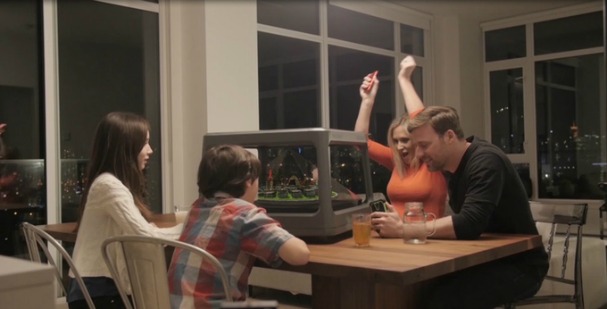