Robots are going to take over. And the latest job their nicking off us poor humans is bartending. Yes, Italian architect Carlo Ratti and his Makr Shakr company have just launched a new robotic cocktail maker, which it claims it make “any drink in seconds.”

It’s called the Nino Robotic Bartender and the updated version of Makr Shakr’s already existing Bionic Bar has the capacity to mix an infinite variety of cocktails from up to 170 bottles of different spirits which are stored in its overhead rack.

To order your drink, all customers need to do is place orders over the Makr Shakr smartphone app, where they can either pick a recipe created by a professional mixologist, or devise their very own concoction if they want something a bit niche. 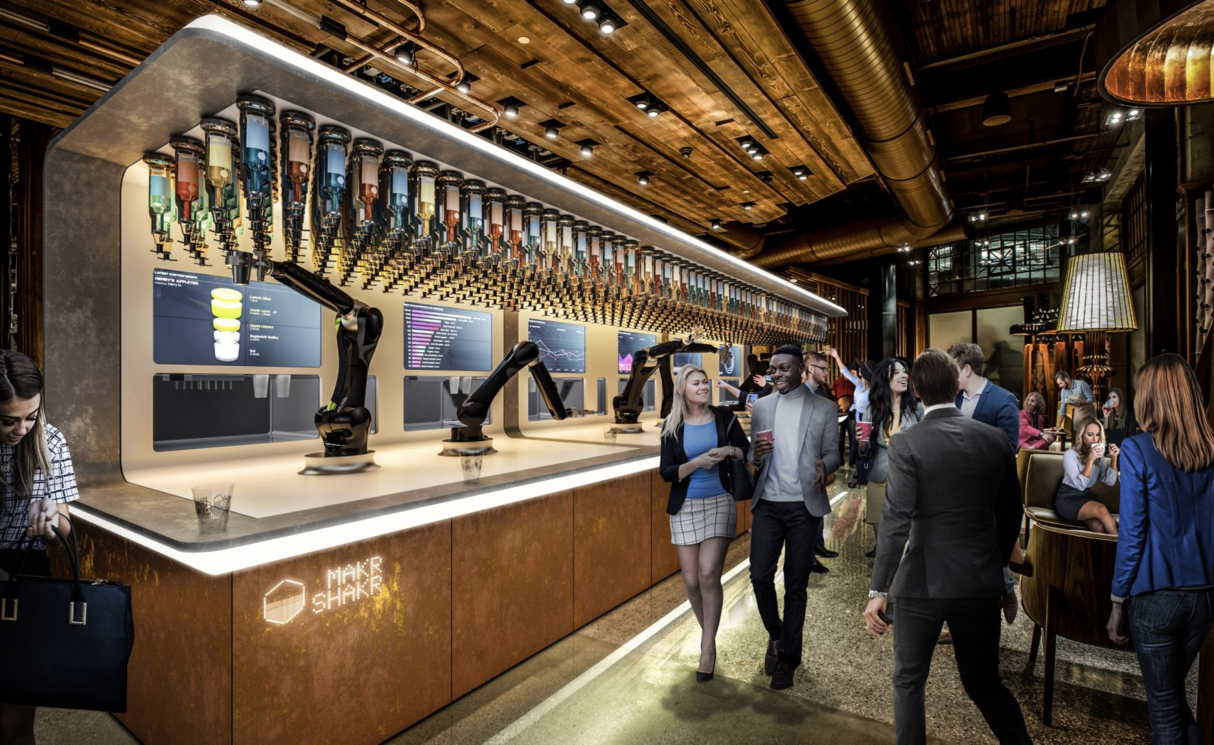 The Nino Robotic system utilises two robotic arms — one for the complex tasks of shaking, stirring and muddling, and a second for pouring and serving. It may look like a robot commonly seen in industry warehouses, but Ratti modelled the Nino on the movements of Italian choreographer Marco Pelle, which were filmed and then programmed.

Makr Shakr has already installed five units of its previous models on Royal Caribbean cruise ships, and naturally you can also find one on the Las Vegas strip. The company says that these units have so far made more than 1 million drinks, sometimes serving as many as 800 cocktails per night. Head over to the Makr Shakr Website to find out more. 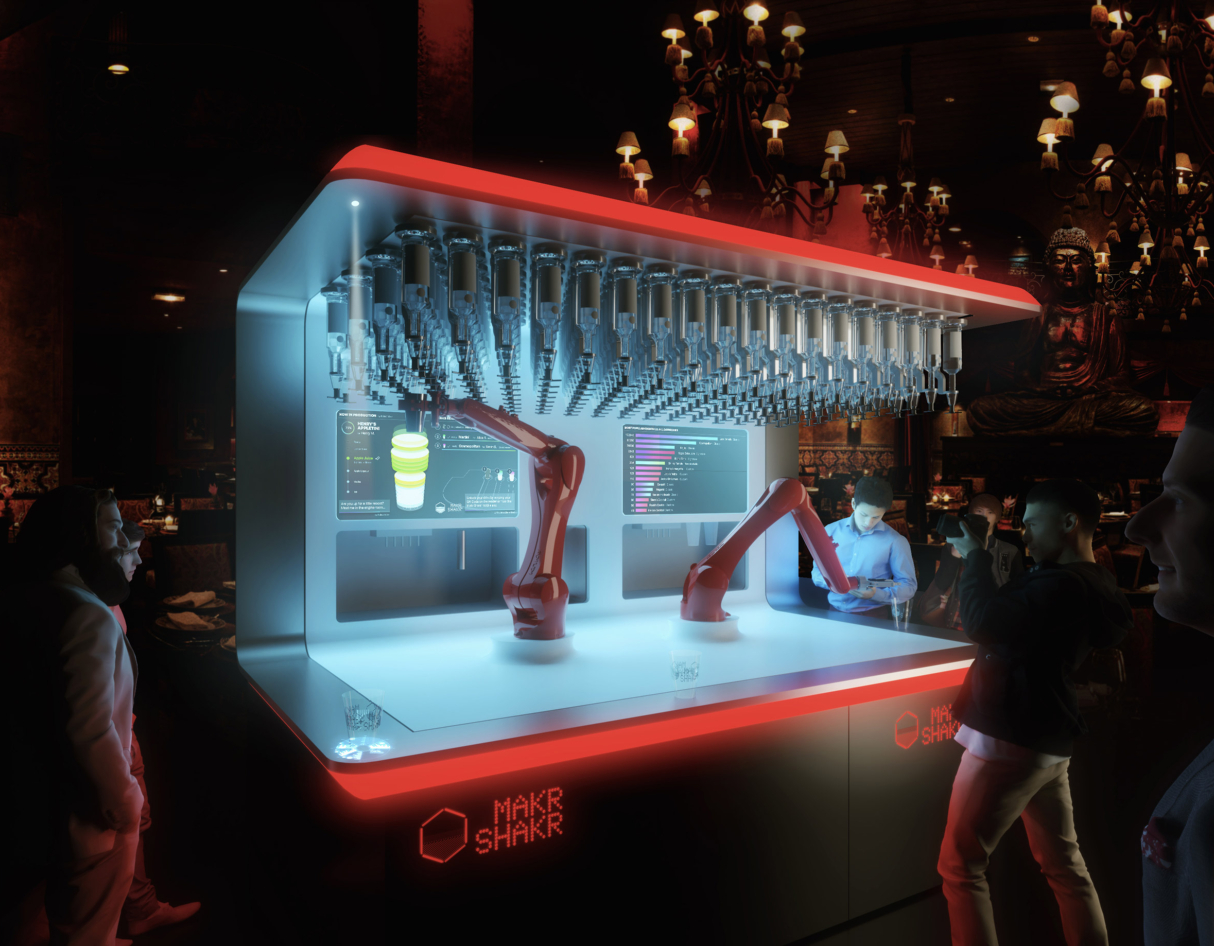 If you’re a strictly caffeine drinker, first opened in Hong Kong, Cafe X uses robotics instead of baristas. The robot-operated coffee system has been such a success in Hong Kong that it’s just made its way over to San Francisco in the US.