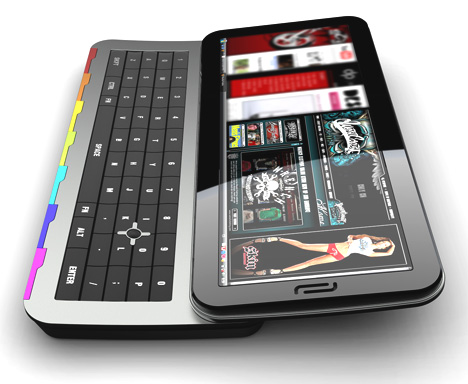 Ok so this is purely fantasy but imagine if this did go into production! The guy (?) over at yankodesign is looking for a new mobile, so he got a designer to mock something special up for him and this is the end product.
Whole thing quoted from yanko below;

‘Everyone who knows me knows that I’m on the lookout for a new mobile phone. Now before you try convincing me about the Apple Pie, I’ve decided to humor one of my designer pals (perks of being at YD) to come up with something special for me. He’s kitsch-ed up this awesome looking piece which he calls the MID. It’s a mobile internet device specially designed for internet browsing from anywhere. Ah the blogger in me is impressed!

Besides this special quality, he’s also thrown is a couple of cool features. For instance the 47 buttons QWERTY keyboard looks divine and its configuration is quite customizable. The compact size of 180×80x20mm is neat and allows it to host an ultra wide LCD touchscreen. The phone even boasts of OLED technology. The trackball makes navigation even simpler however the 7 completely configurable action buttons (accessible when phone is closed and opened) adds awesome goodness to the package. Two USB slots, microphone and audio input, SD card reader, stereo speakers, docking connector and sexy sliding good looks are the other proposed features.

I know some of you must be thinking it’s easy to conjure up specks on a concept design, but tell me honestly, if something like this were to come alive wouldn’t you pick it up?
I know I would! 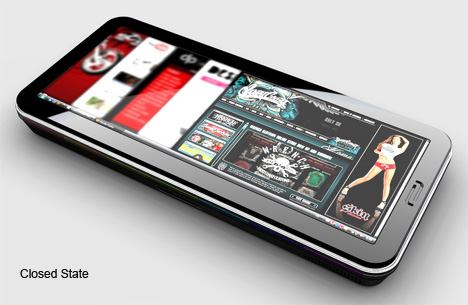 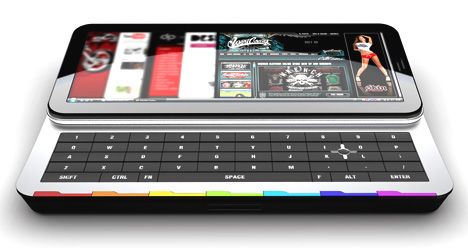