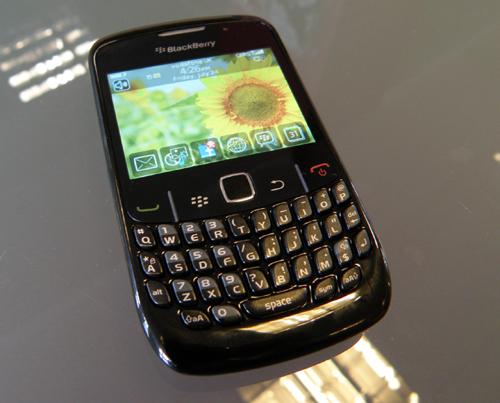 BlackBerry have announced details of the new Curve, the 8520. Aimed at first time smartphone buyers, expect this phone to be affordable and pushed hard at markets who have not embraced the famous BBness!

Improvements are everywhere it seems, although keeping in line with the traditional size and shape, expect the new Curve to be media friendly with the addition of three new multimedia buttons on the top of the device, allowing for quick and easy control of music playback.

You will also find the much touted new optical trackpad, instead of the old ‘nipple’ arrangement. This should give us faster scrolling though web pages, emails and documents allowing for “an experience similar to the trackpad on a laptop” according to RIM.

Expect (or not) battery life with 17 days of standby time and just over 4 hours talktime. You will also get;

Given the touted price of free on most UK networks with just a £25 a month contract, that’s a hell of alot of bang for your buck!