After a couple of years of rumours and online speculation, late last week Nintendo finally lifted the lid on its new console, the Nintendo Switch. While it was only a teaser-ish announcement, the Japanese giants did actually let a fair few things known. So to save you the trouble, here’s five things you need to know so far about the Nintendo Switch!

The first thing you’ll notice about the Nintendo Switch is naturally the in-built screen which comes on the console itself. No specific technical specs have announced yet, but we do know it’s 7-inches in size and we’re pretty certain it’ll be ultra hi-def – though we’ll have to wait for confirmation. It also seems as though Nintendo have abandoned touchscreen technology as nobody in the teaser touches the screen.

We also know that the controllers are called ‘Joy-Cons’ and there’ll be using them as modular pieces. I.E. they can be attached and detached. As well as being able to slide onto the portable tablet, they can also be attached to the ‘Joy-Con Grip’ when gaming on a bigger screen – we’ll get to that in a second! Traditional Pro controllers will also be available separately for Joes who like to gaming with a more classic system.

As we already had kind of guessed, probably the most exciting thing about the Nintendo Switch is that the new console will work both as a home console and a portable hand-held. When on the move, the Switch can be held with its side Joy-Cons attached; and when at home the tablet connects to the accompanying ‘Switch Dock’, which in turn is plugged into your TV. The Joy-Cons can then be detached from the side of the tablet for freer movement.

The screen also comes complete with a kickstand, so if you haven’t got a TV with you, you can still use still use the screen on the Switch and take off the Joy-Cons. We’re pretty sure the portable tablet unit is also where the memory is stored, so in theory all you’re saved gaming data won’t be lost when on the move. 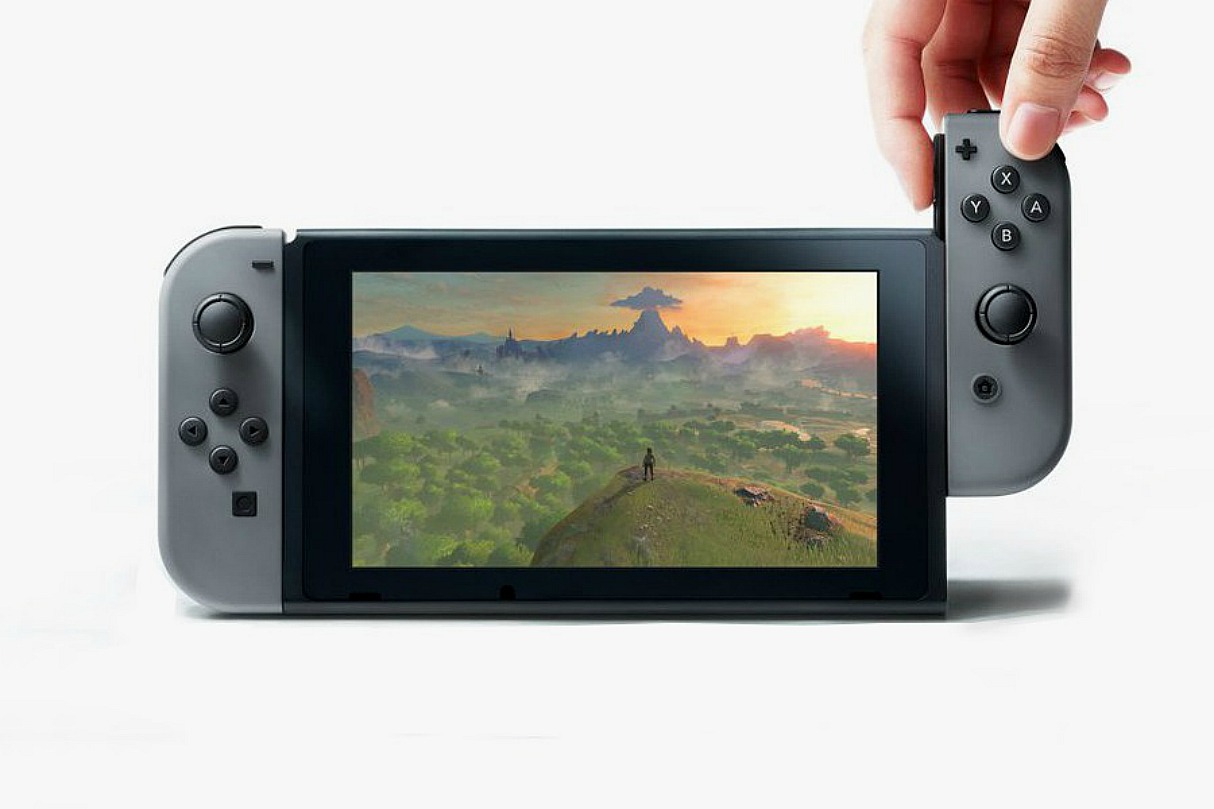 3) The Switch Will Use Physical Cartridges

While modern gamers may find carrying cartridges a pain, we’re old school and were pleased to see Nintendo is keeping some things sacred. Just like the 3DS, the Gameboy and the N64, the Nintendo Switch will be using SD Card-sized cartridges to play its games.

It also look as though the Switch will support modular multiplayer play in a whole bunch of various form. Firstly, multiple consoles can be brought together for competitive party play; you’ll also be able to just split the Joy-Cons and share gaming; and, as mentioned, the consoles can also be mounted for portable, play-on-the-go functionality. 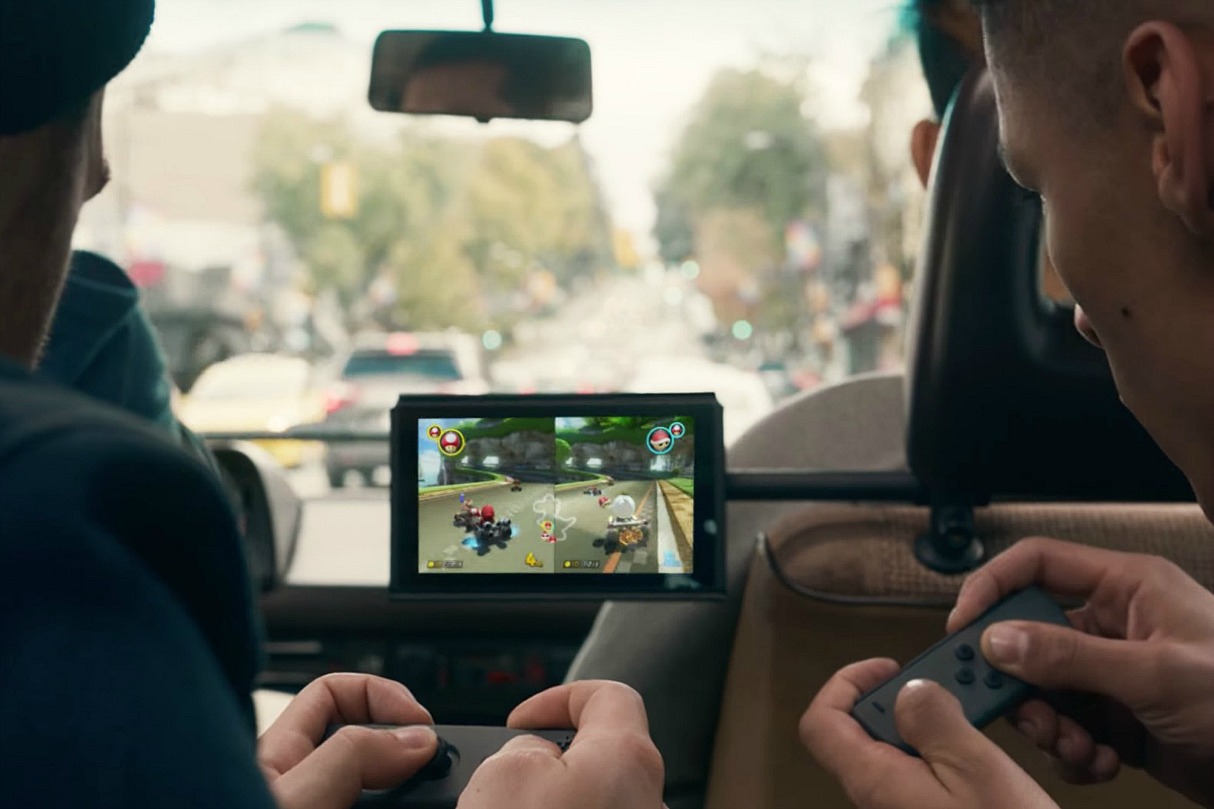 4) You’ll Be Gaming With All Your Nintendo Favourites

It just wouldn’t be cricket for Nintendo to release a new console without its all-star squad accompanying it, and thankfully some of the big boys feature in the release trailer. The likes Super Mario, Mario Kart 8 and Splatoon all appear, while third-party games like The Legend of Zelda, NBA 2K17, and Skyrim have all been previously announced too.

5) The Nintendo Switch Will Be Released in March 2017

The Nintendo Switch will be released globally in March 2017. There’s no current word on price yet, however. 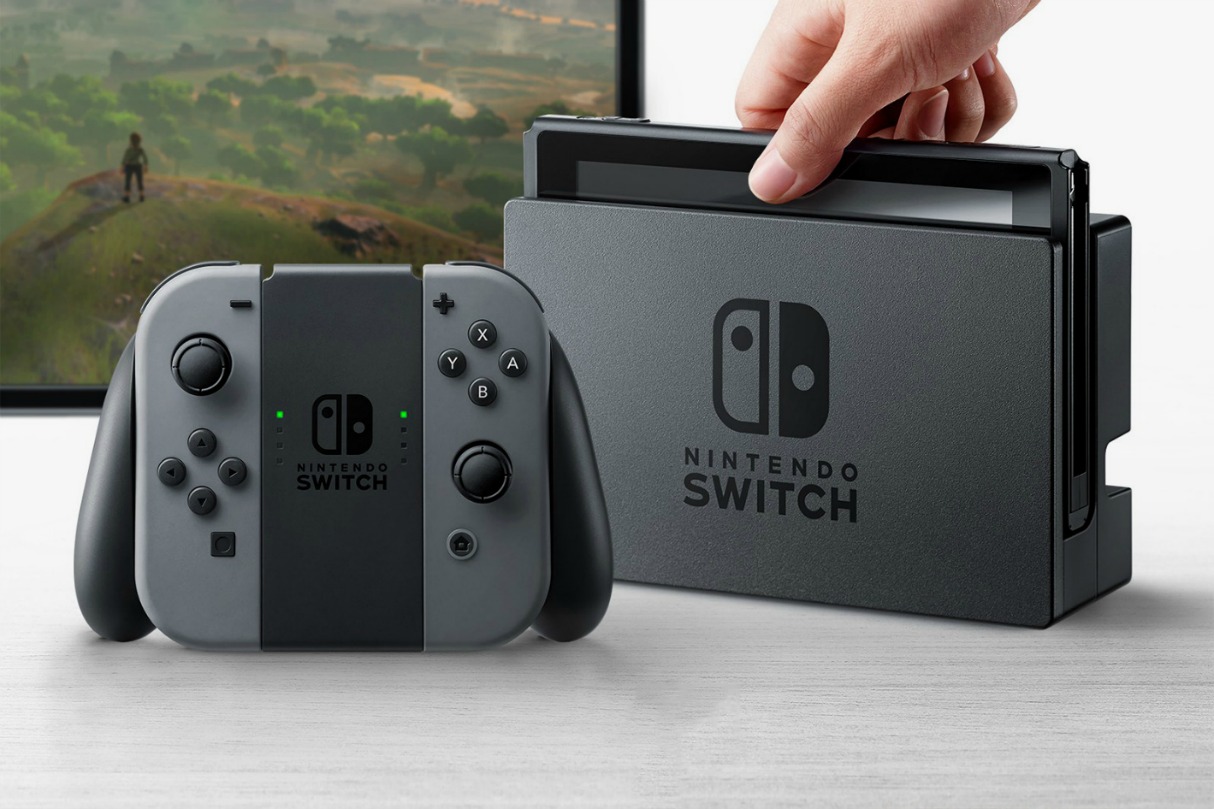