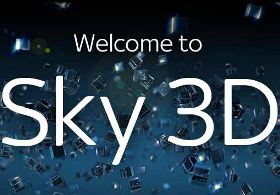 Sky have announced that they shall be launching their 3D channel on the 1 October. It will start with amazing 3D coverage of the 2010 Ryder Cup from Celtic Manor in Wales. People with a SKY+HD box and a 3D TV will be able to view the channel, and there will be no charge if you already have an HD subscription.

You can expect coverage from the Premier League with selected games in 3D as well as films such as Monsters vs. Aliens and Alice In Wonderland. The channel follows the trials in over 1,500 pubs across the UK during the past 9 months.

With the costs of 3D TV’s still quite high, I can’t see many people will be signed up from day 1, but will you? Let us know below.