Even if you never really played them as a kid/hugely immature adult, we think we can all agree that every home would benefit from having a permanent retro arcade system placed on a wall. Well, now is your chance with the future in home arcades – take a look at the awesome Polycade!

For us, the arcade is the ultimate gaming experience but classic arcades do come with some problems. Firstly, they usually only play a single game, which means we all get bored quickly. They’re also incredible heavy and take up a lot of space. But the Polycade solves all of these problems with an elegant, minimalistic arcade that plays up to 90 games!

The Polycade comes with a 4-directional joystick for classic titles, as well as two 8-directional joysticks for multiplayer. It’s a third of the size of a standard arcade machine and is also fixed to your wall so it should look pretty great in any contemporary office or home! 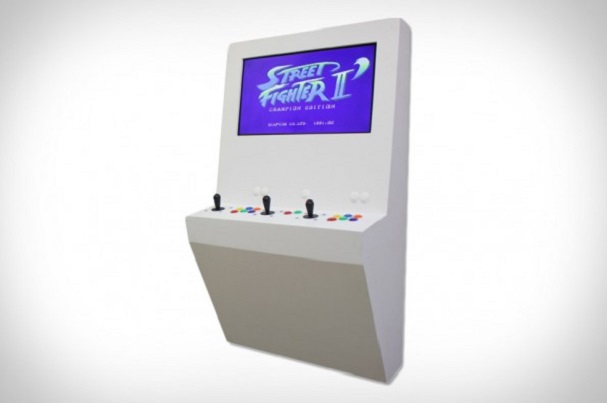 The Polycade ships with over 90 classic games, including Pac-Man, Street Fighter II, Asteroids, Centipede, Sonic the Hedgehog, Virtual Fighter and Dig Dug. At least enough to make us geeks weak at the knees! It also comes with pretty much whichever control configuration you like too.

It’s designed and built by one of Nolan Bushnell’s children, the founder of Atari, so it’s got pedigree behind it! The Polycade is constructed out of simple components which means it’s easier to customise, repair and change parts than regular arcades.

The Polycade is being funded on Kickstarter where the retro arcade has already smashed through its target with just under 10 days to go. You can get hold of your very own home arcade in a choice of Blue, Red, White, Black, Orange or Brown from around £1025 ($1550) – certainly not cheap but these things never are. Not to forget you’re getting over 90 games!

If you are the most generous person on earth and fancy getting one as a Christmas present for us here at Joes, we appreciate the love but The Polycade only gets delivered in the US. You could always try getting it through customs! 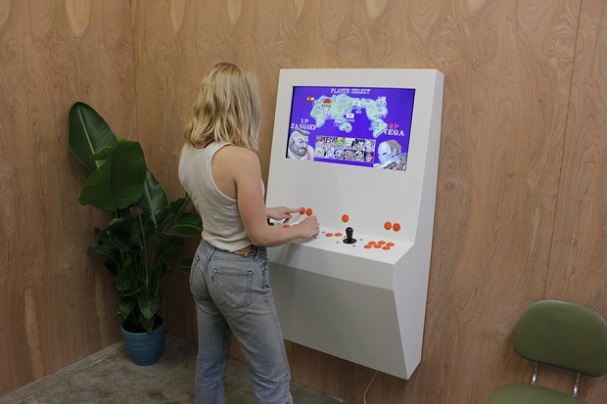