Small-scale personal electric vehicles seem to be on the rise. The success of the Segway has inspired a whole market, and with alternatives like the Oxboard getting some good press, the market appears to be thriving. But what of the humble original scooter? If you’re happy to look get looks of distain down the High Street, we reckon you might fancy a look at the high-performance Vomo Electric Scooter!

All the way from Hong-Kong, the Vomo is a high performance electric scooter that’s packed with features to bring the scooter into the 21st century. It includes a powerful 350-watt motor and has a top speed of 20mph! Now we’re talking!

Many electric scooters on the market just don’t have the power and speed to be used a viable travelling option. But with the Vomo, whether it’s commuting to work, getting to the Tube or bus stop, the Vomo makes it easy and, let’s be honest, ridiculously good fun.

It’s also pretty handy in size at just 29cm x 89cm x 16cm when folded. It also weighs in at just 13.5kg, so you should be able to take it anywhere. If carrying isn’t your thing, the Vomo has also been designed so you can roll it just like a suitcase. 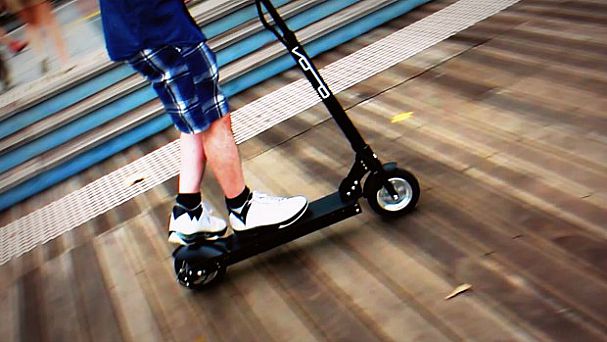 As this is a 21st century scooter, the Vomo comes with an LCD display which displays; 5 power assist levels, a total odometer, a trip odometer, an RPM reading, voltage reading, speed reading and a battery level reading.

The Vomo comes with the very latest Samsung Lithium Ion 18650 Battery with Vomo saying the scooter can go for over 20 miles on a single charge. It’s durable too with some 8 x 2-inch tubeless inflatable tires that offer some seriously smooth handling.

Coming in either matte Black or aluminium Silver, the Vomo Electric Scooter was sold on crowd-funding site Indiegogo earlier this year and smashed through its target. It’s now going into production and will set you back around £225 for the 8.8A version, which has a battery life of about 4 hours, or around £255 for the 11.6A version, which will give you an extra hour of battery. Deliveries will begin in September this year, so get over to the Vomo Indiegogo Page for more details! 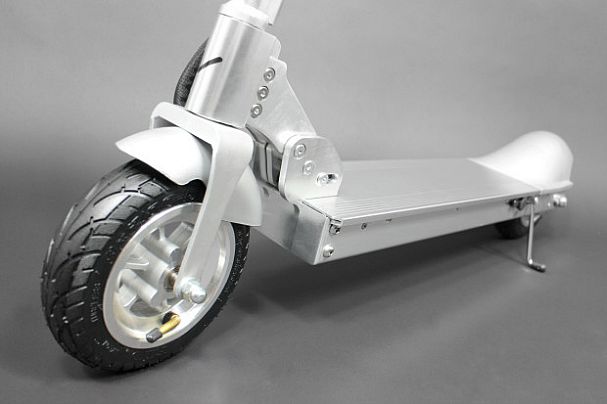