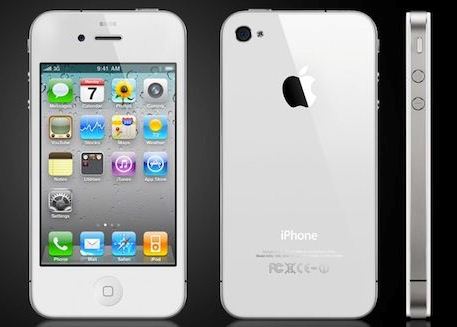 Does anyone care about the White iPhone 4?

Now you might not remember but way back in June 2010, yes over 6 months ago (!) something called the iPhone 4 came to the game and Apple changed the smartphone market yet again! Not only was it due to be sold in black, it was also touted to have a white twin. Some might say the Unicorn of the phone world (after all no-one has ever bloody seen one!) Some seven months later and we are reading that the White iPhone is nearly ready to ship, but let’s be honest, does anyone actually care anymore?

If you really wanted a white iPhone you can have one. DIY kits (albeit probably fake) have been available from nearly day 1 at less than $150 a pop. A young teen from Queens even got on the wrong side of Apple by buying parts direct from Foxconn and was rumoured to make a turnover in excess of $100K within the first month alone. The website has been down for a while so we can only assume the fuzz got the better of him, but hey if you are lucky he still might turn you a trick on a street corner…

This then brings me nicely along to the release of the iPhone 5, which if we go by Apple’s past release schedule, is no more than 6 months away. Now say if Apple release the white iPhone 4 in Feb, who in their right mind would buy that knowing it will be old tech in just 5 months time? OK a few bimbos but can anyone really warrant that kind of spend, tie yourself to a 12, 18, maybe 24 month contract and know all your re-sale value will drop in a few months?

For us, this has to be Apple spin to try and prolong the shelf-life of the iPhone and keep sales ticking along nicely until the iPhone 5. Except for the externals then surely everything else will be pretty much the same as the standard iPhone 4? We haven’t seen any hard evidence to suggest that there are any major improvements, so unless it has actually taken Apple 6 months to find some decent white paint to stop the light emitting problem this is the marketing machines latest ploy. And you know what? it will probably bloody work!