Microsoft held it’s Window 7 conference today and with it detailed the OS as well as a number of new phones that will run it. Stephen Fry has been using W7 for over a week now and he loves it. Not to mention the addition of the another OS, should push everyone to try that little bit harder in future releases. Rather than release all the details, we thought, for the average joe, you might just like a round up of the juicy bits…

Windows 7 Operating System
It seems Microsoft is pitching itself slap bang in the middle of the market, not just aiming at personal users, but also business users as well. Zune (unpopular music service) and the Xbox live service are integrated directly into the OS. Xbox live already has 23 million subscribers worldwide and this will see huge pulling power for gamers and game app developers alike. Although the Zune music service has not taken up as Microsoft would have liked, it will be released in the UK for the very first time to conincide with the Windows 7 launch.

When it comes to business users you can expect a complete suite of the MS Office applications, as well as free syncing with Microsoft’s 25 gig storage service and various apps within ‘cloud computing’. Given the amount of businesses using Microsoft servers, office apps and outlook this is sure to be a huge plus.

Launch in the UK is penned for the 21 October with a minimum of 5 phones going live at launch, while the US will go live with 9 phones from November. The UK handsets are;

HTC Mozart (Orange Only)
The Mozart is HTC’s top dog, with a 3.7 inch WVGA LCD screen, a 1GHz Qualcomm MSM8250 processor and 8GB of built-in storage. The camera is an Xenon flash with 8 megapixels and of course includes the 720p HD video recording. All of this is housed in the aluminium body which feels solid in the hand and just oozes class. 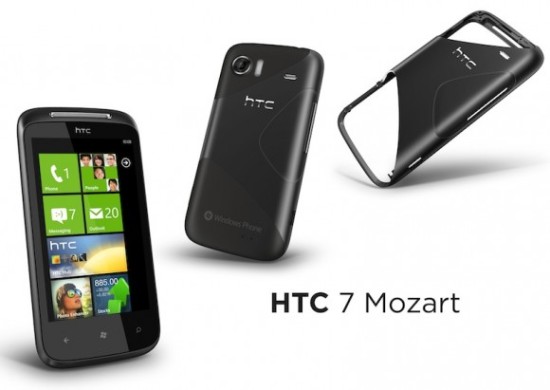 HTC Trophy (Vodafone Only)
The Trophy is HTC’s entry model to get you into Windows 7, very similar in spec to the Mozart above but a slightly bigger screen at 3.8 inches, a plastic shell instead of aluminium and a standard 5 megapixal LED flash camera. HTC promise this to be one of the cheapest ways to get onto Windows 7 at launch. 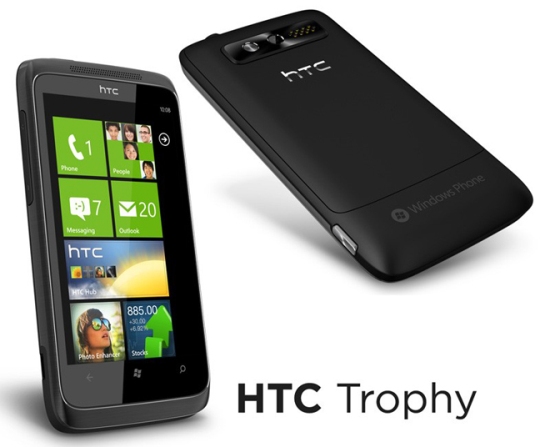 HTC HD7 (O2 Only)
At first I didn’t like the look of the HD7, but the more I see it, the more I like it. As you would expect with HTC the HD7 is ripe with features (near identical to the HD2). Power comes from the 1GHz Qualcomm and the visuals from the 4.3″ 480 x 800 LCD which is as crisp as you would expect. Storage comes in either 8GB or 16GB and the camera is a 5 megapixel affair wither auto-focus, dual LED flash and of course 720p HD recording. 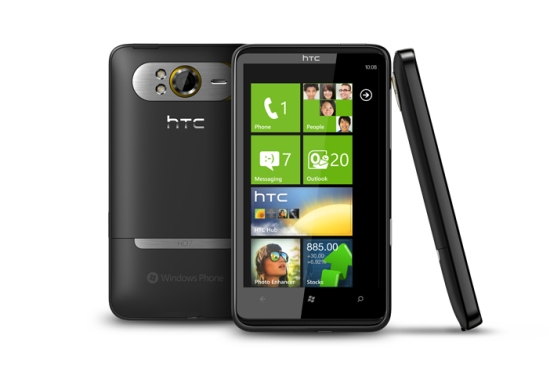 LG Optimus (Vodafone Only)
For us, probably the poorest handset on display, power is from the 1GHz processor, but the screen lacks real punch with the 3.8″ 480 x 800 LCD, storage does hold it’s own at over 16GB but a standard LED flash camera at 5 megapixels with no HD doesn’t really excite us… 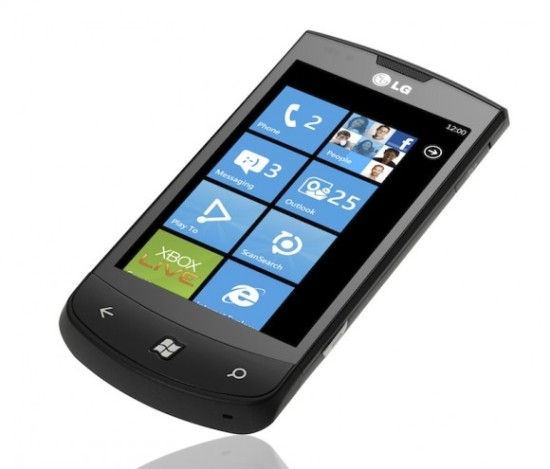 Samsung Omnia 7 (Orange Only)
The only Windows 7 phone to run a Super AMOLED screen at launch, the Omnia 7 will be powered by a 1GHz Qualcomm, visuals will be from the 4″ 480 x 800 Super AMOLED screen, internal storage comes out at 8GB and for the camera you can expect 5 megapixels, LED Flash and 720p HD video at 25fps. 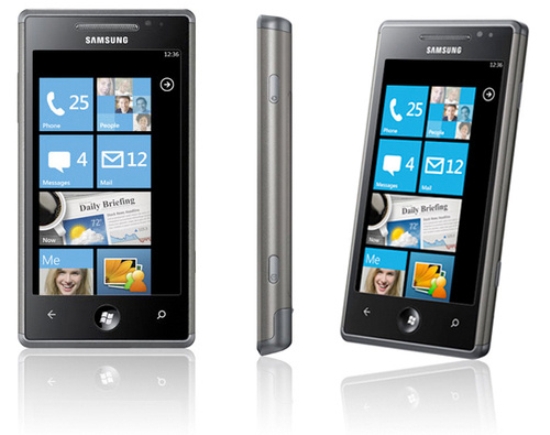 So what do you think of the lineup, and of Windows 7 in general? People love to hate Microsoft, but we are excited to see them in the market and push the other developers even more. Don’t forget, Microsoft wrote the rulebook on OS’s and people may whine about them but there is no doubt they have changed the way we live today. For me, I am torn between the HD7 and the Mozart to put on my Christmas list…